Monique Jaques is a photojournalist based in Istanbul, Turkey. She has spent the past four years focused on documenting issues in the Middle East as well as Afghanistan and India. This year she was nominated for the Prix Bayeux-Calvados ‘Young Reporter’ award and she was listed on the 30 Under 30 Female Photographers’ from Photoboite. Her project ‘Growing Up on The Gaza Strip’, first published in the New York Times. She was also shortlisted for the 2013 Photocrati Grant. In 2012, she was selected as one of the recipients of the PROOF Award for the Emerging Photojournalist for her work in post-war Libya and featured in the Bursa Photography Festival. She was also featured in the Ian Parry Scholarship show in 2009 and received an Honorable Mention for the 2008 New York Photo Awards. Her work has been published by The New York Times, The International Herald Tribune, The Christian Science Monitor, The Economist, GEO, The Guardian, and CNN, among others.

Monique Jaques is a 2014 International Women’s Media Foundation reporting fellow in the Democratic Republic of Congo and this is the bag she used for the fellowship. 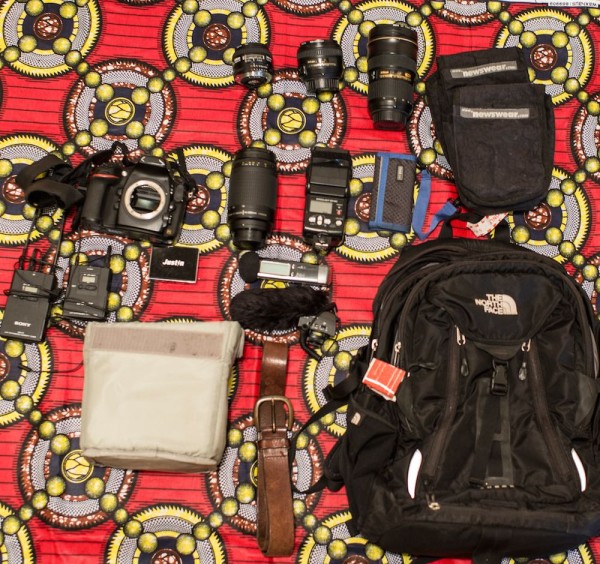 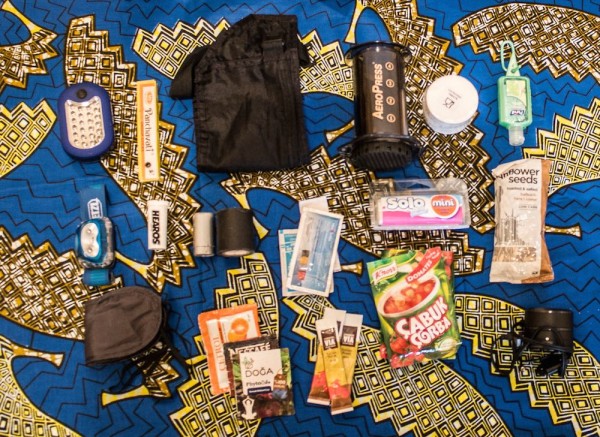 16. Hanging flashlight. Helpful for the consistant blackouts that happen in Congo.
17. Incense, the cure for smelly hotel rooms.
18. Money belt, old school but always works. Really helpful for cash based economies like DRC.
19. Aeropress coffee machine. After carrying around my own french press, and finding glass covering my suitcase, more often than not, I found this hard plastic travel press. The filters (20) make it a compact and easy to clean travel device for the coffee nut.
21. Purel. Along with electricity, running water can sometimes be scarce and keeping bacteria free is critical when working.
22. Headlamp
23. Earplugs for the light sleeper (me)
24. Electrical and Gaffe tape.
25. Wetwipes, usually stolen from Turkish Airlines. Congolese mud seems to find its way everywhere.
26. Toilet paper, you can never count on it being there.
27. Sunflower seeds, granola bars and other snacks that can last in your bag and you can eat on the road.
28. Eyepatch
29. Tea, Coffee, Oral Rehydration Salts. All necessary for a happy healthy journalist.
30. Starbucks Via, for when there’s no time for the Aeropress.
31. Instant soup. Gross but handy when everywhere is closed.
32. iHome speakers. Plug into any iphone, ipod or music device. Also can be used in rental cars and on boat rides. Charge from USB lasts forever. 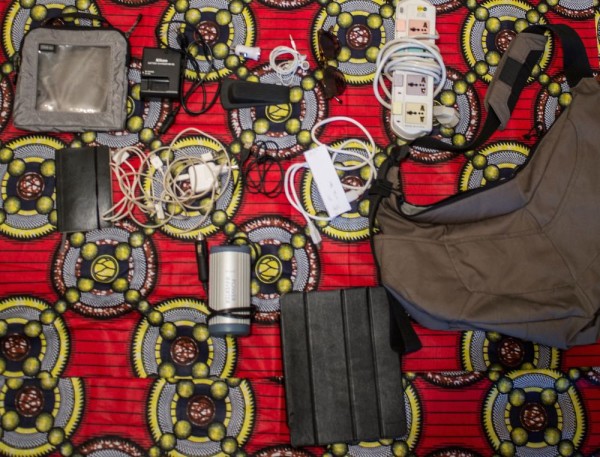 Tagged
Travel Middle East
What did you think of this story?
Meh
Good
Awesome

Upgrade Your Camping Experience With This Luxury Camp in Jordan

This Is Dubai's Most Extravagant Seaside Resort

This Is What It's Like To Sleep Under the Stars in Wadi Rum, Jordan

How To Find Sherbet, a Refreshing Beverage Sold by Mobile Vendors in Turkiye