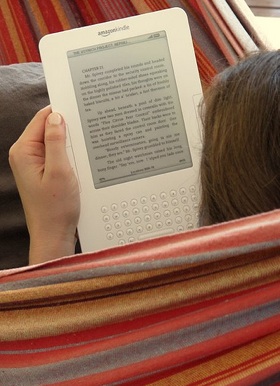 Photo by The Creative Penn, feature photo by Eg0n

Good news for travelers who rely on gadgets for reading: the Guardian reported yesterday that eReader owners can now access the New York Times book review by standalone digital subscription. The book review will first be made available for Sony eReaders, with the Kindle and nook soon to follow. Pricing for the subscription hasn’t been announced yet.

As the Guardian pointed out, this is another example of the newspaper looking for new revenue by “deconstructing the New York Times into its most valuable pieces for various platforms.”

Another example of publishers joining the digital age, no doubt spurred by the release of the iPad earlier this year. At the 2010 eReader Symposium, where the NYT book review plans were announced, deputy managing editor of design Chuck Rose also mentioned an app in development for USA Today:

“When Steve Jobs made the iPad announcement, [USA Today Publisher David Hunke] said we want to be in the store on the day of launch.”