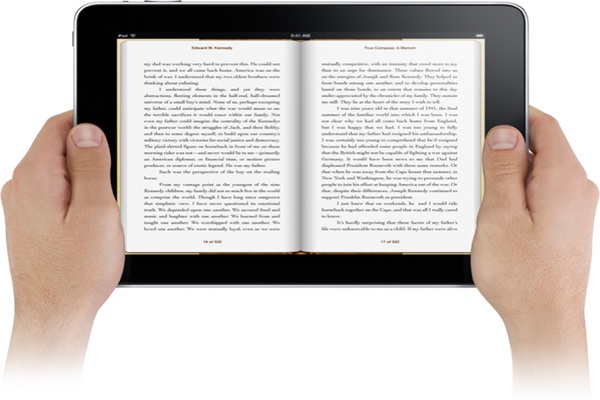 Apple’s iPad went on sale March 12th, and Investor Village’s AAPL Sanity board reports that nearly 120,000 have been pre-ordered.
class>

Apple began accepting pre-orders yesterday for both Wi-Fi and 3G enabled iPads, each available with 16GB, 32GB, and 64GB and free shipping. The Wi-Fi versions are reported to ship on April 3rd, while the 3G devices will ship in late April.

The iPad does not come with iBookstore app, but it is a free download. Interestingly, Barnes & Noble announced that they will soon offer their own app for the iPad – a wise move, as not all eReader fans will prefer the nook to Apple’s device. Barnes and Noble posted on their blog Thursday that this is part of their promise to provide consumers with “any book, any time, anywhere.”

AirFly Pro Is the Best $50 I’ve Ever Spent on a Travel Accessory
Tortuga Setout 45L Is the Best Travel Backpack for Your Money
How To Travel With a Carry-On Only, According To a Professional Packer
This Travel-Approved COVID Test Is Still One of the Most Helpful Things To Pack Before Going Abroad
We Put the ‘Shark Tank’-Famous Beach Chair To the Test and Found Our New Favorite Summer Seat

This Travel Towel Actually Frees Up Space in Your Luggage, and Its 30% Off Right Now