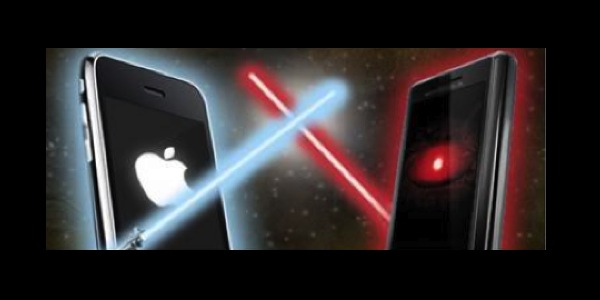 class>
As the epic battle between iPhone and Android, touchscreen and keyboard, and good and evil rages on, developers are becoming more focused on the deciding factor: how can we make it easier for drunk people to text about walking in on their parents?

Enter Swype. (If you haven’t heard of it, I promise I didn’t just misspell Skype in the title.) A Swype keyboard has the same layout as QWERTY, but rather than tap each letter, you touch the first letter of the word and drag your finger to the following letters. In other words, you swipe. (See how they did that?)

So which is faster? TechCrunch did a little comparison:

Swype wins. Or rather, won. Because (of course), less than twenty-four hours later, a die-hard Jobs groupie dropped his thumb weights to prove them wrong:

And the battle continues. Who will win? Will humans ever discover the ideal texting solution? Will it perhaps involve implanting a chip in our heads that allows us to text via brain waves? Is there anything geekier than this? And more importantly, will anyone ever hold a verbal conversation again?