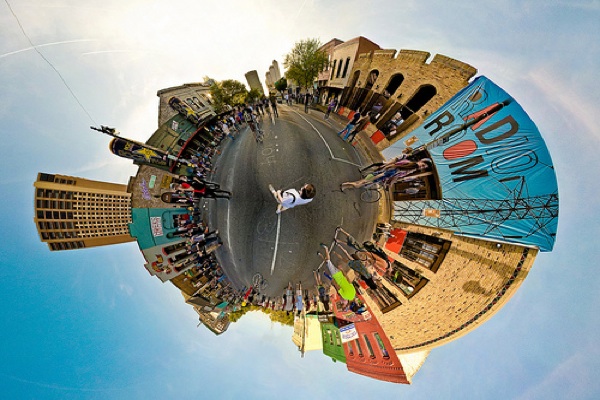 Before the music and film and mad drinking begins – well, maybe during the mad drinking – what can tech fans expect to be revealed at SXSW Interactive 2010?

I’m a gadget geek, sure, but I’m a music geek first. So when I hear about the SXSW festival in Austin, my first thought is always “who’s playing?”

But this year I’m more curious about the latest in technology rumors that will surely start flowing through the blogoshere on March 12th. As TechCrunch pointed out, Twitter won the SXSW Web Award…in 2007. Well before it became the “OMG I can’t live without it” little piece of social media that it is today.

So what should we expect in 2010? Scrolling down the schedule, a few things in particular catch my eye:

Could The iPad Have Saved Gourmet? The (New) Future of Magazines – Love the title. Hope someone sends the memo to a few folks in the publishing industry.

Interviewing the President: How YouTube Can Do It Better – As the event description says, “come learn how engaged citizens, accidental reporters, aspiring journalists, bedroom vloggers, cable news-clippers, and the mainstream media co-exist in the YouTube news ecosystem.”

Recession 2009-2010: The Best Time to Launch Your Startup – They say more than half of our biggest companies were started during a recession or depression. Possibly some great tips here for those ready to break free and do their own thing.

Social Media Marketing for Your Business – Sound advice sure to be found here for those social media douchebags we all know and love.

And those are just on Friday. Other highlights answer serious issues, like how to promote your brand with apps, to the seemingly inane (but most likely necessary) question: can you copyright a tweet?

What do you expect to see from SXSW 2010? Share your thoughts in the comments below!

How to plan for 2021 travel in the age of COVID, according to 23 travel agents
Everything Americans need to know about traveling to Mexico right now
The best stops on the Blue Ridge Parkway
7 countries you can’t enter if you have a DUI
France’s Loire Valley overflows with elegant castles and flawless gardens