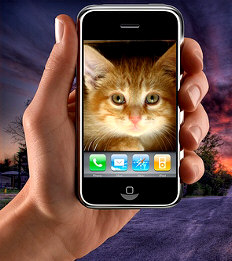 [Photo credit at end of article]

Since Jeeves came on the scene in 1996, the web has quickly become an indispensable resource of know-how for travelers of all motives and means.

However, many hostels still have unreliable wireless connections, and there’s usually a line for their £3 per hour Easy Internet booths (which are suspiciously sticky).

Here’s where the mobile web comes in.

The iPhone’s real innovation is not technology. The programming language behind it, Objective C, has been around since the early ’80s. Rather, it makes that technology fully portable without muting its potential.

Think you can’t afford one? Your collection of increasingly plebeian travel gadgets probably cost you much more.

Apple’s “smart phone” is a sky’s-the-limit concierge: small enough to travel without the extra baggage charge and large enough to store music for your listening pleasure at 7,000 feet.

Once you’re back on the ground, the device’s new applications ( or apps), unleashed by developers last Friday, make the iPhone an erudite expert in many destinations and cultures, ready to serve you everything from hotel directions and weather reports to advice on the best Chinese cuisine (and how to politely order in Mandarin). 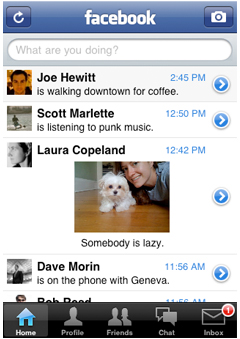 Download your Facebook contacts into a slick interactive address book for offline viewing. Having trouble mailing a postcard to a notoriously nomadic friend? Once you’re back on the grid, the application automatically updates any changes fellow travelers might have made to their contact information.

You’re one tap away from dialing a friend or mapping their address, and you can start real-time Facebook chat sessions with contacts who are also online.

Spend makes it eerily easy to see just how quickly your expenses are depleting your budget (be honest: your “food” budget included a stop at Hofbräuhaus!). Track your spending and bank deposits, create daily or yearly budgets, and easily change your geographic region to monitor it all in the local currency.

While detained by officers on a visit to Egypt last April, James Karl Buck texted a one-word SOS (“arrested”) from his mobile phone to 48 of his friends on Twitter’s growing social network. Ultimately, the tweet’s value was priceless. His friends hired a lawyer, and Buck was quickly released. If this application had existed, that historical tweet wouldn’t have appeared later on the Berkeley student’s phone bill.

Convenient for quickly updating friends internationally and en masse without incurring SMS charges, Twitter’s application is a must-have for your treks into the unknown.

Become the Al Roker of your tour group with WeatherBug’s radar imagery of current meteorological conditions (Nerd alert: you can manipulate the opacity of the little green blobs on the map). Save up to 20 locations, many of which feature live webcams, and this application will bring you National Weather Service alerts of severe weather nearby. 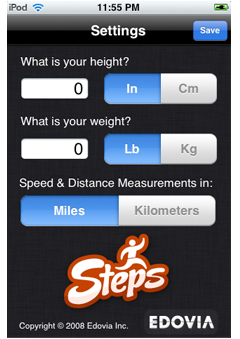 For those times when Grandpa claims to have just walked 20 miles in the snow, have him check his new phone-cum-pedometer. Here’s to hoping the next version’s calorie tracker takes elevation into account. 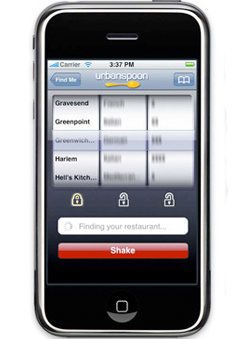 Described by its developers as “part Magic 8 Ball, part slot machine,” UrbanSpoon is the perfect solution for the city traveler overwhelmed with restaurant choices. This clever application uses the iPhone’s GPS to generate a list of nearby neighborhoods which can be narrowed down to just one area if you like.

The cuisine and cost are dynamic; pick a value from categories or have the application randomly populate them. Shake the phone (nerd alert: it’s the phone’s accelerometer at work), and a restaurant listing appears. Reluctant to leave your dinner choice in the hands of the iPhone gods? Touch UrbanSpoon’s selection and see what other diners think of the restaurant. 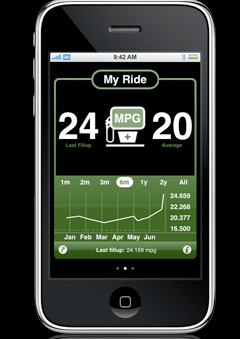 A bummer for international travelers: Without an easy way to convert “miles” or “gallons,” this application won’t get much mileage outside the States. 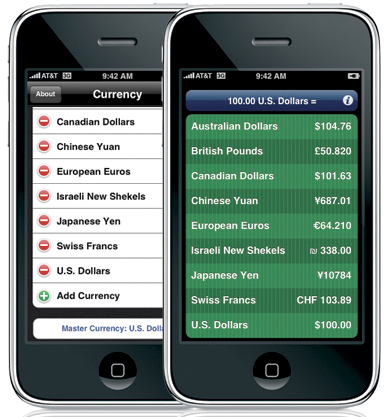 Forget trying to keep up with exchange rates, this smooth and simple software does it all for you, supporting 55 currencies for more than 70 countries.

Hock your Rosetta Stone before your fellow travelers realize there’s a free 4.8-ounce phrasebook that whispers sweet pronunciations into your ear. Use Lonely Planet’s application to get around town, order food, impress a date, or call for help without flagging down a translator.

The phrasebooks are initially being offered in ten popular languages, arming you with basic communication skills in an impressive number of destinations worldwide. 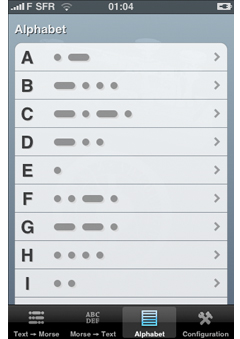 Prefer speaking in code? For a buck, this application translates your phrases into internationally recognized dashes and dots.

“Live” transit routes with GPS: Not quite ready yet

After the iPhone’s debut last year, public transit authorities in most major cities amped up their mobile web presence. Last week, developers went one step farther by offering paid transit applications that boast GPS-based features. Unfortunately, not even the iPhone’s 3G network is immune to losing its signal indoors, rendering the device’s GPS useless once your transportation goes underground or through a tunnel.

Save money by pointing Safari to one of these freebie sites:

Need to get around on the London Underground? Jonathan Furness has optimized a Tube map for the phone, a perfect complement for Uku Can’s cleverly named “Mind the App” tube schedule.

As the iPhone revolutionizes the meanings of both “all in one” and “on the go”, no longer will finding maps and burning CDs delay the weary road tripper. Today’s tech-savvy traveler is lighter and greener, leaving room in her luggage for that bonsai tree her mother wanted.