Addressing climate change happens at the city level. And when cities come together to take climate action, it can have a major impact.

That’s the reasoning behind the C40 Cities Awards. Presented at the C40 Mayors Summit, these awards included 10 separate categories, including social equity in climate change. The programs these cities have put in place innovatively address climate change head on, federal buy-in notwithstanding.

If you’re considering a vacation, or even a move, and climate change matters to you, check out the list of this year’s C40 Cities Awards winners: 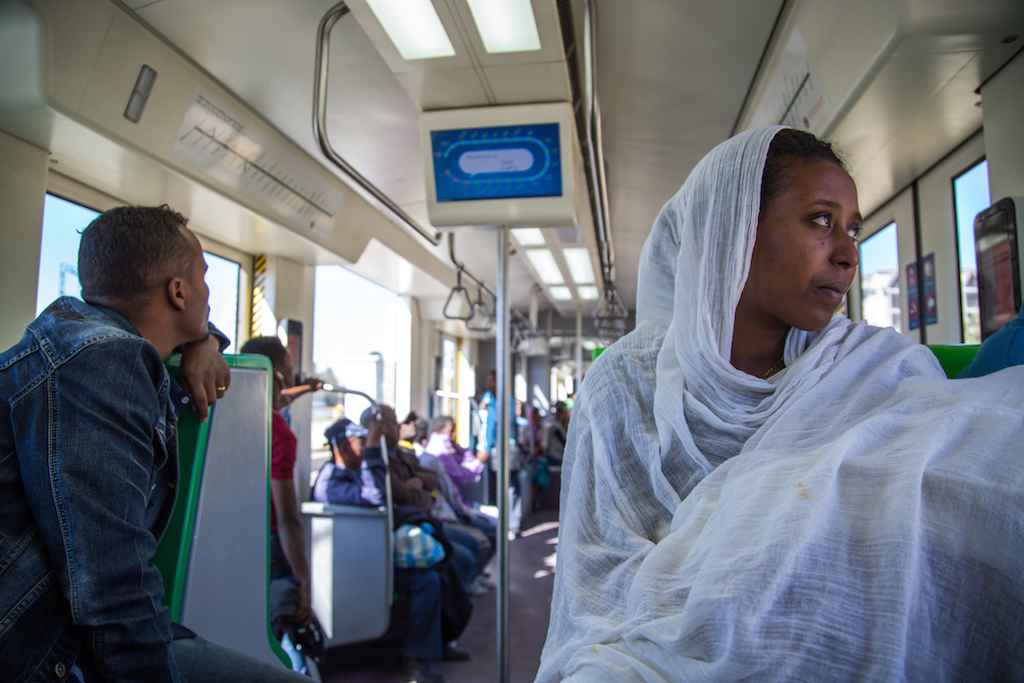 A lady holding her baby wrapped in a white shawl is transported on an Addis Ababa LRT. (Mulugeta Ayene/AP Images for C40)

The Addis Ababa Light Rail Transit Project brought the first ever light rail system to Sub-Saharan Africa, improving the city’s public transport system dramatically. Not only did the project (which is already running at full capacity) create more than 6,000 jobs, the cumulative emission reduction potential is forecasted at 1.8 million tons of CO2 by 2030. Transportation alone made up 47% of the city’s total emissions, making the impact of this project possibly life-changing. 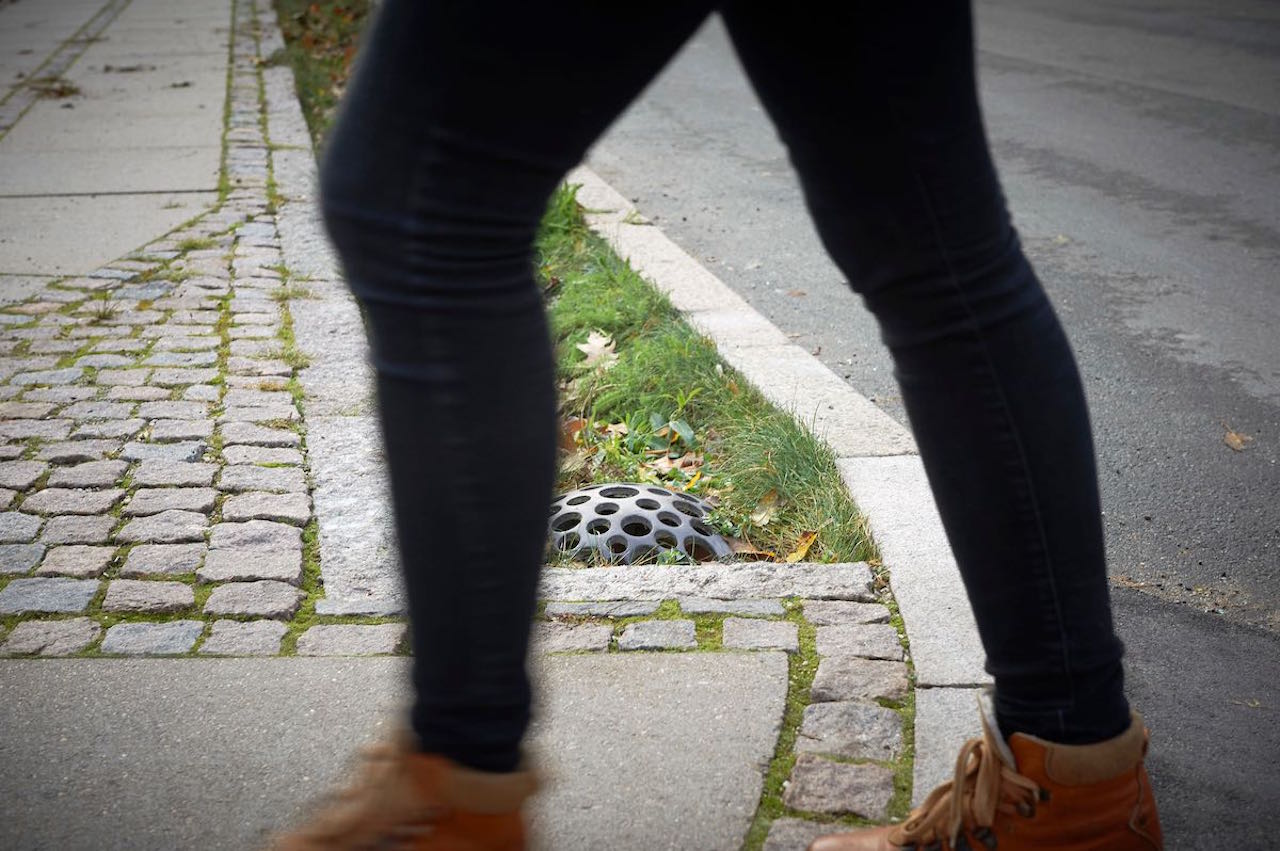 In the suburb of Tåsinge Plads drains can be seen where water is guided through into underground basins. (Jens Dige/AP Images for C40)

Denmark is made up of over 400 individual islands, making it extremely prone to rising sea levels and flooding. Recognizing the rise in global temperature and how it could affect the lives of almost everyone in the country, Copenhagen created the Cloudburst Management Plan, which is an integrated system of greenstreets and pocket parks that will function as water retention areas and water basins, essentially depending on natural plants and soils to retain and filter water in the water that nature is already accustomed. 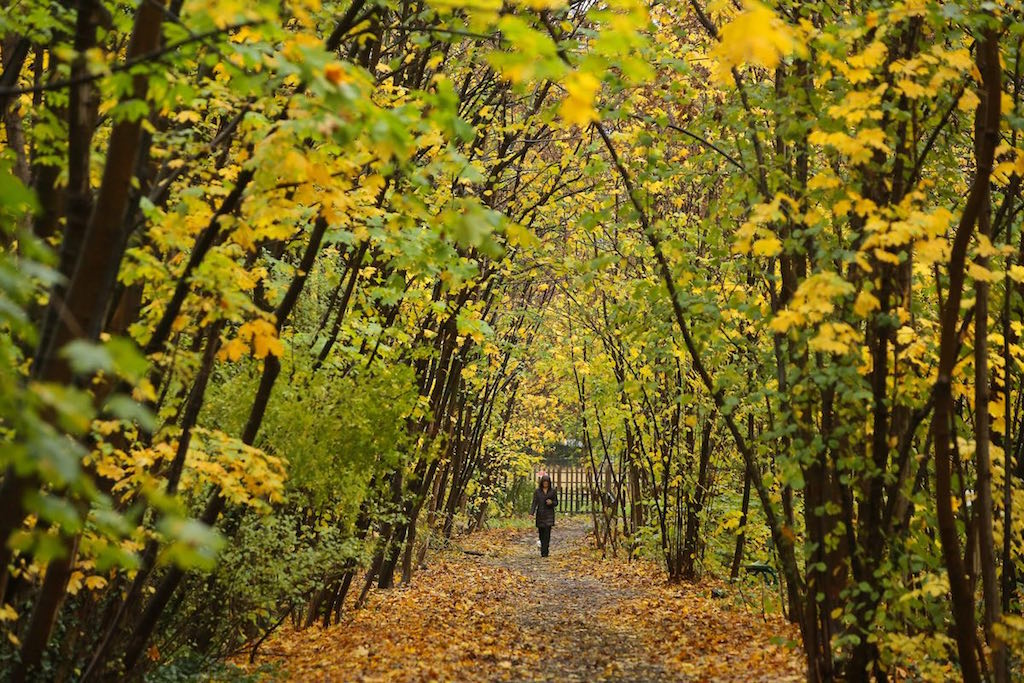 A woman walks on a path through a green space, in Paris. (Thibault Camus/AP Images for C40)

Paris is also looking ahead, which is why their Adaption Strategy earned them an award this year. They’re tackling climate change-related challenges such as heat waves, flooding, droughts, and other sustainability issues like air pollution and the health risks that come with it. By 2020 the city of Paris plans to implement a greening program that decreases heat-related risks, infrastructure to assist Parisians when the heat is unbearable, and develop a less vulnerable food supply. What’s great about Paris’ award-winning plan is that any city could reasonably replicate it. 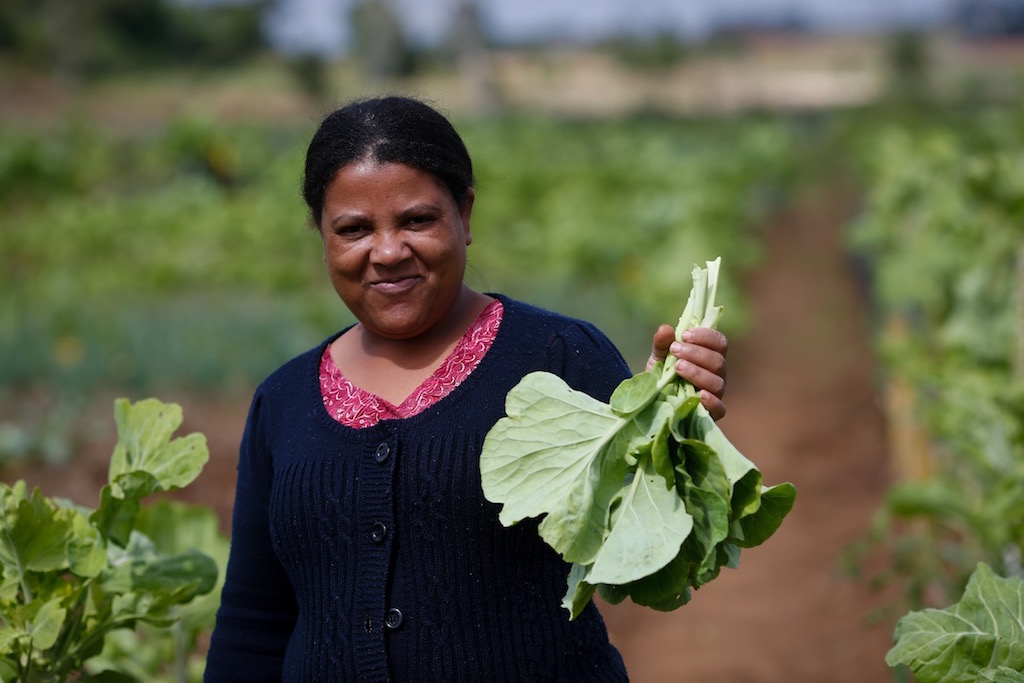 A woman holds produce grown in a community garden under the high voltage electricity grid in the community of Rio Bonito, outskirts of the city of Curitiba. (Rodolfo Buhrer/AP Images for C40

More plants means more filtration of CO2, which is what makes urban agriculture a great strategy for reducing emissions. Curitiba took this approach and has already seen a reduction in emissions. Beyond creating more plant life, Curitiba is also addressing waste transport distances, composting, and environmental education, a great example of how cities have the power to work directly with their citizens to make change. 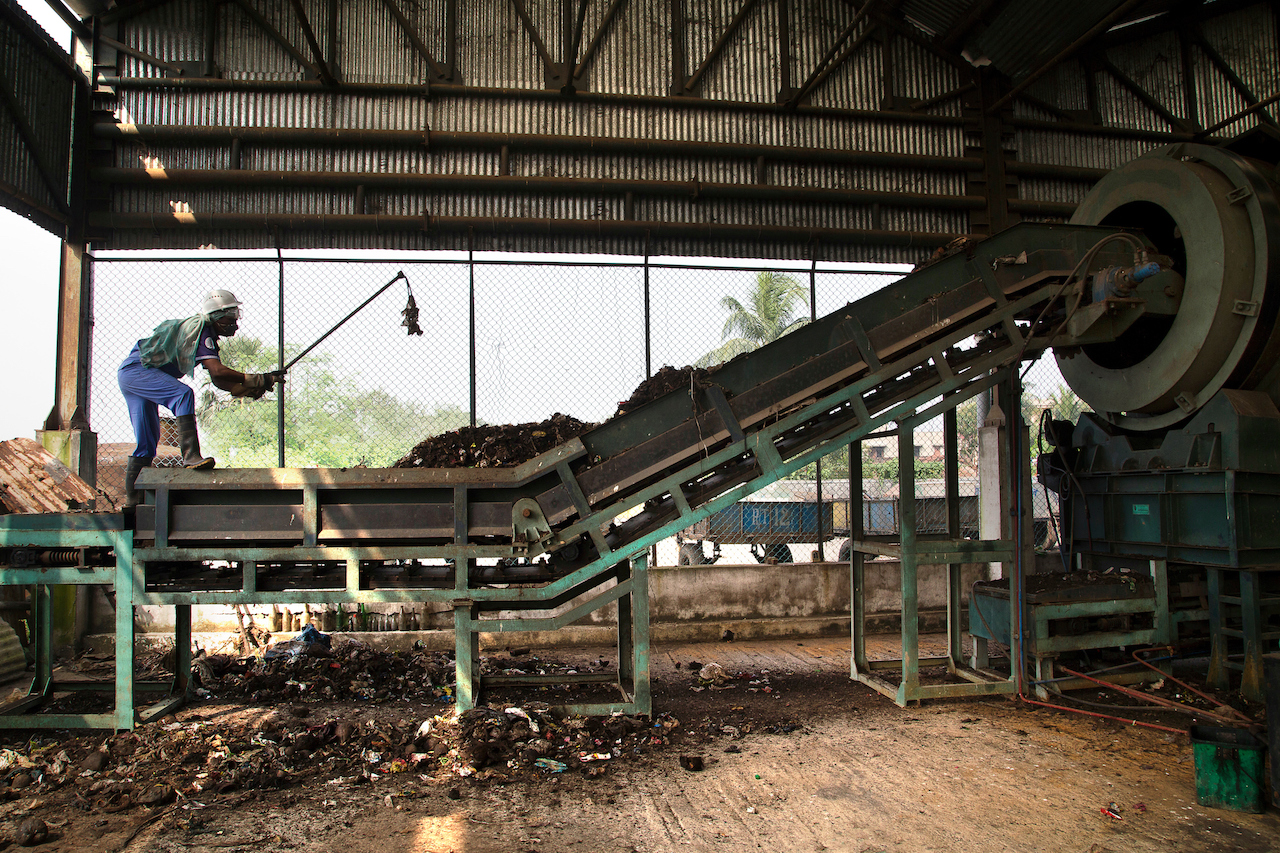 Kolkata has been addressing a separate but just as important type of waste, which has traditionally exacerbated climate risks due to unsanitary disposal practices. Their Solid waste Management Improvement Project has already achieved 60-80% (site-dependent) segregation of human waste, so it’s not mixed in with other forms of waste. By eradicating dumping and burning of waste, methane gas will be reduced significantly. 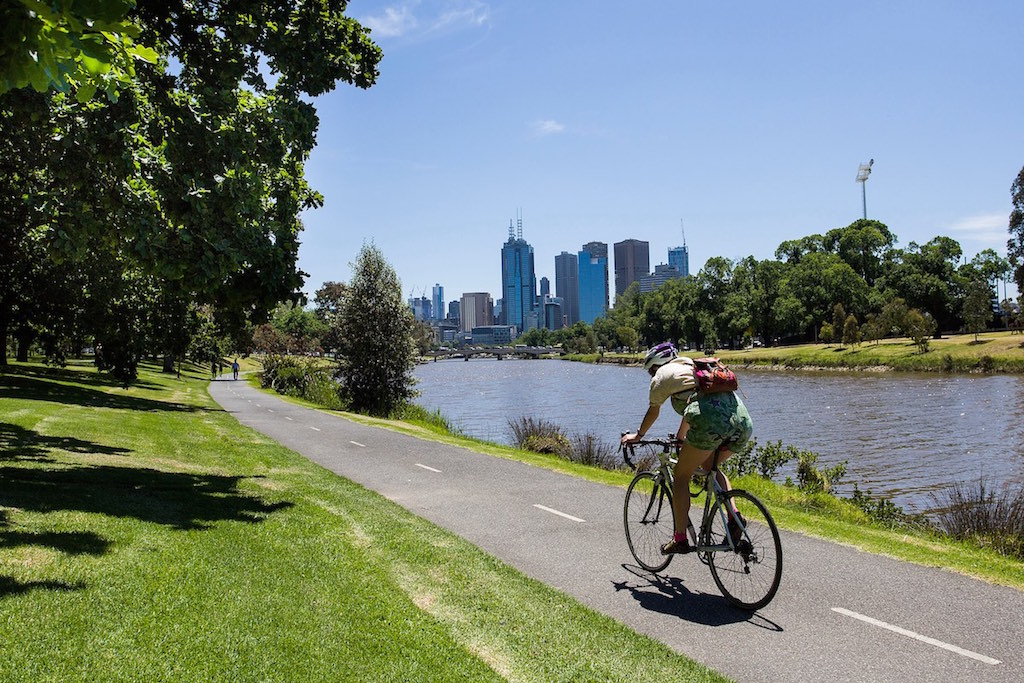 Australia’s city leadership aren’t suffering national leaders saying, “climate change doesn’t exist.” Both Sydney and Melbourne have pushed for climate action despite hostile federal governments, which is why The CitySwitch Green Office program has been so successful. This program helps building owners and tenants prioritize fully reporting auditable achievements in climate action, encouraging members to adopt energy targets 4-Star and 6-Star on the National Australian Built Environment Rating System (NABERS). They aim to have each business that signs on to cut 50,000 tons of CO2 every year. 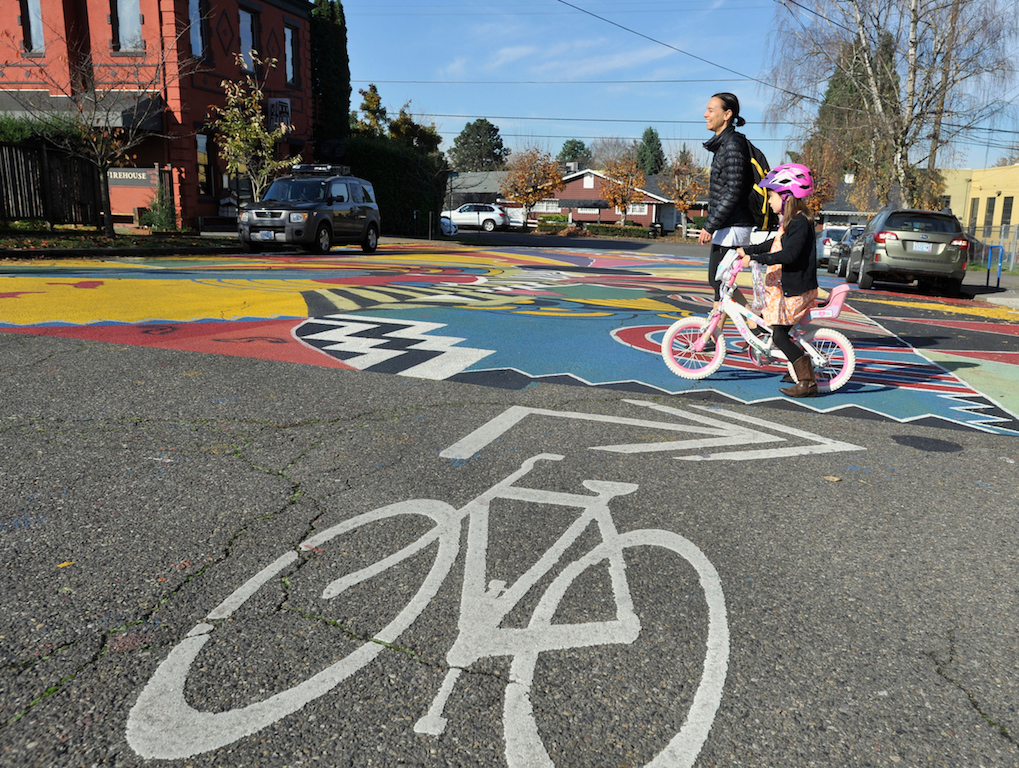 The US has been an absolute leader in climate action over the past few years, but we all know that stands to change at a federal level. Fortunately cities like Portland are refusing to standing down, and if their 2015 Climate Action Plan is any indication, they will be successful. The plan delivers a set of strategies by 2020 to keep Portland on a path to reduce greenhouse gas emissions 40% by 2030 and 80% by 2050. Part of this is to have the proportion of citizens travelling primarily by public transport, cycling or walking rise to 50%, but the entire program aims to result in an annual GHG emissions reduction of 280,000 metric tons in 2020. 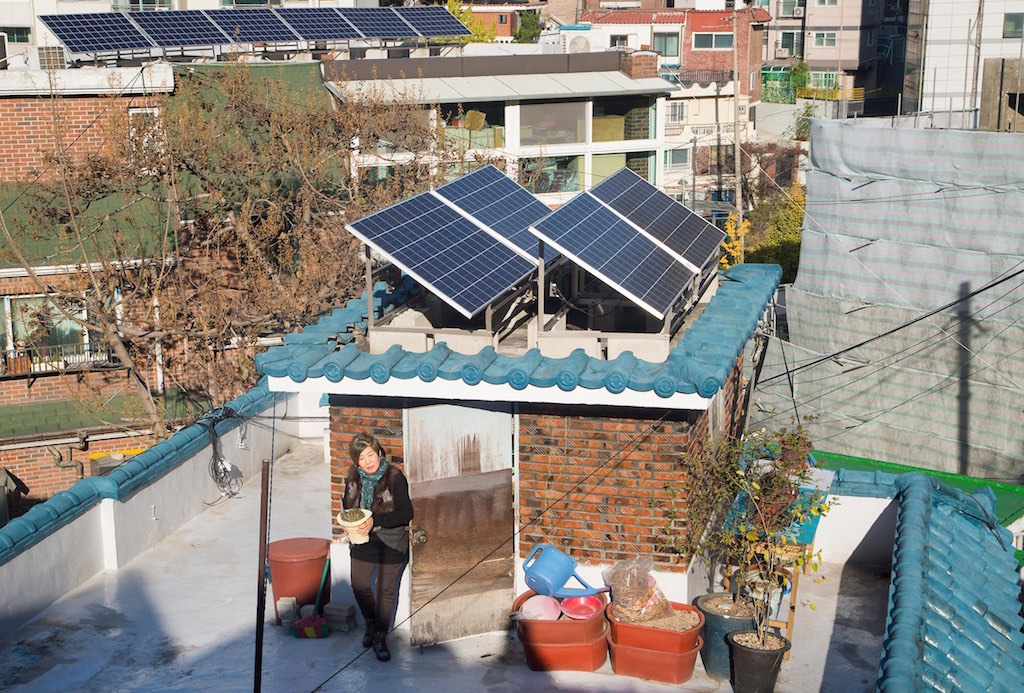 Won Young-Ae, 69, a resident at Sangol village carries a flowerpot on the roof of a house where cool roof and photovoltaic panels are installed for energy-efficient refurbishment by the city of Seoul’s Energy Welfare Programme. Wednesday, Nov. 9, 2016. (Lee Jae-Won/AP Images for C40)

The Energy Welfare Public Private Partnership program aims to contribute to the city’s targets on greenhouse gas emissions reduction while simultaneously reducing energy consumption and spending for low-income families. In 2015, Seoul financed energy retrofits for 1,295 households and aims to finance a further 1,050 households in 2016. Another replicable project with clear, positive results. 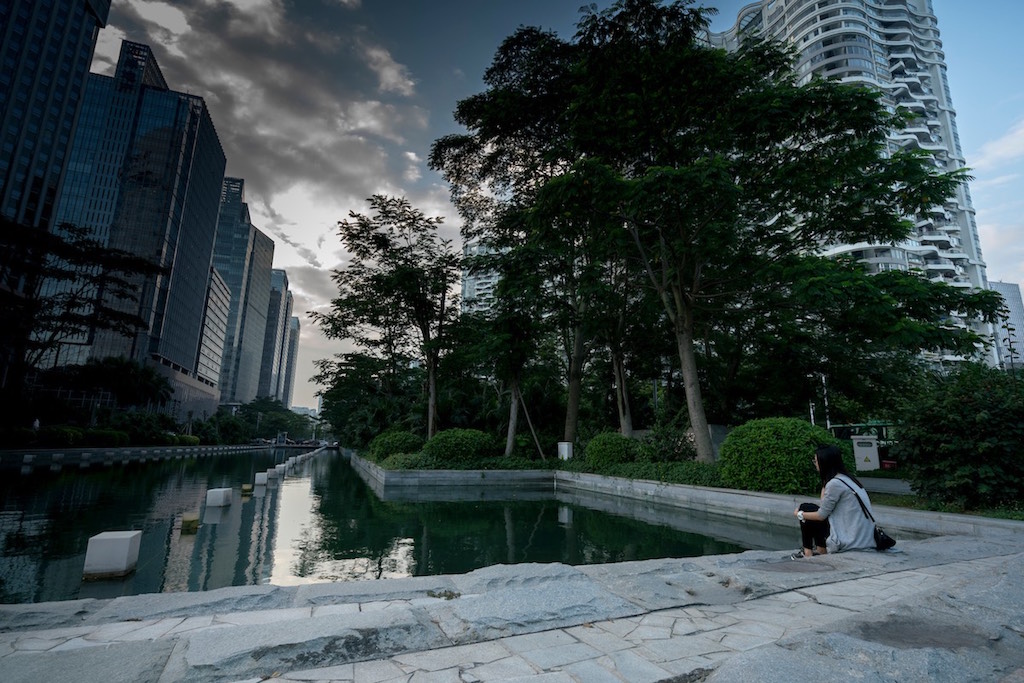 A public green space in the central business district in Shenzhen. (Brent NG/AP Images for C40)

Shenzhen is one of the fastest growing cities in the world with a population of 15 million and an annual GDP growth rate of 10%. The Emissions Trading System recruited 636 enterprises to partake, implementing green, low-carbon development in the city. The success behind this was uncoupling GDP potential from emissions, so costs don’t have to go up just to be sustainable. 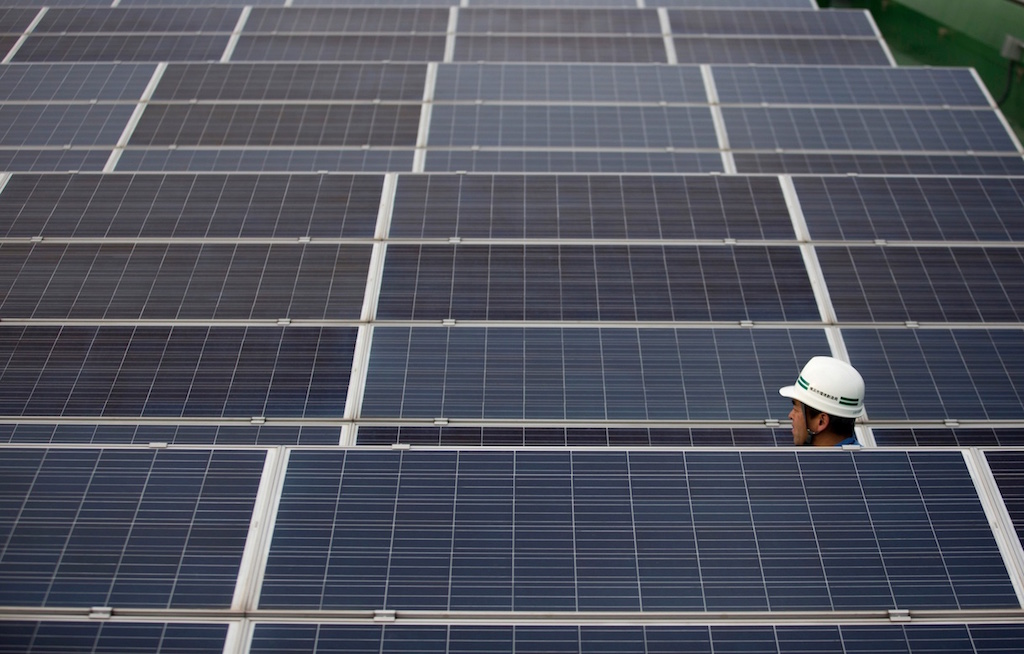 An employee walks past solar panels on the roof of a building at the Hokubu Sludge Treatment Plant in Yokohama, Japan, Tuesday, Nov. 15, 2016. (Tomohiro Ohsumi/AP Images for C40)

Yokohama Smart City Project strives to more effectively manage energy use and mitigate climate change through energy management systems. The city’s action plan sets the target of an 80% CO2 emissions reduction by 2050. The project is designed to engage citizens and stakeholders as a key factor of successful implementation, a characteristic inherent to many of the award-winning cities this year.