Portugal still feels like a dream. As I made my way across the country earlier this year, the image of dark green hills dotted with castles and whitewashed villages flowing into glittering seaside communities cemented itself into my memory. Its variety in landscape never ceases to amaze. One day, I would dive into the Atlantic Ocean on the Algarve Coast and drive through fresh snow at 2000m at Serra de Estrela just a few hours later. 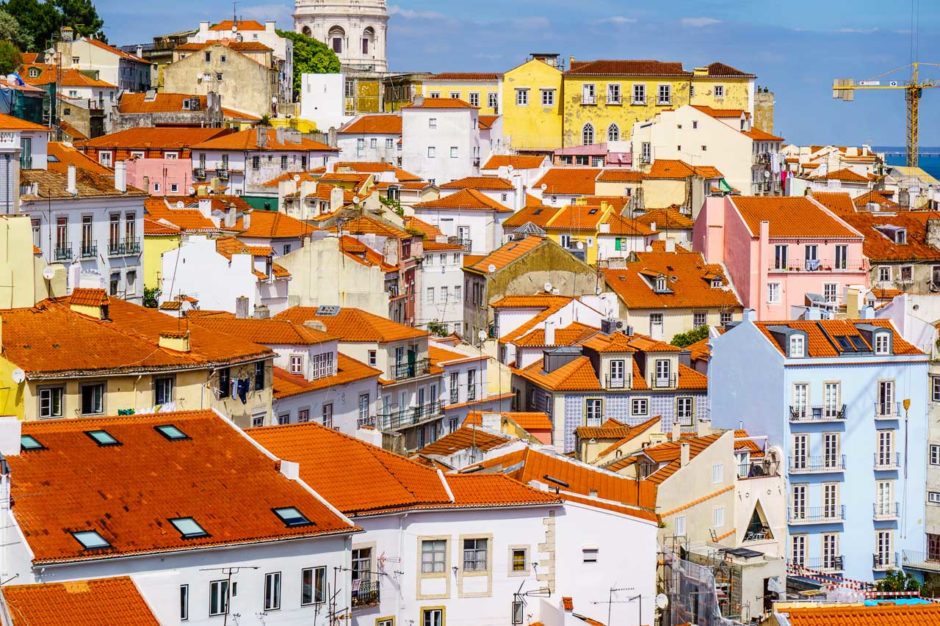 The capital was an obvious starting point. In 1755, a devastating earthquake, tsunami, and a week-long fire shattered the city. Today, it is one of Europe's cultural highlights with an intriguing coexistence of sleepy, postcard-perfect old towns and pulsating nightlife only to be interrupted by the awakening sun. After a few days in the city, I was also introduced to the notion of saudade – a reoccurring theme in Portuguese life and literature. Saudade is an almost untranslatable word referring to nostalgia and intense longing for someone loved. 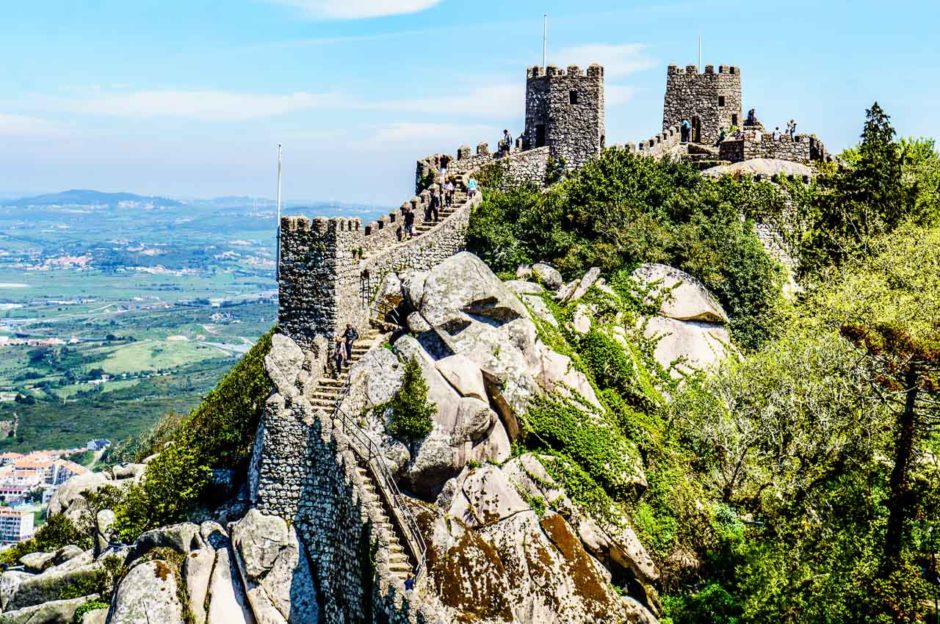 I highly recommend a day trip to Sintra with its bright castles, medieval ruins, and piercing blue sea. Public transport is the most convenient and cost-effective option and will you get there within one hour. If you have a car, it’s an easy 30-minute drive once you’ve left the city. The Portuguese learned the art of building fortifications from the Romans and the Moors, with the most impressive examples being dotted around Lisbon and Sintra. 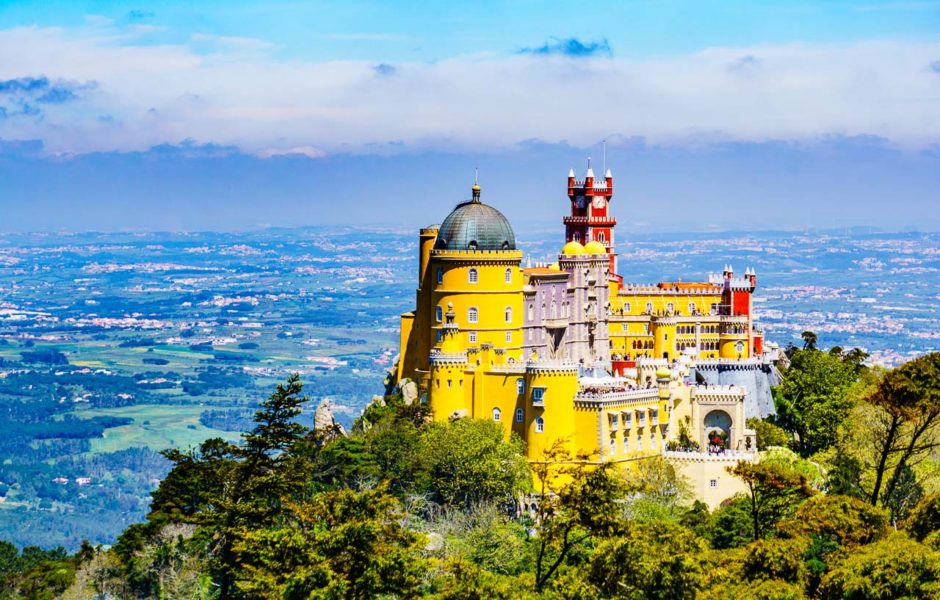 The brightly painted Palácio da Pena is a UNESCO World Heritage Site and one of the Seven Wonders of Portugal. In its early days in the 15th century, it housed just over a dozen of monks and served as a tranquil place for meditation and shelter. During the 19th century, King Ferdinand then began to transform the remains of the earthquake-damaged monastery into a palace that would serve as a summer residence for the Portuguese royal family. 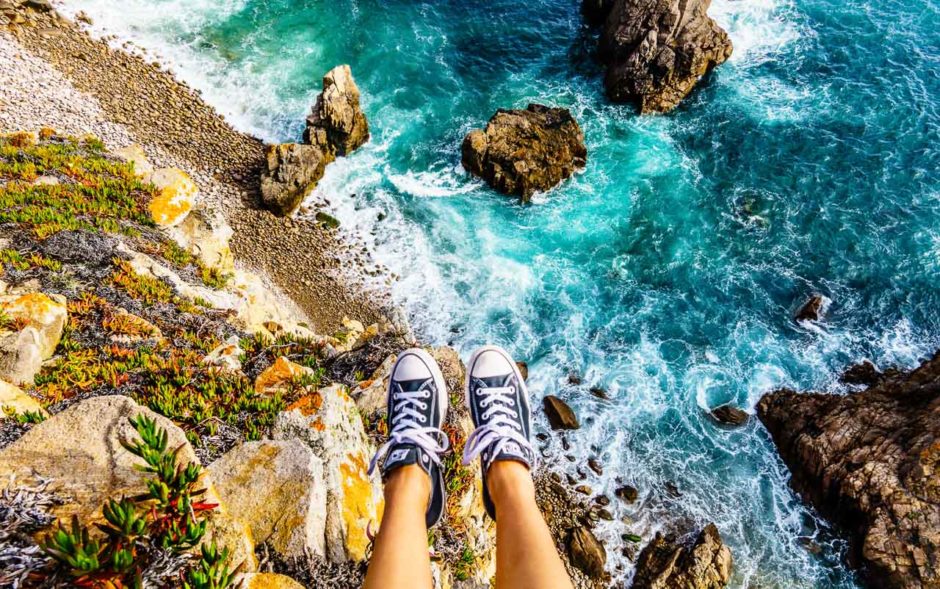 The westernmost extent of mainland Portugal is just a few kilometres off Sintra and offers dramatic cliff side views. Bring your walking shoes and take one of the many short walks along the cape. 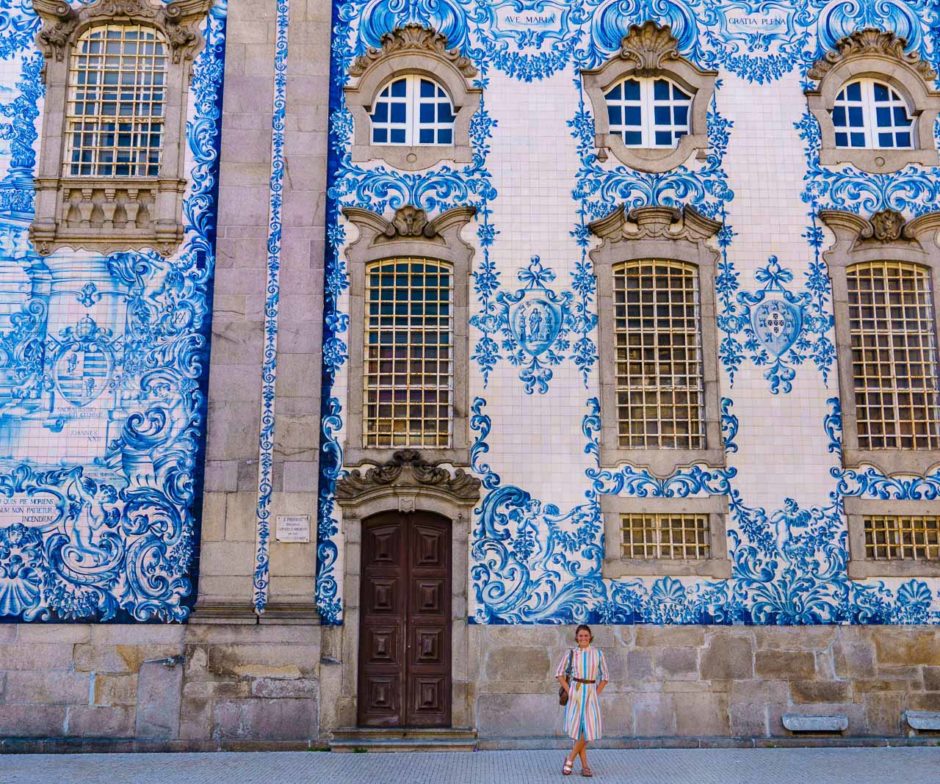 Azulejo-splashed architecture and wine-stained taverns pretty much sum up the town of Porto. I spent my days walking aimlessly through its web of cobblestoned alleys, watching the locals do their thing and contemplating life in general. Did you know that this kind of ceramic tilework serves as both a natural insulator and heat repellent in Portuguese housing? 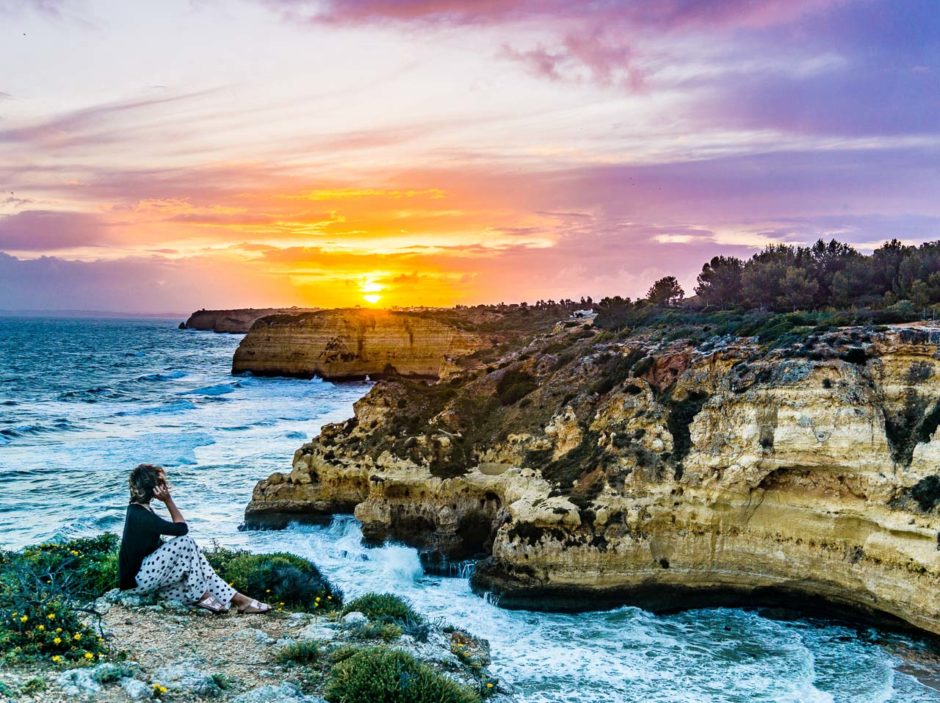 It was here that, in the 15th century, the Portuguese set off on the epic journey that led them to discover other peoples and cultures. And it is here that Portugal sees most of its visitors flocking to. Faro, the gateway to the region, has a beautiful historic centre, while Silves preserves traces of its Arab past. 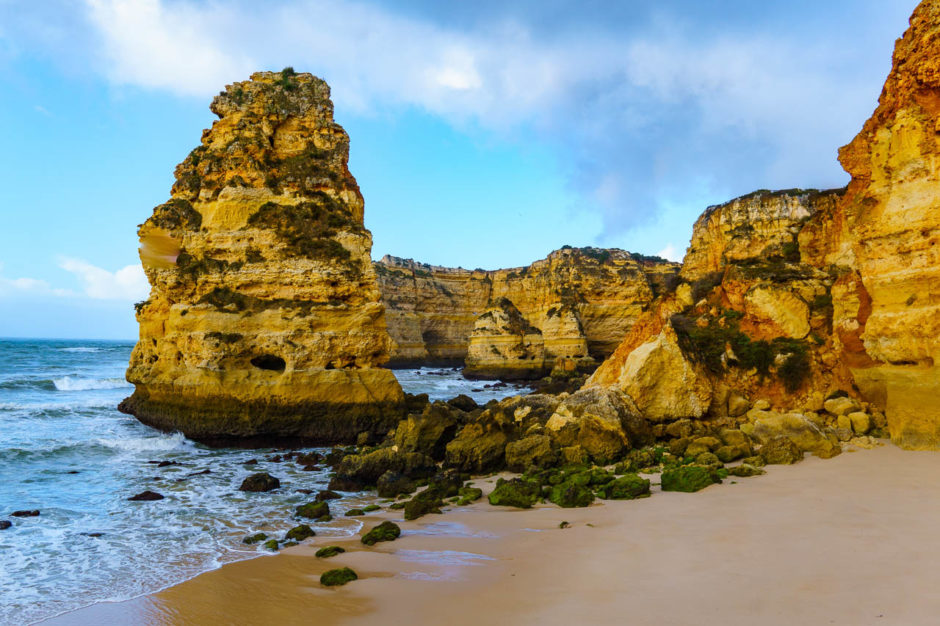 One of the downsides of travelling coastal regions in low season (winter and early spring) is their temperamental climate. A dear friend joined me for this leg of the trip, which let the storms go by a lot faster. Whenever we saw a gap in the clouds, we'd jump into the car and drive to one of the many beaches in the Algarve. Finally, our patience paid off and ravishing skies with a side of zero crowds awaited us. 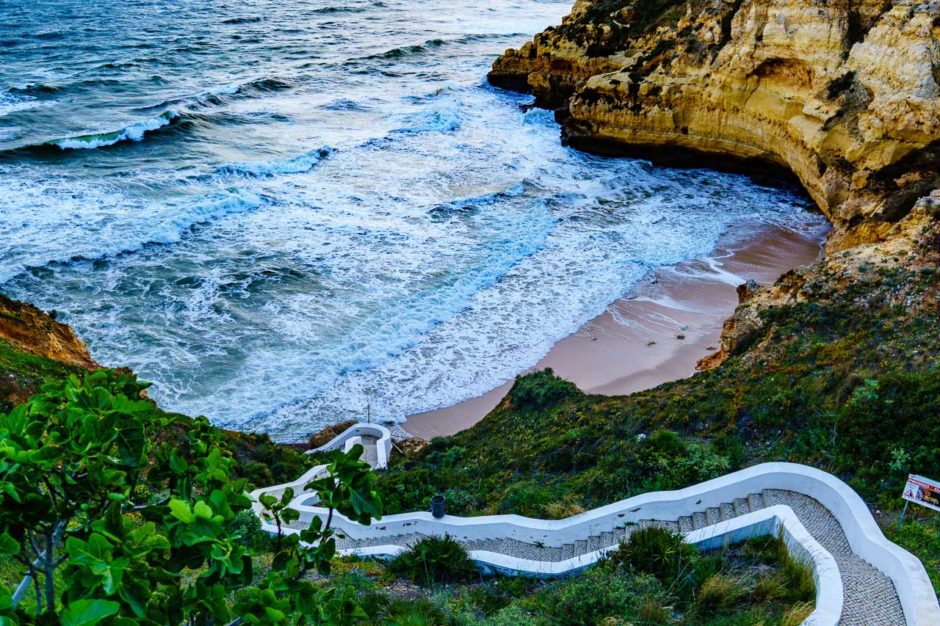 Stairs to the beach

There are more than 150 beaches to choose from on the Algarve coast. 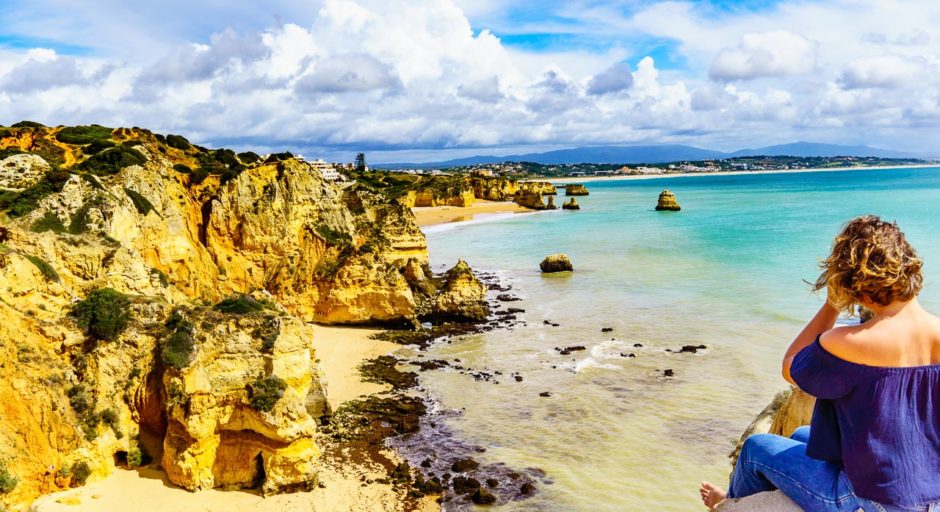 Among my favourite beaches are Praia da Marinha in Lagoa, Praia da Falésia in Albufeira, Praia da Amoreira in Aljezur. 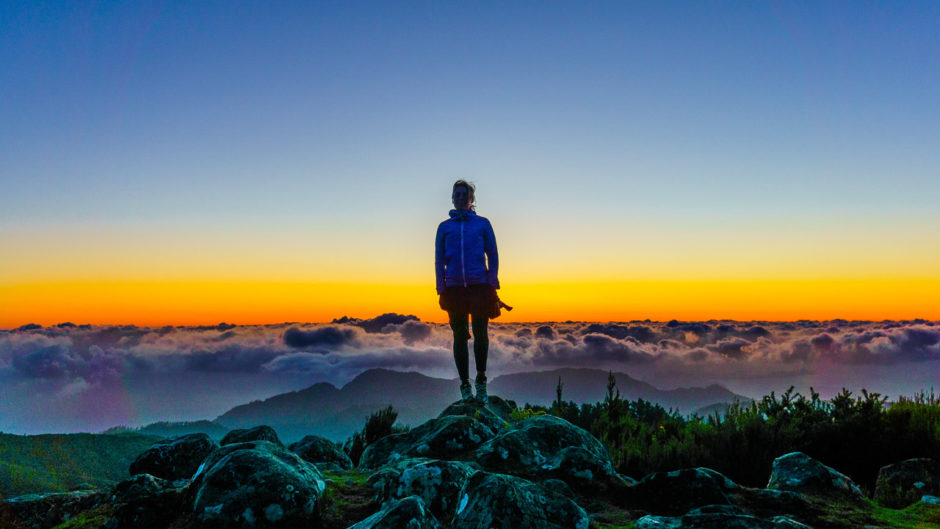 Madeira is an archipelago south-west of Portugal and has received more than ten nominations for the 2016 World Travel Awards. Flying in, you'll want to be in a window seat. Once headed out of the main town of Funchal, the island begins to feel wild. Waterfalls cross roads (literally), greenery is plentiful and - best of all - island time calls for an even more laid-back way of life. In the mornings, I would grab my hiking boots and explore. In the afternoons, I would go to the seaside for long lunches, some local wine, and a good book. Madeira introduced me to a new, more adventurous side of Portugal. Smiles felt genuine and, after listening to the local Fado band most nights, its landscape did certainly feel lyrical. 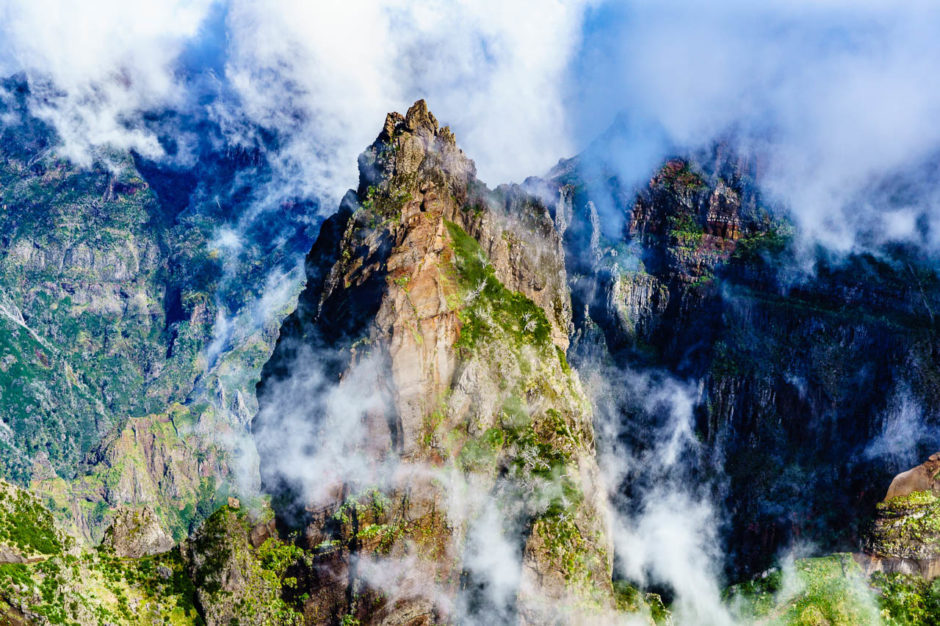 Must-see spots on Madeira include Cabo Girão, Balcões, Bica da Cana, and a walk along one of the levadas (self-regulating reservoirs). Given the size of its national park, come with lots of time on your hands, especially if you’re into mountain biking or trekking. The fantastic team at ‘Extra Mile Madeira’ showed me around the island. They led me to secret spots I wouldn’t have found otherwise and helped me to see the island through the eyes of a local. 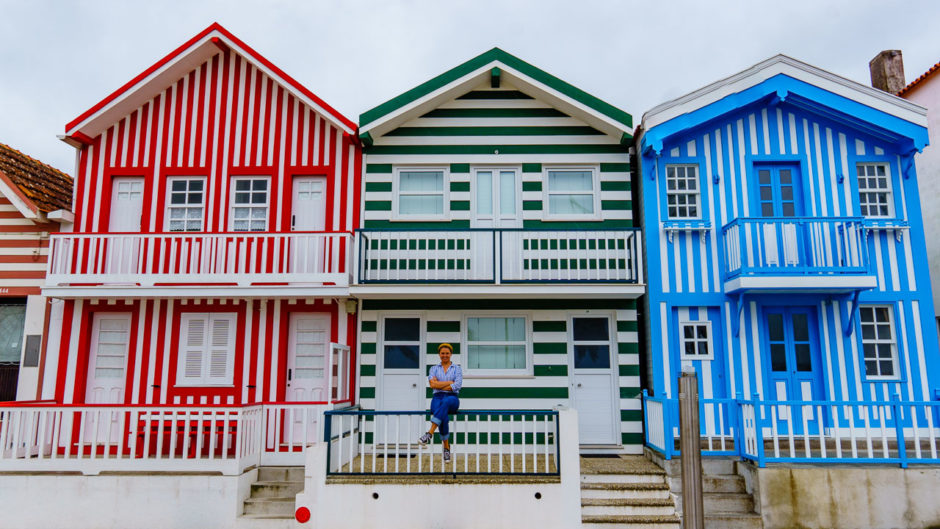 Life on the road means choosing whenever one wants to stop. En-route to Porto, Costa Nova sounded like a good enough pit stop on the highway. It sure didn't disappoint; just look at these colours! These traditional structures were used by fishermen to store their fishing materials since the early 19th century and have also been used as beach houses throughout the years. 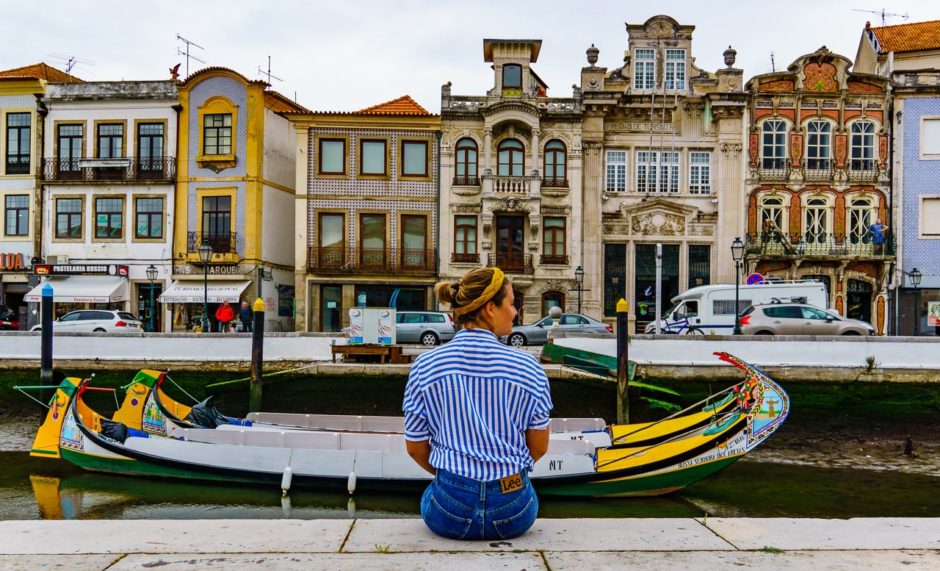 Known as the “Portuguese Venice”, the city is quietly dominated by the Ria de Aveiro, described by Saramago as “a living body that connects the land to the sea like a huge heart.” 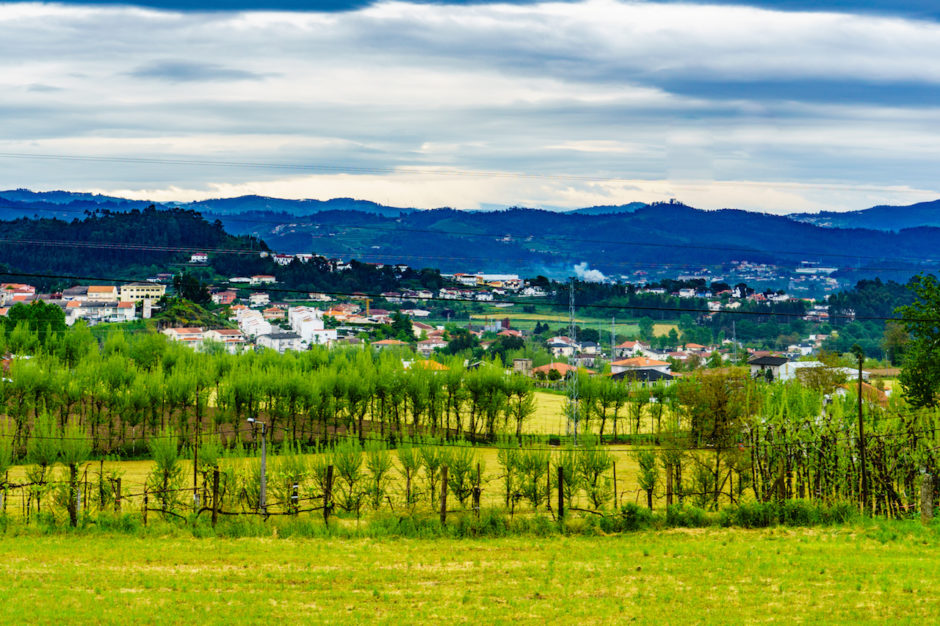 A trip throughout Portugal wouldn’t be complete without a few days in the countryside. A little village near Braga in Portugal's north saw a lovely renovated homestead called Quinta Pedra De Baixo. It rained most days, which I didn't mind at all. In fact, the rain painted the perfect picture of the Portuguese rhythm of daily life: subtle, thrilling, and full of saudade for the days I won’t spend in this country.

Tagged
Galleries Portugal
What did you think of this story?
Meh
Good
Awesome