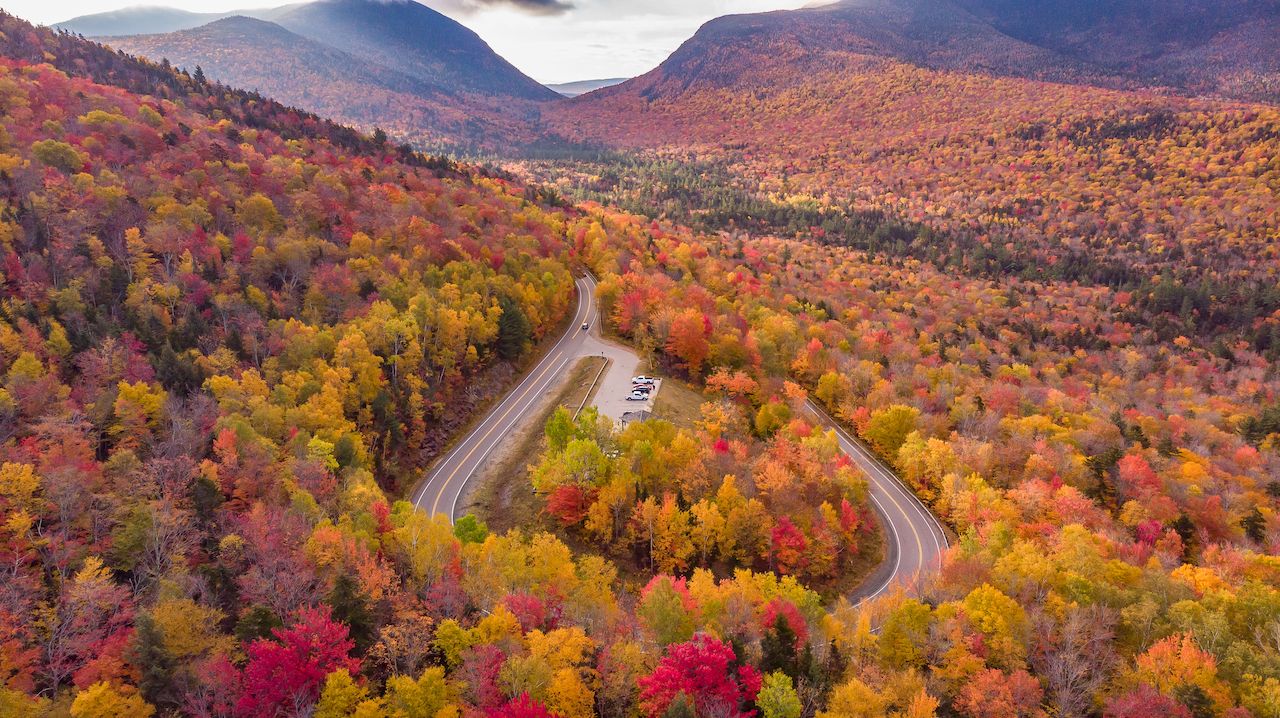 The Kancamagus, or “Kanc”, as it’s also known, is a 34.5-mile stretch of highway along NH’s scenic Route 112. This is THE place to be for leaf peeping in the fall. One of the most beautiful things about the drive is that there are absolutely no restaurants, hotels, gas stations or stores of any kind, just gorgeous views of the White Mountains, secluded swimming areas, and campgrounds.

Granted you can only catch Motorcycle Week once each year, if you happen to find yourself on the Weir Beach Boardwalk, it’s worth a visit. Bet you didn’t know that little old NH hosts the world’s oldest bike rally — it’s been happening since 1916 — and welcomes thousands and thousands of bikers to celebrate for a week each June. 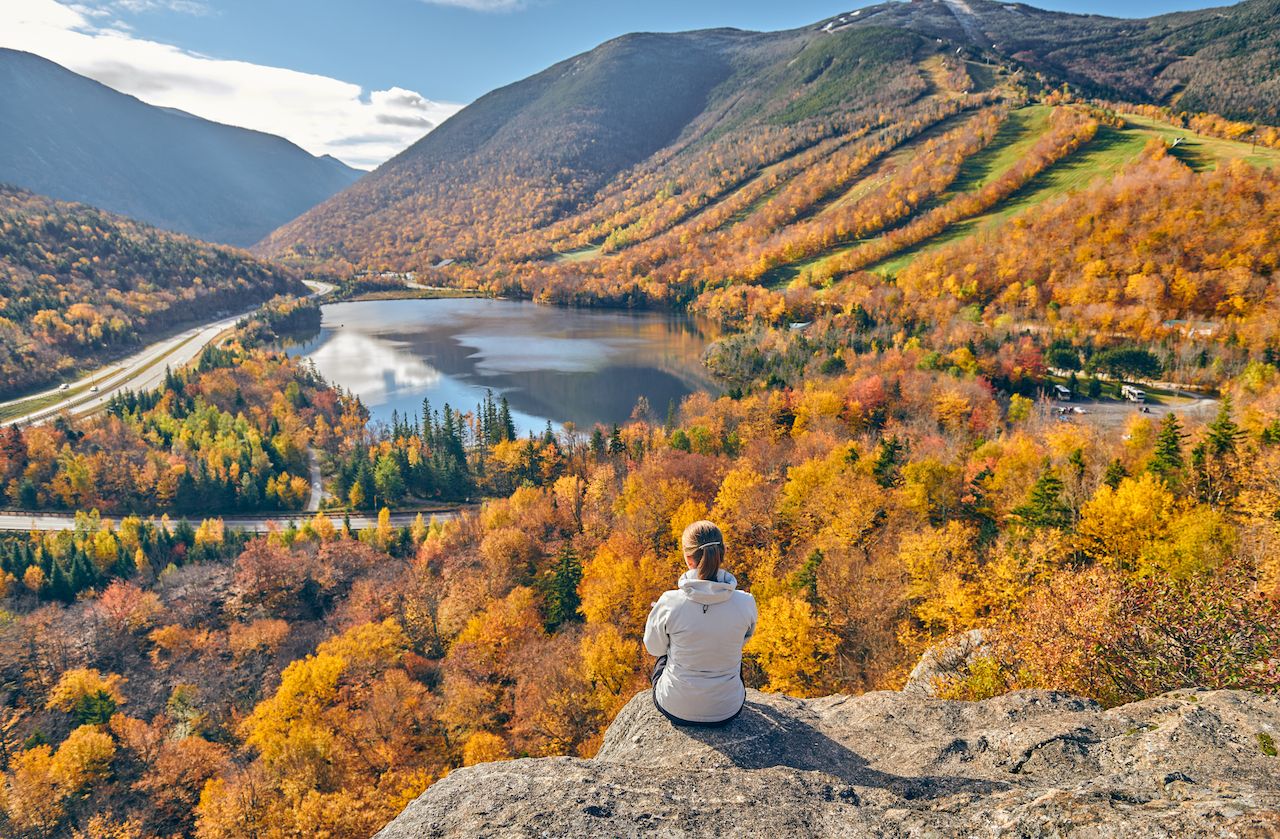 Located in the thick of the White Mountain National Forest, Franconia Notch is a mountain pass that encompasses the land between the Flume Gorge and Echo Lake. The absolute epitome of NH’s wilderness, us locals know that must-see spots include the Basin and the Baby Flume, natural waterfalls created by the rushing waters of the Pemigewasset. Bring a bathing suit, towel, picnic lunch, and a little courage so you can traverse the park and take a dip in the icy waters.

Prescott Park is a gorgeous ten-plus acre waterfront park on the Piscataqua River in Portsmouth that hosts a bunch of interesting festivals, movie nights, concerts series, community showcases, and theater productions. You can catch the 11th annual Fairy House Tour (two hundred hand-crafted fairy houses made by artists, florists, and local children), take in some Shakespeare in the park, or enjoy a Chili Cook-Off. It’s also pretty much expected that every visitor, local, and tourist alike, sit atop (or at the very least stand next to) the granite whale sculpture for a commemorative photo. 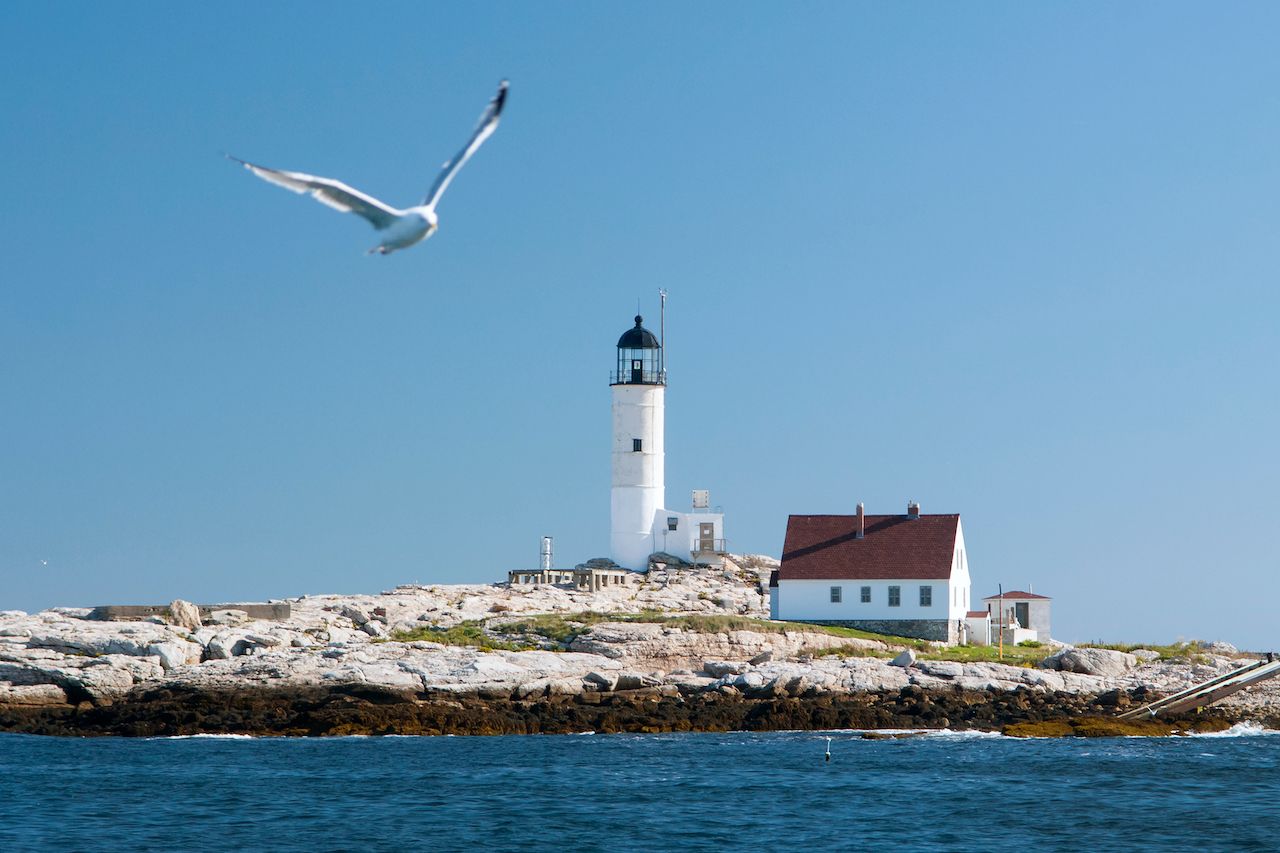 Sitting about seven miles out to sea between the New Hampshire and Maine border lies nine tiny islands that comprise the Isles of Shoals. Originally used as fishing villages, visitors to the Shoals can now go on whale watch outings and harbor tours to view lighthouses, historic forts, and the Olde Port Waterfront.

No visit to NH would be respectable without some pancakes and homemade syrup thrown in there somewhere. Located in Mason, the quaint little town where Uncle Sam just so happened to grow up, Parker’s is more than some kick-ass pumpkin pancakes and maple coffee. The family business also runs a Sugar House and the Corn Crib Gift Shop, which I promise you’ll find yourself perusing for much longer than expected.

7. Literally every lake in the Lakes Region 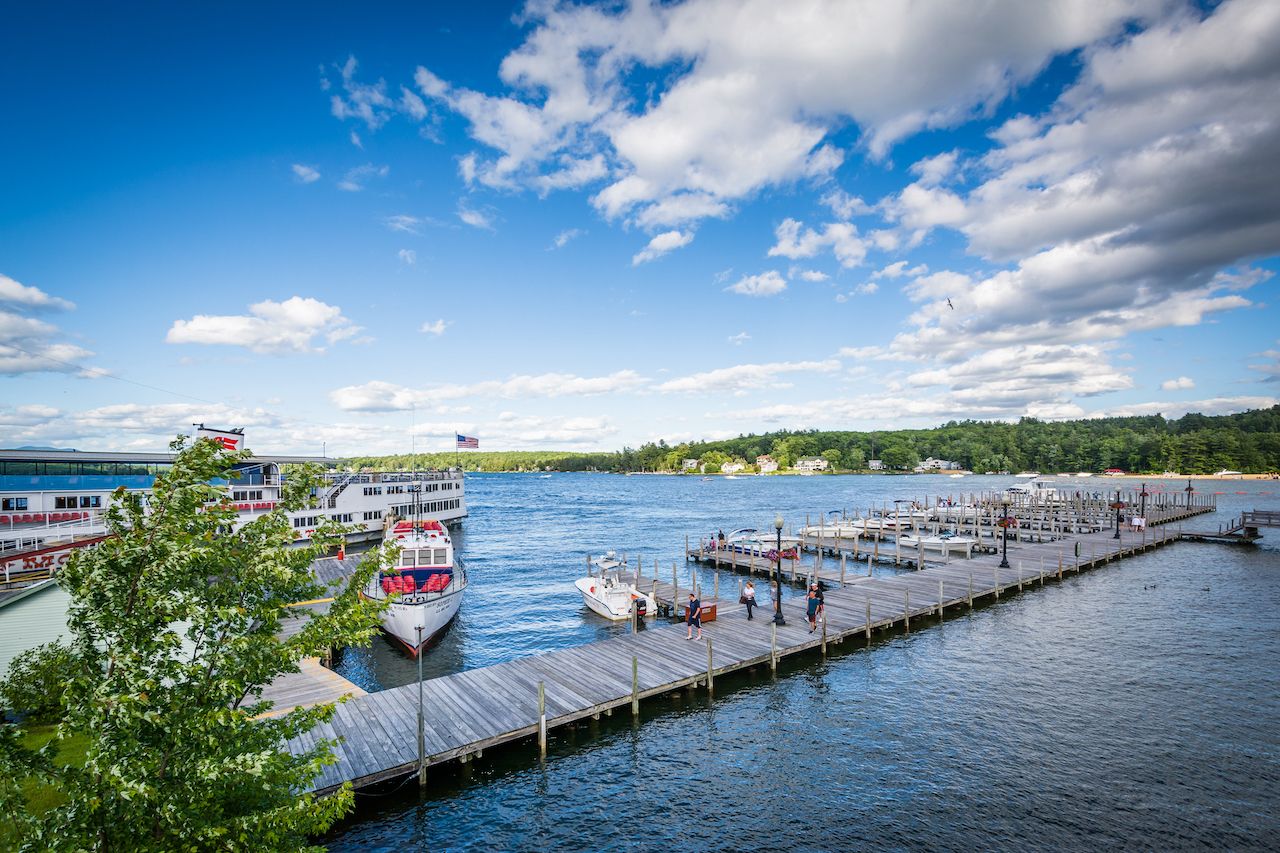 It is absolutely impossible to put together a list of places to visit in NH without including a number of our cool, clear, and pristinely clean lakes. For consolidation reasons, I will list here my top suggestions only: Winnipesaukee, Sunapee, Newfound, Squam, Winnisquam, Ossipee, and Echo.

If you’re into picking your own produce, New Hampshire is a pretty good place to be. Lull Farm in Hollis is open year round and you can pick your own blueberries, strawberries, and apples. You can also shop for artisanal cheeses and fresh baked goods as well as celebrate Halloween on the farm with homemade apple cider, apple cider donuts, and pumpkin picking. 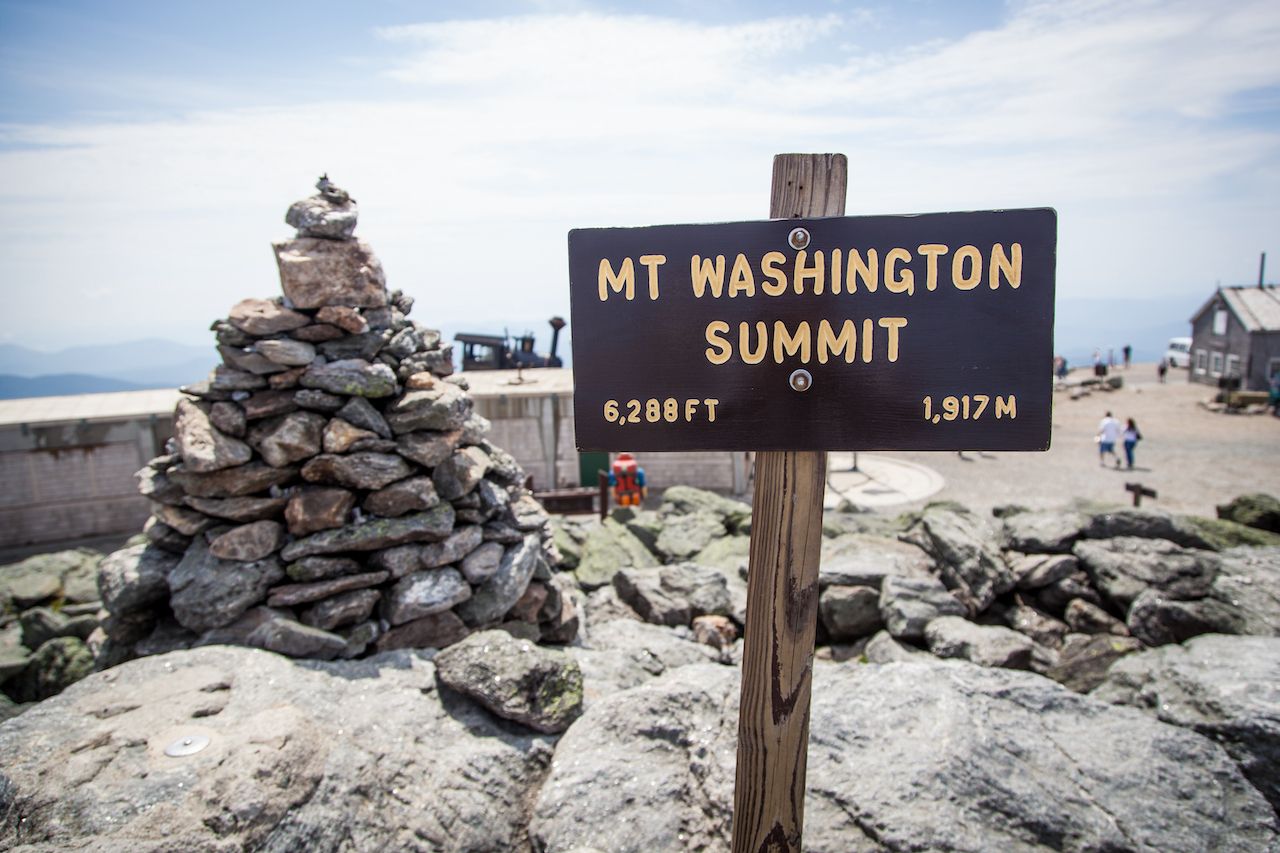 For those who don’t know, Concord is the third most populous city in New Hampshire and the state capital. If you’re even remotely interested in Granite State history, then the Historical Society should be one of the first places on your list. The museum has revolutionary war flags, flasks, clothing and enough artifacts to piece together what our little state was like at the very beginning. 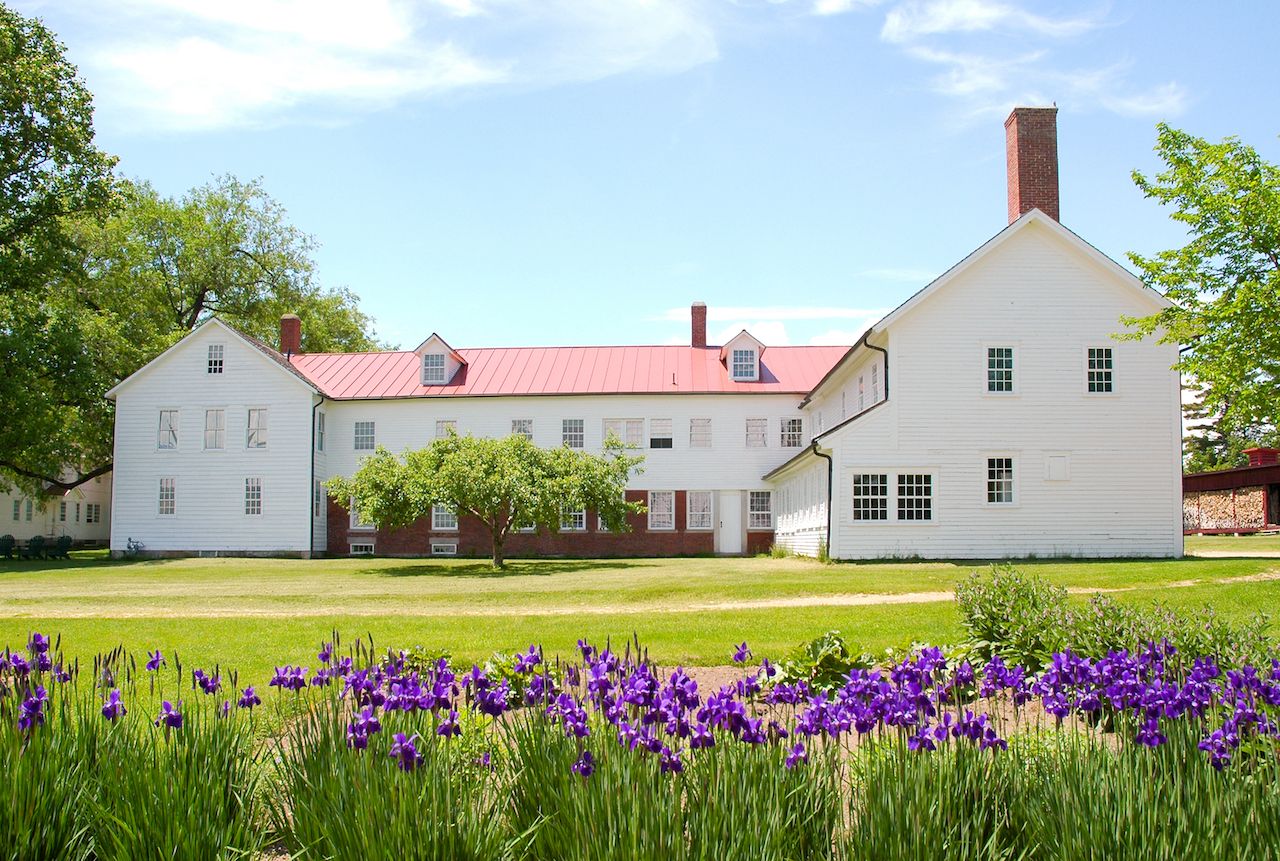 The Canterbury Shaker Village is a National Historic Landmark that sits on 694 acres of land in Canterbury, NH, and also happens to be a popular — and favorite — field trip spot for many elementary-aged kids across the state. If you’ve ever wanted to make your own broom, learn to can your own vegetables, use a letter press, or just pretend you live in 1700s, this is your place.

The Cog Railway was the very first mountain climbing train in the world, with its first successful attempt being completed in 1869. Today visitors can take a three-hour, round-trip train ride April through November. Chugging up the mountain while taking in 360 degree views of NH backcountry is a perfect time to appreciate the world’s beauty, and to take some killer photos. 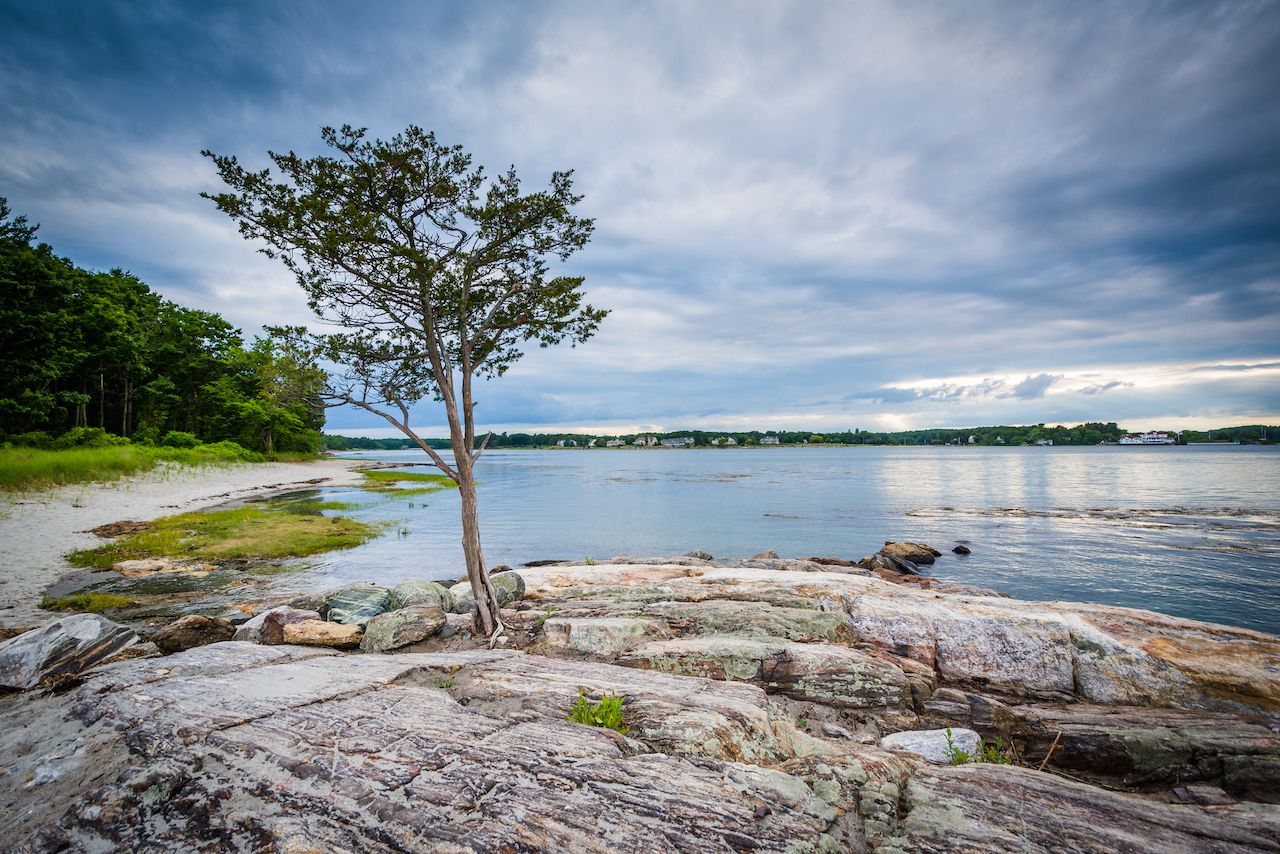 As you can probably tell, NH has quite a few state parks worth visiting, but Odiorne is unique. Odiorne is 330 acres of rocky shore, sheltered tide pools, pebble beaches, fresh water marshes, woodlands, and picnic areas. Also within the park is the Seacoast Science Center, a non-profit marine science education center where you can hold starfish, pet snails, and check out blue lobsters. Blue lobsters, people! Does your state have them?

Visiting both Santa’s Village and Story Land are rites of passage for nearly every NH kid. The Christmas and fairytale-themed parks spelled out school vacation and summertime fun for everyone with a parent cool enough to take them. 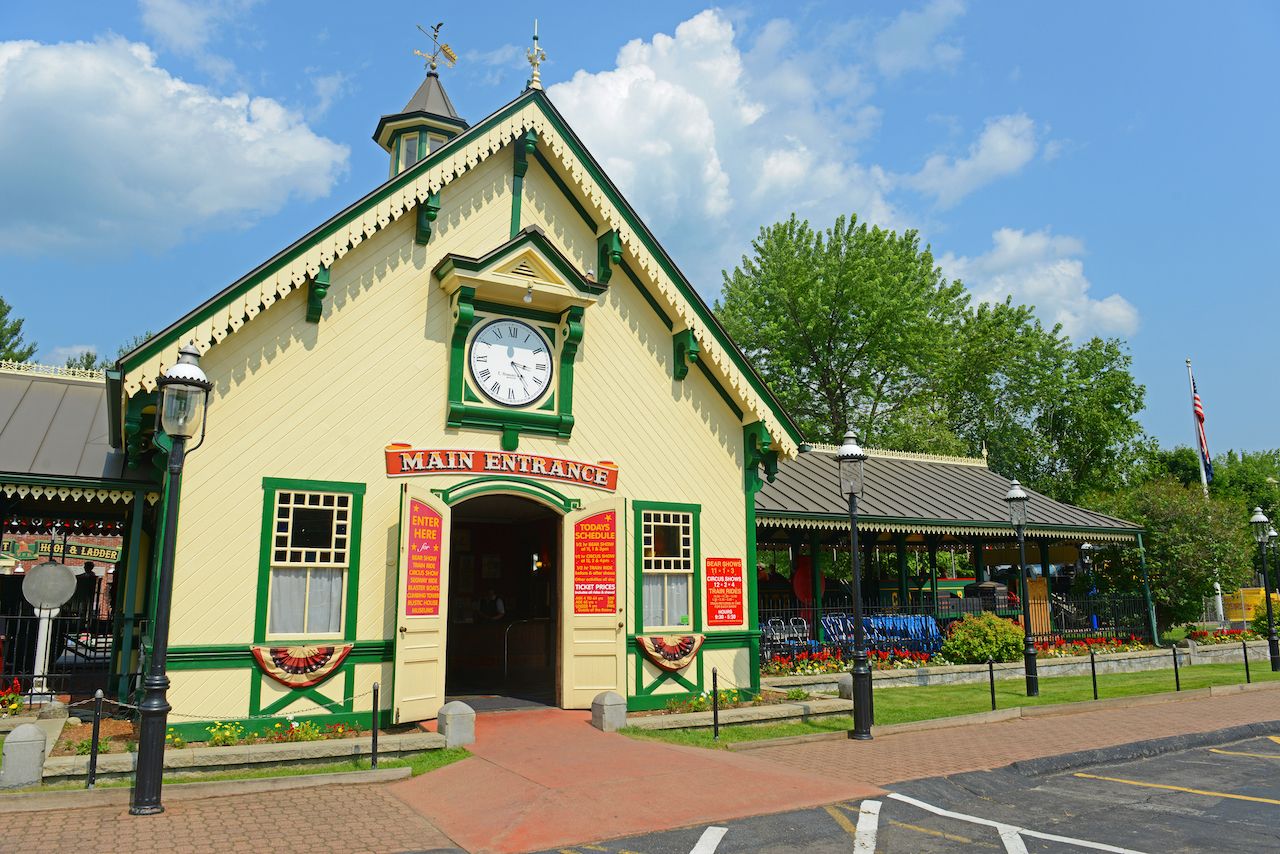 Another popular spot for families with children, Clark’s Trading Post is known for their trained black bears, the White Mountain Central Railroad, and their stellar gift shop. My sister and I forced our parents to buy us many a popgun, rainstick, and dreamcatcher during our summer visits here.

Drive-in theaters are a dying breed, but NH is lucky enough to still have a couple of the beloved theaters alive and in action. The Milford Drive-In opened in 1958 during America’s peak drive-in boom and now has two screens that show double-features every weekend. Don’t forget to turn off your headlights – your car battery will die by the end of the show. 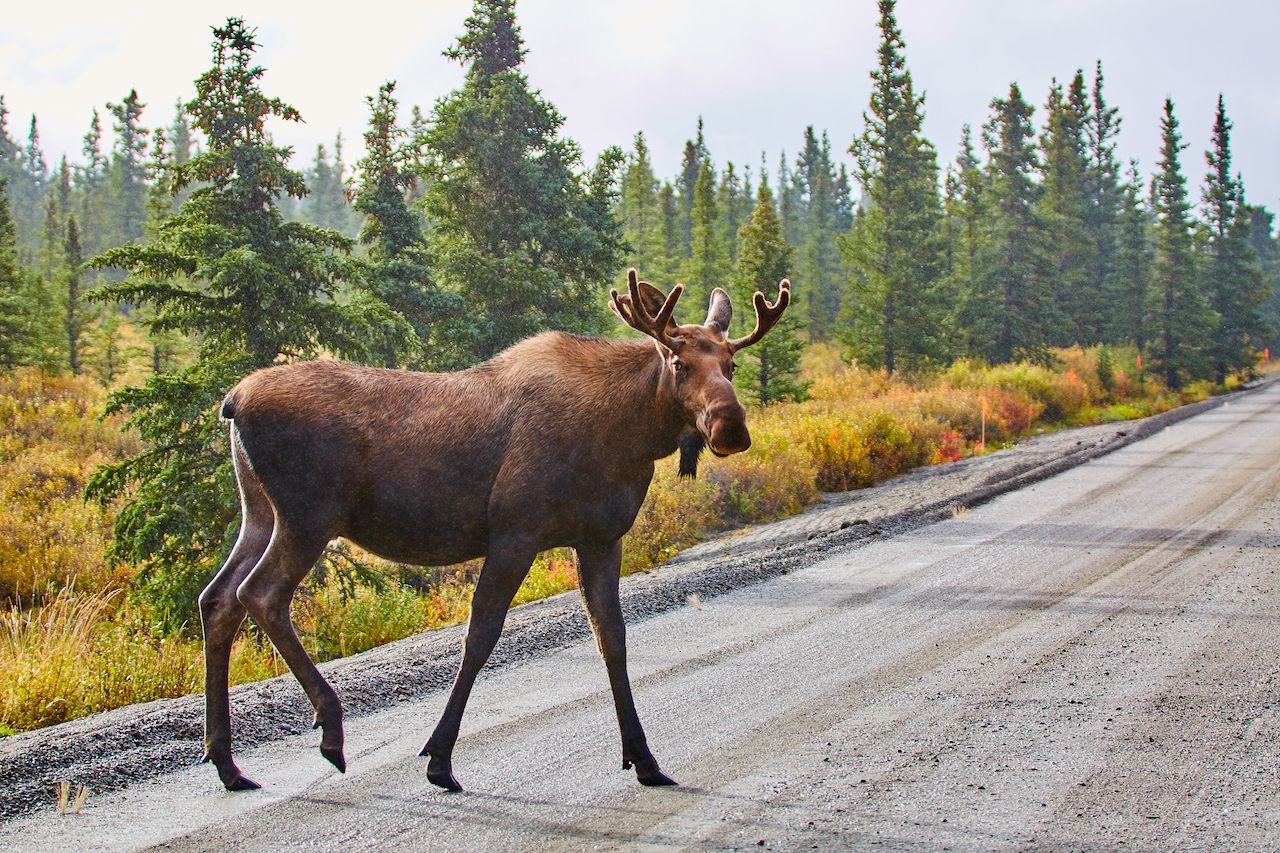 Reaching to the Canadian border, Moose Alley along Route 3 is known for its active moose population. While I understand that seeing a moose can be quite exciting — for those who have never seen one, it’s kind of like seeing a mythical creature — don’t get too close. They will charge when they feel threatened.

Canobie Lake Park has been in operation since 1902 and has managed to snag the likes of Duke Ellington, Frank Sinatra, and Sonny & Cher to perform in their Dancehall Theater. Canobie strikes a perfect balance between tiny fair amusement park and mega theme park and gains points for the Yankee Cannonball, a 1930s somewhat-rickety, wooden roller coaster that’s definitely a fave among locals.