There are roughly one million reasons to visit the islands of Hawaii, and witnessing the Aloha State’s unique wildlife in person is one of the most compelling of all.

Hawaii is the closest state to the equator, making it a tropical region with an increased level of biodiversity, a typical characteristic for this biome. The fact that it’s not only tropical, but a chain of islands, means the chance for truly unique animals to evolve is relatively high, similar to the Galapagos Islands.

Nearly 90% of the creatures in Hawaii are endemic to the state, meaning they evolved and are best suited for survival there exclusively. Unfortunately this hyper-suitability to an individual environment makes adapting to change very difficult, and as a result animal species succumb easily to the various fluxes humans have recently caused. According to To Hawaii, “more bird species have become extinct in the Hawaiian Islands than anywhere else in the world,” and despite conservation efforts, it seems this trend will continue.

As travelers it’s our duty to not contribute to the decline of native species, and while we’re at it we can help them thrive. 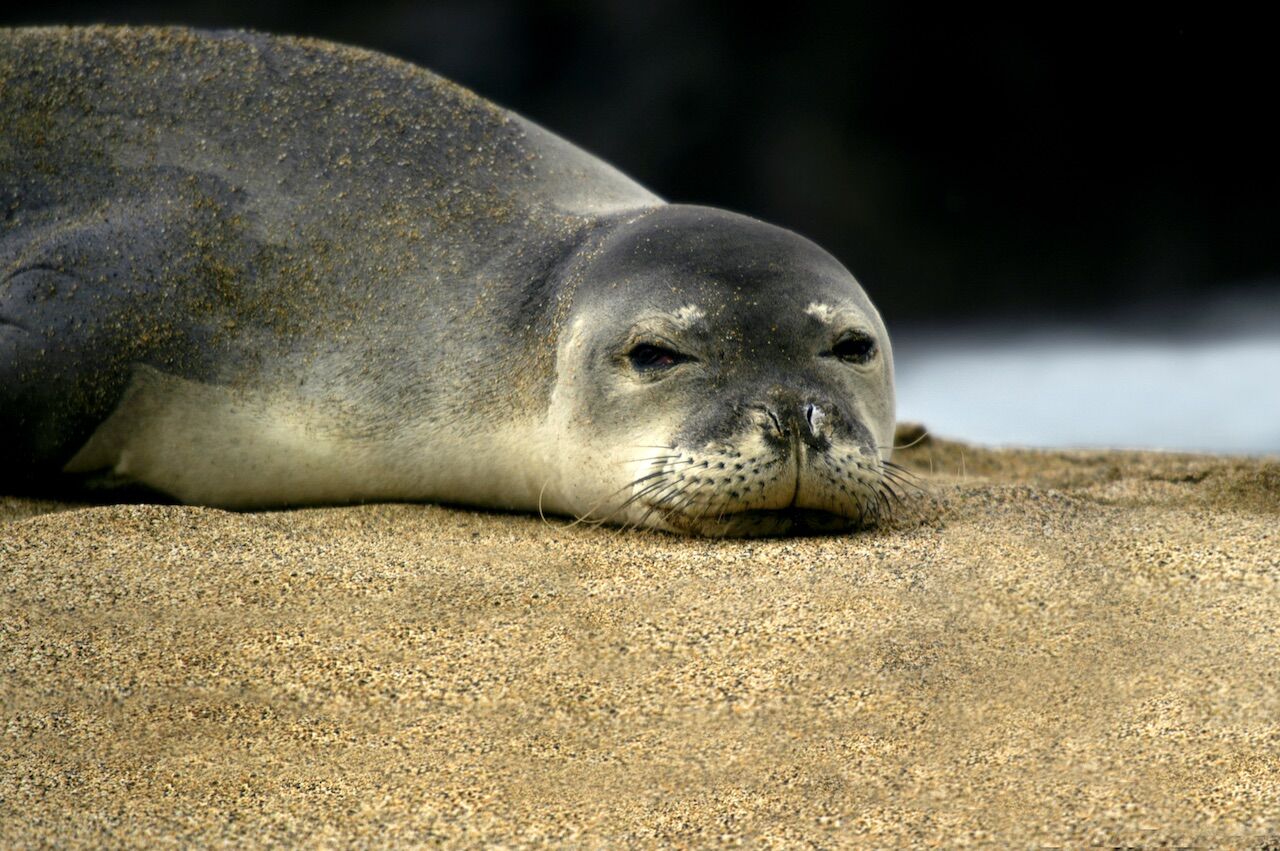 Pinnipeds are semi-aquatic mammals like walruses and sea lions, and the Hawaiian Monk Seal is the most endangered of them all. According to the Marine Mammal Center the Hawaiian monk seal, “population is currently only about 1,100 and decreasing approximately 4% per year.” Like many marine creatures, their livelihood is threatened by human encroachment, and their small population size makes genetic variation limited. Species survival is currently dependent on conservation efforts, which intervened to grow their population from 150 as recently as 2004.

Hawaiian monk seals seem unaware of their status on the endangered species list: watching them frolic in the water along Kauai’s Na Pali Coast or sunbathe on the white sandy shores of the same island inspires nothing short of pure delight. There are many ways to help keep this one-of-a-kind creature from going extinct, from supporting organizations focused on conservation efforts to practicing responsible traveling. Those organizations include the Hawaii Conservation, Marine Mammal Center, and the Marine Conservation Institute. Best traveler practices include not disturbing a resting seal, and keeping foreign flora and fauna out of the biosensitive state.

This bat species is the only other endemic mammal species found in Hawaii, along with the monk seal. Called ōpeʻapeʻa, or Half-Leaf in Hawaiian, this misunderstood species is endangered. While they once thrived, the Hawaiian hoary bat is now completely extinct from the island of Oahu, likely due to industrialization. Not much is known about the species, including total numbers, but like bats in general, the species suffers from a bad reputation as a scary animal, despite being incredibly clean and adorable.

Fortunately the US Fish & Wildlife Service has a recovery plan for the species, which plays an important role in the local ecology, largely due to its consumption of insects. Note that there are more than 1,300 bat species worldwide, and only 3 subsist on blood. Help for this endangered species can be given by supporting the Organization for Bat Conservation in their mission to spread demystifying knowledge about bats. When visiting Hawaii (or anywhere), it’s also best not to disturb wildlife of any kind, bats included. 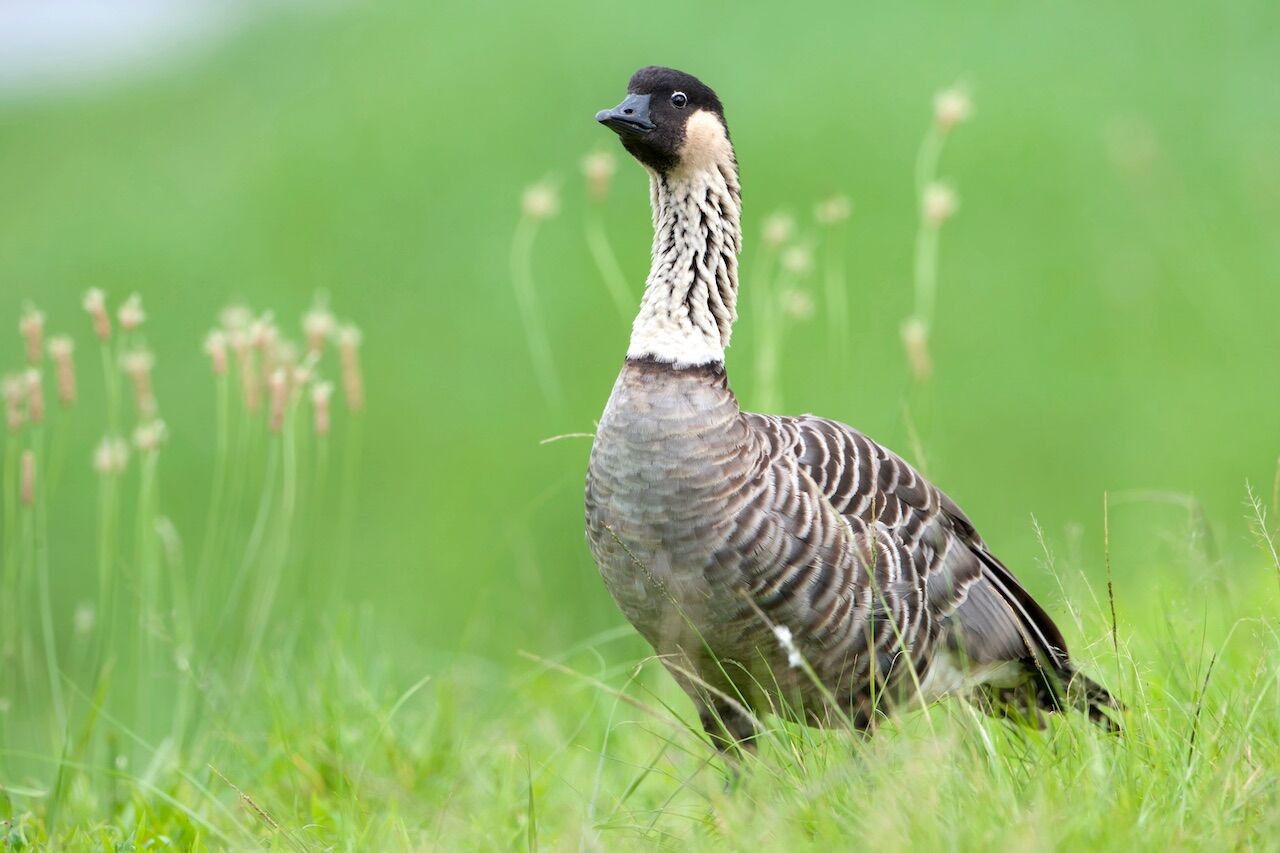 Hawaii’s state bird, also known as the Hawaiian Goose, is found only on Maui, Oahu, Kauaʻi, Molokai, and Hawaiʻi. 1950 saw only 20-50 of these birds in existence due to habitat loss and the introduction of cats and dogs. As of 2015 their numbers are close to 2,500, thanks largely to conservation efforts from the state.

This ancient bird is thought to have arrived shortly after the island of Hawaii was formed, some 500,000 years ago. That lifespan can remain without an end date through continued support of conservation efforts, and giving way to the slow moving birds, be it on foot or by car. The geese are better equipped for survival without direct human contact, and will continue to thrive as such.

This Hawaiian spider species is an arachnophobe’s dream come true. The nananana makakiʻi, as it is called in Hawaiian, is a small, nondescript arachnid, that can often appear to have a big grinning face on its yellow body. The big smile can offput the fear of even the most diehard spider-haters, and may defend against predation from birds as well.

Fortunately the Happy-Face spider isn’t on the endangered species list, but it is only found in Hawaii, and not even on all of the islands. They hide under leaves during the day, going out from dusk until dawn to hunt, and the best way to keep them doing so is to not kill them if they wander indoors. These small creatures pose no threat to anyone, and will be happy to be returned to where they belong. 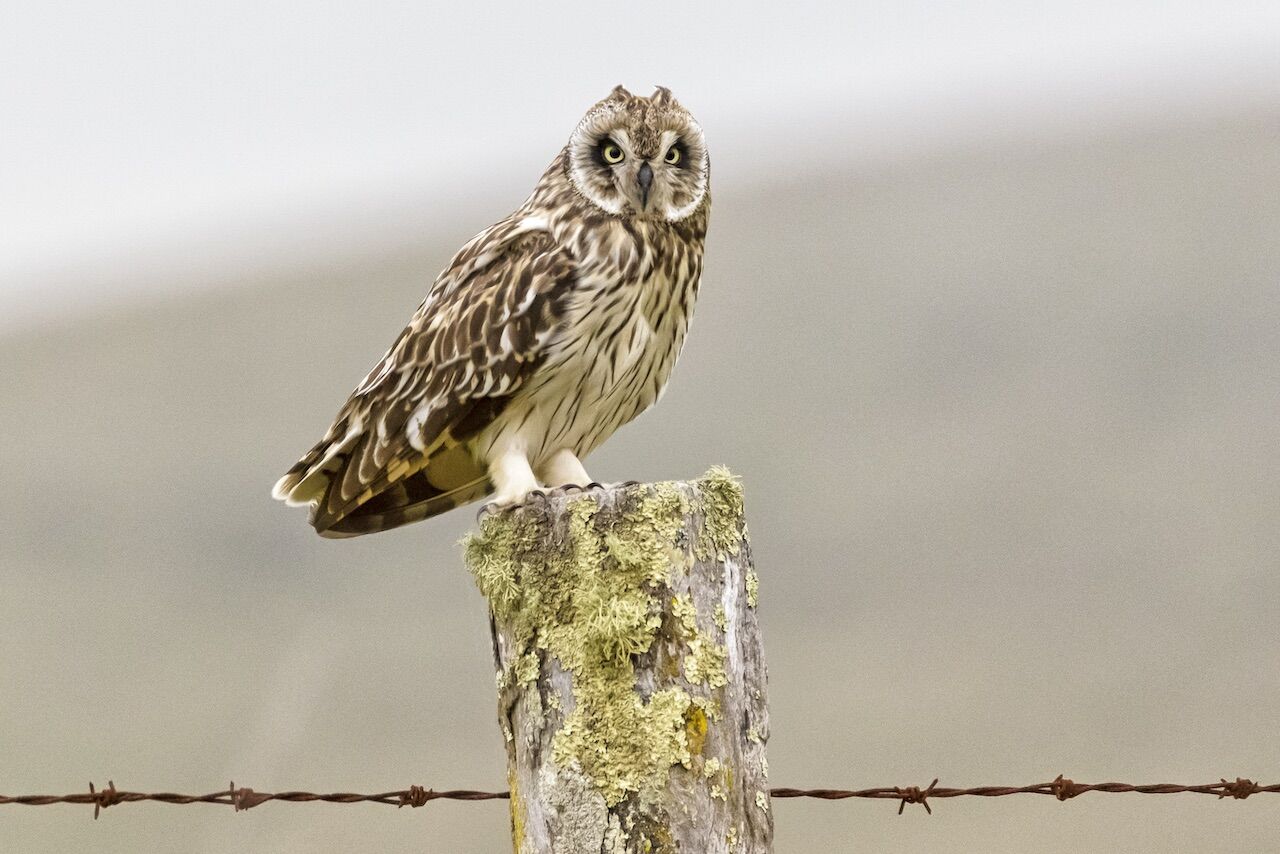 This endangered owl species is very important to Hawaiian culture, being, “one of the many physical manifestations (kinolau) of ancestral guardians (‘aumakua).” They are said to protect people from harm while guiding them safely back home. Like other endemic species, it has struggled to adjust to the pace of human development. The pueo nests on the ground, making it a target for both mammals like rats and cats, and vehicles like bulldozers. It’s also possible that they suffer from a disease known as “Sick Owl Syndrome,” about which very little is known. Some hypothesize it’s caused by pesticides, others say it’s due to light pollution, but either way it results in dazed owls wandering around on foot and getting hit by cars.

To help the pueo, visitors (and locals) can drive carefully at night so as to avoid hitting the sacred birds. As is the case with most endangered wildlife, support for protected spaces helps keep their environments intact. Another method is to do game hunting elsewhere — these birds rely on a stable ecology to survive, and human intervention only lessens their chances for survival.

Tagged
Travel Hawaii, United States
What did you think of this story?
Meh
Good
Awesome