In 2011, my husband and I gave up our jobs and sold, donated and disposed of everything in our lives in order to buy a 71’ Volkswagen. In those days, I felt like I just wanted to be hauled away with all the free stuff in my front yard. And would I do it all over again? Sure. Otherwise, it would’ve been a huge waste of all that money I gained from selling my husband’s CDs behind his back, just to get the vanity plate: DRM MKR. There are some things I wish we’d known beforehand, though.

1. Your new BFF is going to be a mechanic. 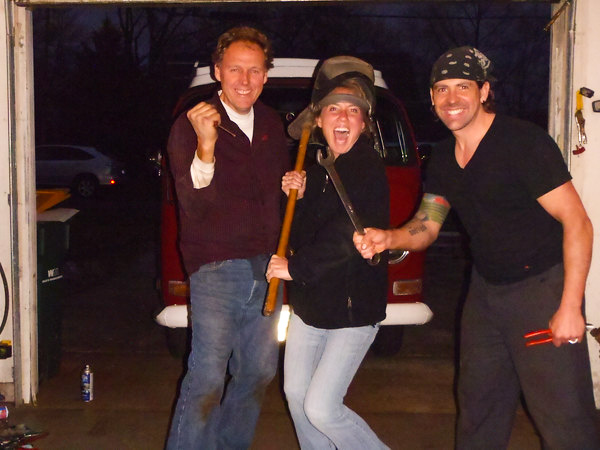 We almost egged our first mechanic’s house because he left unclamped exhaust hoses and shady wiring throughout our van, but our second mechanic ended up being a match. For weeks, every waking moment was spent at his side soaking up his wisdom like he was Obi-Wan. After we wasted a few good yolks on Mechanic #1, it became obvious that we’d have to know our own van from top box to rear tire shocks.

And later, when we were rescued by Mechanic #2 who sourced another engine for our DRM MKR from 500 miles away, well, that was epic. Once we found the right person, our mechanic really did become our best friend forever. My husband even has a tattoo on his arm of the guy to prove it.

2. You’re not going to have a lot of room for your CDs. 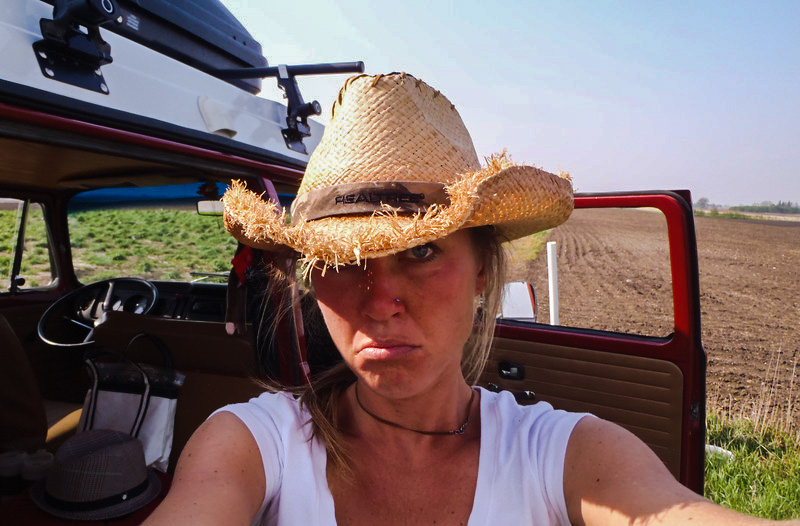 We were about to hit the tarmac in a 40-year-old hunk of metal, who’s engine has about as much power as a ride-on lawn mower. Storing enough spare parts in our van to rebuild the engine when we broke down didn’t leave much storage space for anything else. And we broke down. A lot.

After we re-packed our van for the fifth time, I realized we still had too much. At this point, it had already felt like we had given away our souls for the open road and I still had my CDs to pack. In the end, I had to accept that having the truck jack, a giant wrench, and an entire 40-pound tool box was more important than having my Best of Britney Spears collection. My husband just said ‘karma’s a bitch.’

3. Setbacks are going to become the norm. 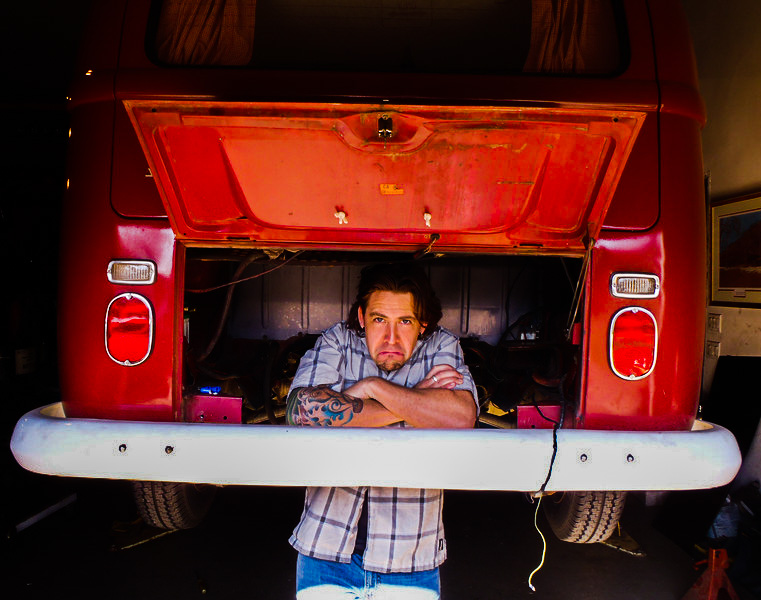 Our goodbye party happened two months before we actually left. The van was packed, our PB&Js were all wrapped up and we had just said our final farewells. Then, as my husband was on his way to come pick me up after our last tweak at the mechanics, DRM MKR’s engine actually exploded like the 4th of July. He called me from the side of the road and I thought it was a joke. He wasn’t kidding.

Looking back now I realize because we remained calm, continued to have a wicked sense of humor and just got comfortable living at our parents’ house because we had just sold everything out of ours, was key. I guess if you get too focused on the goal, you forget what you’re doing it all for. Preparation became part of the journey and I suppose we got a few free fireworks along the way.

4. Your lifestyle is not going to remain cozy on the road.

What? Can’t we bring our cats as van cats? It wasn’t just our animals that we had to say goodbye to — they were lovingly adopted by my parents — but our individual independence and everything in-between.

I now understand why it was so difficult to walk away from our house. It had nothing to do with what was inside of it, but what it signified. A base. From then on we considered ourselves nomadic, and we would have to rely on each other to navigate the daily challenges of living in a van. Where do we park tonight? It’s snowing, will we freeze inside of this metal box? Where do we go, how far do we need to drive? We never had to consider that stuff when we had a house. When we got into arguments on the road, we couldn’t just slam the door and walk off…. Or, at least until one of us pull over.

5. Selling all of your belongings is not as simple as it sounds. 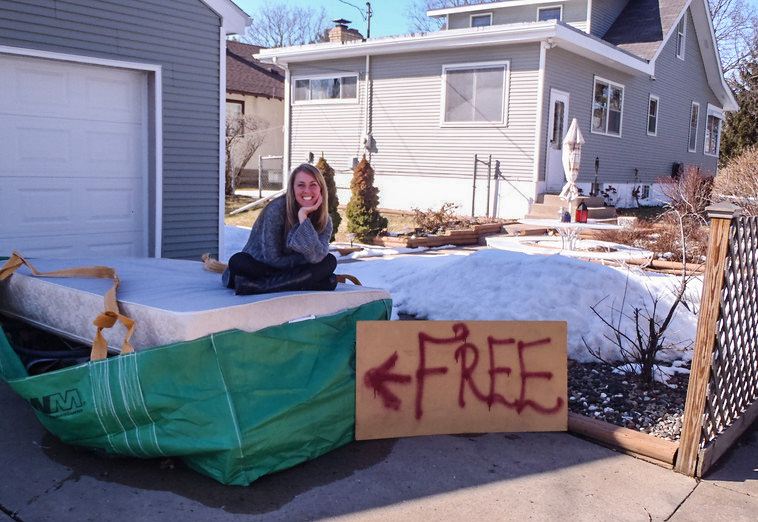 It was when Babu from our Craigslist ad came to look at our TV, going through every channel meticulously six times over before deciding not to buy it, that I realized selling all of our belonging was not going to be as easy as your neighborhood garage sale. So we became online ad-selling masters, our local Goodwill came to know us by our nicknames and the simplicity of a ‘FREE’ sign in our front yard was became a magical act — ‘now you see it now you don’t!’ Who cares if the weed whacker hasn’t ‘whacked’ for years? In the end I realized that it’s a ruthless task expunging of all your ‘stuff’ to the point where you’re left watching a movie on the laptop in an empty room on few plastic bins. But guess what? For the life of me, I can’t remember anything of ‘value’ that was in that room.

There was going to be an expansive amount of endless blacktop ahead of us no matter which direction we decided to go. Budgeting for something that was so vital was crucial to our journey and we plotted each and every day around it.

In our short cross-country journey from Minnesota to California, 4 weeks and 3 days accumulated to 3,624 miles and cost us roughly $760.57 gas. We were thrilled. We thought we could drive to the moon and back on those fuel costs, until we shipped our van over to Europe and all of those costs tripled. Devastation kicked in. We finally figured out that with a bit of creativity we were rerouting to avoid traffic, traveling at odd hours and doing a lot of coasting down hills in neutral.

But then, perhaps sometimes it’s best to not know what’s coming before you sell all your belongings and move into a van. Otherwise, we may have not done it.