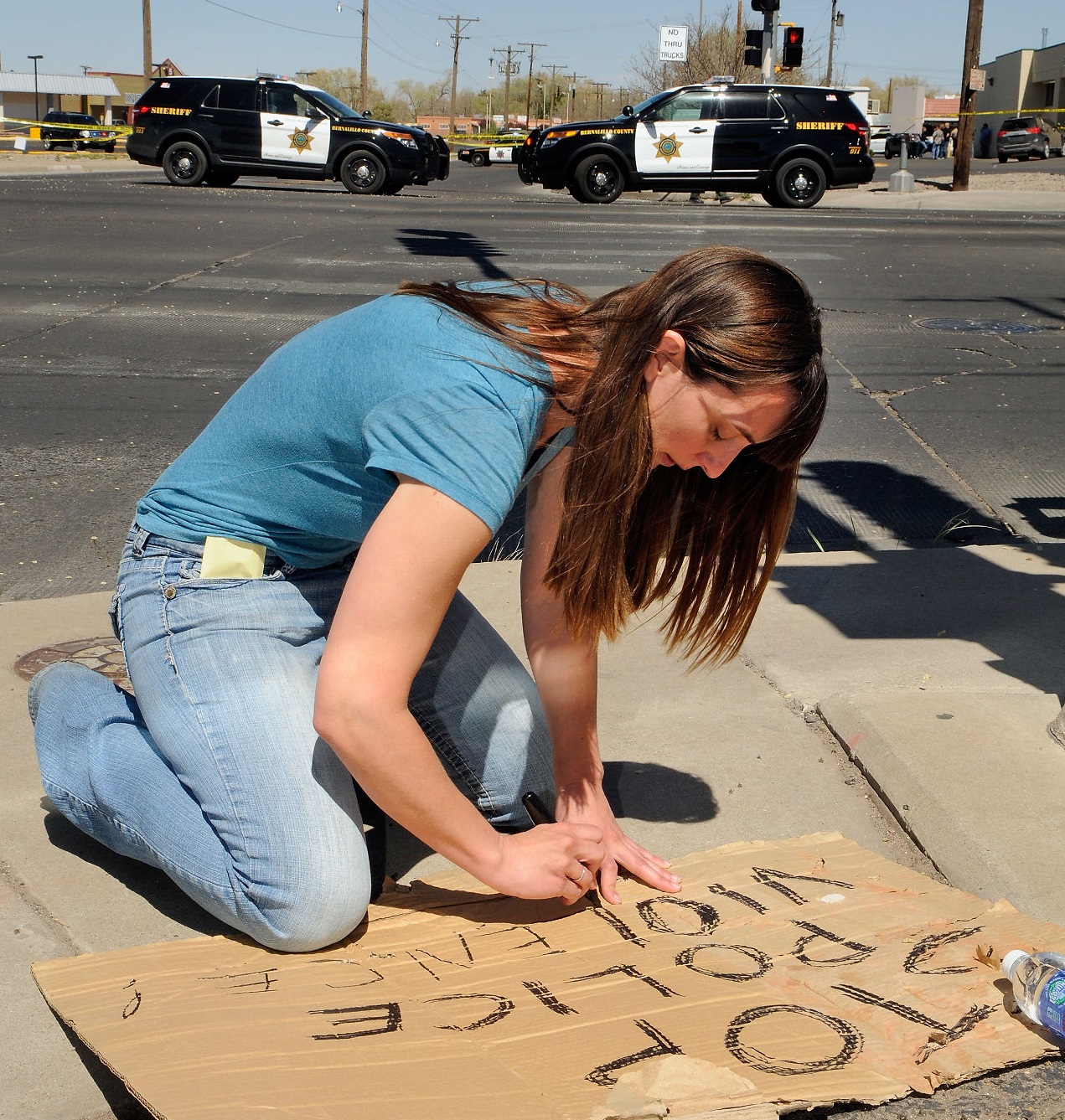 Four years after Occupy Wall Street took over the news, Albuquerque has one of the few groups left standing. For (un)Occupy ABQ, wealth inequality cannot be solved without addressing racism and colonization. The group’s agenda champions rights for workers, immigrants, and indigenous peoples and fights against police brutality and home foreclosures. Recently, the group mobilized a ‘Tractor Brigade’ of hundreds of land-based protesters to march — complete with tractors and pitchforks — against the proposed Santolina development, which they say would overextend the sprawling city’s fragile water resources.

Committed to self-education, the group hosts classes and anti-oppression trainings around gender, race, and more, with the goal of using direct action over policy reform. As for the name ‘unoccupy’? “New Mexico has been colonized repeatedly,” says Sayrah Namaste, a participant with (un)Occupy ABQ. “We don’t want to replicate oppression while working to fight oppression.” 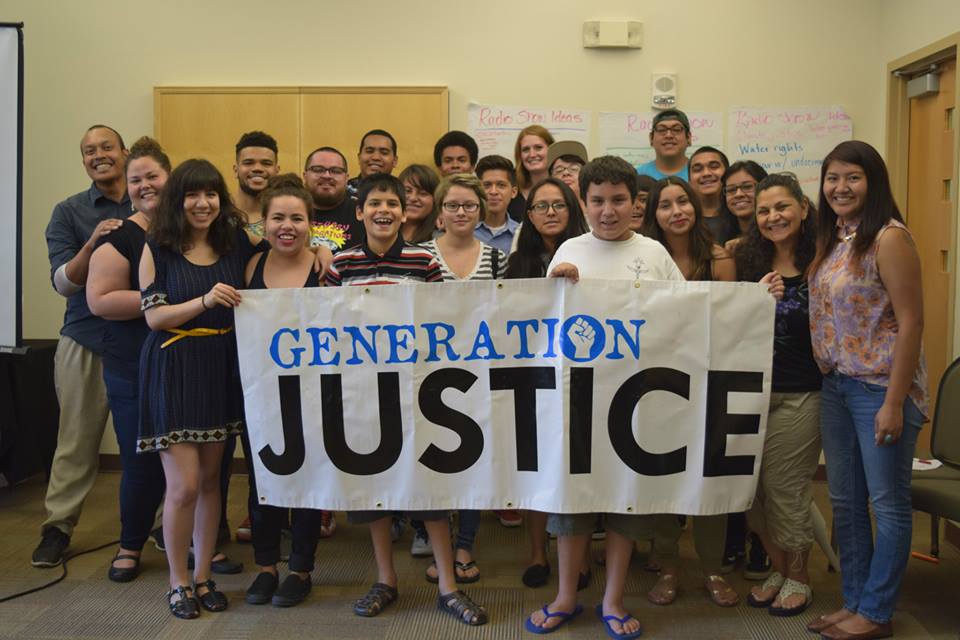 At just 39%, New Mexico has a minority white population, and yet many people remain disenfranchised by the mainstream media. In 2005, native New Mexican Roberta Rael set out in search of inspiring long-term change. Pairing her love of radio with her passion for mentoring youth, Rael partnered with Albuquerque’s public radio station to establish her own multi-media movement: Generation Justice. Boasting youth-run broadcasts and an annual fellowship program, Generation Justice empowers narratives based on truth, analysis, and hope. “In particular, we help young people who are of color in New Mexico to harness the power of media,” says Rael.

This month, the group has something exciting to celebrate: Having recently been named regional anchor for the national media justice network Mag-Net, they advocated for lower prison phone service rates nationwide, and won! “One of our core values is love,” says Rael. “Learning how to love yourself and how to love your community. That is what continues to feed me on a daily basis.” Tune in to KUNM on Sunday evenings to hear the hour-long youth radio show, and consider giving more tangible support to help Generation Justice take back the media. 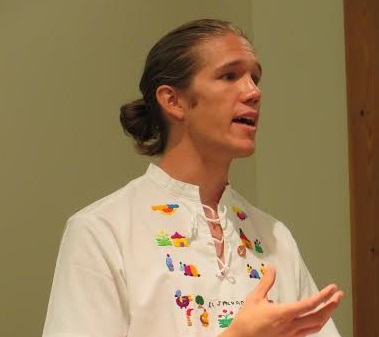 At just four hours driving distance from the Mexican border, Albuquerque experiences the effects of immigration acutely. As program director for the New Mexico Faith Coalition for Immigrant Justice, Justin Remer-Thamert supports families in the midst of deportation proceedings or asylum applications. He confides: “I stay committed through a combination of heart-break and inspiration.”

Hoping to end laws that perpetuate mandatory detention quotas and harsh conditions, the Faith Coalition works closely with the immigrant community. “Simultaneously, working with those who feel more removed from immigration policy is crucial because they are often the ones with the political ability to bring change in our policies,” says Remer-Thamert. While working for comprehensive immigration reform, the coalition mobilizes statewide faith leaders to lobby the State Legislature and to organize immersion delegations to the border region. Recently, the coalition won custody of a Honduran mother and three-year old daughter fleeing violence. “The broader community would benefit from knowing families like this one,” says Remer-Thamert. “We are one community.”

4. The South Valley’s Agri-Cultura Network shares Albuquerque’s harvest with those who grow it. 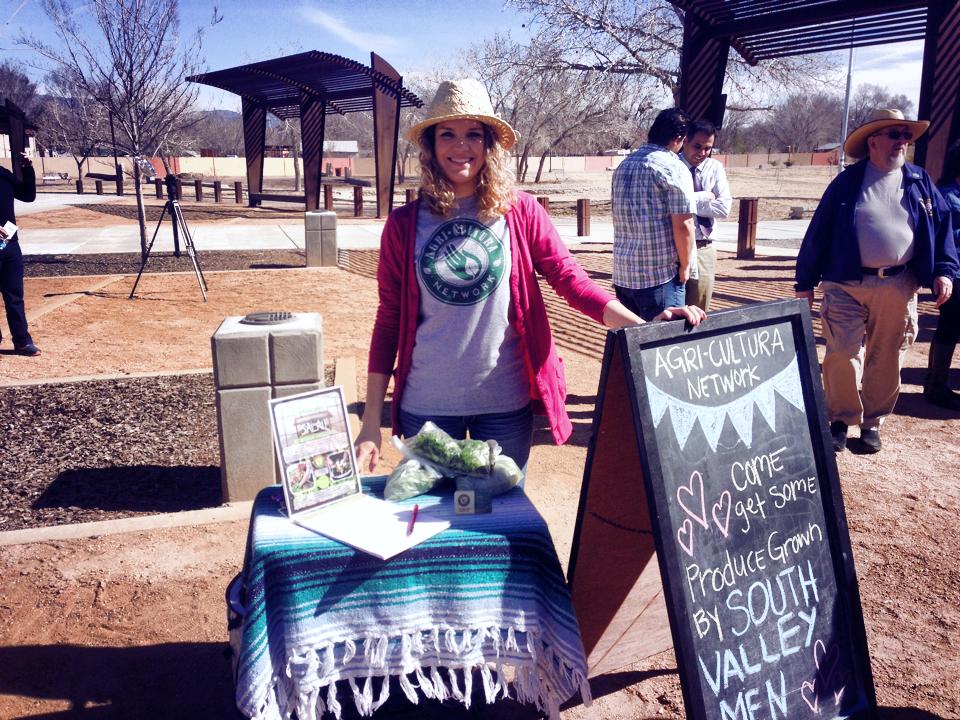 As one of the poorest states in the U.S., New Mexico’s food struggles are two-fold: providing low-income families with proper nutrition, and supporting small, local farmers. In a brilliant approach to poverty, Albuquerque’s Agri-Cultura Network addresses both.

An oasis in this desert state, the Rio Grande trickles through Albuquerque’s South Valley. While this lush but impoverished valley grows produce for the rest of the city, its families struggle to access local fruit and vegetables. Operating as a whole-sale cooperative, the nine farmer-members share labor and resources, aggregating crops to sell to restaurants, hotels, and even public schools. “The farms are able to feed, employ, educate, inspire, and engage their families, friends, and neighbors by sustainable agricultural economic development,” a network spokesperson says.

In recent years, the network has expanded to form La Cosecha (‘the harvest’) CSA, or Community Supported Agriculture program, in which a weekly harvest box is distributed to households during the growing season. While some CSA members pay full price, many memberships are subsidized, allowing around three hundred families access to fresh, local veggies. It’s brilliant, and it’s necessary. 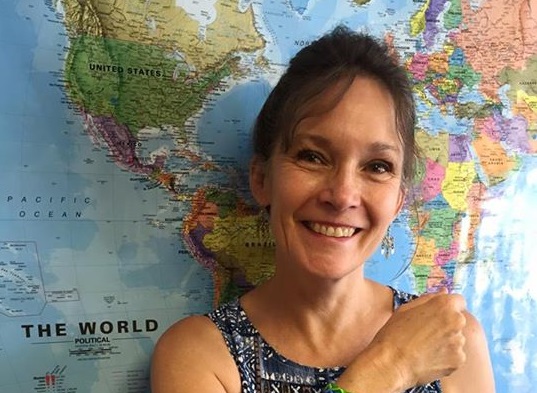 Like many parents, Sarah Wilkinson found that her son listened more to his friends than to her own guidance. “In my experience growing up in a very violent family, I was dismayed to see how some of those patterns were embedded in me. I wanted to break the cycle of violence,” she says.

For Wilkinson, the solution lies in intentionality. Her non-profit organization facilitates meaningful exchanges between middle to high schoolers and their counterparts all over the world. Sounds like a pen pal program, but it is so much more! Six hand-written letters throughout the school year focus on relationships over material possessions, and New Mexico’s school kids are loving it. Wilkinson describes the transformation in classrooms when students first open letters from their new friends: “Students realize commonality. It begins to shift the consciousness from ‘me to we,’ away from fear and inadequacy. Separated people begin to see themselves as connected.”

When Sarah Wilkinson founded Project PeacePal, recently redubbed Global One to One, she had no idea the letter exchange program would be such a success. Now in its eighth year, the program has connected over 14,000 students in twenty-seven countries. Founding director Wilkinson and program manager Denise Bucci remain inspired by each new letter, describing a frequent student response: “I was looking forward to writing letters with someone across the world, but I had no idea how much we would have in common!”

6. Sylvia Ramos wants to amend the Constitution — and she’ll make you want to, too. 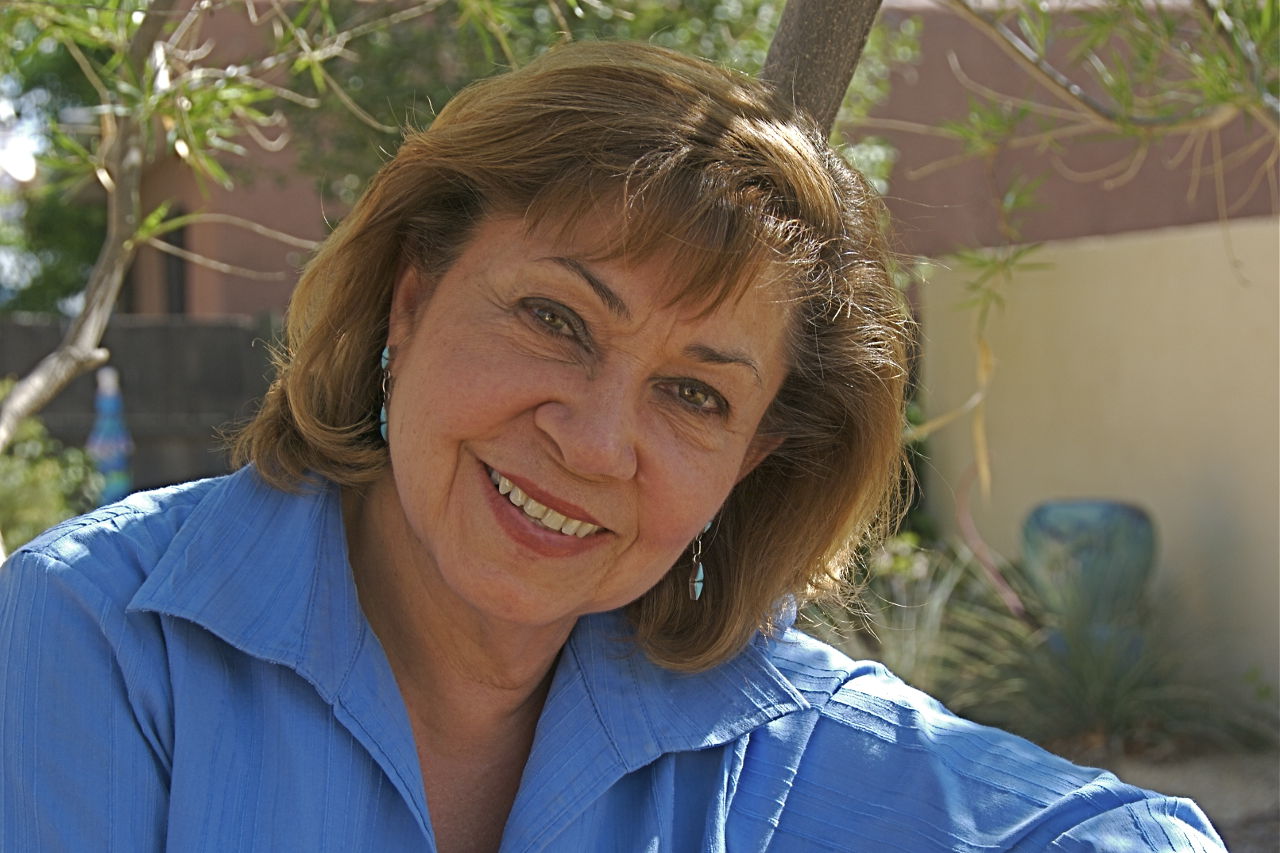 For our generation, protecting equal rights for women is a no-brainer…but an Equal Rights Amendment is still missing from our Constitution. In fact, an amendment was written all the way back in 1923, but somehow, it has not yet been ratified. It states that “equality of rights under the law shall not be denied or abridged by the U.S. or by any state on account of sex.” Sounds simple enough, and yet only 35 out of the 38 states needed for ratification have signed on.

As Chair of the Task Force for Ratification of the Equal Rights Amendment, Sylvia Ramos has had enough: “We have seen year after year that [protections] on the part of legislators, the Supreme Court, and the President can be eroded, ignored, or overturned. A more permanent solution is to have women’s rights chiseled into the Constitution.”

People might think the glass ceiling has been shattered, but women still earn only 78 cents to every dollar earned by a man. A project of the Albuquerque chapter of the National Organization for Women — which advocates women’s issues from reproductive freedom, to LGBTQIA rights, to ending violence against women — Ramos’ taskforce looks to the broader effects of unequal treatment. “Everyone, including families, communities, and the country, loses when women are not paid the same wage as men for doing the same work for the same amount of time,” says Ramos. As her task force chants: “What do we need? The ERA. When do we need it? Now.” Arguably, we needed the ERA in 1791, when the Bill of Rights was adopted — but better late than never!

Tagged
Activism New Mexico, United States
What did you think of this story?
Meh
Good
Awesome