I am Vietnamese-American, a child of refugees who came to America partially for better opportunities but mostly out of necessity. If you’re interested, you can google Vietnam. You will mainly find war stories and phở recipes and Full Metal Jacket references, but that’s not really who I am.

My dad would criticize how I can’t seem to describe my Vietnamese-ness in words but, frankly, it’s more of a feeling. I’ve been sitting here for half an hour thinking about what being Vietnamese means to me, but I can only think of colors, scents, tastes, and feelings. Congee means recovering from a cold. Tết (the Lunar New Year) means getting along with everyone, because it is bad luck to start the new year in conflict. Vietnam means the distinct smell of tropical fruit and the overwhelming heat that I haven’t forgotten, even after my last visit, six years ago. My Vietnamese upbringing is how my parents raised me, and the feelings that come with that are part bitter, part sweet, but — above all — grateful.

In the past few years, I’ve found myself growing increasingly connected with my ethnicity — the preservation of its culture, the Vietnamese-American experience of all generations, and the issues that affect our community, here and in the motherland. As I grow into my Vietnamese side more and more, I wonder: when did I grow out of it? What happened in between the Vivien in child form, who only spoke and sang in Vietnamese, to the Vivien a few years ago, who struggled to affiliate herself with Vietnamese culture in any way? In my retrospective search for an answer, several memories bubbled to the surface. Here are a few of them. 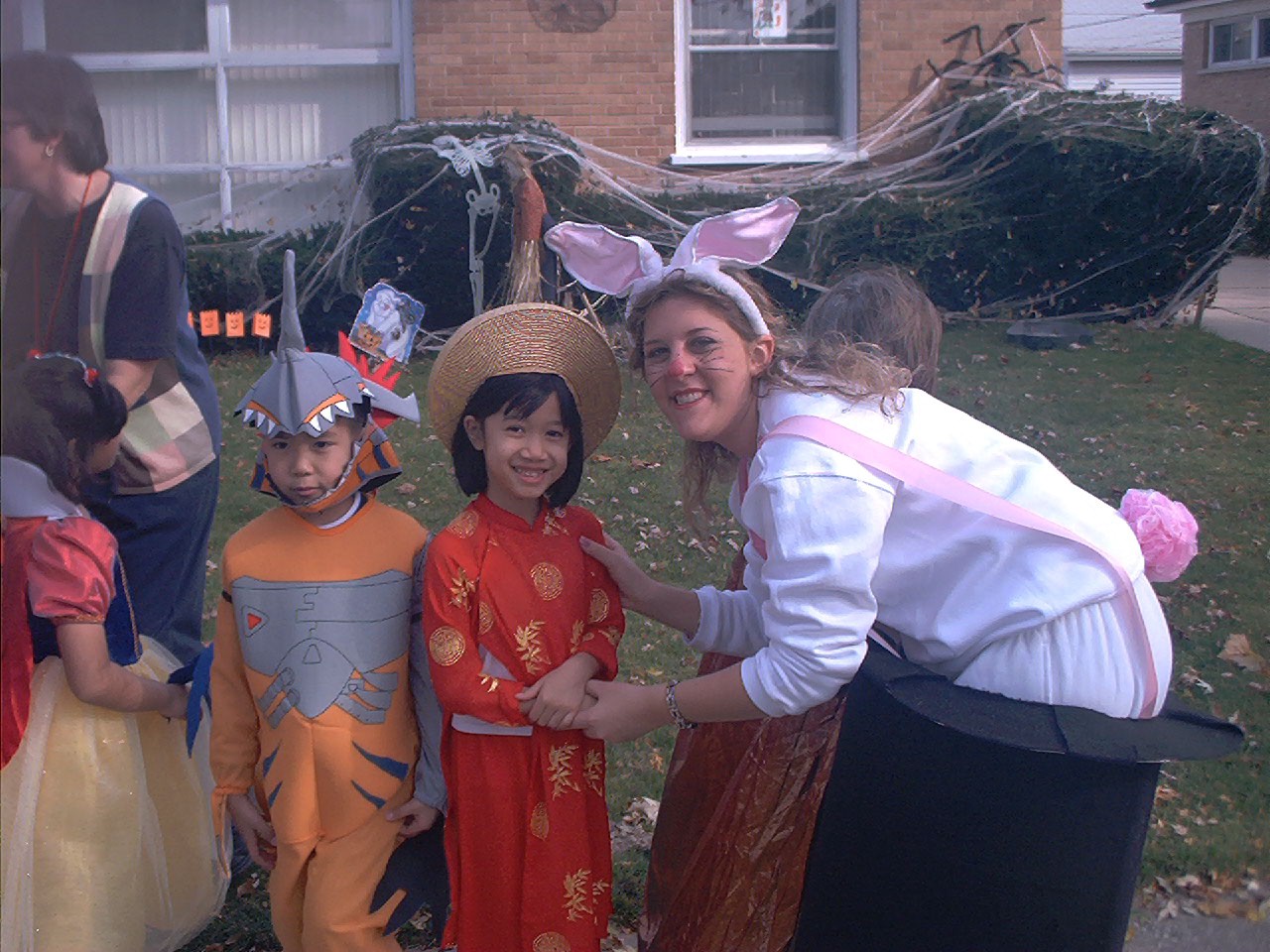 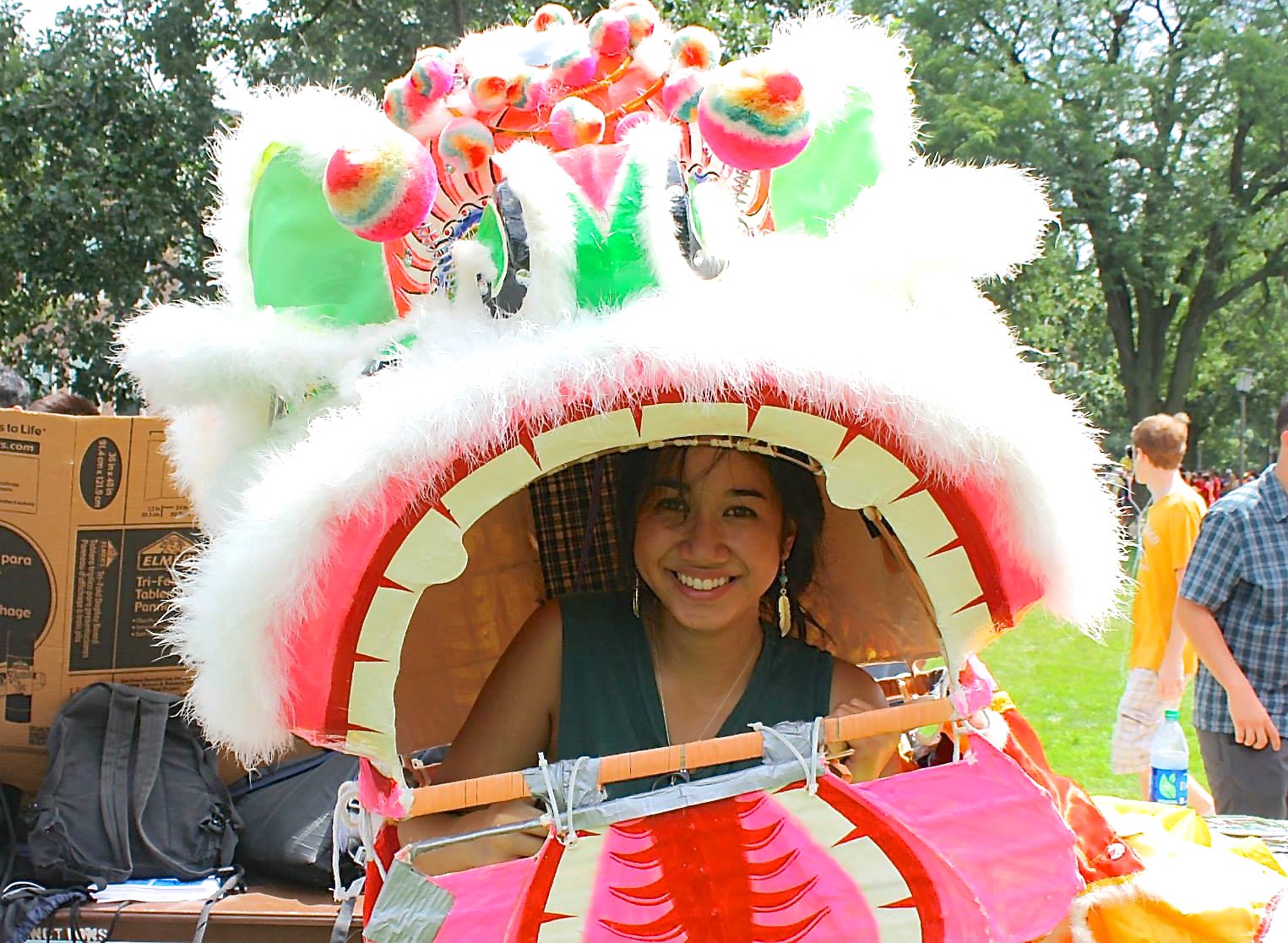 I don’t blame anyone for making me wish to be something wholly different than who I am, nor am I bitter about it in the slightest. The other day, my Asian roommate told me she’d do anything to look white. Even though a part of me cringed, I understood the sentiment in a way that was painfully nostalgic. What I do regret is putting my younger self through years of self-loathing over something that she couldn’t help or understand at the time. 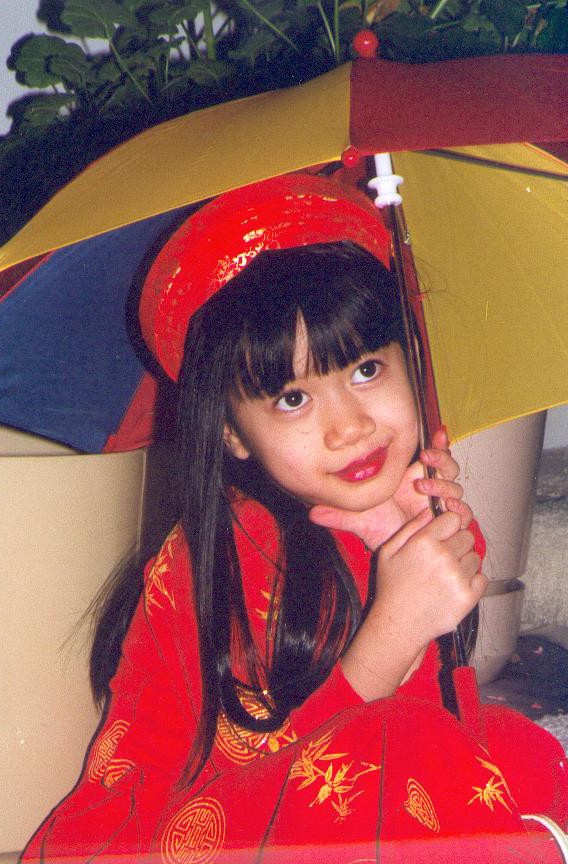 I want to go back and tell her that she doesn’t need to have high cheekbones and a button nose to be cute, but to hell with cute anyway because she was smart enough and creative enough and kind enough and even if she wasn’t, she was growing into who she is now: someone who is still growing and will not stop growing. I want to tell her that it’s pretty damn cool that she knows how to speak two languages and she can be good at English while also being able to talk to her grandmother past formalities. I want to tell her to eat her mother’s food slowly during lunchtime and to savor it all the time because the college dining halls will not compare. I would tell her about how beautiful the áo dài is and to find all the excuses to be a moon goddess because the Vietnamese folktales are rich and full of history while Britney Spears only dates back to 1981 and the witch costumes weren’t even the least bit scary. I would remind her that her mom is the one who taught her to speak and read in English, and that’s why she was the only one in her kindergarten class who knew how to spell “spaghetti,” a food that was certainly not Vietnamese.

There is the chance that, upon hearing all of this, she wouldn’t believe me — from what I remember, she was stubborn as all hell. So I’d tell her to wait. I’d tell her that eventually she’ll learn these things for herself. Some things will fall into her lap and cause revelations; some things will sink in after years of searching and asking and finding. But she will find, and then she will understand, and then she will want to know more. Wanting to know more, she eventually realizes, will make all the difference.

This story originally appeared in Endless on Medium and is republished with permission from the author.

NYC will host a massive ‘Homecoming Week’ in August with a 60,000-person concert

Beginner’s guide to visiting the Hawaiian island of Molokai

9 experiences you never knew you could have in Nebraska

7 things that will surprise you about Myrtle Beach, SC