On April 19th, four orcas, including a calf, got trapped in a shallow bay that was filled with stones and ice in the Sea of Okhotsk off Sakhalin Island, Russia.

RT reports that it took eight hours for the members of the Russian Emergencies Ministry and a local fishing company to save the animals. The rescuers used hooks to push the chunks of ice away from the whales. The larger slabs were towed away thanks to a rope and a vehicle on the shore. 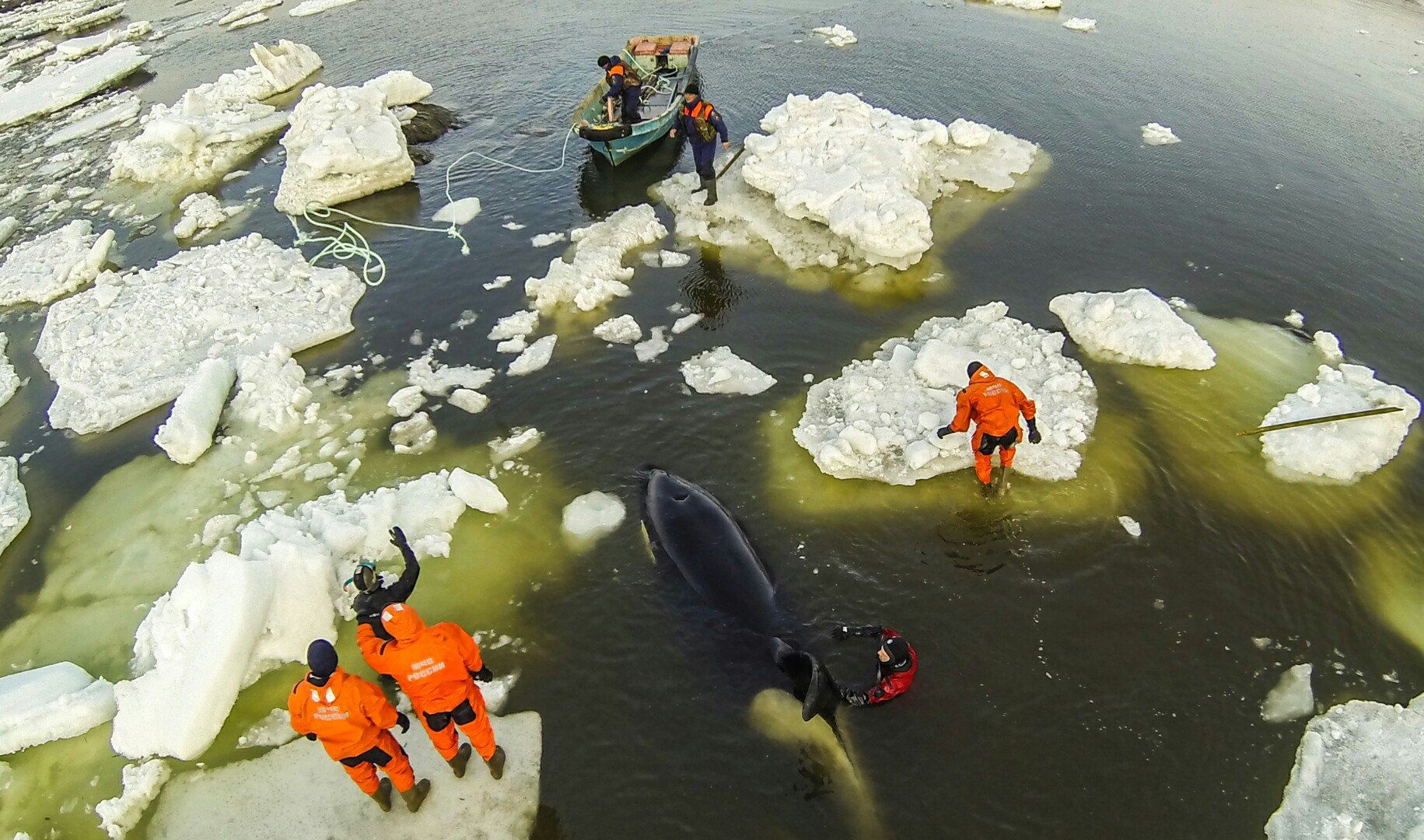 With the path to freedom cleared and with the guidance of rescuers who got in the water, three of the four orcas swam away, but the larger one, a male whale of nearly 23 feet (7 meters), remained stuck.

The animal was exhausted and rolled on its side from weakness, unable to float up for air. The amazing rescue team was able turn the whale around, allowing it to breathe again. 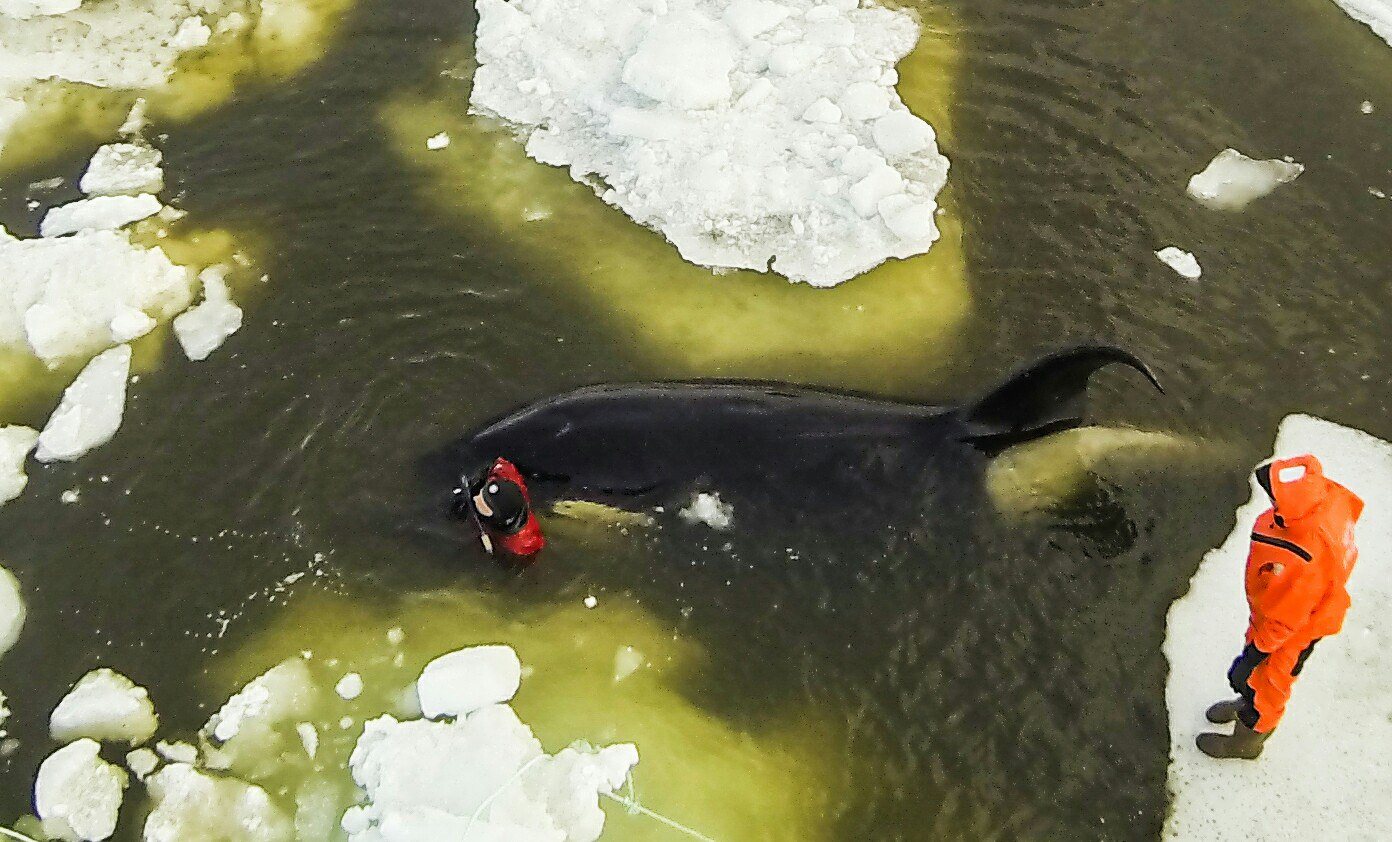 “The rescuers and volunteers that stayed near the animal at night covered it with tarpaulin to reduce heat loss and pushed away the ice floes that could hurt it”, the statement said. “At around 6 am local time, the rescue operation successfully ended. The fourth orca reached the open sea”, the ministry said to RT.

We’re very thankful for the rescue team’s efforts to free these whales. There’s no better sight than an animal free to roam in its habitat.

Check out the rescue mission in action:

H/T: One Green Planet and RT.