*All photos by the author

Have you ever felt your face burn up, go bright red, to the point where you start sweating, where your heart is beating like it’s going to beat out of your chest?

Imagine that… several times a day, every day with no control over when and where it might strike.

This isn’t just blushing with embarrassment, it’s chronic abnormal blushing and can lead to social anxiety. It’s an uncontrollable reaction triggered by an overactive nervous system, according to experts affects between five and seven per cent of the US population.

It’s very much an involuntary reaction that’s often dismissed or misunderstood by those who don’t suffer from it, but it can make people’s lives a constant battle.

If it is something that happens to you or someone you know, things do get better. They did for me and I found that travel was part of the solution.

Over the years, I had developed a habit of avoiding situations that would cause anxiety. I knew traveling solo would force me to face it head on by dropping me in at the deep end. I’d have no choice but to face circumstances that would make me deeply uncomfortable. Sometimes in life the only way out is through, and exposing yourself to your fears is often the best form of treatment. Traveling alone there is nowhere to run, nowhere to hide and no way to avoid those social interactions.

The fear of blushing

When I was younger, I used to blush a lot. Not just when embarrassed, but at some very random situations without any control over whether it was going to happen or not. The fear of blushing (erythrophobia) can make sufferers avoid situations where it can happen, often creating a cycle of social anxiety.

For me, this involuntary blushing and anxiety could happen at any time in any number of situations. Sometimes just by seeing someone I knew across the street (or even someone I didn’t) could trigger the dreaded beetroot face. I would stumble through social interactions at the bank, at the counter of a newsagents, trying on shoes, clothes shopping, and even just asking for a bus ticket. It could strike when being introduced to someone, being asked a question by a teacher in class, trying on a new pair of shoes, by someone mentioning my name and sometimes just completely at random. 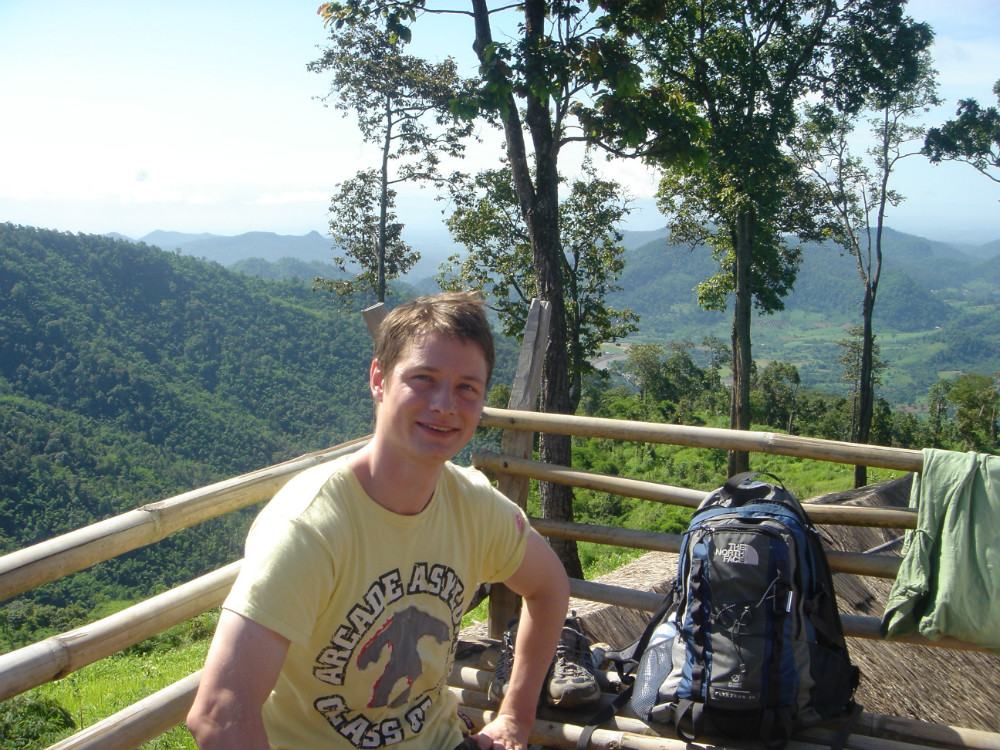 I’m not even sure when the beetroot face first raised its ugly head. Maybe from being in a class at school, stuck in the cycle of being put on the spot, the centre of attention. Even the fear of being picked for answering the question was enough to cause plenty of anxiety. Then the fear of it happening again without having any control over how you respond creates a cycle that’s difficult to escape from.

The fear of feeling that way again trains your brain to look for ways out, ways to avoid or ways not to expose yourself to the spotlight in the future.

The cycle became so destructive that it got to the point where I couldn’t go into a shop and buy a bar of chocolate without it happening.

Traveling also makes you realise how minor, in the grand scheme of things, these day to day social interactions really are.

I became quite awkward in many day to day interactions, shopping, buying clothes or even answering the front door to people. Over the years I’ve presumed this was just part of my personality, who I was. But I now realise it really wasn’t at all.

Any form of public speaking would fill me with terror and I’d avoid it any way I could. Even today I still battle with public speaking, and although I do sometimes put myself out there to speak, it fills me with total dread and anxiety for weeks in advance.

I’ve since been prescribed beta blockers (commonly used amongst musicians in the arts) to combat the fight or flight response when speaking, otherwise I struggle to speak to an audience due to the amount of adrenaline surging around my system. I’ve found that they do help me to think clearly and talk as if I was calm, otherwise it’d be difficult to get a coherent sentence together. I don’t rely on them for public speaking and don’t always use them. My anxiety around public speaking no doubt stems from the association with my earlier fear of blushing. 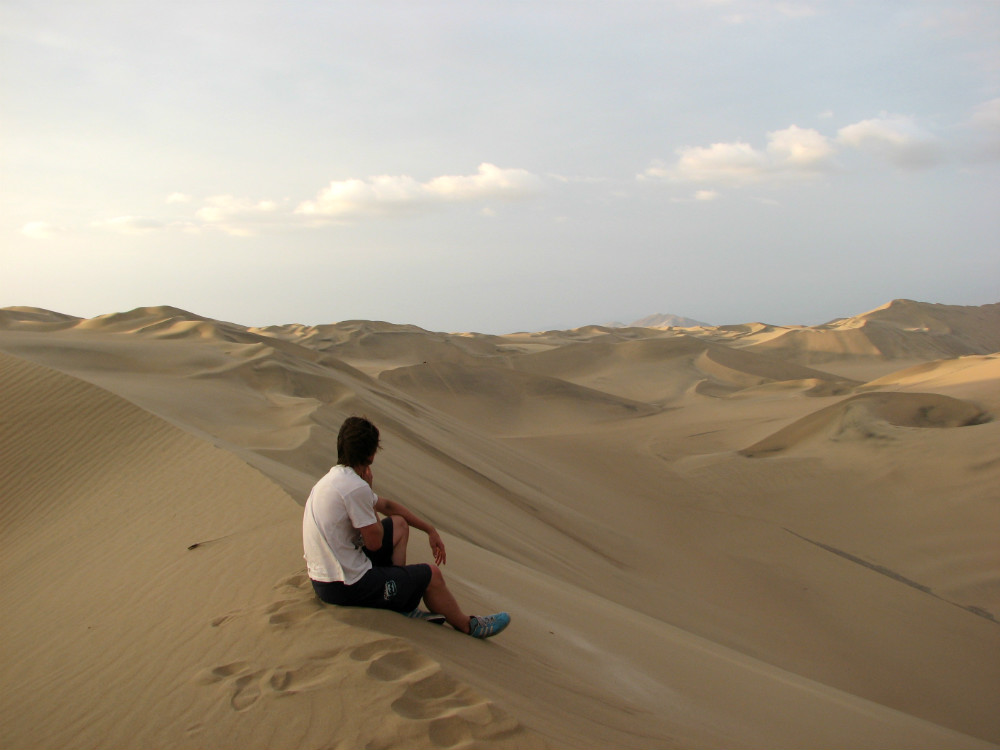 Some people find that chronic blushing affects their lives so much that they have surgery to stop it. In an even more extreme case in 2012, Brandon Thomas, a 20 year old student at the University of Washington, committed suicide. He left behind a letter explaining his struggle with chronic blushing and social anxiety.

“I am tired of blushing. It is exhausting to wake up everyday and have to find little ways to avoid blushing situations, like taking different routes, etc.” – Brandon Thomas, His Story

Although I can relate to a lot of Brandon’s story, I never felt totally helpless with my anxiety. Somehow I seemed to manage it and thought it was a normal part of being a shy person… except I wasn’t really that shy, but living in fear of blushing.

My blushing continued into my early 20’s before I realised something was having an affect on my day to day life, making me avoid interaction. What I hadn’t really figured out was that it was the fear of blushing that was the cause of the anxiety.

By the age of 25 I realised I wanted to travel to experience new things, see world famous landmarks, to attempt to learn new languages and eat exotic food, but also to gain confidence in dealing with people. So I hatched a plan to sell all my belongings, pack my bags and leave home to travel.

The beauty of traveling solo forces you to step way out of your comfort zone. You have to interact in order to survive, whether that’s booking a bus ticket, trying to navigate across a land border in the dead of night or asking strangers for directions in a foreign language.

Traveling also makes you realise how minor, in the grand scheme of things, these day to day social interactions really are. You begin to wonder why they filled you with anxiety in the first place. It helps you to be present, not worrying about the future or the past, but handling the situation you’re currently in. Letting your brain escape the anxiety of what may or may not happen, but letting go and experiencing the here and now.

Two years later I arrived back in the UK with far less anxiety. All the challenges I faced traveling solo exposed me to so many different scenarios to the extent I’d completely forgotten about the possibility of blushing. The fear had gone… the beetroot face had finally been suppressed.

My sporadic uncontrollable blushing episodes became quite rare. Today, if or when they do occasionally creep back up to the surface I don’t tend to dwell on them as I did.

Travel helped me to break the cycle, to gain more confidence and generally forget that I was supposed to be blushing all the time. For me, along with growing a little bit older, travel was the best form of therapy.

This article originally appeared on Travmonkey and is republished here with permission.

LifestyleHow I Deal With Chronic Anxiety When Traveling
Tagged
Lifestyle
What did you think of this story?
Meh
Good
Awesome

May 9, 2022 John Garry
✖
travelstoke
Download the mobile app
stoked by