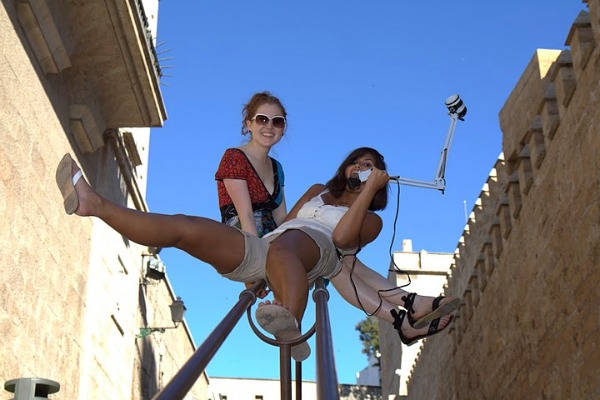 These are innovative times for fun lovers. Web technology and social media mean we can invent hybrid fun that is both participatory and spectator-worthy, spontaneous yet deliberate, intimately social and yet large in scale. Remember the first ever flash mob, which took place in Manhattan in 2003? Or when Jakob Lodwick, founder of Vimeo, coined the term lip dubbing in 2006?

Last summer my best friend came to visit me in Palma de Mallorca, Spain. I wanted to pay tribute somehow to the city’s beautiful historical downtown, and to give my friend a tour of the city more memorable than a sight-seeing trip with tour guide headphones. So I organized a citywide scavenger hunt: experiential, real-life fun, that utilized the web to make it happen.

Here’s how you can organize your own:

Play on your city’s landmarks and points of interest as well as its lesser-known underground.

Start hyping the idea amongst your friends and see who gets the most enthused, and form an executive committee of two or three people with good synergy. This will help you generate creative ideas, and you can divide up the planning based on your strengths.

Call an executive meeting and plan ahead. First up, decide when the event will take place. Pick a date at least one month down the road, because nothing citywide is going to happen in ten days time. Keep the event duration between four and six hours; weekends are best. 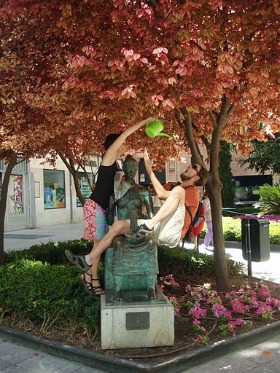 Photo by Team Watering Can

Then pick a start and end point for your scavenger hunt. Start at a central, well-known public place where people can congregate, such as a park or plaza. End somewhere people can linger and mingle after the event. Perhaps somewhere you can set up a barbecue or bonfire, or your favorite rooftop terrace or bar.

The committee needs to imagine exactly how they want the scavenger hunt to play out. What will be the ideal number of participants? Will there be a list of written clues, a series of photo clues, or a treasure map, and do the clues follow an order? Will teams be self-selected or assigned? What are the rules, and how will you prevent cheating and declare winners? Will there be a prize? If needs be, set up an ethics committee to hammer out the details.

This is the most creative part of the event planning, but can also be the most time consuming. Tap into trivia and history about the city to test people’s local knowledge. Play on your city’s landmarks and points of interest as well as its lesser-known underground. Use a multimedia of clues in written, photo, and verbal form.

We made a photo collage of sites around the city. Teams had to identify them, go there, and recreate the picture in as accurate and yet creative a way as possible.

Assume participants will have digital cameras to evidence their findings, and think in images about what they should find. Don’t get carried away: between 10 and 20 clues that can be reached without a car in one afternoon.

Next Page
Tagged
Lifestyle
What did you think of this story?
Meh
Good
Awesome

All US national parks will be free this Saturday
30 awesome Japanese idioms we should start using in English
20 of the funniest idioms for people learning English
The truth about artificial vanilla extract (and why you should always splurge for pure)
Pyramids, art, and mole sauce make Puebla much more than a side trip from Mexico City

The 18 best digital nomad visas from around the world

A NASA engineer on the Mars rover, women in science, and why mentors matter

This country has officially been named the happiest in the world