I always wanted to be white.

I could’ve fooled people with my intense love for Radiohead, Wes Anderson, or my love of thrifted threads. But no matter what I wore or listened to or watched to balance out my brownness, my paltry skin was always pointed out to me like a glowing scab: by an ostensible friend declaring that I was the only non-white person on the playground; by a sixth grade teacher exclaiming, “You are so, er, caramel, aren’t you!” as I ran ever-so-sweatily back into the classroom after a soccer game. Another time, a salesperson at a makeup counter explained to my self-conscious teen self that my skin color was “too weird to find the right color of foundation,” and that I should either give up or buy a few different shades to make my own. What was the other option? Disappear?

Too many times my skin has been touched without my consent, as if I was theirs to touch, as if they had ownership. Like an object at a museum that they were in awe of with no respect for its origins. Too many times I’ve received comments like “what beautiful skin color you have” or “I wish I had your skin color” as if jealous of my “tan.” Not one commenter has ever acknowledged what it means to navigate the world with this otherness.

From a young age, I’ve understood that being white was synonymous with strength. It made sense: white people were already born winning. They had the “perfect” straight hair. They were on the covers of my favorite magazines, Vogue and Elle. They were the lead characters in all the shows I watched as a teenager: E.R., Friends, Sex and the City. I secretly hoped that just one episode would portray a biracial love affair. This was something I wanted badly in my own life, and I needed to see that it could happen through the screen. I yearned to be reflected in my everyday world, but people like me were always the anonymous ones, with no nuanced storylines, no vague substance, and no cool charm.

I naturally began to prefer whiteness like an itch, slowly developing an inner ego based on my fair-skinned role models. I thought of my inner ivory ID as my safety blanket, there to offset the offensiveness of my exterior. All of my flaws, all of my failings — every crooked cellulite bump, every broken, open pore — were the result of my melanin. And if I could just act like I was white, a sliver of the paleness that I so craved, if I could believe it myself, then maybe others could too.

So I began to lie to white people to hide my otherness. 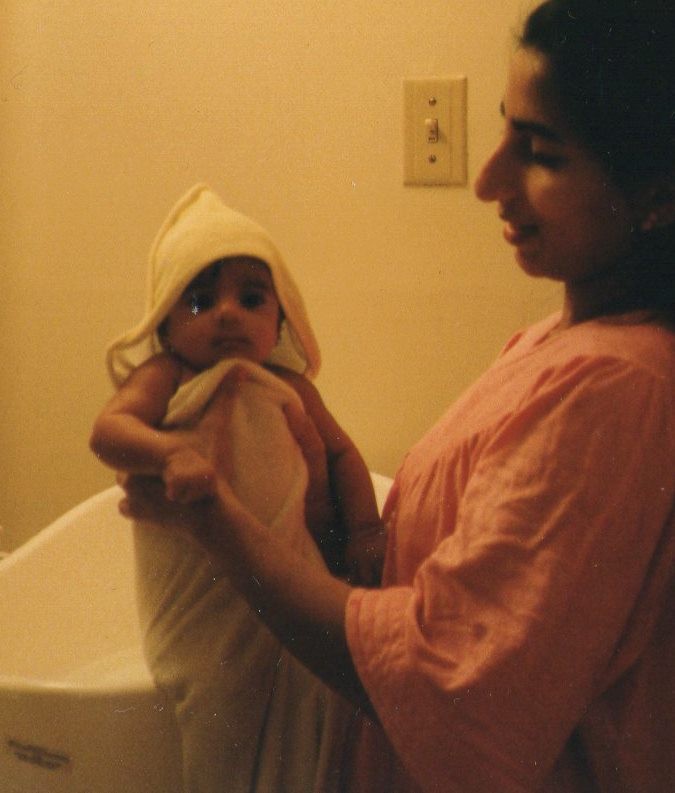 Fariha and her mother. Photo: Author

At the glib age of seven, I convinced my neighbor’s angelic white granddaughter, Imogen, that my name was actually Felicity Hanson, the whitest pseudonym I could muster. I wanted the name “Annabelle,” my favorite name of the 90s, but thought Felicity was more “me.” We played make believe in her grandfather’s old garden and ran in circles chanting our hushed witchcraft. She would refer to me as “Felicity” loudly and correctly, and my heart would sing, Yes, that sounds better.

I became “Arwen” when I turned 12 years old, convincing the girls at school to refer to my new name with the respect it deserved: Arwen, Queen of the Elves. Even teachers began calling me by my most exalted name, and I transformed into an operatic elegance. In retrospect, it pains me that a silvery fantastical character seemed more valuable, more real, to me than my actual identity.

Eventually, everyone learned the truth.

One slow Sunday morning, my father opened the front door in his grey-blue checkered lungi, to a bewildered pale-faced child asking for “Felicity.” He explained that my name was Fariha (enunciating the “ha”), not Felicity. To this day, I wonder if he reticently understood my shame. He never scolded me — though my mother did, telling me I shouldn’t lie to innocent little white girls. 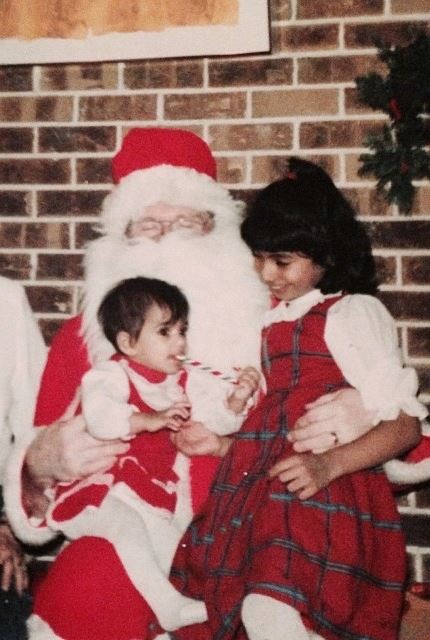 I have never known how to explain the variegated shades of my parent’s separate cultural lineage: they are both culturally Bengali, and both also mixed. My father has a white name; he’s tall, handsome, and elegantly framed with bright green eyes. His hair was always well manicured, sitting neatly across a face that resembles an elongated Gael García Bernal. My mother is beautiful in a jarring way — the way that reads ambiguously exotic. She has sweet dimples, near white skin, and hair that cascades like a mermaid’s. They are both always ethnically misread, both culturally hard to pin down. My mother’s father was born in India, became a Socialist cabinet minister in Pakistan, and later a pro-bono human rights lawyer in Bangladesh. He was all things at once, and perhaps, if the British hadn’t invaded or colonized, he would’ve simply and always been just an “Indian.”

But both my parents survived the 1971 Civil War in Bangladesh; they had to fight for their identities, for their language, and so, to them, they are not “half Iranian” or “half French”; they are just Bengali. I always wanted to be a combination of the both of them: the eyes, the dimples and the hair — everything that I deemed “white” about them. Unlike them, I was always blurring the lines of my identity: ½ this, ¼ that and ¼ this other thing. That distinction seemed a better way to be couched in brownness. 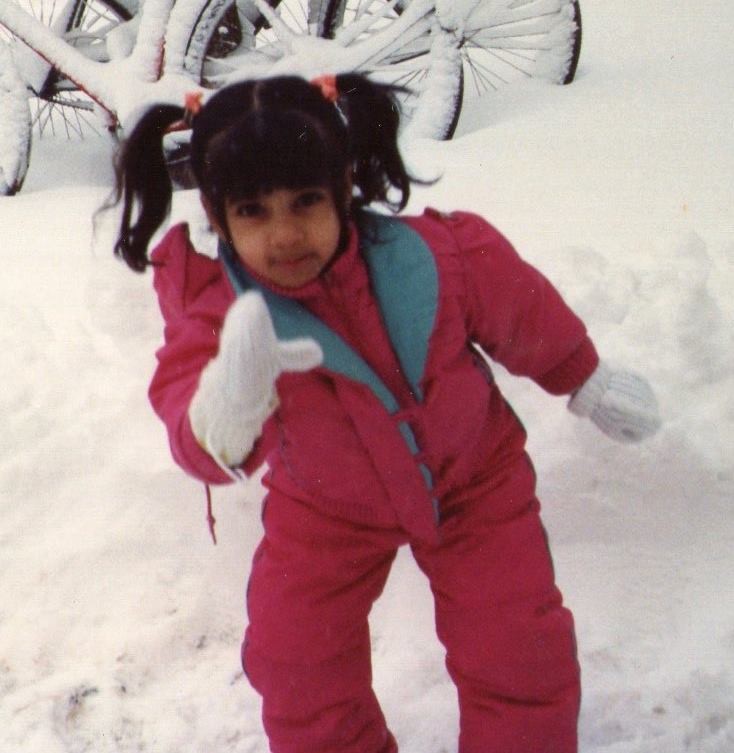 When friends told me I wasn’t like other “Indian girls” (even though technically, and confusingly, I wasn’t Indian), I took it as a compliment. When, in the same breath, I was called “exotic,” I agreed; I was. This was all a positive affirmation that I was more white than I was brown, and I felt like that was an accomplishment in and of itself.

I would seek this kind of affirmation wherever I went. I remember vividly sitting next to white man on a plane to Dhaka when I was 10. I didn’t like all of the dusty brown bodies scattered around the plane, gawking and laughing crudely, speaking loudly in blistering Bangla, never staying in their seats. I rolled my eyes at the white man, as if to say, “wow, rude much?” These people were not like me, I wanted him to know. I was closer to whiteness than they would ever be. I was like him, this white man, this complete stranger. I needed him to look at me and say “You are white enough,” but when I told him my name, he couldn’t pronounce it. “Feh-ree-ah” I repeated, convinced I would make this white man pronounce my name. But he gave up; it was too weird in his chum-ish white mouth.

I continued to be horribly ashamed of my own paucity in my teens, so much so that I would try to make others feel the same way. There was a girl in my eighth grade class called “Ting.” Her name was fast and sharp, like a click or a musical note, and if you said it repetitively, it felt like a quick prayer. Sometimes I’d say Ting’s name with a bright scowl, my teeth like a narrow grin, and sometimes I’d say her name three times Ting, Ting, Ting, awaiting her approval, her laugh. I was bloated by an arrogance to make her smile; me, the stand-in class clown. I think about Ting often with a dutiful shame, understanding my disrespect, my straight up rudeness. Was I othering her so nobody would other me? Just so nobody would start the Fariha jokes “for real” or “ferrari,” the brown elephant in the room?

It’s through the acknowledgment of these small microaggressions towards others that, as a person of color, I began to comprehend the weight of what we’re all battling: the ubiquity and supremacy of white culture. It’s so pervasive that, without even realizing it, we’ve all probably contributed to the power structure. In some ways, we’re all charged with guilt.

When I first had access to television, as a child of six or seven, I became obsessed with Bollywood. Juhi Chawla and Rani Mukherjee were Queens and my idols; they existed in this liminal world of being brown within white culture. They were fair, thin, and beautiful. And as celebrities, they were also relevant in the way I craved to be. I wanted to be everything Mukherjee was in Chori Chori Chupke Chupke — cocooned by a lover’s embrace, floating with ease. Even if I couldn’t be white, I could be like her; close enough.

Strangely, even amidst wanting to be white, I was still entranced with the culture that felt most like mine. Even if not fully, there was something innumerably magnetic about it. It’s that feeling that every South Asian person feels when they stare hawk-eyed at another South Asian person in shopping malls, or walking along the street, or wearing a tightly wrapped sari in a nondescript area. It’s why that scene in Bend It Like Beckham when Jess hugs Jules and an auntie rides by and thinks she’s kissing a boy — strikes so resolutely. We all just want to be seen. We’ve been starved of representation, so we latch onto anything that feels like ours.

In the past few years, through the language of Tumblr, namely, I’ve started to bleed out my strangeness, my internalized dread towards myself. And I’ve found other people of color doing the same: through writing, through selfies or other forms of self-affirmation, through camaraderie and vernacular. By creating this community — whether it’s through my podcast Two Brown Girls or by talking candidly about race with my peers online, I have begun to feel safe and confident about who I am, and I’ve slowly let go of my inner white self. Don’t get me wrong, unlearning whiteness has been a slow and grueling process of extracting “white praising” from my brain. I tell myself I don’t need white people to see me, or deem me beautiful or smart or enough. And most days I can look at my puckered brown skin, hair in cracks and crevices I’ve been told they shouldn’t be, my dark ashy knees, frizzy baby hairs that aren’t “cute” like the Kardashians, and feel calm, acceptance, and sometimes, I can even feel love.

It wasn’t until I found a community of people who had struggled with the same plights that I was finally able to embrace my skin color. Their support and acceptance gave me the confidence and the courage I needed to be myself. I want to make sure anyone who has ever felt this way has an outlet — a safe space — to talk about it with people who’ve gone through the same thing.

Tell me: Have you ever wanted to be white? Did you ever try to adopt white culture? Did you eventually unlearn whiteness, like me?

This piece first appeared in Femsplain on Medium and is reposted here with permission from the author.