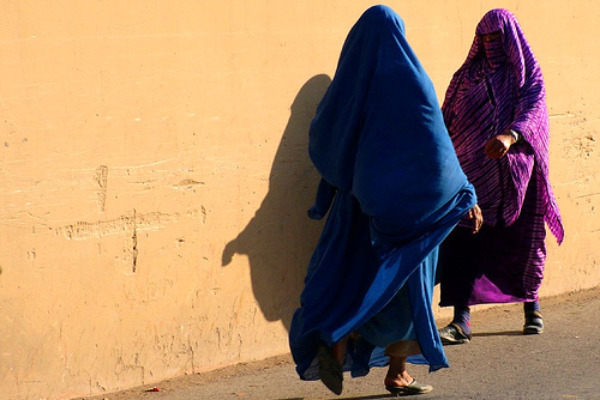 Does any culture have the right to define modesty, nudity or “freedom” for everyone else?

In the wake of Facebook’s decision to remove photos of women breastfeeding, a lively debate sparked on Matador Life about cultural perceptions of breastfeeding, misogynistic attitudes toward women’s bodies and the definition of pornography.

This led to the questioning of our definitions of concepts like “modesty” and “nudity.” Is there a universal standard of what should be considered modest or lewd? If one culture considers showing certain body parts as public nudity while another does not, does the second culture have the right to see the first as backward, oppressive or uneducated because of its differing views of modesty?

There are organizations, such as the Topfree Equal Rights Society (TERA), that promote the legal right for women be topless in public places. The TERA website states, “We do believe that since men may choose to do so [go topless] in many situations, women must also be able to at least in the same situations. Without penalty of any kind.”

TERA questions the premise of what is defined legally as nudity and why women who go topless are often considered to be in violation of public decency laws while men who go topless are not. While TERA focuses only on the United States and Canada, the existence of organizations like TERA, along with the following examples, make me wonder what the limitations are when it comes to determining what is a ‘right’, what is a violation of other people’s rights, and if it is even possible to agree to national or universal standards when it comes to issues like modesty and public nudity.

Bikinis in the Supermarket, Burkinis at the Pool

In the U.S. it is common to see cleavage in public and skimpy bathing suits on the beach, but why is it that if a woman showed up in a bikini in the supermarket she would elicit stares? What if a man went to his office wearing only boxer shorts?

In American culture it is generally not acceptable to expose that amount of skin in public. A woman in a matching g-string and a bra could not go to the neighborhood ATM without being noticed, yet if she happened to be standing on sand or near a body of water nobody would blink an eye. Well, unless of course they were checking her out.

Even in current-day Western culture, we can see that there are no clear lines. What is modest at the beach is immodest at the workplace. We have different standards of what is appropriate and inappropriate based on different contexts.

In some cases it can even be taboo to wear too much clothing. Just this month a French Muslim woman was banned from a public swimming pool in Paris. Her crime: having too much skin covered. She showed up wearing a burkini, a wetsuit-like garment that also covers the hair. Not only was she prevented from swimming with her children, but a local government official deemed her decision to wear the suit as “obviously a provocation by a militant.” 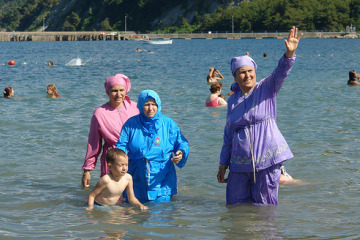 In France right now, there is significant debate over whether the burka should be banned. French President Sarkozy has made clear the that “the burka is not welcome in France” and has called it “a sign of subservience…a sign of lowering.”

The question here is: is it naïve to assume that all women who wear a burka or burkini are oppressed? Should we completely discount the idea that some of these women choose to wear such garments from their own personal conviction or preference, whether or not similar garments serve as a sign of oppression for other women?

Just as most of us in the West would feel embarrassed if we were stripped to our underwear in public, could it not be that some of these women simply feel uncomfortable and shamed at the thought of showing their legs, knees, or even their faces?

In Japan, posters of a pregnant, naked Britney Spears were temporarily banned from subway stations. The poster portrayed the cover of Harper’s Bazaar August 2006 magazine issue, and at the time many Western bloggers criticized Japanese officials for being prude and not promoting the beauty of a pregnant female body.

Author’s note: The naked Britney photos are not included in this article out of respect for those who would prefer not to see them. The photos can be referenced here and here.

Eventually the subway company caved and ran the ad, but if other nude ads similar to the Spears photo had been rejected in the past, why should the fact that the singer was pregnant force the company to treat the Spears ad differently? A spokesman for Toyko Metro explained that, “Our earlier request to cover the photo from the waist down was because of nudity, not because we had anything against pregnant women.”

This is an example of how one culture, represented by the editorial team at Harper’s Bazaar, did not take into account the norms of another culture regarding what constitutes public nudity. Just because we may not be phased seeing a naked singer on billboards or magazine covers, does that mean other cultures should be forced to get used to it too? 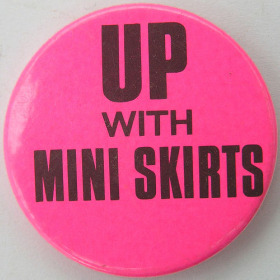 In response to a 1970 mini-skirt ban in Malawi, one European expat wrote about how the country’s “paradise was shattered” due to the ban, and it was now “a question of guerilla warfare. Chins up, hems up is the order of the day.” The article relates stories of expat women ignoring the ban, getting deported for breaking the mini-skirt rule and conspiring ways to get around it.

Throughout southern Africa, the waist, hips and butt are often seen as the most sexual part of a woman’s body. Countrywide mini-skirts bans have also been enacted in Swaziland and Uganda after an increase in traffic accidents allegedly caused by immodestly dressed woman. Mini-skirt wearers, both locals and foreigners, have been accused of indecency and public nudity.

Something makes me question the ethnocentrism of the European expat’s attitude toward the Malawi mini-skirt ban. It is really our place to engage in “guerilla warfare” against another culture’s concept of modesty? Glimpse contributor Saman Maydani wrestled with a similar issue when it came to wearing pants in Zambia. After a local man shared with her that wearing pants was considered to be “morally degenerative,” she chose a different course of action than the expat women in Malawi. She started wearing skirts.

In the West, we sometimes hold to this ideas that less clothing inherently equals more freedom, and that any culture that promotes differing views of modesty is either behind the times, fundamentalist or oppressive. I see the situation as much more complicated than that, and to assume to that our view of what modesty is defines freedom or lack of it just serves as another face of cultural imperialism.

Now that you know not to wear mini-skirts in Malawi or go swimming in a burkini in France, check out 12 Things You Don’t Want to Be Caught Doing in Foreign Lands.