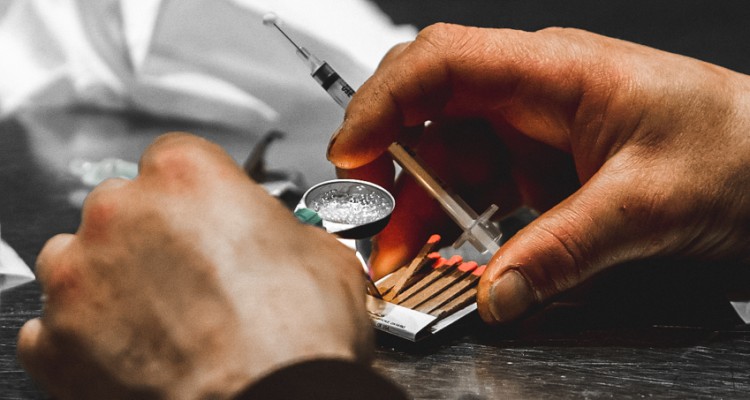 “During its eight years of operation, Insite has been proven to save lives with no discernible negative impact on the public safety and health objectives of Canada.” Unanimous decision by the Supreme Court of Canada, 2011.

Drug addiction is a universal problem. It is a colour-blind, stateless, unprejudiced scourge, and it crosses all the socio-economic barriers. And the numbers are staggering. Data from the U.S. National Institute on Drug Abuse, the World Health Organization and the National Institutes of Health, along with countless reports in the press all suggest that the worldwide number of so-called substance abusers is in the hundreds of millions, and of those, tens of millions have become addicted. But this article is not about preaching or proselytizing. It’s not about condemning or condoning, and it’s not about the vast majority of addicts for whom help is both available and accessible – help in the form of counseling, halfway houses, medication and even hospitalization. And if a Hollywood mogul or a Wall Street banker has fallen under the spell of the siren song, there’s always a few weeks of rehab at one of the private upscale clinics that masquerade as chic country clubs. I’m talking here about those users who can’t shake the devil off their backs and don’t have the wherewithal to get help. Many of them end up on the streets, homeless and helpless, shamed and shunned. The problem festers, communities suffer and the voices of reason go unheeded.

But what to do? There is no simple answer. There may not be an all-encompassing answer at all. But the very least that any civilized society can do is offer them the same level of compassion and empathy as are given to the victims of terminal cancer or incurable Alzheimer’s disease. And Vancouver’s Insite is about the best that there is. Working with the Vancouver Coastal Health authority, Insite is a supervised injection site, and the key word here is supervised. Wikipedia defines supervised injection sites as “legally sanctioned and medically supervised facilities designed to reduce nuisance from public drug use and provide a hygienic and stress-free environment for illicit drug users when consuming drugs,” with an emphasis on the highly-addictive substances like heroin, cocaine and morphine. Insite does not sell or even provide drugs, and it does not promote or condone drug use. Its principal purpose, as its own website says, is to “operate on a harm-reduction model, which means it strives to decrease the adverse health, social and economic consequences of drug use without requiring abstinence from drug use.”

Nobody just decides to get cancer, or diabetes or pneumonia. Nobody decides to jump into a car and get T-boned by a cement truck, or go for a walk and get mugged. Nobody decides to get hit by lightning, step on a rusty nail or choke on a chicken bone. But as a wise man once said, shit happens. And nobody decides to become a drug addict. Nobody wakes up one morning and makes a conscious decision to get hooked on cocaine, or heroin or crystal meth. Nobody looks in the mirror and figures the best way to get the demons off their back is to take a quick trip over to the local crack house. And nobody imagines for one nanosecond that any of the litany of legal prescription drugs – OxyContin, Percocet, Demerol etc. – could be the first step to a very dark place; this recent article in The New York Times exposes a startling connection between heroin addiction and the use of prescription painkillers. Yet it happens. In that moment of weakness, or curiosity or simply popping that little pill to relieve debilitating chronic pain, any of us can find ourselves taking that first step on a path of self-destruction. Whatever the reasons, and however the circumstances, most of us who have taken that first step will not become its puppet. We don’t crumble. Even if we don’t, or can’t, put it behind us, the majority of those who do get tangled up in that halcyon purgatory somehow manage to manage it. But for the unlucky few, whether for reasons of genetics, mental health or just plain bad luck, it can be hell. But it’s not a hell of their own choosing.

So why do most societies take care of the diabetics, or the victims of automobile accidents or cancer, but not of those addicts who have to look up just to see bottom? Why are these addicts shoved to the back of the line, far more so, it seems, than alcoholics, addicted gamblers or other victims of other addictions? Why is it that society – and I’m talking here principally about North American society – has put up this seemingly impermeable labyrinth for these marginalized few to crawl through, treating them like some latter-day Sisyphus. Victims of lung cancer are not abandoned because they can’t kick the nicotine habit, and diabetics are not turned into pariahs when they make that trip down to their favorite donut shop. For Christ’s sake, we take in stray and injured animals and hand them over to humane societies, and one can only begin to imagine the hue and cry – and rightly so – when a case of animal cruelty makes its way to the public forum.

Simply put, Insite provides a safe and health-focused venue for injection drug use, while reducing the impact on the greater community. 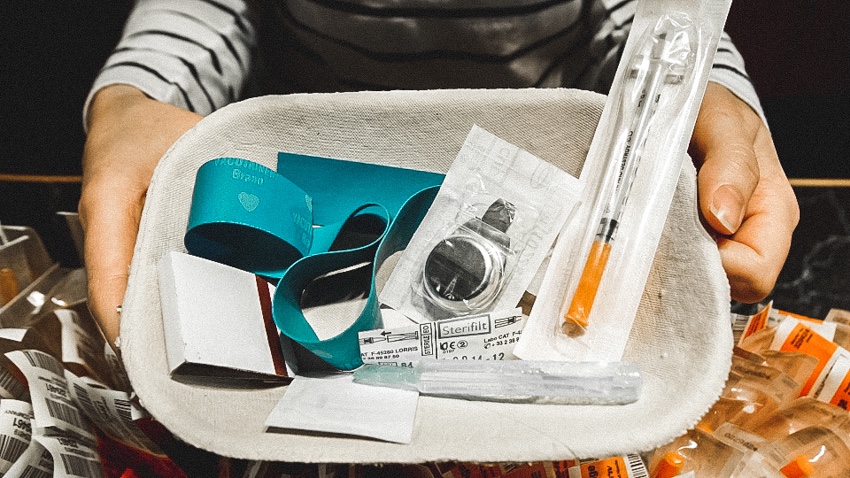 But here’s the thing… Insite works. The evidence that Insite’s presence has been a benefit to addicts, to the community and to the dollar cost to society is beyond refute. Study after study by institutions no less prestigious than the American National Institutes of Health, the British Medical Association and the Canadian Medical Association have given their support to Insite. And equally-prestigious publications like The New England Journal of Medicine, The Lancet and Addiction have offered peer-reviewed evidence as to Insite’s successes. Even the Vancouver Police Department has offered its support and approval, as have the current and former mayors of Vancouver, the International Aids Society and the New York-based Drug Policy Alliance.

One of the many reports promoting the effectiveness of Insite’s program was authored by Drs. Thomas Kerr and Julio Montaner of the University of British Columbia, in which it showed that British Columbia has gone from having the highest infection rate in Canada to among the lowest, and that in the immediate area around Insite – the 40-block area around the facility – there had been a 35-per-cent decline in overdose deaths. “People who use Insite on a regular basis are 30 percent more likely to enter addiction treatment,” suggests Kerr. And Simon Fraser University criminologist, Ehsan Jozaghi, has penned this report written for the British-based Harm Reduction Journal.

The evidence supporting the efficacy of Insite’s program is legion, and it’s overwhelming. But there’s a shameful contradiction…according to Insite’s Senior Media Relations Officer, Anna Marie D’Angelo, Insite is the ONLY legal program of its kind in all of continental North America. Let me reiterate this…between the United States and Canada, with a combined population pushing 350 million, there is exactly ONE legal supervised injection site. And the reason? Politics, or to be exact, politicians. Even Insite itself has had an uphill battle on its hands. It opened its doors in September, 2003, having been granted an exemption by the then federal Liberal Party of Canada from the Controlled Drugs and Substances Act. But when the Liberal Party was replaced in 2006 by the Conservative Party (with an ideology not unlike the American Republican Party), Insite’s license to operate was revoked. The revocation triggered a Supreme Court challenge, and the government ultimately lost the challenge. In a unanimous decision, Canada’s Supreme Court ruled that “… Insite has been proven to save lives with no discernible negative impact on the public safety and health objectives of Canada.”

A close-up of Insite’s injection room, where, on a typical day, there are about a thousand visits. And in its 12 years of operation, there has not been a single fatality.

Canada’s Insite is not the only legally-supervised injection site out there. Australia, Norway, Spain, Switzerland and a number of other European countries have similar facilities. But despite the best efforts of advocacy groups to open facilities in other Canadian cities, such as Toronto and Montreal, and despite the efforts of organizations like the Drug Policy Alliance to establish similar facilities in the United States, politicians have steadfastly adhered to the delusion that the so-called War on Drugs is the more prudent way to go. It may, of course, be more prudent from a vote-getting perspective – kowtowing as politicians do to the NIMBY contingent and in many cases to a right-of-centre agenda – but political expediency in this arena will be about as successful as the now-laughable War on Poverty or the thus-far catastrophic War on Terror. There will always be detractors, of course, but there is no shortage of evidence supporting the pitiable failure of this war on drugs, like here, here and here. So, let me know how the war works out for you, Mr. Politician.

The cold shoulder that communities give to the suggestion of a supervised injection site being opened in their neighborhood is somewhat understandable. The fact is that few among us would actually welcome the move, but how about this for a couple of wild ideas…setting aside a few thousand square feet in a few of the many well-staffed hospitals across the land, or maybe setting up facilities in a few of the hundreds of abandoned or underused government buildings that dot the continent. The problem of drug use is not going away any time soon, and the need for facilities like Vancouver’s Insite is an idea whose time has come. The longer our politicians keep their collective heads firmly planted in the sand, the worse the situation will get for the users, and for society. And until it’s resolved, it should remain an embarrassment for the law makers of the two great nations of North America. It’s time for politicians EVERYWHERE to stop f**king around and take a lesson from Vancouver’s drug treatment program.