Computer users typically pay for expensive software when most of what they need can be obtained free of charge. This free software is known as Open Source.

According to the Open Source Initiative, Open Source software must meet specific criteria. First and foremost, it must allow for free redistribution; its source code must be made publicly available and it must allow derived works and modifications. There is actually a long list of criteria, but those mentioned are the basic guidelines.

This means that a community of users can come together to create a program in an open manner, making for a better computing experience for everyone. It’s actually a very large community which pumps out every kind of program, from productivity to music to video to games, and all of it for free.

Although this is still a Windows world, and Apple is making big strides with OS X, but there is another operating system available. That operating system is known as Linux. Historically, Linux has been used mostly by tech-savvy folks, however that doesn’t mean that regular users can’t enjoy it either. 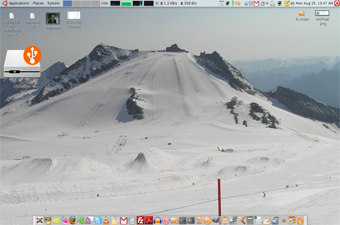 One of the biggest barriers to entry is the fact that there are well over 100 different flavors of Linux, leaving most people confused as to which one to use. For the average computer user Ubuntu is the way to go. Just about everything necessary for a typical computing experience is included.

For those looking to give Linux a try, there are two options available. The first would be creating a dual-booting system. If that is a bit too permanent, don’t worry; it’s possible to take Linux for a test drive without installing a single thing. It’s called a live CD, and it runs the operating system directly off the CD (or DVD). The Ubuntu live CD can be downloaded here.

While pretty much every web browser available is free, none of them are able to make browsing the web as enjoyable as Firefox. The browser is fully customizable with the use of add-ons, sticks to web standards as closely as possible, has a built-in spell checker (admittedly, this can be hit or miss), and many other features that deliver a smooth browsing experience. It’s available for Windows, Linux or Mac OS X. 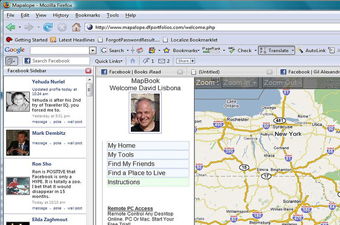 The best reason for using Firefox, though, is the amazing amount of security and privacy features. It has a feature called “Instant Web Site ID,” which makes it easier for users to spot suspicious websites, stops users from visiting sites with potential malware, helps with avoiding anti-phishing websites, and integrates with a user’s Anti-Virus software (Windows only feature). It also has a wonderful pop-up blocker built right in.

Top add-ons: ForecastFox, which gives users weather updates. FoxyTunes, which allows users to control just about any media player while browsing. FireFTP, which is by far the simplest way to upload files to a server.

OpenOffice.org is a full productivity suite for those who might be getting tired of Microsoft Office. Included in the package are Writer (word processor), Calc (spreadsheets), Impress (presentations), Draw, and Base (database creation and manipulation). 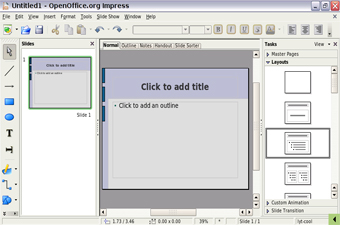 The best part is that OpenOffice.org can also handle different file types, including those used by Microsoft Office. So users don’t have to worry about not being able to swap and share important files with Microsoft Office users for school or work.

OpenOffice.org is available for Windows and Linux. Don’t worry Mac OS X users, NeoOffice is the version you’re going to want to get, which has been built specifically for OS X.

What open source software have you used, or do you use? We’d love to hear from you in the comments below.

What did you think of this article?
Meh
Good
Awesome
Bookmark
Posted In
Financial Savvy Tech + Apps

The best travel rewards cards for 2020