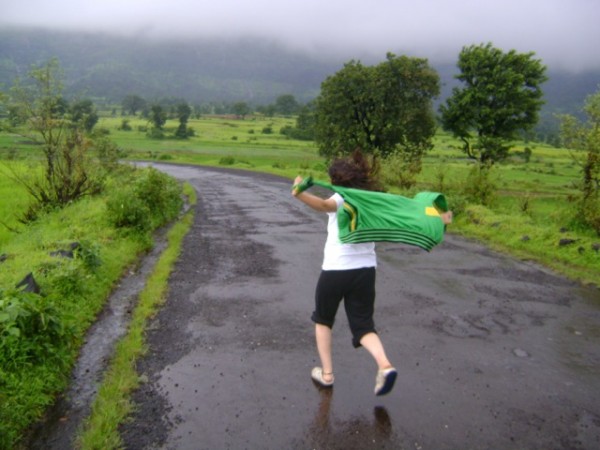 IN THE LATE NINETIES, I was a teenager growing up in New Delhi. Today, I am a 32-year old woman living in the United States.

There are a few other things that I am. I am a mother and a wife. I am also a newbie writer, which probably is beside the point. Or maybe it isn’t. The point is, for the most part, I am exactly what I was expected to be at 32, back then when I was still 17.

I have attained a kind of karmic social status that most Indians are more than familiar with. In India, it’s called being “well-settled.”

In our country, we have a social age for everything, especially for women. Education: early 20s. Marriage: mid 20s. Kid(s): soon, if not sooner! Otherwise it’s too late!

This figure quite literally exists in people’s heads — parents, relatives, even neighbors in some cases — and is like an invisible yet omnipresent doctrine that most young women are expected to comply with.

India is a progressive country full of open-minded people, but it is also a social paradox. While on one hand we are constantly talking about the empowerment of women — the freedom of choice, higher education, greater independence — we are yet to completely break the social norms of things like getting married and having children. I can vouch for that. I know.

Ten years ago however, I didn’t think much about all this.

Growing up, I was just as conditioned towards this formula as anyone else. Didn’t know any different, didn’t know any better. Hell, it never even bothered me. Finished my education (whatever that means!) at 21, got married at 23. I was the “good girl.”

I left India and moved to New Zealand in 2003. Six years later, I moved back home.

I came back a woman of the world, or so I thought. One night, shortly after my return, my sister Bhavna and I went out partying with some of her friends. I remember one of them in particular. She was smart, looked fabulous, was an art director with an advertising firm, and she knew how to have a good time. She was also 31 and not married. Odd, I remember thinking at the time.

“So what’s the story with Mona?” I asked Bhavna on our way back home.

“Why isn’t she married?”

“Because she does not want to be,” she replied, rolling her eyes.

Soon enough, I found out that Mona was one of many young women in India living their lives exactly the way they wanted to.

From living away from home to living alone, from earning their own money to spending it how they liked, from marrying when they wanted to or not, and from choosing when to have children or not, they were making their own choices.

Something had changed while I wasn’t around. And changed for the better.

In India, one is always taught to fit in. Breaking the barriers is not easy by any means.

In India, one is always taught to fit in. Breaking the barriers is not easy by any means. How did these girls do it? What drove them? Weren’t they scared of bad reactions? What about social pressure? I wanted to know more, about them and their lives. I didn’t have to look for long.

In the midst of all this, it dawned on me that my sister Bhavna was actually a perfect example of a young Indian woman living life on her own terms. She’d lived alone for four years in Mumbai, was Associate Creative Director at Ogilvy and Mather, and described herself as an avid traveler and a health freak. Her not being married has been the longest standing topic of discussion in our family; it has lasted eight years, and counting.

We’d have long conversations each time we saw each other.

“Why did you leave home?” I asked her once.

“I’ve always wanted to live alone. Wanted to enjoy the romance of roughing it out,” she said.

“Four years ago, I spent my birthday alone. It was the month that I had moved to Mumbai and did not know a single soul. Today, I have lots of friends. It does get better.”

During these talks, our differences seemed more glaring to me. I’d never lived alone, not even for a single day in my life.

On a trip to Mumbai, I met Megha, one of Bhavna’s closest friends. Head of marketing for a television channel network, she’d lived by herself most of her adult life. She offered a new perspective from someone I didn’t know personally. We went out for coffee a few times.

I learned from Megha that at 32 years old, most of the pressure for her was to get married. She wasn’t willing to compromise, though. “I have great friends and a fabulous job. I will marry when I meet the right man,” she told me.

“Actually, what about reactions from men?”

“Reactions from men are all sorts, mostly good though. There is a lot of respect, from the ones who matter anyway! I do think I intimidate a lot of them though,” answered Megha.

Megha’s words from the last time that I met her before leaving for Delhi stayed with me long after.

“Priyanka, I am living a life that most women dream about but never fight enough for. They succumb to pressures or somewhere do not make themselves a priority in their own lives. I love the fact that I make my own choices. The sense of power that comes from this is immense.”