In 1990, Jihad Al-Mohammed moved into an abandoned building in the old city of Sidon in south Lebanon.

The Lebanese civil war had just come to end. The Palestinian refugees who had been sheltering in the centuries-old structure had gone.

“But it was filled with rats and garbage,” says Mohammed. “So I cleaned it up.”

Mohammed had gone to Sidon, also known as Saida, from Syria for work and a place to live. He says he didn’t think much of the building. It looks a lot like many of the other structures in Sidon’s old city — with high domed ceilings and arches. 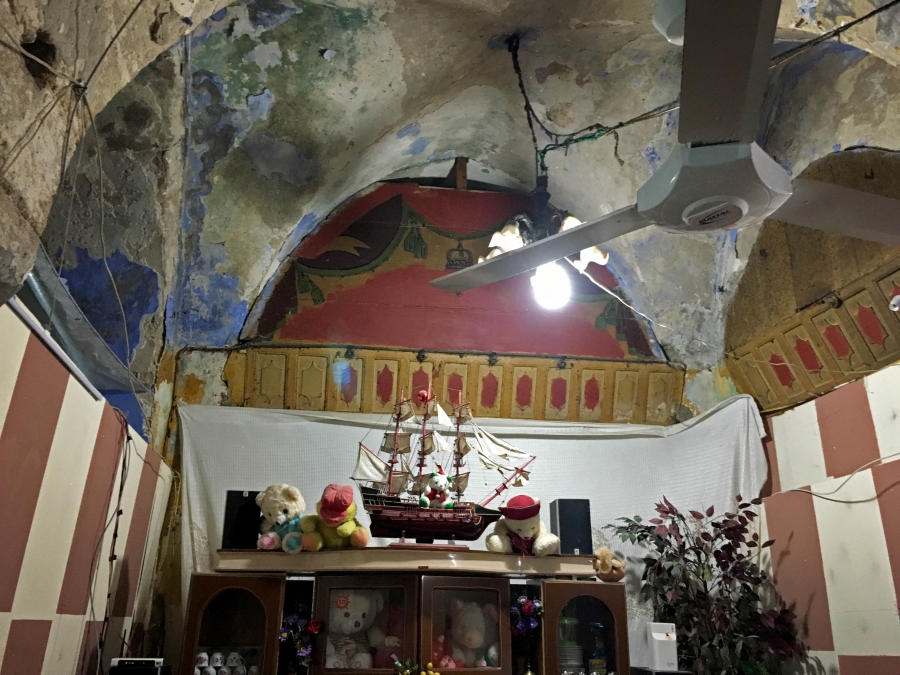 When he moved in, Jihad Al-Mohammed didn’t realize his home had been a synagogue. You can still see Jewish stars on the walls, though the Hebrew letters have been painted over. Credit: Rebecca Collard

However, a closer look reveals that, high above the marble floors now covered with carpets, are Stars of David — in the bars on the window.

“This used to be a place of Jewish worship,” Mohammed says.

It took him almost a decade to realize he was living in a synagogue. Some residents would call the area where he lives “Haret al-Yahud,” the Jewish Quarter, but he didn’t think much of it.

“And then tourists started coming by and asking to see my home,” Mohammed says. “That’s when I realized what this was.”

Mohammed has divided the building into different rooms — bedrooms for his children, one for him and his wife, a kitchen and the living room in what was the main area of the synagogue. 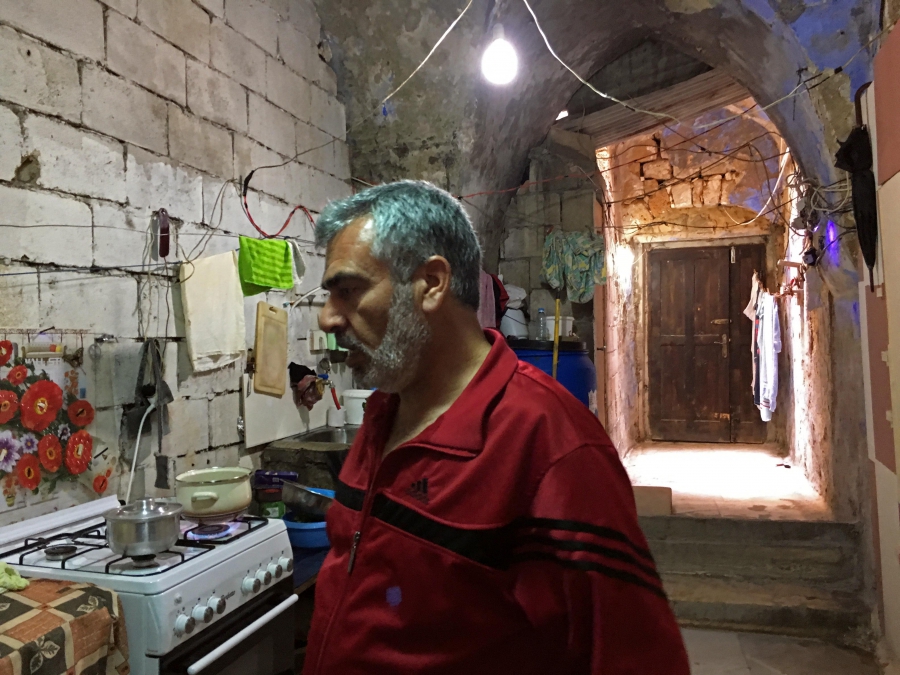 Jihad Al-Mohammed in his kitchen. He has a flat screen TV and a WiFi router where the synagogue used keep its Torah scrolls. Credit: Rebecca Collard

Where the Torah scrolls were once kept, Mohammed has a flatscreen TV and Wi-Fi router. The Hebrew letters that were once on the walls have been painted over. Cables crisscross the arches.

A few streets over from Mohammed’s home was once a Jewish school. Nagi Georges Zeidan has researched the history of Lebanon’s Jews and is writing a book about them. Sidon used to have a thriving Jewish community, stretching back more than 2,000 years.

But then came Lebanon’s civil war. The last Jewish families fled the city, along with thousands of others. The scars of that conflict are still visible on many of the buildings. 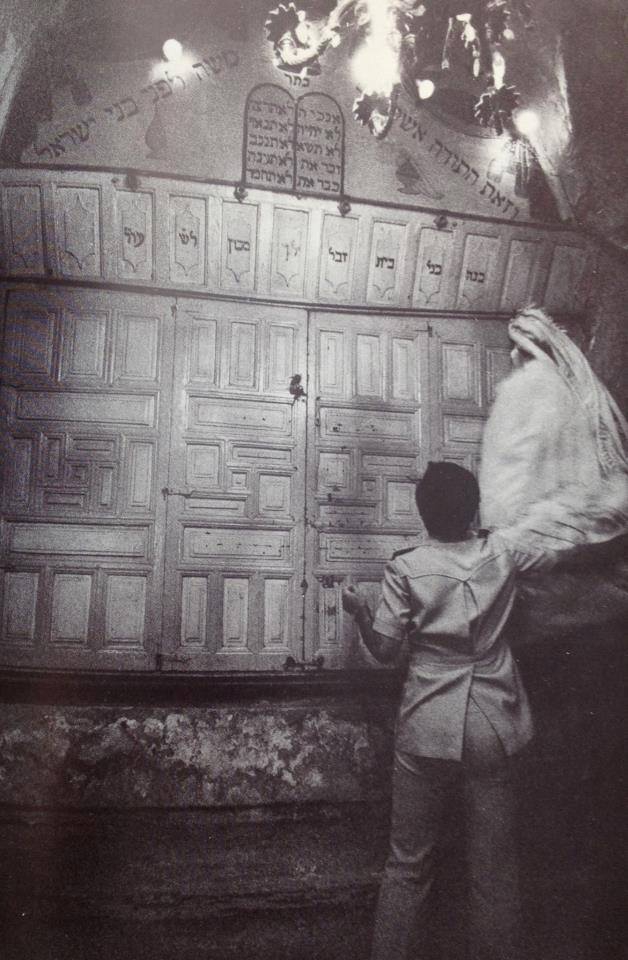 The synagogue of Saida, circa 1970. The city used to have a thriving Jewish population. Credit: Courtesy of Nagi Georges Zeidan

On the edge of the old city near the sea, Zeidan points out a simple two-story stone building.

“That was the Levy house,” Zeidan says. A couple of young men now sit on the balcony.

The Levy family was the last Jewish family in Sidon. They left in the early 1980s and the synagogue was abandoned. Millennia of Jewish history in Sidon came to an end.

Mohammed has photos on his phone of the many visitors he’s received over the years — from the US, Canada and Europe.

He even has one of two rabbis.

“They came and prayed here,” says Mohammed, recalling their visit in 2012. 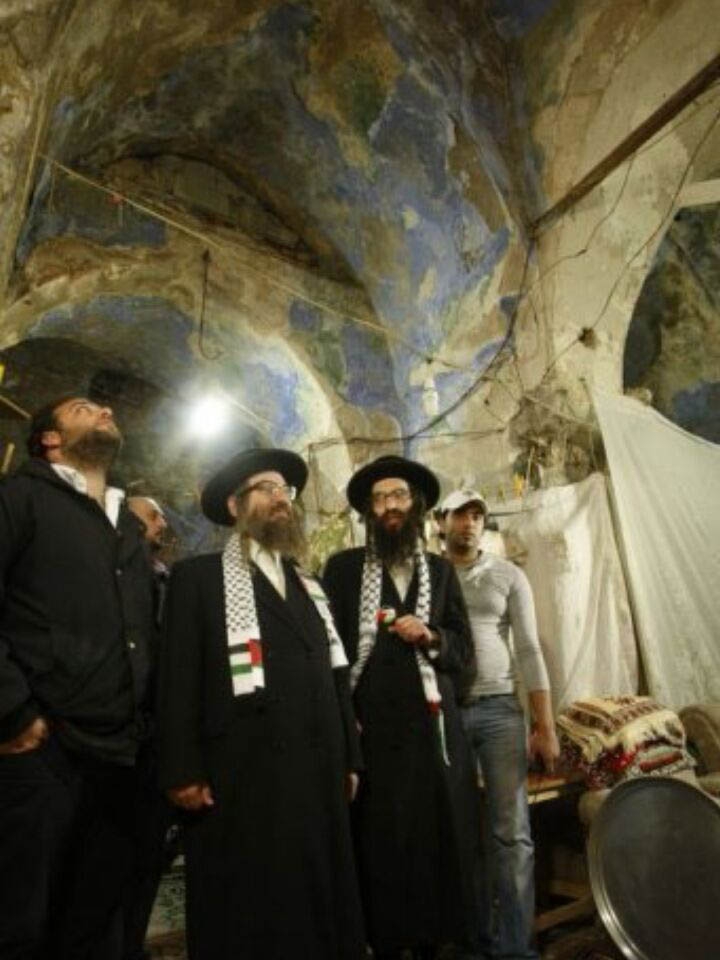 Now, he regularly has people knocking on his door.

He’s become something of an unlikely guardian for this ancient house of worship, but the building itself is decaying. The blue paint on the walls is peeling, and pieces of the walls and ceilings fall off every day.

Still, for Mohammed, this is home. He says he plans to stay here as long as he’s allowed. And he’ll keep welcoming visitors.

This story was originally published on PRI and is reposted here with permission.