AT FIRST SIGHT, it looks like a crazy choice  — to become a digital nomad in Iran. Even Iranians seem to feel pretty surprised and confused when meeting such a person. But did you know that the co-founder and CTO of Dropbox is of Iranian descent, as well as the CEO of Expedia, former CEO of YouTube and many other successful professionals in the tech industry? All in all, entrepreneurship has been a part of the Iranian DNA since ancient times, all through the era of the formidable Achaemenid Empire, during the reign of the powerful Safavid dynasty, until today.

After this short introduction about the Iranian diaspora and the rich past of Persia, let’s talk about the present and first of all quickly clarify one major stereotype before moving further. Since you’re a traveler, or getting ready to become one, I assume that you are already aware that Iranian people are not fanatics, burning flags in their leisure time, or hanging people in the streets instead of putting up the traditional carved pumpkins for Halloween. They are just like you and me  — hoping to get the best education or a good job, dreaming of travel, using social media, watching similar movies, listening to similar music, reading similar books. On the whole, they share our dreams. 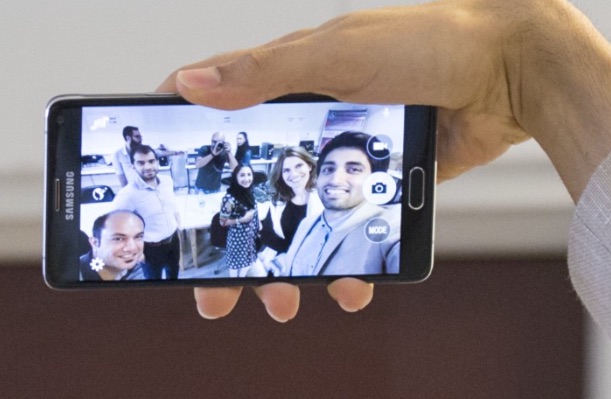 The startup scene in Iran, especially in Tehran, is booming. Even though the country is struggling under the weight of international sanctions, entrepreneurs enjoy the market of over 80 million inhabitants and very little external competition. Iranian entrepreneurs are not expecting any major help from their government; they get the real meaning of entrepreneurship and stick to it vigorously.

If I look at the 80+ countries I’ve visited so far, at the moment, Iran is the ideal place to be an entrepreneur, given the successful negotiations on lifting the harmful sanctions.
As is the case with any emerging market, it may at first be hard for you to adapt to the local lifestyle and business environment, but it’s still way easier than we usually imagine.

How to stay as long as possible on your tourist visa

To everyone’s surprise, most of the countries can get a visa on arrival at the international airports of Iran, assumed they have a return ticket on hand —  except for the USA, the UK and Canada (they need to get a visa beforehand at an Iranian embassy). The only flip side is the length of such a visa: only 14 days.

You can still prolong your stay at the corresponding police station, but only for another 14 days. The best way to get permission for a long stay would be to apply for a “tourist visa” beforehand at the Iranian embassy in your country.

A flight to Dubai (UAE) may possibly be the cheapest way to renew your tourist visa.

Which city to choose in Iran

Iran is a really huge country with many big cities spread throughout all of its four corners. It is ranked as the 18th biggest country in the world in terms of area and the 17th in terms of population (around 80 million citizens).

The choice of your stay will depend on your personal preferences, i.e. if you’d like to stay by the sea in a quiet and modern atmosphere (Kish Island), in a business city (Tehran), in a small village (Zanjan), in a place full of history (Isfahan, Shiraz, Yazd), or in a holy city (Mashad). 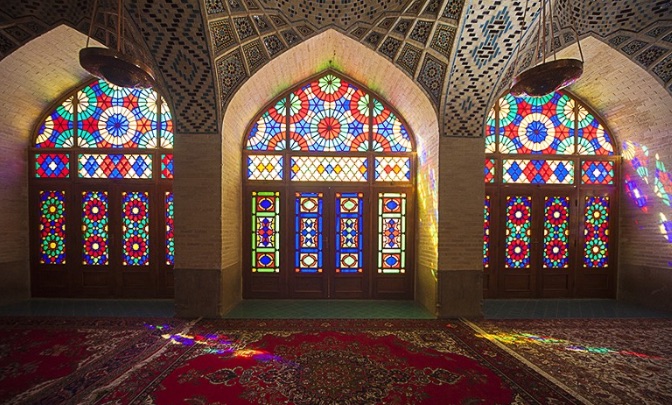 Where to look for good WiFi connection

First: VPN! If you have never heard of this acronym before, believe me that it will become your everyday routine. There are many banned websites in Iran, such as YouTube, Twitter, Facebook, Tumblr, Medium, etc., and VPN (Virtual Private Network) can virtually make it look as if you were logging in from another part of the world, thus circumventing the bans.

My tip is to install VPN apps (both on your laptop and smartphone/tablet) before getting to Iran, because sometimes you won’t be able to download them once you’re already there. Download as many different ones as you can, because they may stop working without notice.

I don’t know which VPN the Supreme Leader (@khamenei_ir) or the President of Iran (@HassanRouhani) use, but we’ve used HotspotShield for Mac and Betternet or SurfEasy VPN apps for iPhone.

As for the connection, almost all Internet cafes offer WiFi with acceptable bandwidth for an affordable price. In some hotels, Internet is still rationed (you may get around 100Mb per day). On the other hand, the 3G connection has amazingly improved over the last years. It’s reliable and way cheaper than in Europe. They even offer 4G!

My tip is to unlock your smartphone and buy a SIM-card with data.

Where to get the best SIM-card with mobile data

Mobile data is reasonably cheap in Iran (Iran Telecom and Iran Cell). Count around $5 for 3GB (1 month). 3G Internet speed in Iran is far better than what you’ll have when connected to WiFi in a café. 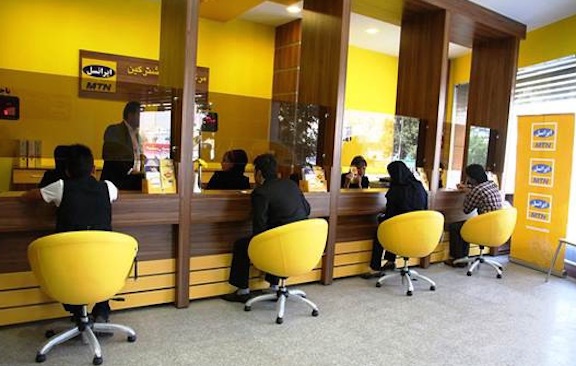 You can buy a SIM-card easily in many shops around the city. The main problem about a SIM-card with data in Iran is that it may take up to 1 week to get it. We managed to get it the same day we asked for it, thanks to one of our Iranian friends who got us the Holy Grail within 30 minutes using his own ID.

Where to find people to join your team

There are almost no co-working spaces in Tehran, but the tech community is quite small so you’ll end up meeting everyone in a couple of days.

Otherwise, you can check Ponisha.ir to find people who look for new job opportunities.

What are the best and cheapest places to stay in Iran

First of all, you’ll need to book a hotel before landing in Iran (sometimes they ask you for a reservation confirmation at the immigration counter, sometimes just for the hotel’s address). Since Iran is still under the economical sanctions, international booking websites won’t work for Iran. You’ll find most of the hotels featured in TripAdvisor but you won’t be able to book them. Just send them an email and they’ll come back to you with a voucher.

Once there, the best way to find cheap accommodation is Couchsurfing. The CS communities in Tehran and in other big cities are very active. You can find a couch for a couple of days, then they can help you find a long-term place to stay for a better price than a hotel.

Bear in mind that by law you are not allowed to stay at anyone’s place, but in reality you won’t come across any problems. So just don’t go shouting about it, mainly for the sake of your hosts.

How to move around

Public transport is good enough in most of the cities. The metro in Tehran can be really crazy during the rush hours, though. Female travelers board special female wagons, or they can stay in the male wagons with their husbands. Taxis are not cheap enough for everyday use. There are no meters in taxis, so you’d better bargain the price before getting in. I even used the Iranian version of Uber called Snapp (in Tehran).

There are good bus connections all around the country, some of them, called “VIP,” have only 3 seats per row and a large space for your legs.

We haven’t tried the train, but apparently the one going to Mashad offers the best comfort and is also the fastest.

Domestic flights are a great alternative to buses (around $40-$50 for 1 way) to get to furthest destinations, such as Shiraz or Kish Island. 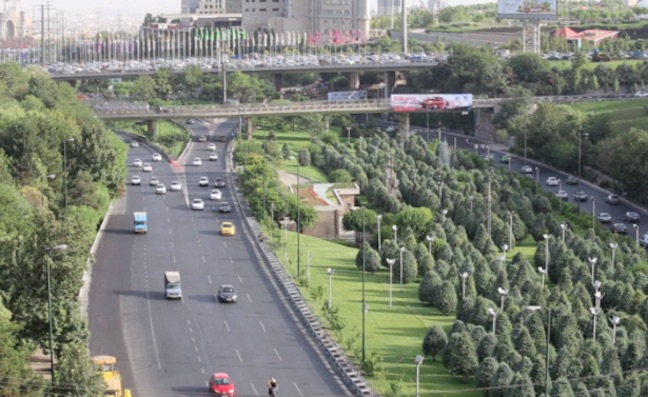 You can buy vegetables, fruits, meat, milk, bread etc. from grocery shops all around the city. In general, fruits & vegetables produced in Iran are dirt cheap, whereas imported foods would cost you more. Most of the Iranian dishes and street food contain meat, so if you’re a vegetarian, the best way is to cook for yourself using the inexpensive vegetables.

Of course, you won’t be able to buy alcoholic drinks, but some local guys make their own alcohol at home or they get it through the Armenian or Iraqi border. Christians and Jews are allowed to make their own wine but they are prohibited to sell it to Muslims.

When it comes to international brands, you can spot brands like Nike, Zara, or Levi’s (mostly in Tehran) but they’re only (good) copies brought from Turkey.

What about co-working spaces

At the moment, there are very few real co-working spaces in Iran. The first one is launching soon in Zanjan: Hamkarestan 404. Otherwise, you can try to negotiate an office space at one of the three startup incubators in Tehran: Avatech, DMOND or MAPS. Anyway, things are moving and many other facilities are in development. Definitely get in touch with the guys of Iran Startups (Tehran) or Startup Grind Shiraz (Shiraz). They will help you get in touch with the community. 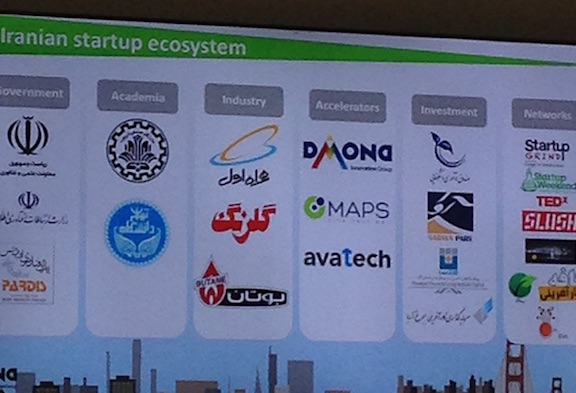