HISTORY RUNS DEEP throughout the entirety of Turkey, but you’ll find each of the places described below in the Black Sea region, a strip of territory running across the north of the country from the outskirts of Istanbul all the way to the Georgian border. It’s practically a country in itself, encompassing its own cultural variety and millennia of history. Here are some highlights. 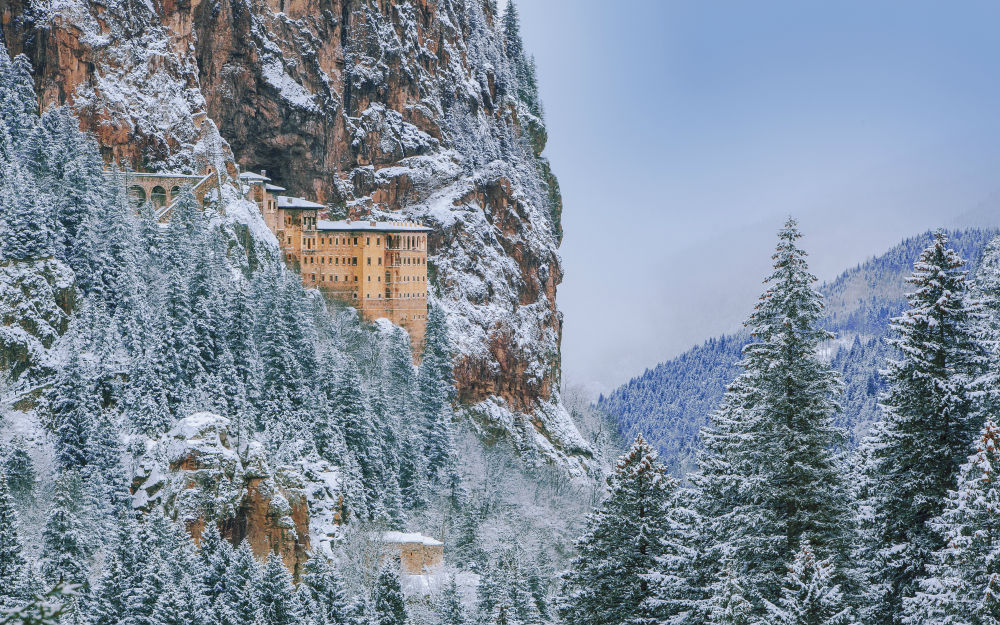 Perched in gravity-defying fashion on a cliff face near Trabzon, this is one of the oldest monasteries in the Christian world and a highlight of any trip to Turkey’s Black Sea region. Legend has it that the site’s founder, an Athenian monk named Barnabas, had ventured into these wild, misty mountains in a successful quest to find a wooden icon of the Virgin Mary painted by St. Luke of Biblical fame.

Over the centuries, and under successive empires, the monastery grew and prospered until the 1923 Greek-Turkey population exchange, which saw its abandonment. Though the complex eventually sprawled into 72 rooms, the two simple chambers Barnabas carved out of the rock in 385 AD to protect the icon of Mary still form its heart. This so-called “Rock Church,” covered with frescoes, rivals those in Cappadocia and Istanbul.

2. The historic guild town of Mudurnu

The mountain town of Mudurnu, located midway between Istanbul and Ankara, was a key Silk Road stopover en route to Constantinople and a major Ottoman-era trading post and military base with close ties to the sultan’s court. It has preserved much of its traditional character, if not its historical importance. Old wooden mansions from the 19th century, many with whitewashed walls, line the town center, where some traditional çamaşırhane over the river are still in use as communal laundry facilities.

Many shops in Mudurnu’s historical bazaar area retain their original shutters, which can be cleverly opened up to create canopies or folded down to serve as counters for exhibiting wares, and local merchants keep alive the culture of the “ahi” order — a uniquely Anatolian guild system — with a weekly public prayer that’s been performed in town for more than 700 years.

3. Stone bridges of the Fırtına Valley 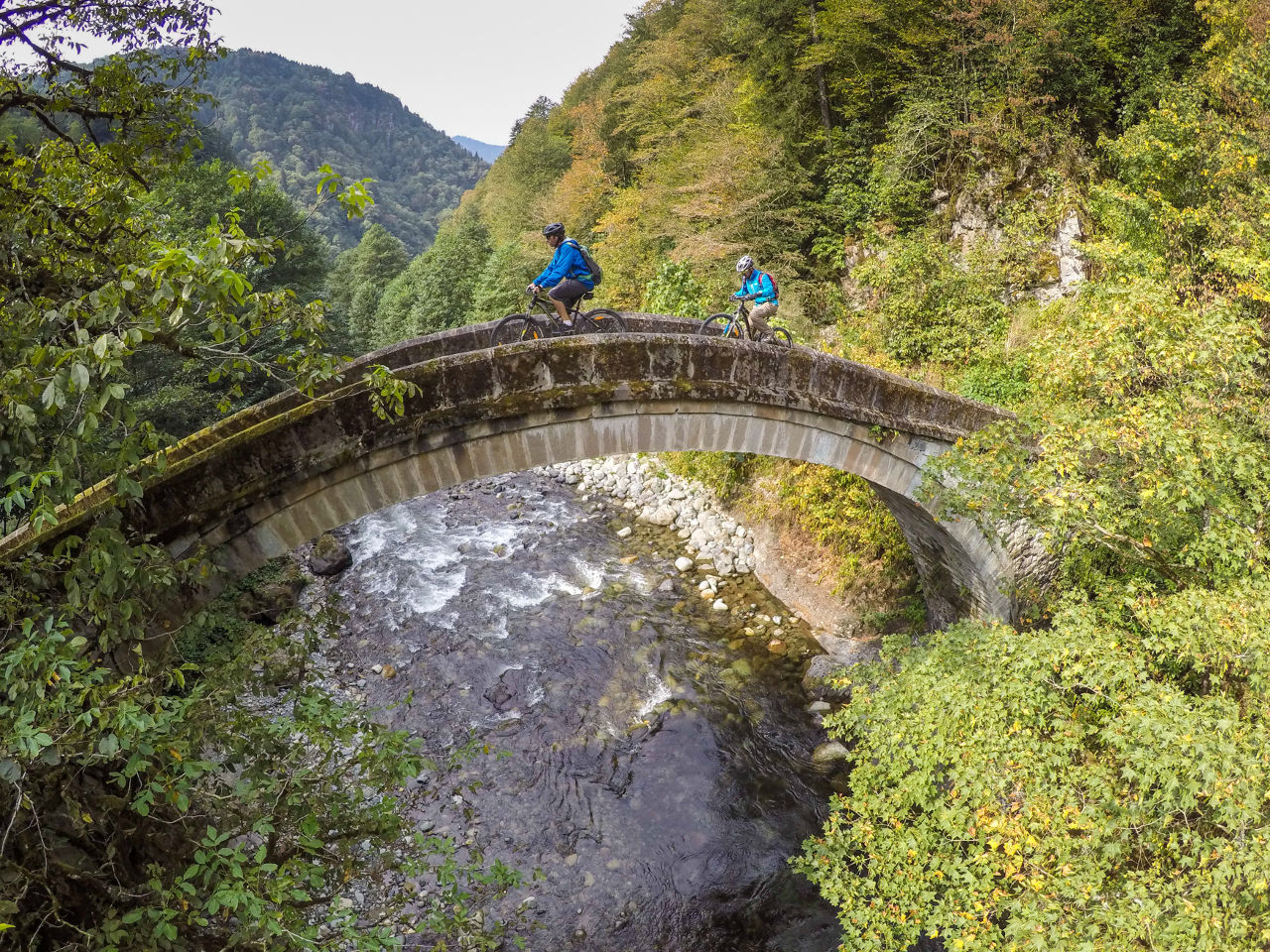 The lush Fırtına Valley east of Rize is home to nearly two dozen well-preserved stone bridges dating back to the Ottoman era, gracefully arching over the Fırtına River and its many tributaries. Famed for its tea, honey, and hazelnut production, the valley was once home to numerous stonemasons, who are believed to have built most of the 20-odd bridges there in the 18th and 19th centuries.

The bridges’ unusually high arches were constructed to accommodate once-frequent floods, but modern dams and other diversions have reduced many of the area’s rivers nearly to a trickle. Farther east along the coast towards the Georgian border, the similarly styled Çifte Köprü (Double Bridge) is a landmark in Arhavi.

The rock tombs of the Pontic kings are the biggest draw to this picturesque town standing in the mountains above the Black Sea coast. These monumental resting places, measuring up to 15 meters high and cut into the sheer cliffs towering over the Yeşilırmak River, pay tribute to the town’s long-ago past as capital of the Pontic Empire, a Greek/Persian kingdom established in the 3rd century BC.

Clambering up to the tombs will get you a sweeping view of the valley below and the town within it, where an attractive array of mosques, medreses (Islamic religious schools), hamams (Turkish baths), and markets reward a couple days’ wandering. The Amasya Museum, with its collection of mummies dating to the days when the area was ruled by Mongol kings, can help you more clearly picture the history these tombs have seen. 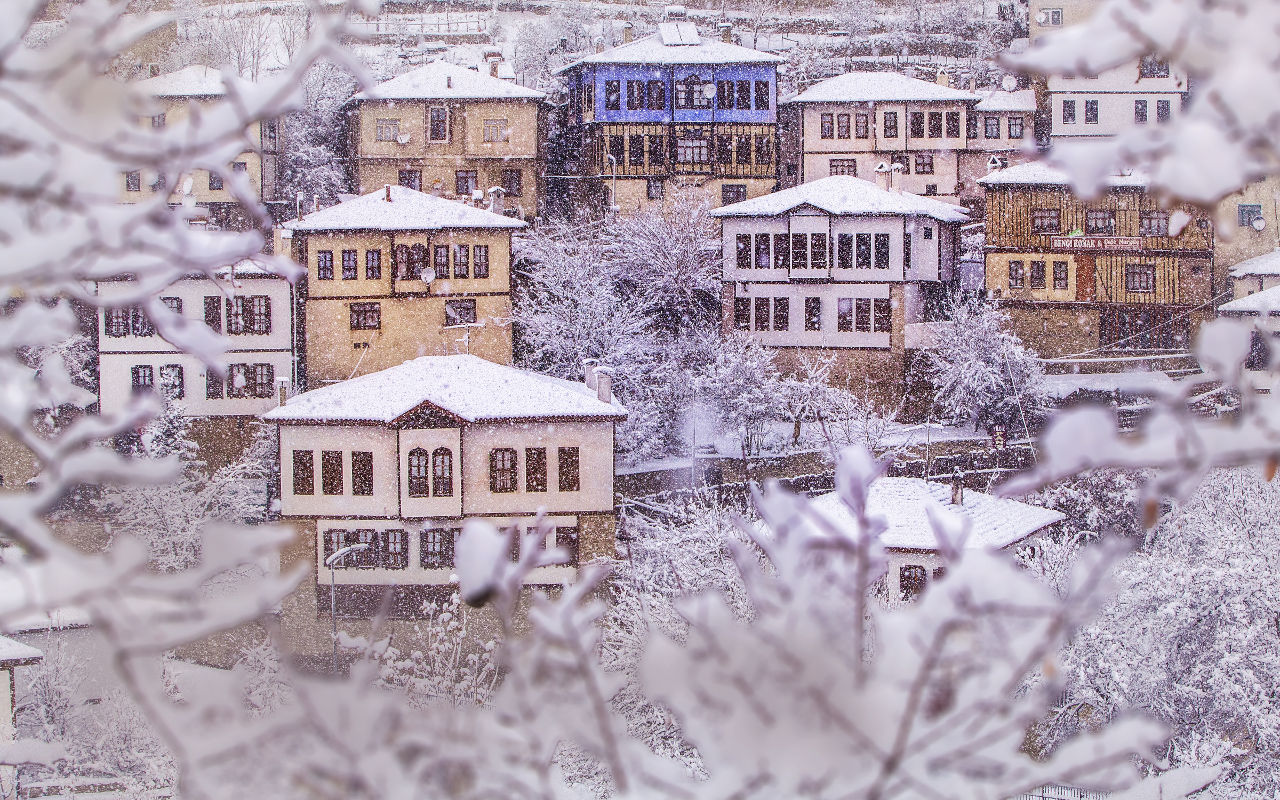 An important caravan stop for nearly seven centuries, Safranbolu in north central Turkey grew prominent and wealthy, and its architecture and urban planning eventually influenced city development all over the Ottoman realm. With its bucolic valley setting and dense concentration of restored timber-framed and red-roofed Ottoman houses, the UNESCO World Heritage Site is a popular weekend getaway for the in-crowds of Ankara and Istanbul, who come to stay in its boutique hotels, shop for handicrafts and sweets like yaprak helvası, and stroll (and photograph) its cobbled streets.

But it’s perhaps best known around Turkey for the high quality of the lokum (Turkish delight) it produces, some of which is flavored with local saffron (the spice that gave the city its name).

For an ambitious young man from Turkey’s Black Sea region in the 19th century, Russia was the place to go to seek one’s fortune. The success of those who hailed from Çamlıhemşin, in the hills above Rize, can be seen today in the town’s Konaklar neighborhood, where 200-year-old mansions line the steep slopes and give the neighborhood its name — Konaklar means “mansions” in Turkish. The stately two-story dwellings were constructed from local timber and stone and adorned with stained glass, door handles, and other decorative touches brought back from Russia, along with the cash to build the homes.

7. Genoese forts along the Black Sea

In the 1300 and 1400s, well before Columbus sailed across the Atlantic, earlier Genoese voyagers were plying Turkey’s coastlines, establishing a network of trading ports and routes that connected Crimea with the Mediterranean. Like cuckoos that lay their eggs in other birds’ nests, the Genoese rarely built their own fortifications, instead occupying or expanding on former Byzantine defenses.

Though the Black Sea towns of Sinop, Amasra, Akçakoca, and Şile all contain Genoese traces, the coastline’s most famous example of the onetime maritime republic’s legacy is the crumbling Yoros Castle, set on a high hill overlooking the meeting of the Istanbul Strait and the Black Sea. The exact date is unknown, but it could have its origins in as early as the 4th century.

8. Wooden mosques of the Black Sea 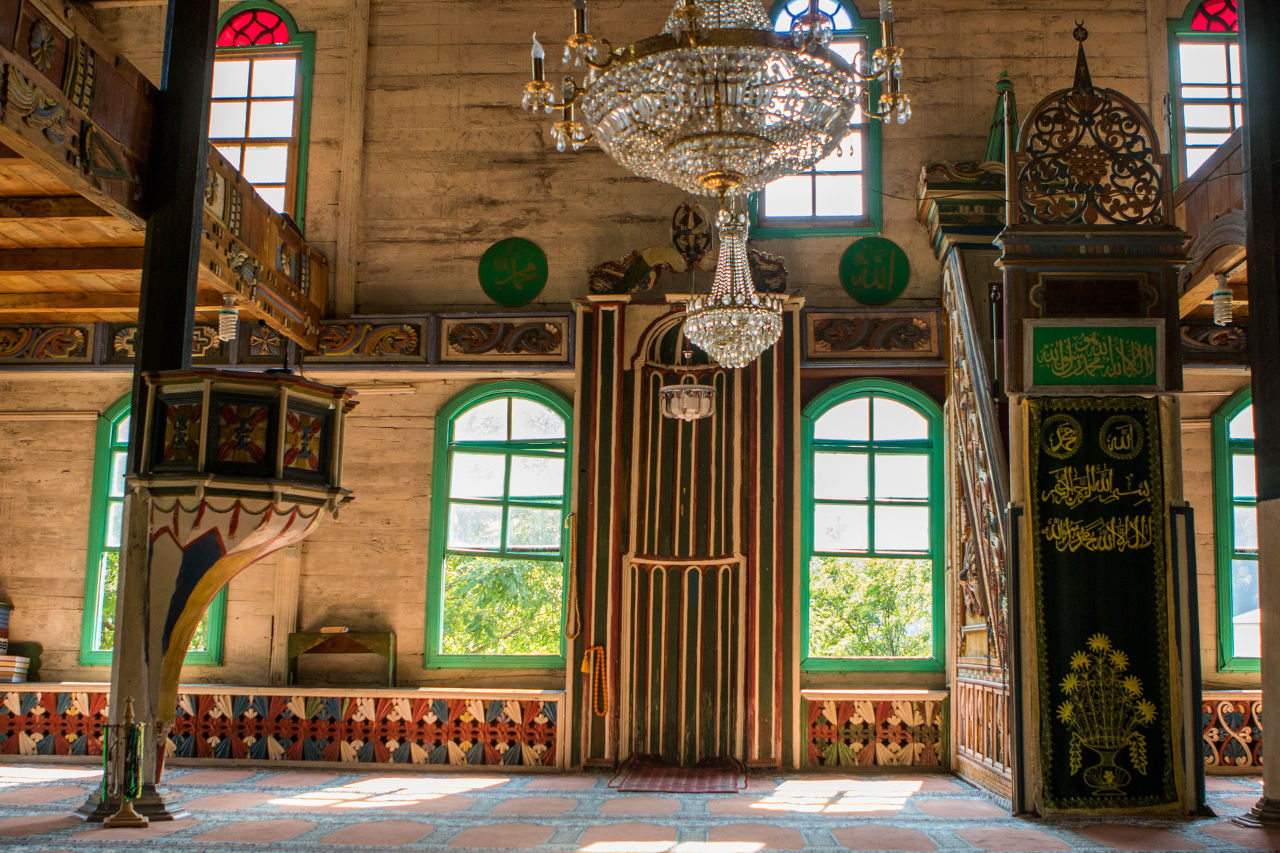 Constructed entirely of chestnut wood and intricately decorated with carvings of trees, tulips, stars, and flowers, the mid-19th-century mosque in Şimşirli village in Trabzon is a fine example of the region’s timber-built houses of Muslim worship. Despite the threats posed by a damp climate and dramatic summer-winter temperature swings, dozens of wooden mosques from the same era persist along the Black Sea coast, though the original architecture of many has been altered by stone or metal minarets, roofs, and other later additions.

With its worn wood and sheet-metal reinforcement, the 160-year-old Maral Mosque in Artvin’s Borçka town, for example, looks inauspicious from the outside, but its interior is an explosion of color, full of beautifully carved and painted details depicting scenes from the Quran. Though more subdued in tone, the woodworking inside the Bekdemir village mosque in Samsun province is no less masterful.

9. Georgian monasteries and churches of Artvin

This remote northeastern corner of Turkey was once part of the medieval Georgian kingdom of Tao-Klarjeti, which left its mark on the spectacular landscape in the form of 10th- and 11th-century religious buildings scattered amidst the area’s rugged peaks. Long abandoned and out of use, some lie in picturesque ruin, while others are relatively well-preserved, with their distinctive conical domes perched atop cylindrical drums like pointed hats.

Yusufeli, on the banks of the Çoruh River, makes a convenient base for seeking out the churches and monasteries of Ishkhani (İşhan), Oshki (Öşkvank), Haho (Bağbaşı), Otkhta (Dörtkilise), Parkhali (Barhal/Altıparmak), and other nearby villages — just a handful of the many ways to feel like you’ve stepped back in time in Turkey’s Black Sea region.

This post is proudly produced in partnership with Turkey Home.
Tagged
Insider Guides Turkey Turkey: Black Sea Hunt
What did you think of this story?
Meh
Good
Awesome
✖
travelstoke
Download the mobile app
stoked by