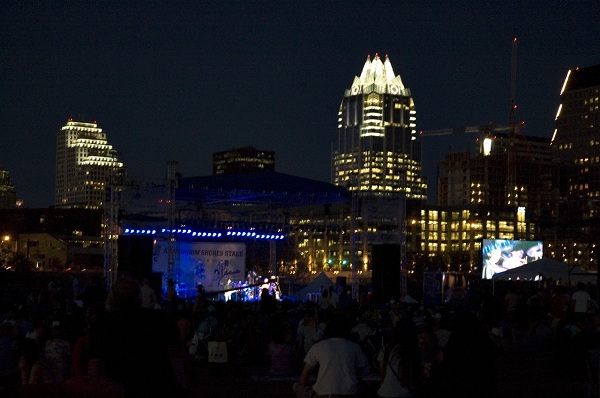 Over 800 bands descend on Austin, TX this weekend. The competition for space is fierce. Badge holders and wristbands get first priority, but for the general public, the secret to seeing great live music is knowing where to find it.

“Thank you for your interest but the RSVP list is full.” Seeing this message hurts a SXSW party goer when the RSVP list is a last ditch effort to ensure access. After Tom Gates snuck me into the Rachel Ray party last year, I should have learned to plan ahead for SXSW music parties but I busied myself with too many SXSW Interactive activities. 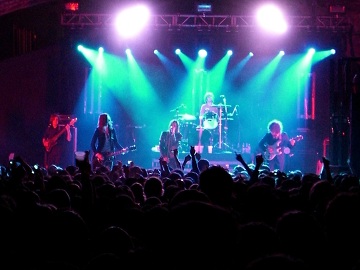 This year, the SXSW Music Festival is not missing out on the freebie action. The Strokes are brought to you by corporate sponsor Levi’s and SXSW at Auditorium Shores, and there are shows every day from now until Sunday.

There’s a shuttle to Auditorium Shores from the Convention Center, free of charge for badge-holders. Rock by Lady Bird Lake comes with food and crafts vendors (but for that you’ll have to pay).

What: Belfast Rocks
When: Thursday, March 17, 11:59AM
Where: Latitude 30
Who: And So I Watch You From Afar, General Fiasco, Lafaro, Pam’s Pocket Radio 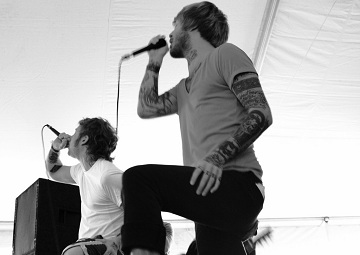 Actin’ The Maggot is Irish slang for behaving in a foolish, childish, or annoying way and sums up the Opal Divines’ Irish festivities.

And if not that , at least it’s the name of one of the bands playing this St. Patrick’s Day bash.

What: Matchbox Showcase
When: Friday, March 18, 10AM
Where: Antone’s
Who: Miranda Dodson, David Ramirez, Annaliese Schiersch, The Canvas Waiting, My Name Is John Michael, Now The Rabbit Has The Gun, Saints of Valory, The Soldier Thread

In case you’re wondering, AFHC stands for Austin Facial Hair Club. Everyone is getting into the live music festival with this free beer event. Come and Take it. St. Patrick’s Day looks promising too, with 13 Japanese bands. 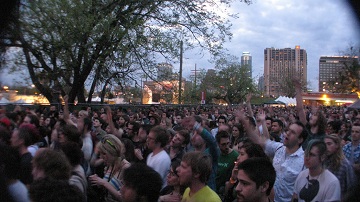 Originally I was going to bypass this free day party for being too mellow but after listening to several tracks by JBM, Oberhofer, and Midlake I reconsidered. The Brooklyn Vegan event will likely be packed with 3 separate stages so arrive early to snag some Tierras Organic Tequila and Blublocker sunglasses.

Your Mom’s Burger Bar is hosting a street corner block party that goes on for two days and features 14 bands including Elysion Fields. 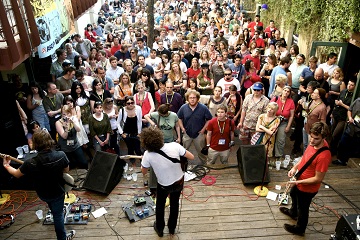 Aside from the main attractions, this event offers free food and drinks.

What: Swedish Day Party
When: Saturday, March 19, 2011 11:30AM
Where: Antone’s
Who: The Deer Tracks, Adam & Alma, Hanna turi, Intohimo, The Refreshments, The Soundtracks of Our Lives

Although this party does have a full RSVP list, come early and you’ll be able to get in through the regular line. If seeing Bob Schneider for free isn’t enough, the free food from Rachel Ray’s kitchen will be.

If you’re on Matador because this is where you go for your travel fix, you might also want to check out Andrew Hayes’ SXSW for Travel Writers.

And check out Matador Network’s Austin, TX Focus Page for ideas about where to eat and what to do no matter what time of year you’re there.

Are you going to catch any of these shows, or do you have some other recommendations for kick ass free music parties at SXSW? Tell us more in the comments below.

10 of the best Airbnbs in Austin, Texas

Akon is building a futuristic city in Senegal