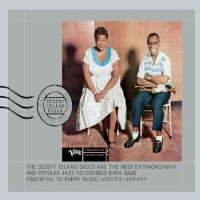 The first of three recordings released by this incomparable pair, these eleven sweet and celebratory ballads are first rate, the vocal duets as easy and special as you could hope. Accompanied by the Oscar Peterson Trio and Buddy Rich on drums, universally loved popular standards include “Moonlight in Vermont,” “A Foggy Day,” and “Cheek to Cheek.” The follow-up Ella and Louis Again may be even better, but this was the debut that finally brought Satchmo and Lady Ella together in the ultimate and longed-for jazz collaboration.

Another monster collaboration between two of jazz music’s most important figures, this is a recording that almost manages to live up to the obviously unachievable expectations placed upon such a historic meeting. The album is wonderful by any standard. Later re-issued with Together for the First Time in the two-album compilation The Great Summit: The Master Takes on Blue Note, Ellington’s compositions including “Mood Indigo” allow Satchmo space for expansive improvisation while Duke plays some of his most sensitive and beautiful piano ever recorded.

This live recording from Carmel, California with his trio shows off Garner’s spontaneity and unique delivery on the piano; the rhythms and use of tension and release were perfectly captured. Featuring Eddie Calhoun on bass and Denzil Best on drums it’s Garner’s inventiveness and natural talent that makes this album among the finest he ever made, even his greatest moment, despite using sound equipment that doesn’t do this virtuoso true justice. 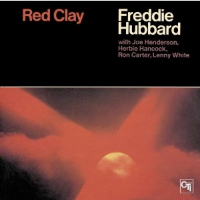 This record is trumpeter Hubbard’s finest moment as a leader, embodying all of his strengths as a composer, soloist, and frontman. His first album on Creed Taylor’s CTI, it signified a shift away from his Blue Note bebop towards the soul-jazz fusion of 1970s. Also harking brilliantly to hard-bop’s bluesy past and soulful mainstream jazz of the 1960s the Hubbard’s all-star jazz band of Herbie Hancock, Joe Henderson, Ron Carter, and Lenny White help the highly influential Freddie to create a true classic of the genre.

Jazz guitarist Green’s slow and seductive Idle Moments may be his best performance on record. The 15 minute blues title track sums up the pace, yet it is actually a highly accessible work of special, career-high performances. With straight jazz and some of the most brilliant guitar jazz of the hard bop era taking centre stage, this is the ideal place to discover Green. 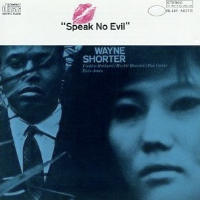 One of the leading American jazz musicians of his generation it was this record of highly original and unusual compositions that truly rubbished claims that he was merely a talented Coltrane copycat. This hard bop classic took Shorter out of the shadows of Trane and Miles Davis (with whom Shorter played and composed for six years until 1970) when this record was eventually recognized as Shorter’s masterpiece.

Alongside Charlie Parker, Dizzy was a major figure in the development of modern jazz as well as defining the early Afro-Cuban jazz sound. With Cuban arranger/composer Chico O’Farrill, Gillespie produced this brilliant session that originally made up the first half of a Norgran LP. O’Farrill conducts an expanded orchestra which combines a jazz band with a Latin rhythm section. The mix of straight jazz and exotic Latin rhythms is infectious and has proven highly influential. 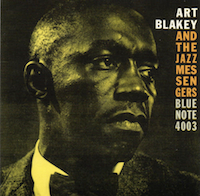 This is some of the greatest music Blakey produced in the studio with perhaps his finest band. The title track is one of a number of classic tracks used and played constantly around the world today, as well as jazz standards “Blues March” and “Along Came Betty.” This is the very best of Blakey and what modern jazz offered in the late ‘50s and beyond, confirmed by the Grammy Hall of Fame induction for the album in 2001.

Baker’s singing was revolutionary and it was this record that both raised his profile and alienated traditional jazz fans with its West Coast LA swing, his singing as delicate and clear as his trumpet playing. He didn’t sound like any previous jazz singer. These sweetly melancholic standards such as “My Funny Valentine” are major classics of West Coast cool jazz and the best introduction to the original beautiful man and his music.

This album is where Davis brings a looser rock-inspired sound, influenced by Sly Stone and Jimi Hendrix, to spark the jazz-rock movement. One of the most revolutionary jazz albums, these six spliced jams were so forward thinking that the record still sounds fresh in the 21st century. His first million-selling gold record is not only a jazz great, but also a major influence on a generation of rock and funk musicians. 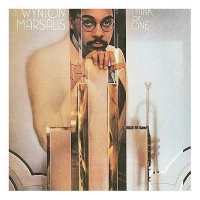 With this recording, New Orleans trumpeter Marsalis won both classical and jazz Grammys. Claiming jazz lost its way in the experiments of the ’60s and ’70s, Marsalis encourages a “neo-classical” movement with original ideas, spark, and brilliant playing. Though later efforts turned far more elaborate, this may well be his finest recording. His 1997 “Blood on the Fields” was also the first jazz recording awarded the Pulitzer Prize for Music.

New Orleans trumpeter Scott has rightly been touted as jazz’s sharpest young star. In part an emotional response to the continued suffering of New Orlanians following Hurricane Katrina, Anthem also reflects the emotions of romance and his maturation as a musician in the year following his Grammy nominated debut, “Rewind That.” His desire to move jazz in a new direction, incorporating blues as well as hip hop and indie rock, is brilliantly captured. This is a fresh statement that manages to remain faithful to tradition.

Ben and Paul make a killer team. If you want to read more of their music-mastermind, check out Champion Sounds: 50 of the World’s most Heavyweight Dub Albums.

Paul has also given us a piece of his mind at 20 of the Best Hip Hop Albums Ever, and whether you agree with him or not, you’re sure to learn something.

And for pages of music from all over the world, check out Matador’s Focus Page on music.

Prev Page
Tagged
Music + Nightlife
What did you think of this story?
Meh
Good
Awesome