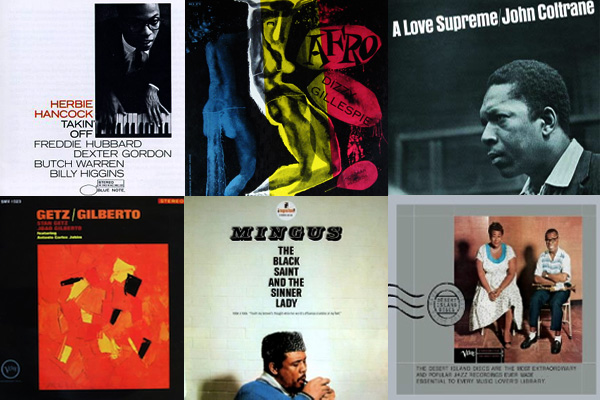 As music genres go, jazz tends to polarize listeners more than most.

For every hep cat that loves to slip into a jazz trance there’s someone clasping their hands over their ears and screaming “switch that shit OFF!”

We at Matador do not fear the jazz. On the contrary, we love it. Here are 25 albums we’d recommend you own.

The Original Dixieland Jazz Band – The Creators of Jazz (Avid, 2001) 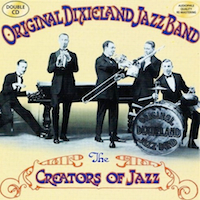 The Original Dixieland Jazz Band was the first jazz ensemble to record and make nationally distributed records. With a mix of European harmonies and rhythms from Africa, jazz entered national US consciousness via this (mostly) white band playing African-American music. This compilation features the widely regarded first jazz single “Livery Stable Blues,” and is currently the best collection of their early period (1917-1923) and “re-union” sessions in 1936.

A Love Supreme is one of the most important records ever made. Perhaps Trane’s pinnacle studio recording, it’s at once demanding, concise, technically perfect and a best seller. With the classic quartet of Elvin Jones, McCoy Tyner, and Jimmy Garrison this three part album should feature in every music fan’s collection. 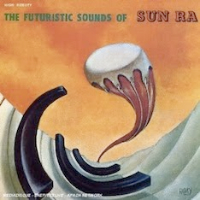 The Futuristic Sounds of Sun Ra is the first recording the Arkestra made after arriving in New York (comprised of seven main instrumentalists) still playing the bop-style music characteristic of the Chicago years (1954-1961). This is one for the mistaken folks who think the Arkestra did nothing but make noise.

Note-perfect and universally loved, even by non-jazz fans, this is an artistic highlight for Davis and perhaps the definitive jazz record – bittersweet modal jazz influenced by Bill Evans, yet utterly unique. An exceptional band of Miles, Coltrane, Bill Evans, Cannonball Adderley, Paul Chambers, and Jimmy Cobb can claim to be one of the greatest in history playing at their absolute peak. A timeless staple for any jazz collection.

Twice nominated for the UK Mercury Prize, Seb Rochford is a genre-spanning musician whose band Polar Bear made a modern jazz classic in 2005. The recording encompasses straight jazz, hard bop, elements of electronic experimentation, and Balkan melancholy. An important and influential band leader and a record to match any modern jazz recording.

Ornette Coleman – The Shape of Jazz to Come (Atlantic,1959) 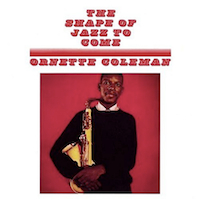 A watershed moment in the birth of avant-garde jazz, this record shattered traditional concepts of harmony in jazz, getting rid of not only the piano player but the whole idea of concretely outlined chord changes. With little predetermined harmonic structure Coleman and partner Don Cherry had unprecedented freedom to take the melodies wherever they felt like going. Avant-garde jazz begins here.

The New York street musician returned after a twenty year recording break with this joyous piece of avant jazz. Recorded in his eighties, the creativity and talent of this madcap genius shines through on tracks that span bebop, baroque, big band, and Miles Davis. Recalling his 1969 Moondog album, where his crowning moment “Bird’s Lament” appears, this surprising jazz explosion is as good an introduction to Moondog as any.

These live solo improvisations from the soulful and playful pianist recorded at the Cologne Opera House is enduring because of the spontaneous melodies and compositions as well as its cultural importance. Jarrett avoided neo-trad and avant-garde to bring a quiet lyricism to improvised jazz, inspiring those who had previously felt excluded. Every ’70s college student owned this captured moment in time, which perfectly showcases Jarrett’s overflowing inspiration.

Charles Mingus – The Black Saint and the Sinner Lady (impulse!, 1963) 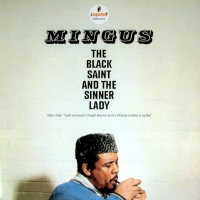 One of the greatest achievements in orchestration by any composer in jazz history. This six-part suite composition is as much a stage for the bassist’s wild passions and changing moods that as it is a conceptual piece. The first jazz album to rely on overdubbing technology, it is one of the high points for avant-garde jazz composition in the ’60s and perhaps Mingus’ greatest work.

On June 6, 1950, Charlie Parker chose to play with fellow bop creators Dizzy Gillespie and Thelonious Monk. A striking reunion with the trumpeter and the only occasion on which Parker recorded with the pianist, the trio is in brilliant form, with Parker and Gillespie spurring one another to heights that range from the warm to the electric. Bird’s ideas flow with characteristic ease and swing while Gillespie sparks and flares.

Hancock’s first recording as a leader revealed a composer and pianist able to balance sophistication and accessibility. Including the world-famous Hancock signature tune “Watermelon Man,” it is an exceptional first effort that defines the hard bop and funk of the preceding few years whilst laying the groundwork to begin pushing the boundaries of hard bop. 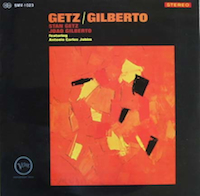 One of the biggest-selling jazz albums of all time brought together two of bossa nova’s greatest innovators – Joao Gilberto and Antonio Calos Jobim – to record with Stan Getz. This recording made bossa nova a permanent part of the jazz landscape with stunning beauty and one of the biggest smash hit-singles in jazz history, “The Girl From Ipanema.” A rare jazz record where the purists and buying public are in total agreement.

A classic album in the establishment of the hard bop style, this record found pianist Horace Silver and drummer Art Blakey co-leading the first outing for the tight-knit Jazz Messengers. Mixing funky bebop with blues and gospel influences, some of Silver’s most successful tracks feature including original versions of “The Preacher” and “Doodlin’,” which helped launch and sustain the hard bop movement and Silver’s Jazz Messengers.

Hit page two for 13 more albums you’d be better off not missing.
Next Page
Tagged
Music + Nightlife
What did you think of this story?
Meh
Good
Awesome

Every Roller Coaster at Cedar Point, Ranked
The 11 Sexiest Live Shows Las Vegas Has To Offer
The 8 Best Movies and Shows To Watch Before Going To Paris
The 11 Most Impressive Buddha Statues in the World
Skip Marfa for These True Small Town Texas Experiences