ARIZONA’S MUSIC SCENE is as misunderstood as its topography. I have this conversation all the time: Yes, there’s more to the state than deserts and a really big canyon. And yes, there’s more to Arizona music than cowboy poets and country bars.

Phoenix is the sixth-largest city in the U.S. and draws every major touring act, from the Rolling Stones to Gorillaz. There are three major universities spread equidistant down the heart of the state, producing college jam bands, hip-hop emcees, and one of the world’s best unsigned blues bands. And then, of course, you can’t discount the awesome country-and-western joints dotted throughout the state.

The end result is a music scene that encompasses both modern cosmopolitan centers and a traditional American West pedigree. Like other great music destinations in the U.S. — Austin, Chicago, Seattle — Arizona’s music scene can’t be summed up by any single genre or venue. That said, there are some spots that deserve special notice. This list is a start.

It doesn’t get any more Arizona than this. Known to locals simply as “the Desert Bar,” Nellie E Saloon is an old mining camp in the Buckskin Mountains near Lake Havasu City. Its somewhat ramshackle structures look a lot like what you’d expect to have found in that very spot 100 years past. It’s rusty, dusty, and screams of a genuine frontier vibe that most bars can only dream of emulating. Live music is a staple, and the tunes trend toward rock with a Western garnish. Bring your cash, because this place isn’t set up for credit cards or other such frivolities of the modern world.

The scene: Meat, potato, beer. Guitar, base, drum. Country, western. That’s about it. See you out back for a game of horseshoes.
Getting there: There are two ways into the Desert Bar. The first is just off AZ-95 on Cienega Springs Road. The other way, the back way, is a bit more complicated. It requires a four-wheel-drive vehicle, and directions include such notable landmarks as “that pile of rocks,” and “a cactus.” GPS coordinates for the trail start: 34.255558, -114.147963. Good luck! 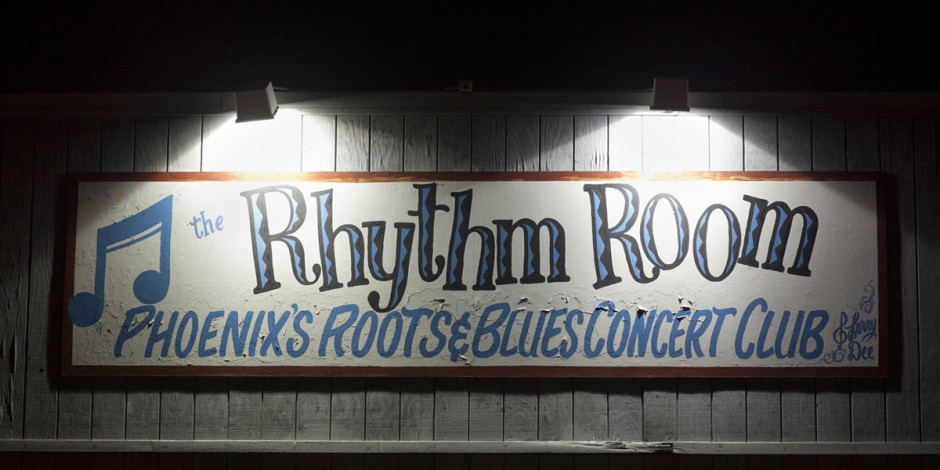 The Rhythm Room is nothing short of a Phoenix-area institution and probably one of the most soulful locations in the entire state. Opened in 1991, it’s the quintessential jazz and blues club, hosting near nightly acts that range from world renowned legends like T-Model Ford to local heroes the Sugar Thieves. There’s plenty of space to drink outside and a dance floor to shake-a-tail-feather indoors. The beers are cold and the clientele doesn’t give a damn, so make yourself at home and listen to some of the best music in Arizona.

The scene: It’s a mostly dark bar catering to blues aficionados and those who want to hear rhythm-driven guitar music.
Claim to fame: Both HighTone Records and blues legend Robert Lockwood, Jr. chose the Rhythm Room as a venue to record live albums.

Sitting along Prescott’s historic Whiskey Row, Matt’s Saloon is a good ol’ country music bar with a long history. The current business was opened in the early ’60s, but the structure it occupies was built in 1901 and was originally a general store. The inside is immense and includes plenty of space for line dancing, and some off-track betting as well.

The scene: It’s country. Matt’s is an old-school kind of Americana that’s into big boots, big trucks, and big hats. If it’s big, Matt’s digs it.
The music: The acts that have played Matt’s are the heavy hitters of the country-and-western twang. Buck Owens, Lee Hazlewood, and the venerable Waylon Jennings have all performed at the Saloon. 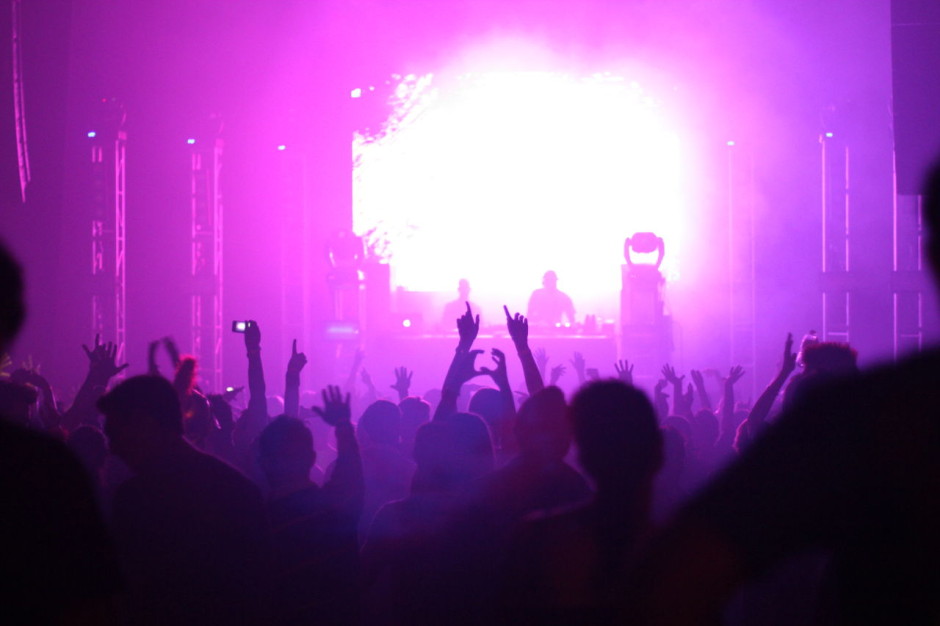 Tucson is only two hours south of Phoenix, which means it needs something special to draw the premier touring bands. That something special is the Rialto Theatre. Opened in 1922 and placed on the National Register of Historic Places in 2003, the Rialto looks every bit the place you’d expect to see the ghost of Johnny Cash tuning a guitar. The open floor plan leaves enough space for wall flowers, mosh-pitters, and coupled-up slow dancers. This is where you wish you’d seen the Black Keys before they started playing arenas.

Across the street is the equally historic and charming Hotel Congress. If you’re planning to toss a few drinks back at the concert, getting a room here for the night and ditching your car is a great move.

The scene: The Rialto sees a very eclectic group of artists. You can have punk rock shows one weekend and a classic dance performance the next. As such, the scene tends to match whoever’s on stage.
Too hot for the times: In 1928 the Rialto hosted what may have been its most controversial show ever. The “All New Gay Paree Revue” featured 150 performers singing and dancing in what was for the times quite risque garb. Posters of bare-legged women sent a stir through Tucson, causing one reverend to put together a small mob who demanded the bills be taken down. Much to the reverend’s chagrin, there was a larger mob in town that day…and they all had tickets to the show.

The lush green lawn and surrounding pine trees of the Pepsi Amphitheater are not entirely congruent with most images of Arizona. Flagstaff hangs onto the vibe of Western outpost, but this is also where the more granola side of Arizona is found. The outdoor amphitheater is where you go for your summertime festivals and National Public Radio live shows.

The scene: Just like every venue that hosts an eclectic group of performers, the amphitheater audience and atmosphere changes with the acts. What makes the place special is sitting in the grass and enjoying the cool mountain air.
Past acts: Primus, Michael Franti, Pines Bluegrass & Acoustic Music Festival

At one point or another, just about every Arizona State University student who listens to indie music, and is turned off by the idea of joining a frat or attending a football game, has gone through a phase of hanging out at Yucca Tap. Yucca is where the up-and-coming college bands — that aren’t after the glitz — go to first cut their teeth. If you can fill this cash-only bar with your friends and a few fans, the larger stage promoters in the area will take notice.

The scene: You can’t get away from the term “hipster” when you visit Yucca Tap. This place was rocking skinny jeans before skinny jeans were skinny jeans — black beanies in the summer and thick glasses galore.
The music: Yucca covers a lot of ground. Last March they hosted hip-hop luminaries Slum Village and in December will bring the dirty guitar rock of Nashville Pussy. This isn’t a venue for people who get their tunes from top-40 radio.

If you’re in Arizona to see the big show, Talking Stick Resort Arena is where you’ll find it. Home of the Phoenix Suns (and the Phoenix Mercury, and the Arizona Rattlers), Talking Stick is where the A-listers with the widest possible appeal play their tunes. For a huge arena, the place has sweet acoustics.

The scene: Talking Stick is big. It’s not going to win points on unique charm. It’s a world-class venue that has the best sound money can buy.
Name game: Talking Stick Resort Arena has gone through a few name changes over the years. If a picture of the outside is familiar but the name isn’t, maybe America West Arena or US Airways Center ring a bell.