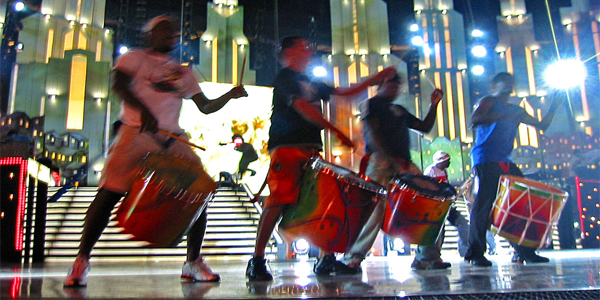 Feature photo by Marcus Correa. Photo above by carf.

From where to crash to recommended clothing, beverages, plus pre and post-party tips, here are 8 essentials for Carnival.

In Lapa, you’ll pay a fraction of the price that you would pay at one of the Ipanema or Copacabana high-rises and you’ll be close to the best all-night party. This way you can bus it to the beaches during the day. Otherwise, you’ll end up taking a taxi to Lapa at night.

You can prebook a hostel, like Brazil Hostel or Rio Hostel. If you like to travel by the seat of your pants, drop into one of Lapa’s love motels. They are cheaper than hostels, have private bathrooms, and you don’t have to book a package if you’re not staying all four nights.

If you want to watch Carnival, go to the Sambadrome. If you want to be in Carnival, stick to the streets. Keep your ears open for blocos, foot parades in which locals dance up and down the street to the beats of a truck top samba band. Beer carts follow.

Some good ones go up Rio Branco, the main street of downtown Rio, as well as Lapa and Santa Teresa. Copacabana has a wild one and Ipanema has a great gay party.

You’re going to want to check out the Sambadrome at least one night. Plan to go when Mangueira or Beija Flor parade, but don’t buy expensive tickets ahead of time. Show up around 6:00 PM and get them from a scalper. They shouldn’t be more than 15 reais per ticket. Say “Mais barato possível.” 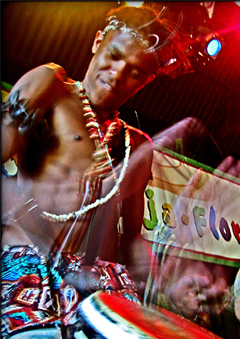 Try açaí (Ah-sai-ee) from corner side juice stops. Order açaí na tigela com banana e granola. It’s a great energizing food on a hot day. If you don’t like it the first time, eat it two more times and I guarantee you’ll be addicted.

On the street, eat meat on a skewer dipped in farofa, ground flour from the manioc root. Other good snacks to fill your belly between drinks are misto quentes (grilled ham and cheese),presunto e queijo joelho (ham and cheese wrap), or frango com catipury (chicken and creamy cheese), and pastel com queijo (fried pastry with cheese).

Skol is the Carioca favorite. To order, just twirl your finger in a circular motion.

Only we, as foreigners, really drink more than one caipirinha–cachaça with sugar, lime and ice. They will put you down. Caipivodkas, made with vodka instead of cachaça, are a little smoother.

Capetas are devilishly delicious—vodka, condensed milk, vanilla, guaraná powder, and cinnamon shaken with ice. Batidas are fruity and creamy. I like guaraná soda and vodka. Hydrate with água de coco beachside from a green coconut.

How to Be and How Not to Be

Dance. Don’t worry if you can’t samba; just move your feet, work up a sweat and smile. Brazilians want you to enjoy their culture.

Don’t be afraid to participate in what I call “the kissing game.” All year long, visions of Carnival dance in Brazilian boys’ heads, the one time of year when they will get to kiss—a lot. Boys, that goes for you too.

In Rio, the party doesn’t stop, especially between November-March. If you happen to be in Rio the months leading up to Carnival, go to a Samba school on a Saturday night. Mangueira, Beija Flor, and Sangueira are the most well-known, but don’t overlook the small ones, like Princesa Isabella.

If you miss the floats during Carnival, the winners parade once more the following Saturday. This is when most Cariocas go. And sunrise from Copacabana is always good to go.

Visiting Brazil but not during Carnival? Check out our guide to the best venues and shows in Bahia.

Studying (or thinking about studying) in Brazil? Check out the Best Places to Study in Brazil.

Finally, for dozens of blogs, plus feature articles, local experts, travelers currently in Brazil, as well as volunteer opportunities and more, check out our Brazil page at Matador.