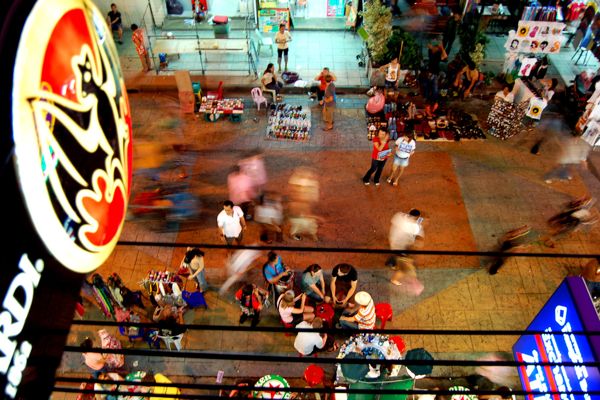 THERE’S MORE to backpacking through Bangkok than getting drunk on Khao San Road. There’s getting drunk around the corner too. Here are some of the spots I like:

Hidden in the rubbish bin lined alleys across from Khao San, Na Bangkok is set in a 100 year old house. Popular with university hipsters, this place is good for racking up a few games of pool or just lounging on the antiques over some drinks. Plus, from the front courtyard you can to peep on the neighbours going about their lives. 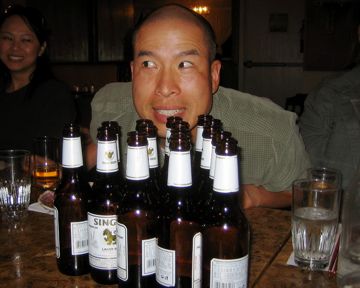 From Khao San Road, turn left onto Tanao Road. Walk 150m and take a right into the lane named Trok Bowonrangsi. Take the first left and you’re there.

Come 8pm or so, every restaurant, pub or entrepreneur with foldable furniture will set up tables and chairs along the street, serving food and drinks.

The open atmosphere makes it great for meeting others. Just be wary of where you sit, as many have acoustic live music, with some performers being decidedly average. Music from one performer often interferes with another, leading to unwanted mixes of Cat Stevens with Oasis.

Along Soi Rambuttri between Chakapong Rd and Tanao Road

A simple bar offering well-priced snacks and drinks. The party tends to merge with the neighbouring restaurants as the night goes on the crowd grows. 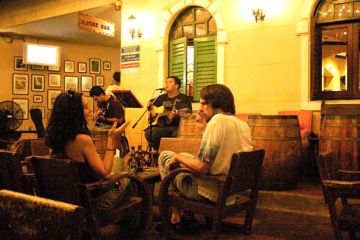 Set in a two story high house tucked in off the street, Bangkok Bar has the feel of a dolled-up dive bar. Stake a claim on the central table that spans over the ornamental pool – just don’t drop your iPhone.

The 15 minute walk to get here from Khao San may sound unattractive, but this pastel coloured bar rocks and shouldn’t be missed by live music fans. The venue regularly hosts local bands playing covers or original music. Imagine a a house party where the band plays in your living room and you’ve got Lollipop.

At Democracy monument walk 400m down Thanon Dinso, turning right into Thanon Mahannop. 100m on the left is Mahannop Soi 1, inside on the left is Lollipop bar.

A classy entrance, modern interior and pool table gives the feeling of a nice find hidden off Soi Rambuttri. 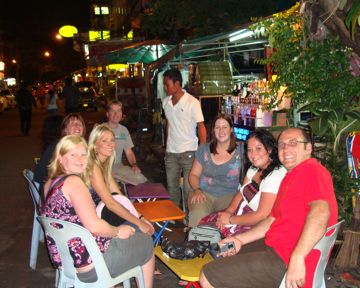 Molly Bar is a Thai favourite in the area for a long time now and a great place to party hard with the locals. There’s a seriously friendly and laid back vibe inside, often with a band playing in the corner (and sometimes sharing drinks with partiers nearby). The walls are filled with photograph and there are two floors of indoor and outdoor seating.

Previously known as the Suzie Pub, 999 West keeps the feel of the previous establishment. The place doesn’t seem to attract the large crowds anymore but its daily drink promotions, dark-yet-friendly interior and live bands make it a good choice of venue to spend your baht. 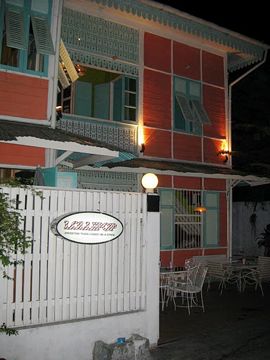 Deep bar is located down the Swensons end of Soi Rambuttri, and Oh Bar is just around the corner from here.

They’re both recommended for those who like their Thai pop/rock music loud, their whiskey by the bottle and for those who think that personal space is overrated. There’s also a good little balcony over the street for people watching.

You can’t help but be charmed by this 100 year old house house and its yard. There’s a friendly atmosphere, though it’s better to come for a drink over dinner than to spend the entire night.

From Khao San Road turn right onto Tanao Road. Cross Ratchadamnoen Klang and keep walking straight. It is located 100m on the right down a short lane, opposite Naga Travel.