“There are no half-naked women,” I told my husband when I called to tell him about the Brazilian Carnaval celebrations I’ve been covering this week.

Nope. Most images of Brazil’s Carnaval celebrations are shot in Rio, where men and women (often scantily clad) from samba schools parade through the Sambodromo arena, competing for judges’ favor in 10 categories. According to the Associated Press, each samba school can spend as much as $2.5 million USD in an effort to best their competitors.

But outside Rio, Carnaval is for the people and by the people, who gather by the thousands in the streets, some with costumes, some without, most dancing, and everyone pushing their physical limits as they enjoy six straight days of partying.

This week, I participated in Carnaval in the cities of Recife and Olinda, in the state of Pernambuco, and Salvador, in Bahia. Each city celebrates Carnaval in its own way. Here are my favorite photos from the past six days’ of partying! 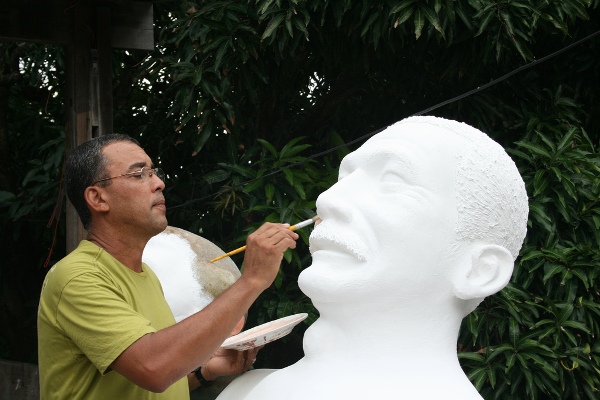 Artist Silvio Botelho, seen here painting, is credited with starting the tradition of creating and carrying massive puppets down the streets during Olinda’s Carnaval. In the days (and nights) before Carnaval, Silvio and his apprentices work round-the-clock to respond to demands for puppets… which can cost several thousand dollars apiece. 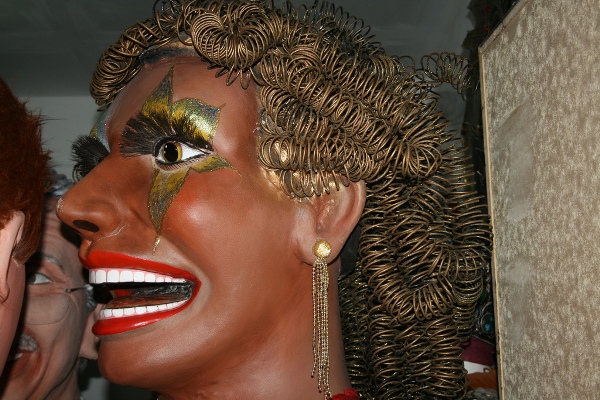 One of Silvio’s finished puppets, crowding the living room of his house until Carnaval kicks off. Most of the puppets depict local politicians, musicians, and other celebrities. 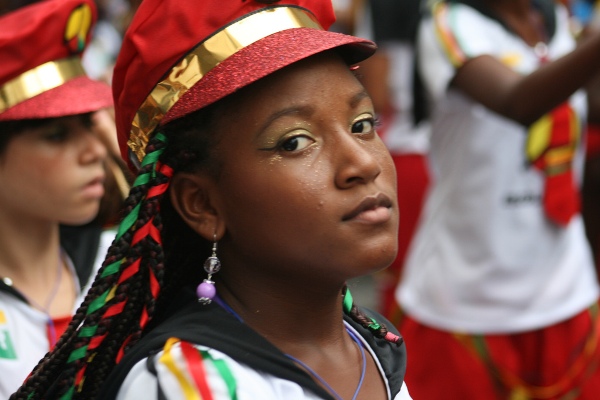 Unlike Carnaval in Rio, where festival goers pay a premium price to view the festivities, Pelourinho’s Carnaval in Salvador is accessible to everyone. This young woman is marching with the Escola Olodum, filling the cobblestone streets with intoxicating drum beats and dance rhythms. 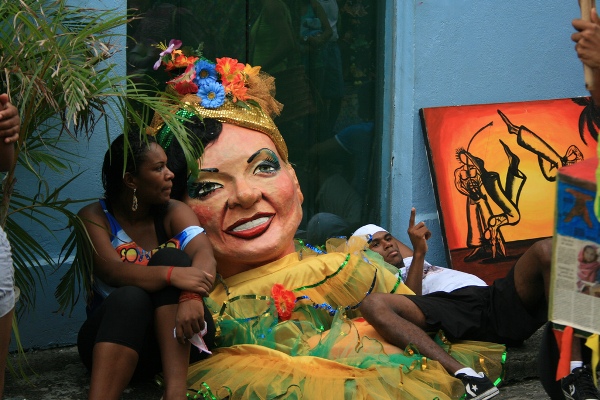 A rare sight– revelers resting before the next round of dancing! 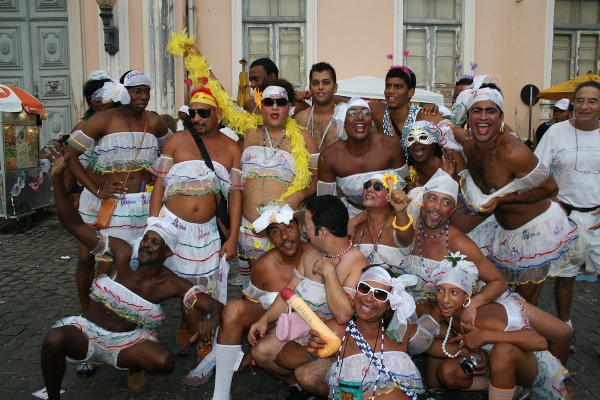 Men in Pelourinho practice gender-bending for the day (and clearly weren’t shy about posing for the camera!) 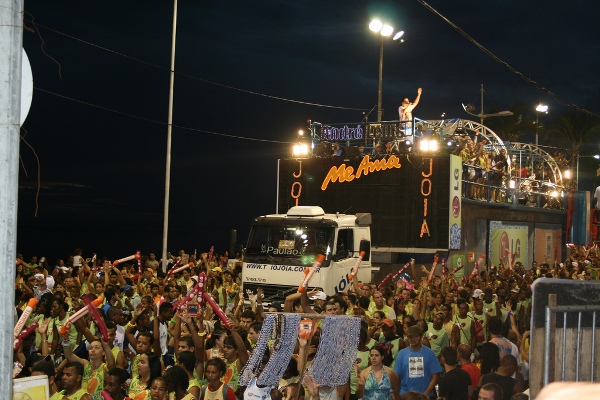 The highlight of Carnaval celebrations in Salvador is the trio electrico: bands singing and dancing for hours on end from the top of floats built on tractor trailers. Crowds of loyal fans follow along, dancing and singing until the wee hours of the morning.

Tagged
Festivals Brazil
What did you think of this story?
Meh
Good
Awesome