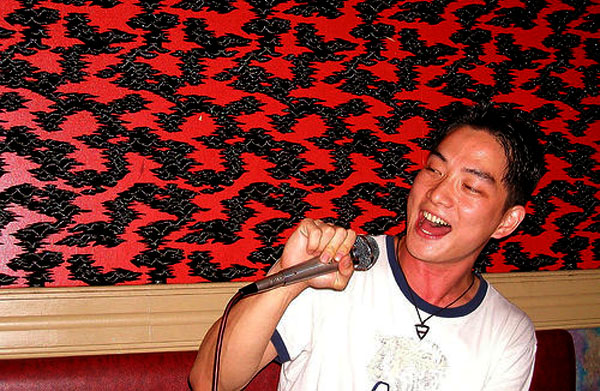 Living as an expat teacher in Korea, I come into contact with drinking culture on at least a weekly basis.

That’s not to say foreign teachers are all living the rock star lifestyle; Korea just has an alcohol-fueled social system, and regular and heavy boozing does not carry the stigma it does in the Western world. It is an important way to bond and connect with coworkers, friends, and potential business associates.

As a ritualized activity, drinking alcohol comes with strict etiquette. If you can follow the protocol and hold your own, you’re in.

The rules for imbibing are rigid in Korea, and following them will score you major points with your Korean hosts.

First and most importantly, never pour your own beverage. Someone will pour it for you. You must also pour for others, watching diligently to be sure your companions’ glasses are never empty.

When another drinker fills your vessel, hold the cup with both hands. This is the polite gesture for accepting anything given to you in Korea.

Finally, turn your back to anyone of higher rank as you drink. Stratification is deeply embedded in Korean society, so you should always be aware of the pecking order. Anyone older or higher on the corporate ladder should be treated deferentially, and one easy way to do that is to turn away from them as you sip.

In addition to basic etiquette, there is a standard 5-step drinking process that you should be aware of. The procedure can be flexible in the order or the omission of steps, what’s important is that you do “Five Rounds” or Oh Cha of drinking in five different locations. 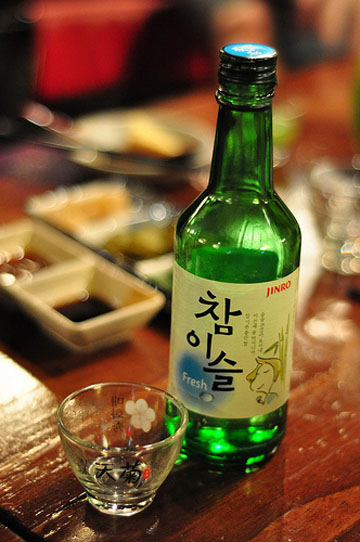 Round One: Dinner and soju (let’s just think of soju as watery vodka for the sake of simplicity).

Round Two: The group generally moves on to a Hof, a Korean bar where you will be required to order snacks like fried chicken with your beer.

Round Three: Another Hof or a Western-style bar where only libations are served and you are not required to purchase food. By this time the party is probably getting pretty raucous and will more than likely proceed to

Round Four: Noraebang, a karaoke bar where patrons rent private singing rooms by the hour.

Round Five: To wrap up the evening, those still standing will move to a nightclub or disco.

Middle rounds are a great time for drinking games, which usually involve shouting, chanting, and singing. You may be commanded to oneshot (finish your brew) or loveshot (hook arms with the person seated next to you and swig together like a wedding toast). You will almost certainly hear “gun bae!” Korean for cheers. Taking a slug after you clink glasses is universal.

Once you have established that you know and can follow the rules and procedures of Korean drinking, you can relax and turn your focus to basic survival. If you plan to make it through Five Rounds alive, this can quickly become a priority.

Regardless of the occasion, you will likely find that the people around you are drinking in large quantities. For the sake of your physical and mental well-being, it’s good to have a firm plan in place for avoiding overindulging, which can be tricky in a culture where refusing alcohol is considered rude.

Remember to pace yourself. Take time to chat and socialize and don’t be too eager to tie one on. Continuing to snack throughout the night both defers drinking and can fortify your stomach. And when all else fails, toss that shot of soju over your shoulder when no one is looking.

Given the exuberant attitude towards drinking in Korea, it is inevitable that some poor soul in your company is going to overdo it. 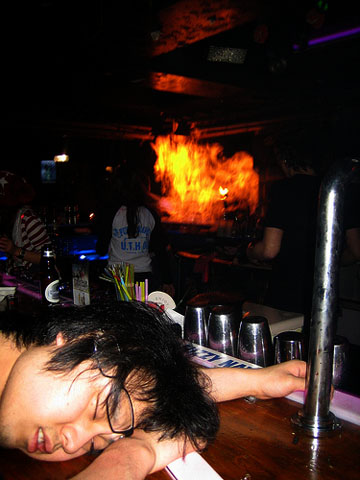 Let’s hope this is not you. The best thing to do for this person is allow them to “take a rest” at the table without much fuss and then pour them into a cab when the time comes.

Drinking yourself into a drooling stupor is not shameful in Korea. You will be expected to cut anyone who does it some slack.

The last and most important thing to remember is to never mention it again. Whether your buddy got into a belligerent, drunken shouting match or simply fell asleep upright and snoring in his captain’s chair, protocol is to pretend that it never happened.

It may be difficult to refrain, but perhaps someday you will have a reason to appreciate this rule.

Tagged
Culture South Korea
What did you think of this story?
Meh
Good
Awesome