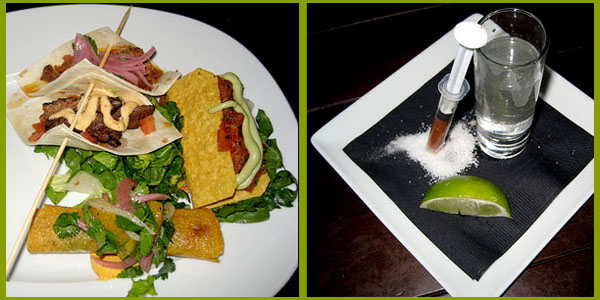 There’s no doubt that airport eating is on the up. Thanks to increased security measures trapping us at the airport, sit down dining has become a popular way for passengers to (quite literally) eat up time. Add to this the ongoing lack of good in-flight food and the rise of the celebrity chef, it’s no wonder that some airport restaurants are becoming a destination in their own right.

Here’s a pick of the best places to tuck in at the terminal.

If the thought of eating steak with a plastic knife doesn’t deter you, then this outlet of the Todd English empire is hard to beat.

The South American influenced steaks and speciality cocktails will certainly keep you going well into your flight. If you’re looking for a lighter option, the cantina menu has an assortment of upscale tacos.

Meaning ‘auntie’s beautiful soup’, the written name of this popular Chinese eatery implies that auntie is some sort of second wife or mistress. 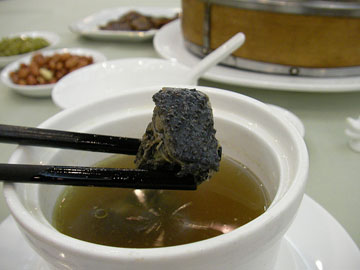 Despite such illicit connotations, the kitchen dishes up a variety of wholesome Cantonese soups made from traditional blends of herbs and spices and served alongside such Asian delights as black chicken and Dim Sum. A great tonic for a hangover.

You know you can’t go wrong when two of the chefs at this establishment have a Michelin star for their city centre restaurant. 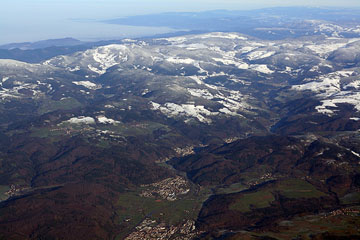 Photo of Jura Mountains from a plane: dsearl

A newcomer to the airport fine dining scene, Altitude opened in late 2008 to rave reviews. Glass windows line one side of the dining room, affording fantastic views across the tarmac to the Jura Mountains.

The creative dishes on the sophisticated French global menu range from the ‘Passagiatta Italiana’ (a stroll in Italy) to the ‘Voyage d’une Canette en Asie’ (Asian variations of ducking).

Scandinavian tapas, anyone? Eyecon is a bright and pleasant restaurant and watching the chefs in the open kitchen is a fun way to pass the time.

The quick menu (3 small courses and a dessert all served within 15 minutes) is a great idea for those in a hurry.

Encounter must be the world’s most bizarre airport restaurant. With its 135-foot high parabolic arches and futuristic design, it’s like a giant flying saucer. 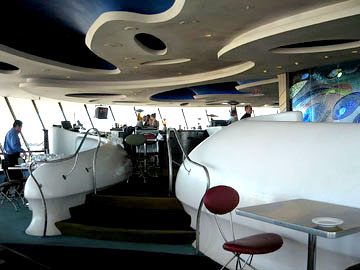 Located in the heart of LAX, you don’t even have to pass security to come here.

The menu is typical modern Californian fare (ahi tuna tartare with seaweed salad) and there’s a fun cocktail lounge where you can sip on a Black Hole or The Milky Way.

Created and developed by local restaurateurs Harry Dehnhardt and Andreas Lucas, ‘Earth and Heaven’ has a trendy yet cosy atmosphere.

There’s a variety of stylish international dishes or try the German peasant dish after which the restaurant is named.

A hearty plate of pork/bacon, mashed potato and apple sauce, is great fuel for any onward journey.

Claiming to be the first upscale restaurant in the world’s busiest airport, One Flew South serves ‘Southernational cuisine.’ 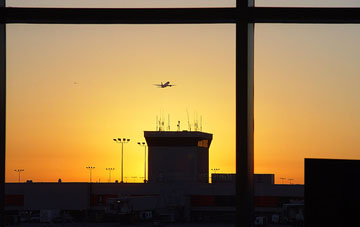 How about the pan roasted snapper with collard greens and crab grits? Many of the dishes have an Asian twist and there is an extensive sushi menu as well.

The calm interiors are made of native heart pine and you feel like you’re sitting in the woods in Georgia. 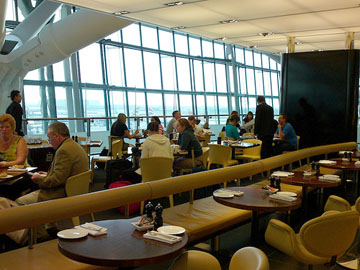 Hoping to bring a little class to air travel (though judging by his language, not a personal aim), Plane has a Michelin-worthy menu and offers 3 course picnics for travellers on the go.

The clean and aerodynamic lines of the restaurant’s ultra-modern interior are evocative of flight itself. 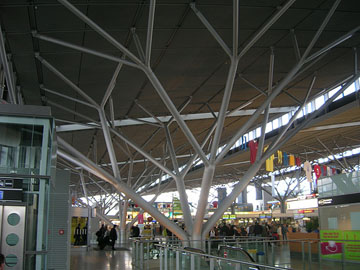 Photo from inside the Stuttgart Airport: brewbooks

Chef Claudio Urru is a bit of a food fanatic and his belief in ‘less is more’ must be working as Top Air is the only Michelin starred restaurant within an airport.

Can’t decide between the Wagyu beef or the New Zealand langoustines?

Make sure you leave room for the chocolate souffle and Riesling ice cream.

The outstanding views overlooking the runway and the mountains of Schwäbische Alb match the quality of the food.

People come to Santa Monica airport just to eat sushi at The Hump. 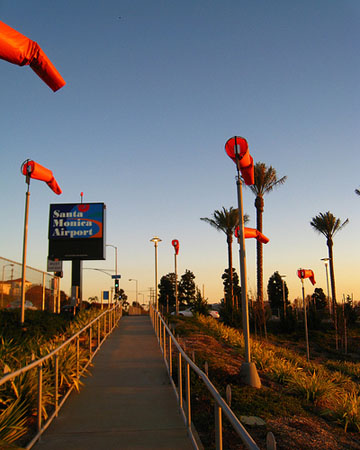 With the fish flown in oxygen-filled tanks daily from the markets of Tokyo, it’s no surprise.

If you’re lucky enough to have your own plane, parking is available for light and twin-engined aircraft right outside the door.

If you want to know the best place to grab a bite at your local airport, check out the following forums for insider tips: Chowhound.com, FlyerTalk.com and AirlinePilotForums.com

This map guides you to the top-rated breakfast spots in every state
TikTok loves ‘cloud bread,’ but Japanese shokupan is the better fluffy sweet bread
The ultimate American wine road trip, mapped
23 Puerto Rican foods the rest of the world should know and love
To understand Portugal’s second city, start with Port wine

Black Beer Travelers is inspiring people to diversify their palate