FACT: A diverse group of artisans from one of the USA’s smallest states is responsible for producing some of the best beer in the country. Maine only has 1.33 million people but is home to more than 70 breweries, each with a unique passion that guides their hands. And what better way to navigate the myriad of breweries than with a map?

The Maine Beer Trail was created by the state’s Brewers’ Guild in 2009 to help both local and visiting beer enthusiasts find their favorite places and discover new ones. Download a copy of the map online, or visit any of the participating breweries for a hard copy to get started. And because the Maine Brewers’ Guild recognizes that a good map always leads to treasure, rewards are in store for trekkers who visit at least 10 breweries. Visit them all and you’ll bask in the glory of their mystery prize pack!

From top to bottom and east to west, Maine’s beer scene shines as a beacon of excellence in the industry. Ingredients are top quality and often locally produced (Aroostook Hops being a prime example of both). Consumers appreciate the camaraderie and charity among the state’s brewers as others around the country take note. Come for the beer, stay for the kinship. You’ll understand when you get here.

To learn more about all things Maine beer, check out The Maine Thing Quarterly.

Grab your map and an adventurous spirit (and a designated driver), and get ready to explore the Pine Tree State. Here are some highlights guaranteed to yield a true Maine beer adventure. 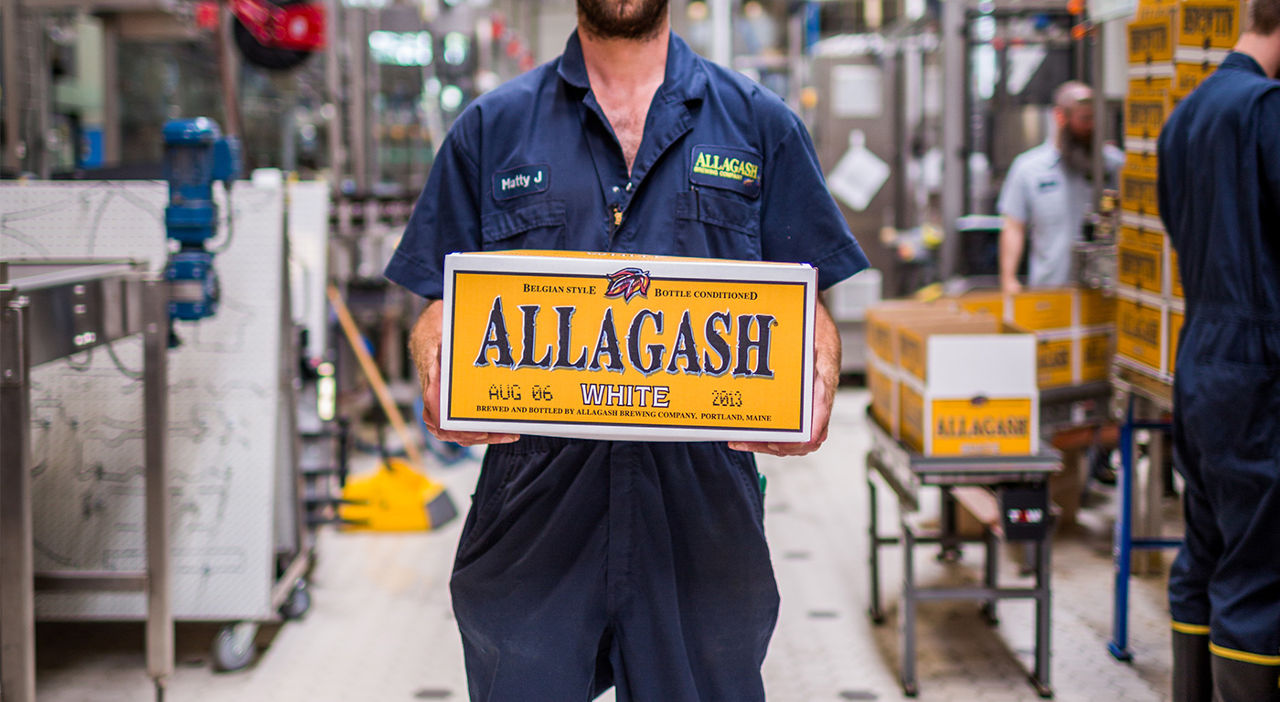 2016 marks the 20th anniversary of Allagash opening their doors to beer lovers, making them one of the oldest craft breweries in the state. A torch bearer for traditional Belgian ales, Allagash is renowned within the industry for being among the select few American brewers who have successfully produced spontaneously fermented sour beer.

Unlike contemporary fermentation, the yeast that ferments these particular brews makes its way into the beer without human intervention. Brewers leave the hot wort in a large, shallow pan known as a coolship and allow this natural process to run its course overnight. Rack the beer into giant French oak wine barrels in the morning, wait 1-3 years, and voila! Spontaneously fermented sour beer emerges with unique flavors that can’t be replicated through other means.

Some Allagash favorites include: 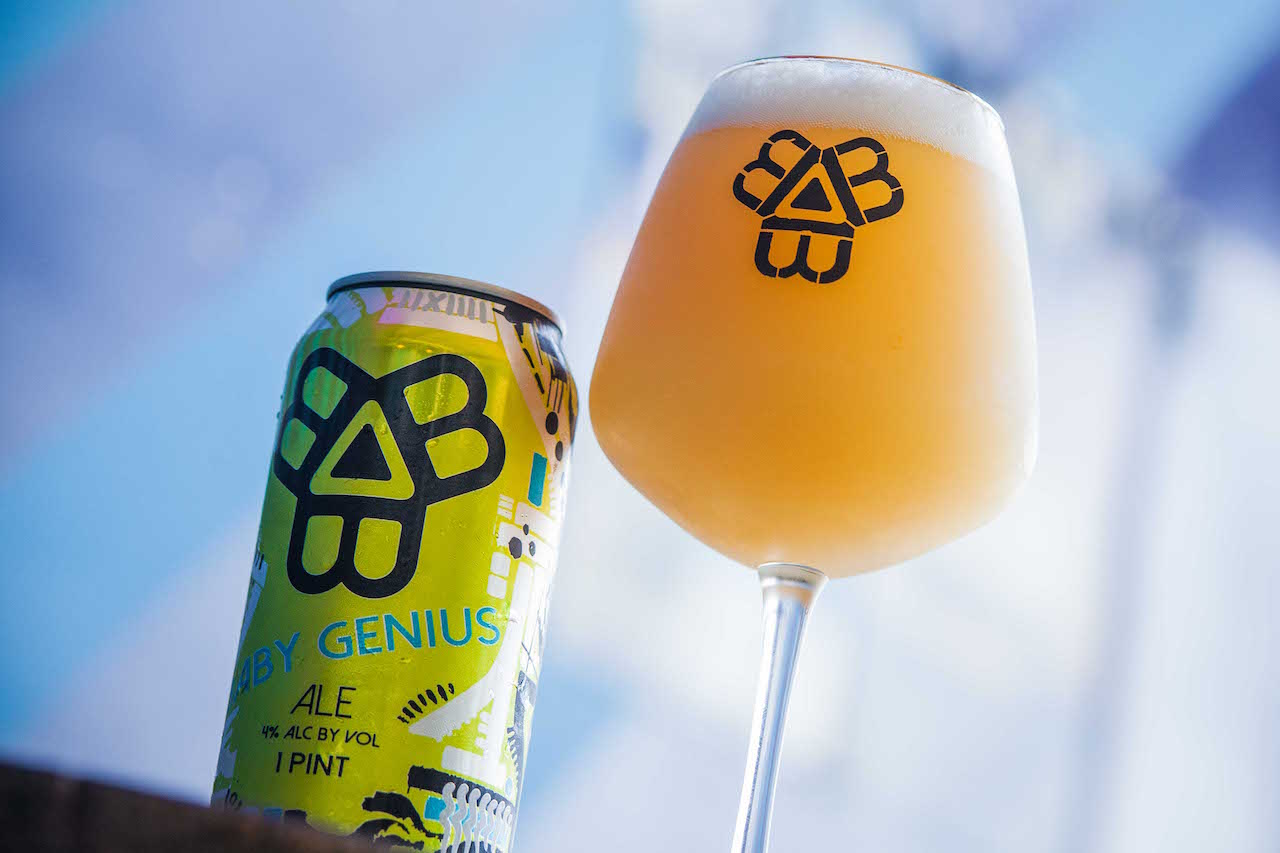 Hop heads know there are few things in life better than a fresh IPA, but what do you consider fresh? Bissell Brothers, based in Portland, believes IPAs should be enjoyed quickly after canning. To that end, they unleash new cans every week of their flagship IPA, The Substance, alongside a variety of other special releases.

You won’t find these beers gathering dust on store shelves — hop enthusiasts aren’t afraid to wait in line at the newly opened taproom to get these beers straight from the source. Check their website for an up-to-date schedule of their upcoming releases, including: 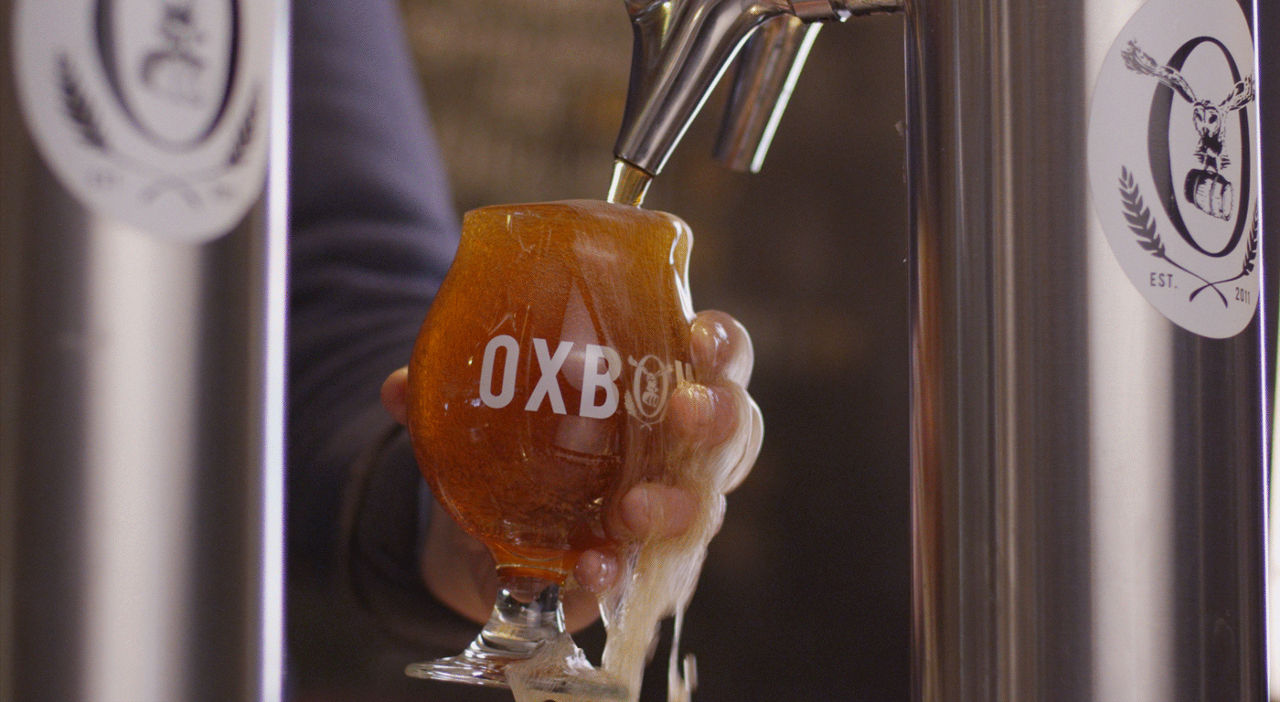 Fans of traditional Belgian farmhouse-style ales will feel at home at Oxbow Brewing in rural Newcastle. It’s hard to get much closer to Belgium from the continental US, so Maine was the logical choice for the genesis of this brewery. Funky, sour fermentations from various yeast cultures impart a distinctive profile on the saisons produced in their Mid-Coast-area brewhouse.

Blending, bottling, and tasting are typically handled at their location on Washington Ave. in Portland’s hip East End. Swing by for a sampling of their offerings, such as: 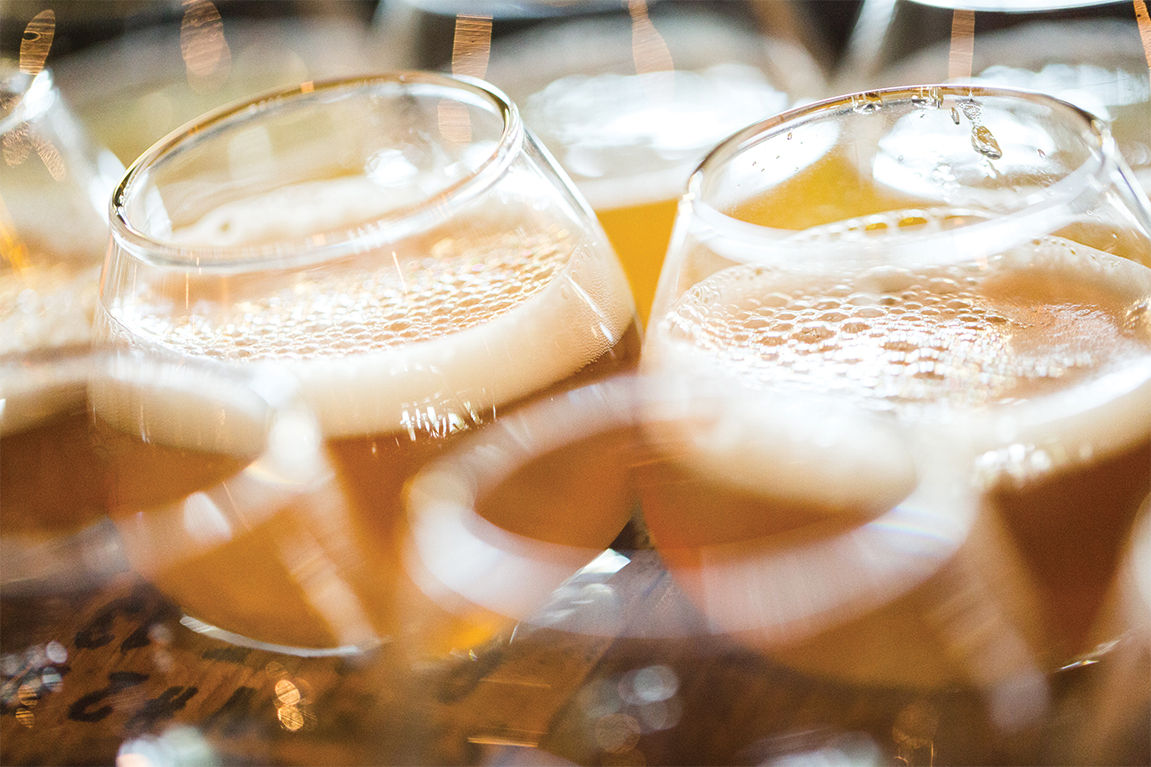 Located in Freeport, Maine Beer Company is as committed to their values as they are to their brewing ethic. Their motto — “Doing what’s right” — isn’t a hollow corporate idiom; this principle is a guiding force behind every initiative they undertake. Between purchasing wind credits and adorning the roof of their brewery with beautiful solar panels, 100% of their electrical consumption is offset by renewable energy sources. Spent grains and liquid waste are donated to local farmers, and MBC also donates a portion of their proceeds to a variety of deserving environmental organizations.

Oh yeah, and they brew some amazing beer! Keep your eyes peeled for these, or visit their tasting room, located right on US-1, for a wider selection: 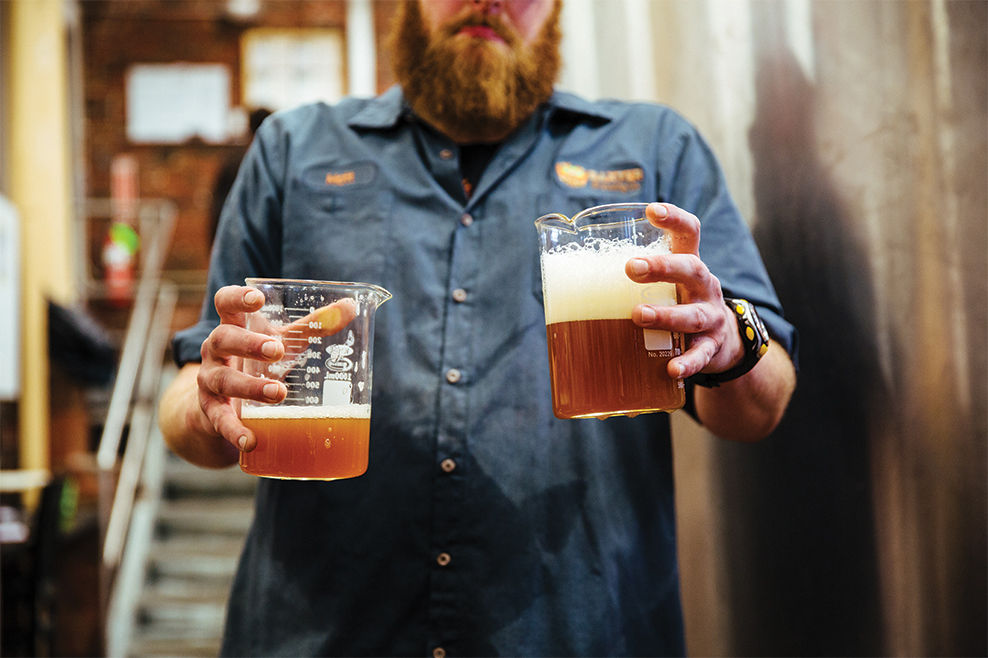 If you’re looking for creative yet approachable beers designed with both sustainability and portability in mind, look no further than Baxter Brewing in south-central Maine. This brewery’s founder proudly boasts that his passion for homebrewing in college caused the university he attended to ban brewing in the dorms.

Hailing from Lewiston, Baxter believes that canning their beers allows them to be enjoyed anywhere, protecting the precious contents from the elements while retaining peak freshness. Be on the lookout for: 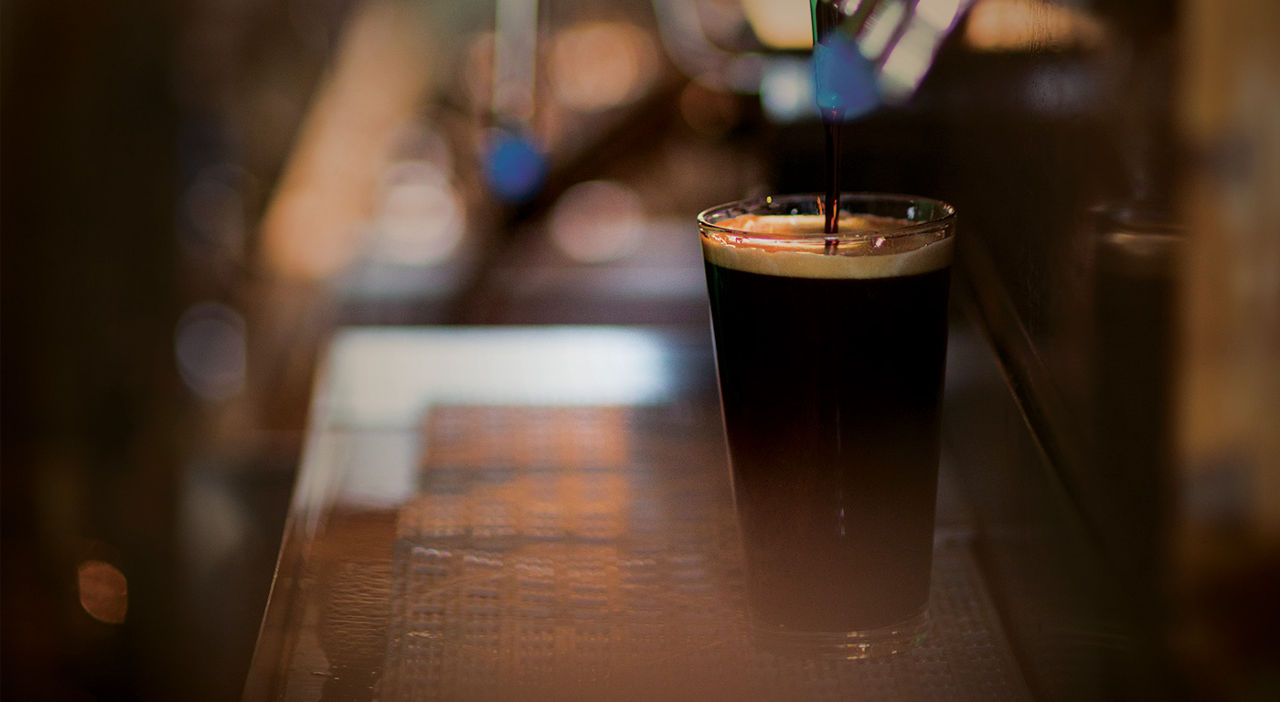 For the last decade plus, Ebenezer’s has enjoyed cult-like status in the Maine (and national) beer scene, thanks to their enviable selection of taps and rare bottles. So when the pub’s proprietors announced they were opening Lively Brewing in 2013, everyone nodded their heads in understanding — it was only fitting that they’d eventually start producing beer themselves.

Their original restaurant in the Western Maine mountains specializes in Belgian-style beer and was voted the best beer bar in the world on multiple occasions by industry publications. Ebenezer’s is one of the select few bars in the world hand-picked to host Cantillon’s annual Zwanze Day celebration each fall. The newer Midcoast brewpub is no slouch either, serving up tasty beers such as:

This post is proudly produced in partnership with Visit Maine.
Tagged
Restaurants + Bars Trip Planning Maine, United States
What did you think of this story?
Meh
Good
Awesome

These Airbnbs in Acadia National Park Surround You With Natural Beauty