Alcohol-fueled bashings are all the rage in Melbourne, but this is one trend you don’t want to get yourself into.

MELBOURNE IS TAKING a beating in the local papers lately, with numerous stories of stabbings, bashings, beatings, and brawls. The Herald Sun has a long running series on the issue called “Streets of Fear,” a bit of a marketing ploy, but it reflects the views of many Melburnians. It just isn’t safe to walk the streets of the CBD (Central Business District) late at night anymore. 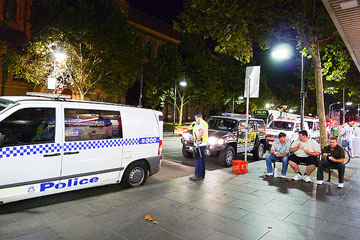 It’s not new. There has always been the odd news story of street violence, but the coverage has grown exponentially in the past several months, seeming to peak last weekend when one of the victims of a bashing was a police sergeant.

The community is rightly outraged, calling for mandatory jail sentences for assaults on cops, tougher prison terms, a closing of the bars, the banning of glass, and more police on the streets.

Below is a (very) small sample of front page stories regularly found after a weekend of revelry:

What are the Officials Saying? 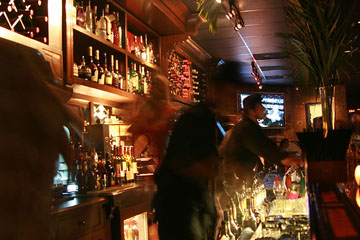 Predictably, officials are grasping at the lowest hanging fruit: alcohol. Victorian Premier John Brumby says booze is too cheap. The police place a large portion of the blame on nightclubs for not doing enough to stem the problem.

Attention is being turned to the way alcohol is marketed to young people, “alcopops” (sweet, high-acohol content drinks) being the main culprit.

For three months last year, a 2 AM lockout rule was enforced in Melbourne as a trial. This meant anyone leaving a bar after 2 AM was not allowed back inside — the intent was to stop bar-hopping as much of the violence occurred between venues.

The result? Ineffective. Reports actually indicate violent crimes went up during the lockout. The government has decided not to pursue this tactic.

With the violence so highly profiled right now, judges are under extreme pressure to hand down harsher sentences. Two recent cases:

Nicholas Keon, who had just polished off an entire bottle of Southern Comfort before moving on to vodka, was sentenced to six years in prison for bashing David Mitchell, a promising football player who can never play contact sports again after suffering brain damage.

Aspiring v8 Supercar driver, Michael Tancredi, was sent to the sin bin for four years after putting his victim in a coma.

With more cases before the courts right now, will judges continue with the tough sentences? Will they get even tougher? More importantly, will they work? 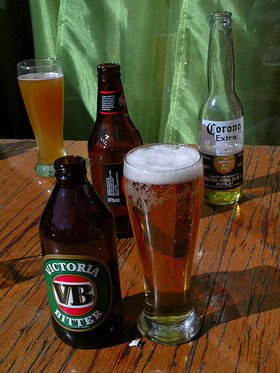 Alcohol is not the Problem

My twenties were spent binge drinking on weekends. Same with my older brothers. Our parents’ generation did it too, as well as their parents, and so on. Binge drinking is not new.

What has changed is the availability of alcohol and its targeted marketing to young people. Alcohol is not the cause of the violence, though.

There is something more deeply embedded in these trouble-makers that alcohol enhances. Alcohol is not the root of the problem, but is the great disinhibitor that leads to the violence.

Leading criminologist, Rob White, claims that Australia has a culture of violence. “It’s everywhere. Turn on the TV, it’s there. We go to work and school and confront bullies. And then there’s Parliament and sport. In fact, we love the biff* – and we’re not really that surprised by it,” he says.

He goes on to talk about solutions:

What I am talking about here is mass cultural change: an education program to teach us collectively to engage in non-aggressive resolution of problems. But I don’t think we are that serious about it – we treat the symptoms not the causes.

He also says that, even though violence has been part of Australian culture for so long, the rules of engagement have changed. Where one-on-one fair fights used to be the norm, you now have swarms of men — maybe gathered by text message — beating up on a single person. Knife-weilding attackers are also more likely to target defenceless victims.

And even when the person is down, it doesn’t stop there. Recent deaths and serious injuries have been caused when the victims were stomped on while they lay helpless on the ground. There is no respect.

Are the Kids Alright?

The baby boomers have over-indulged their kids to the extent where they think they can do whatever they like.

If you want to deal with street violence and alcohol, deal with it holistically, and deploy the tactical use of force where appropriate. I think to blame youth is a cop-out. It abrogates responsibility from those who should have it. 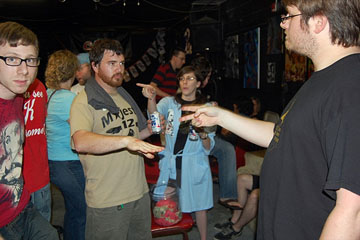 The Australian Institute of Criminology recently held a round table to discuss how to tackle the problem. They identified seven key areas that need to be addressed.

Among them are: business regulation (licenses and staff education), law enforcement (increased numbers at problem spots), education (school programs), technology and media (the role of the media and communications), and community and culture (encouraging local communities to be more involved).

With all the hype surrounding alcohol, it’s promising to see that other causes are also being looked into. As in most cases, it’s a relatively small minority that cause the all the problems and ruin it for everyone else.

It would be a welcome change if those who are able to drink responsibly don’t have their party spoiled too.

*Biff is Australian slang for a fight.

Bash does not have the same connotation in Australia as it does in the U.S. It means a violent attack, but not necessarily fueled by bigotry (e.g. gay-bashing).

Interested in protesting violence? Look for events in support of International Non-violence Day on October 2nd, or start your own.

Do you think replacing alcohol with marijuana would be a viable solution to the problem of alcohol related violence? If so, be sure to check out Juli Huang’s article on how to help the economy by legalizing pot.

Have you ever been in a drunk fight? Or been attacked by drunk hooligans?

What do you think will solve the problem?

Tagged
Culture Melbourne, Australia
What did you think of this story?
Meh
Good
Awesome

The top 10 bars in Melbourne, Australia