EACH YEAR at about this time, the people of one of America’s highest ski towns get together to celebrate the thing that’s brought them there: snow. Named for the Norse god of snow, Ullr Fest involves several days of parties, parades, and feats of winter endurance. It’s one of the few things in town, apart from the 5 peaks of Breckenridge Ski Resort, that unites locals and visitors, and definitely should not be missed if you’re lucky enough to be in Breck in early January.

Here are some images from Ullr Fest 2014, which wrapped up just a few days ago. The theme of the fest was “It’s an Ullympic Year,” looking ahead to next month’s Winter Olympic Games in Sochi. 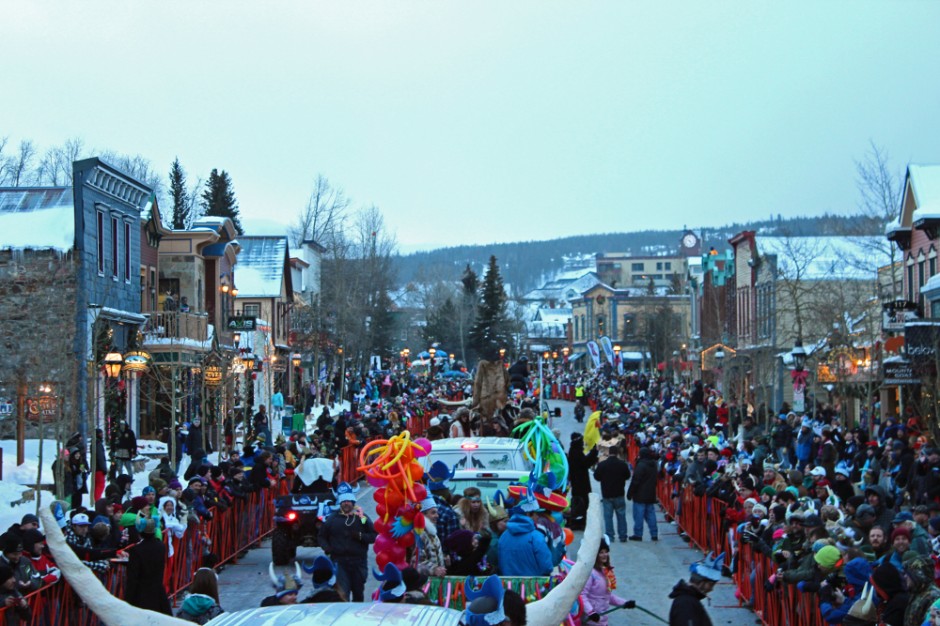 The centerpiece of the festival is the Ullr Parade, which this year fell on Thursday, January 9. Pretty much the entire town, 12,000+ locals and visitors, line Main Street to watch the numerous and wonderfully ridiculous floats pass by. 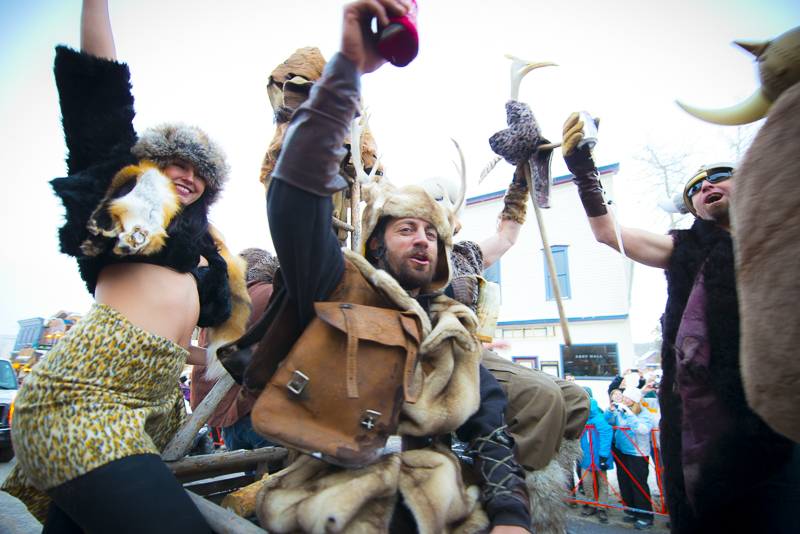 One of said floats. Attire for all is decidedly 'Norse,' though open to creative interpretation. The floats can get quite elaborate—there's usually a working ski jump, a mobile hot tub, etc. 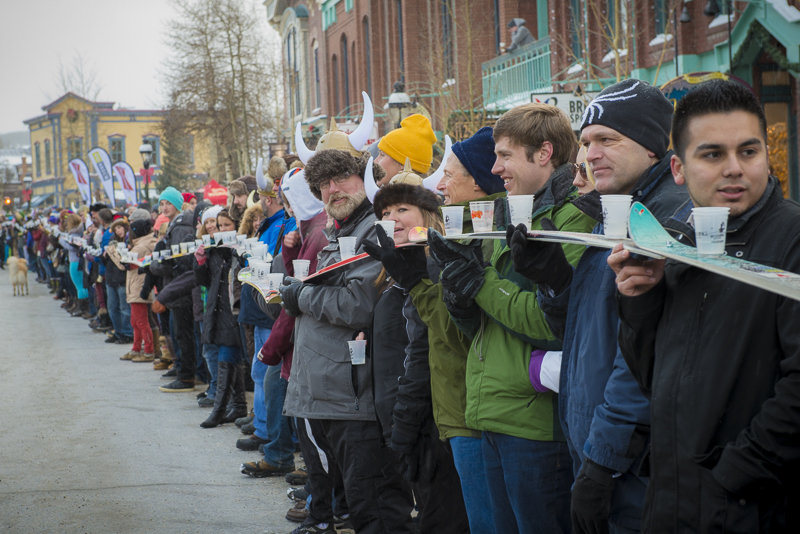 This year, the parade was immediately preceded by the setting of a new world record in shot-ski length, under the auspices of Breckenridge Distillery. The grand total was 973 feet of conjoined skis, supporting who knows how many adult beverages. At the count of 3, it was bottoms up! The previous record was a measly 769 feet set last year in Fernie, BC. 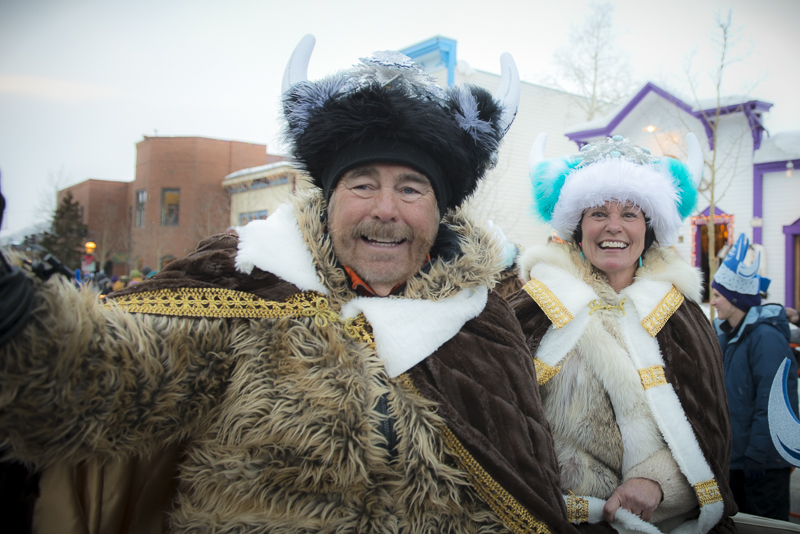 This year's Ullr King and Queen, crowned on Sunday, January 5, and seen here greeting the crowd during Thursday's parade. 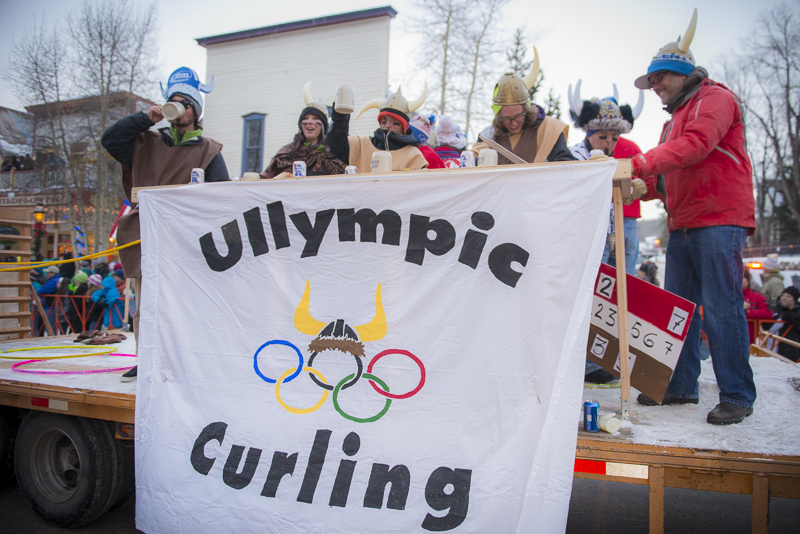 The theme of the 2014 festivities paid tribute to the upcoming Winter Olympic Games, as well as the Road to Sochi and Sprint US Grand Prix qualifier competitions held at Breck. 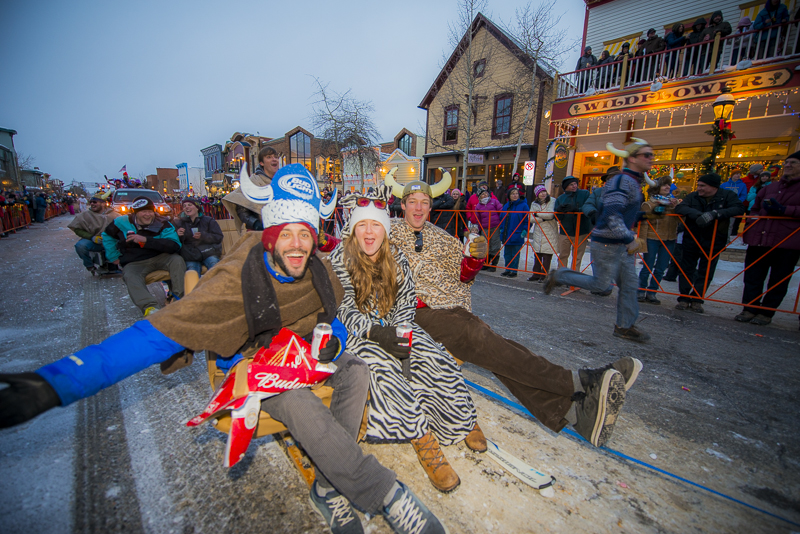 The parade is open to any and everyone. All you have to do is register beforehand and come up with some sort of wacky means of conveyance. Many local businesses put together floats for their employees. 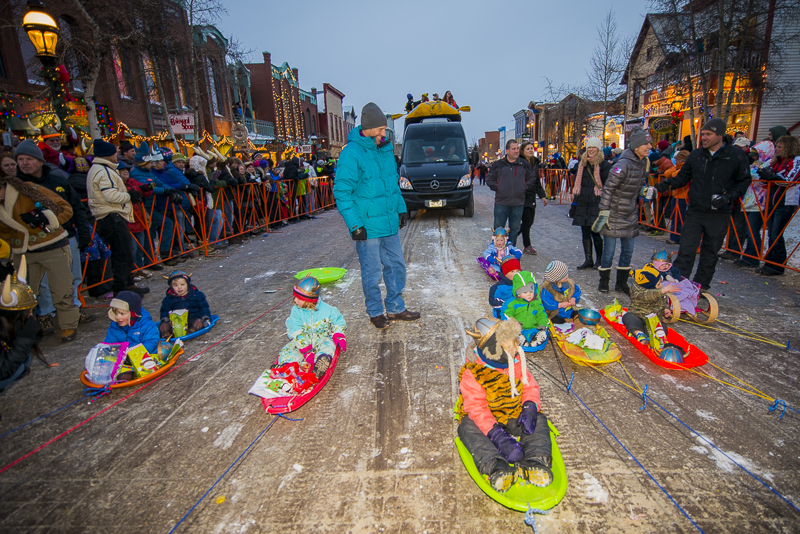 Despite the fact that everyone—parade participants and spectators alike—tends to have a beer in hand, Ullr Fest remains an incredibly awesome family-friendly event. 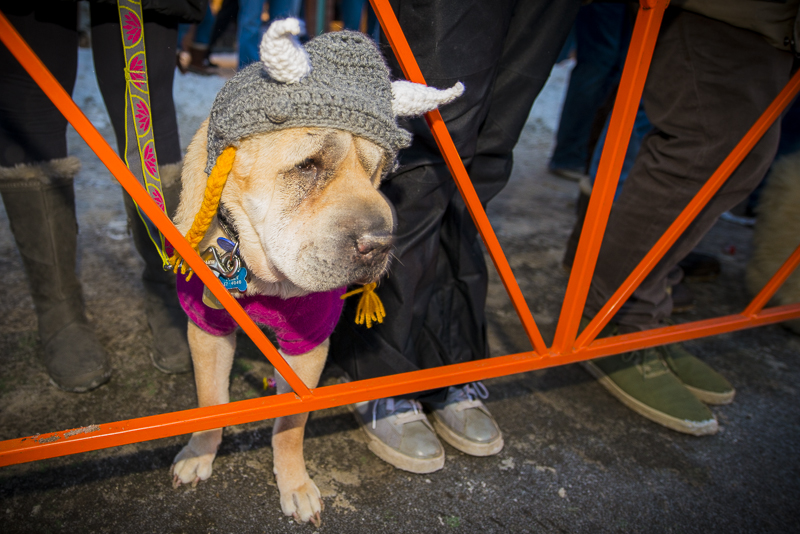 Goes to show that everyone is welcome at Ullr Fest...provided you have proof of viking. 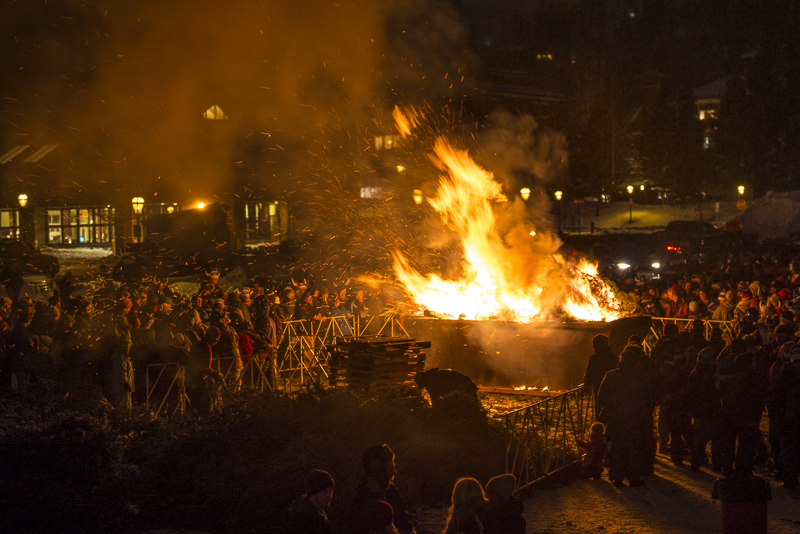 The parade is followed by a town bonfire, which serves multiple important purposes besides just looking cool: 1) It's damn cold in Breckenridge in early January, and 2) It's a great way to dispose of the town's Christmas trees. 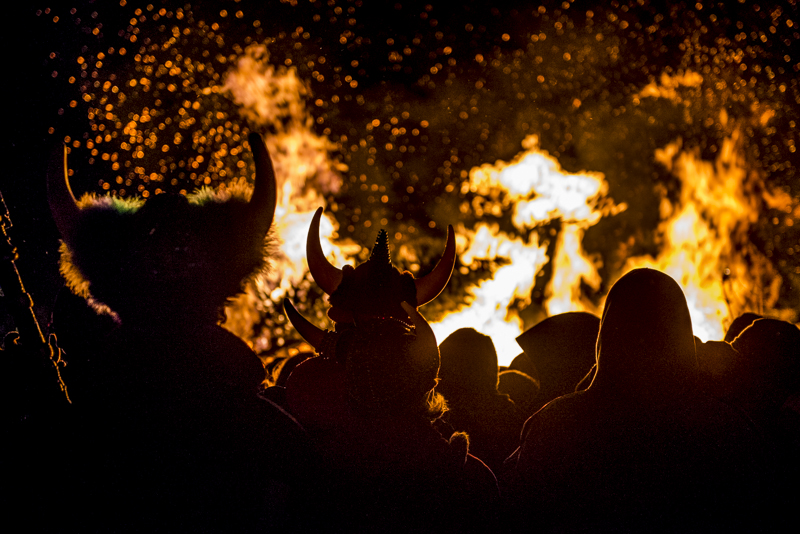 All of this beseeching of the god of snow seems to work—over the last 10 days, 30+ inches have fallen on Breck, with more in the forecast. 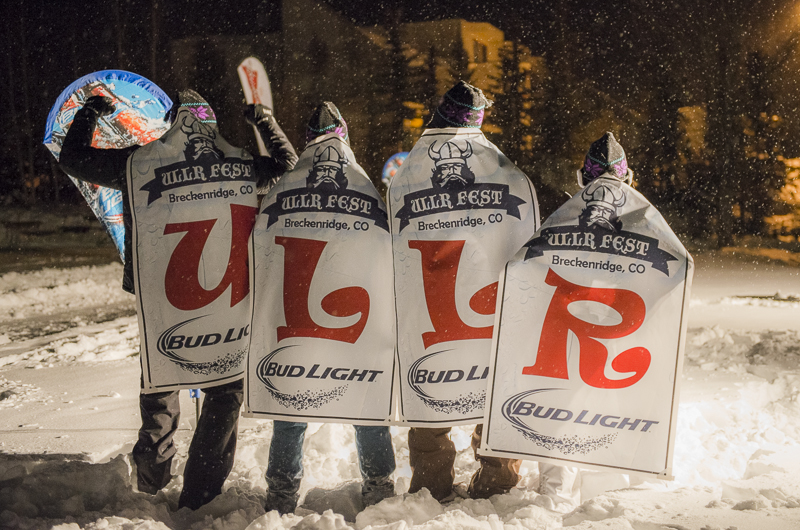 With the Ullympics and Ullr Fest behind them, Breck now looks forward to the International Snow Sculpture Championships, held January 21 - February 2. Join them if you can.

This post is proudly produced in partnership with the Breckenridge Tourism Office.
Tagged
Winter Sports Festivals Events
What did you think of this story?
Meh
Good
Awesome

The only world record that really matters will be broken this Thursday in Breckenridge, Colorado.

How to spend a perfect winter weekend in Breckenridge, CO

22 Instagrams out of Breckenridge, CO

Why you should explore Breck in the off-season