The northern Ecuadorian Amazon, encompassing the provinces of Sucumbíos and Orellana, is home to five indigenous tribal groups: the Cofán, Secoya, Siona, Kichwa, and Waorani.

Decades of oil extraction, colonization, forced religious conversion, and deforestation have had a profound impact on the rainforest and its indigenous cultures. Yet, amidst the destruction, these peoples fight to hold on to their cultures, their rainforest, and their dignity.

The ClearWater project presents 10 portraits from this incredible and rapidly changing region. 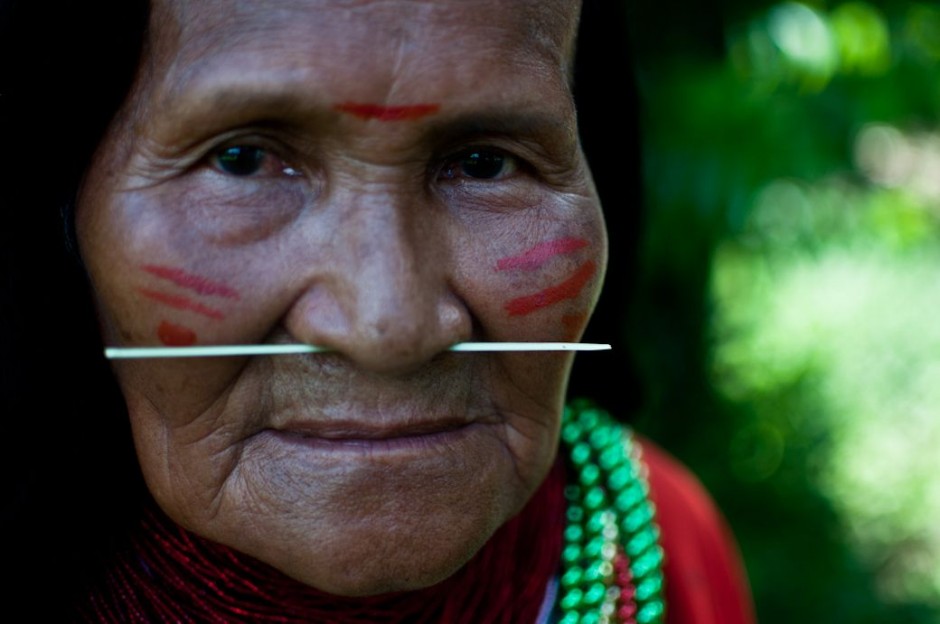 Marina is one of the last Cofán women who knows how to sing the songs of her ancestors. When she is gone these songs, and the stories and knowledge they convey, will be lost forever.
Photo: Mitch Anderson

A Siona man gazes down the river from his canoe just before sunset on the Eno River, Sucumbíos Province, Ecuadorian Amazon.
Photo: Alex Goff 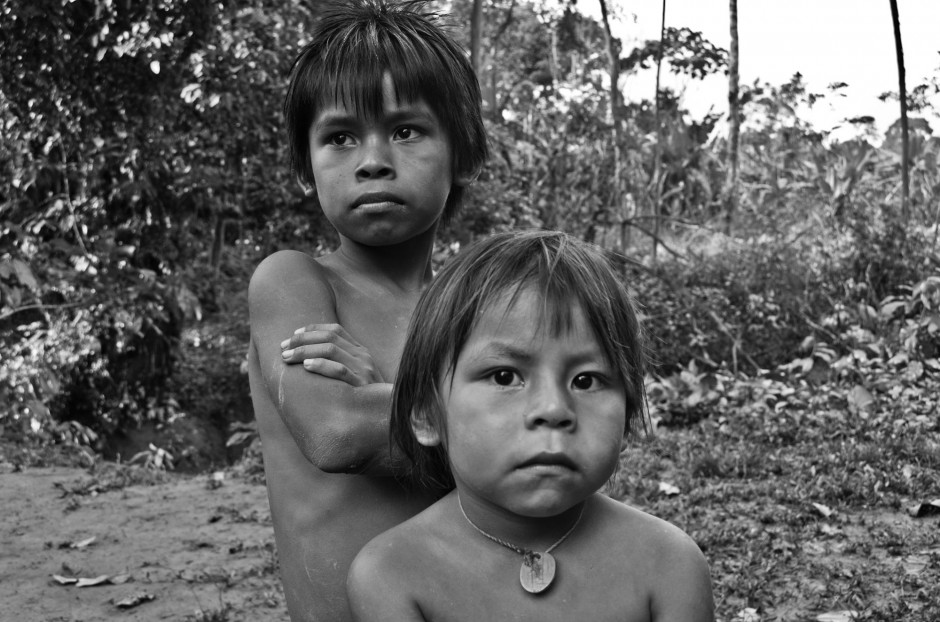 Secoya brothers stand in the forest near the community of Sehuëaya, Sucumbíos Province.
Photo: Alex Goff

A Waorani woman poses in the community of Yawepare, on the edge of the Yasuní Wilderness, Orellana Province.
Photo: Alex Goff 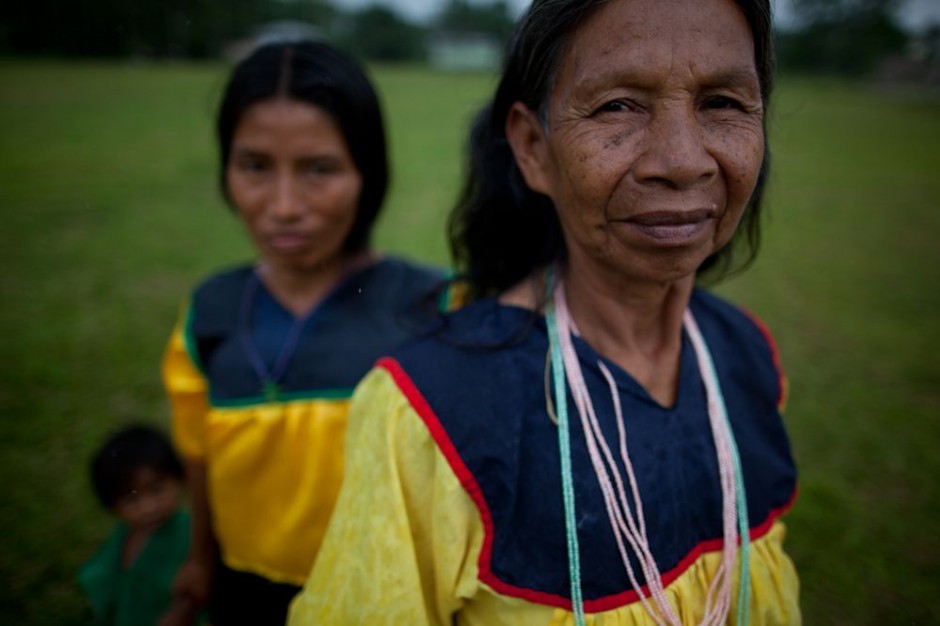 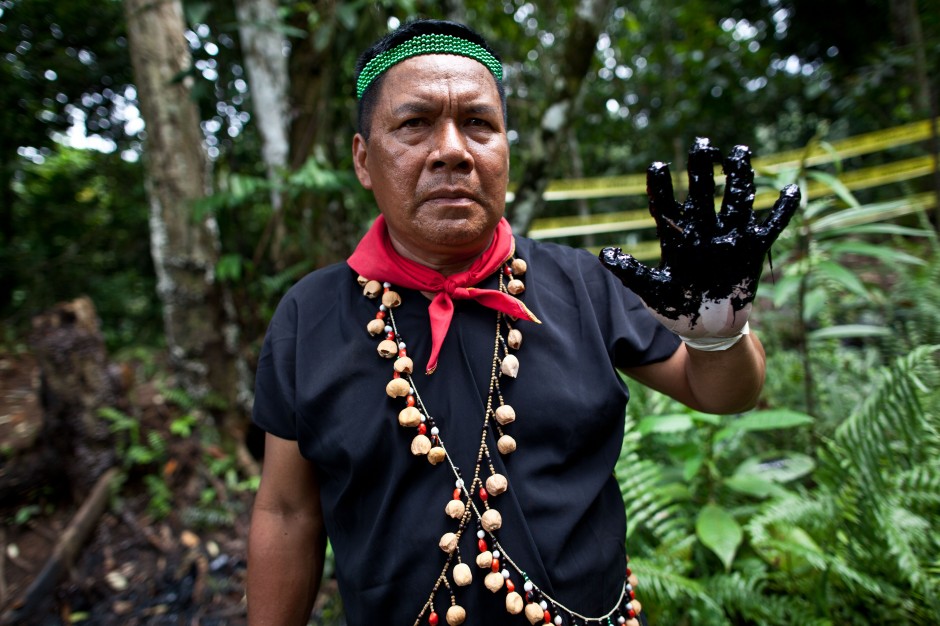 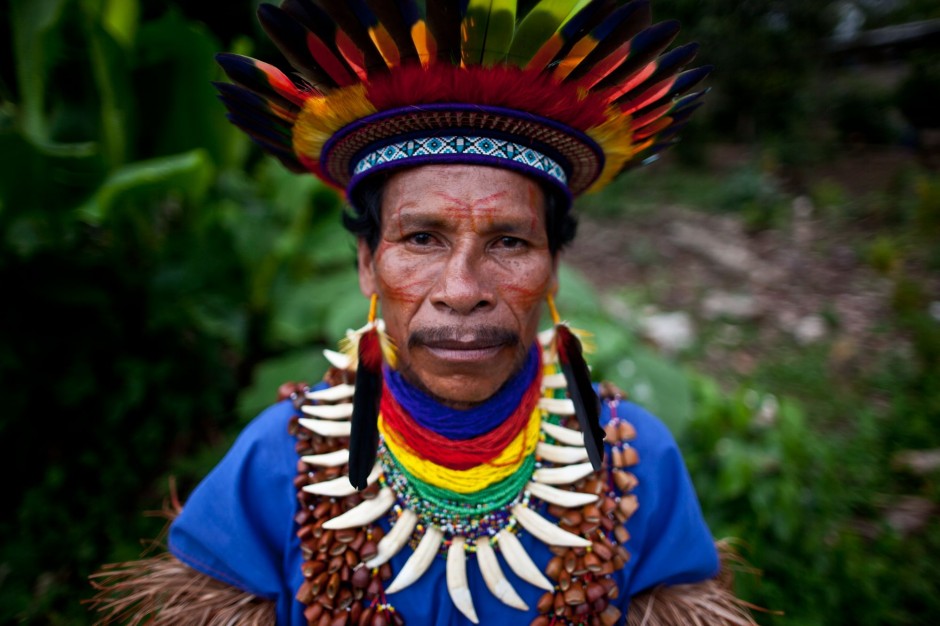 The Secoya, or Siekopai, people live downriver from large-scale oil operations and the cities of Lago Agrio and Shushufindi, in a territory surrounded by African palm plantations. Their territory contains some of the last remaining primary rainforest in the region. There are some 400 Secoya people left in Ecuador.
Photo: Mitch Anderson 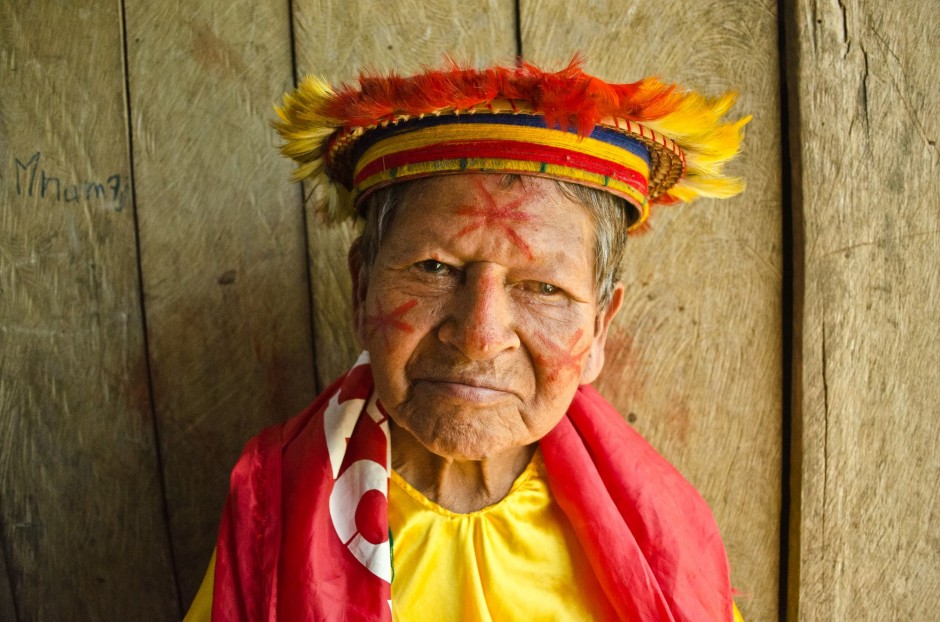 Bolivar is a Siona elder from the community of Orahuëaya, located on the Aguarico River, Sucumbíos Province. Bolivar asked for his picture to be taken, straightening his crown, and looking proudly at the camera.
Photo: Alex Goff 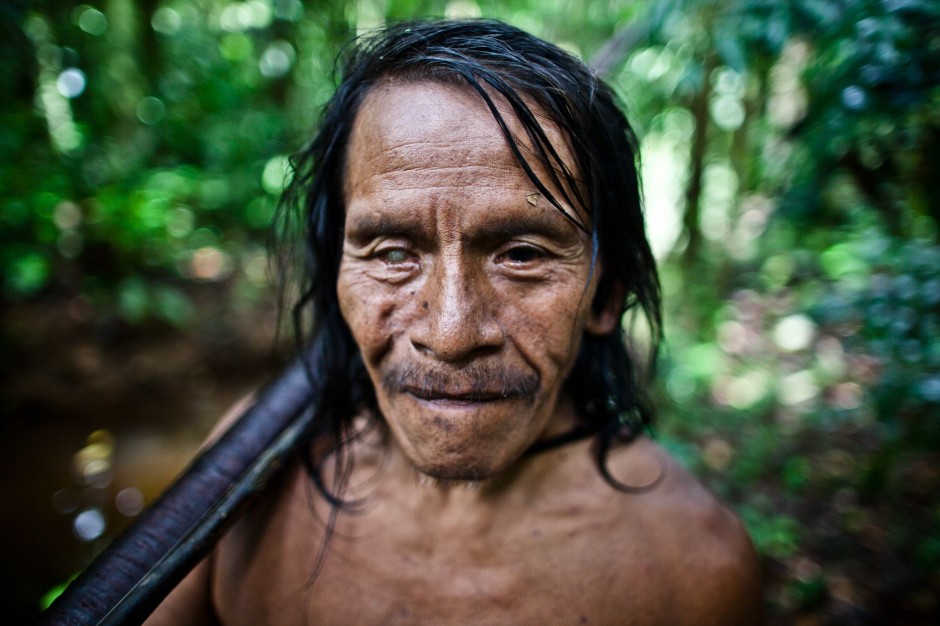 Despite only seeing through one eye, this Waorani warrior is a renowned hunter with the blowgun. Photo taken in Waorani territory, Yasuní Wilderness.
Photo: Mitch Anderson 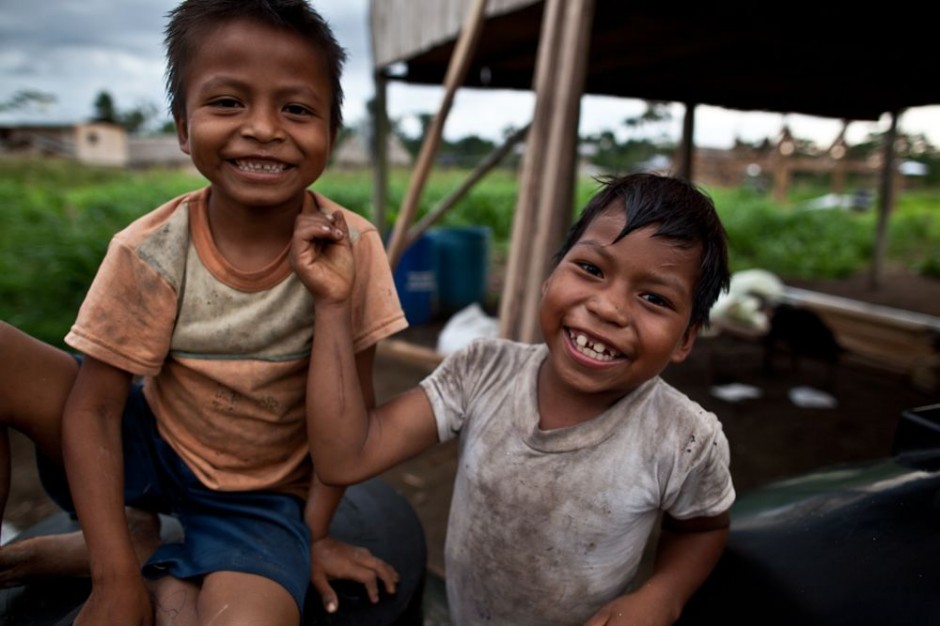 Siona children goof off in the community of Sotosiaya while local community technicians build the rain harvesting system that now provides their family with clean drinking water. You can learn more about this project at www.giveclearwater.org.
Photo: Mitch Anderson

This post was produced by our friends at ClearWater, an indigenous-led movement for clean water and cultural survival in the Ecuadorian Amazon.
Tagged
Sustainability Ecuador
What did you think of this story?
Meh
Good
Awesome