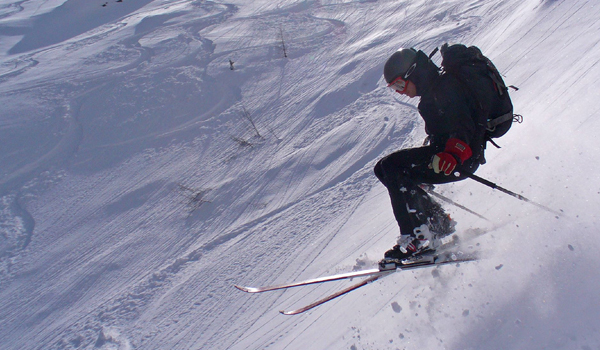 Feature photo by Guy Incognito. Photo above by

You don’t have to pay $80 an hour for counseling. As we wind towards 2009, think about a new weekly therapy: a walk in the woods, or paddling down a river.

WHETHER YOU’RE HUCKING off a cliff into chest-deep snow, or just taking quiet walk through your local woods, outdoor adventure can be lifelong pathway to health and well-being, and a great way to connect with friends, explore new places, and gain new perspectives on your home terrain.

Thought about trying a new outdoor activity? Here are 11 ideas for 2009. We’ve broken them down into three categories: lifelong skills, high adventures, and adventure-based travels. 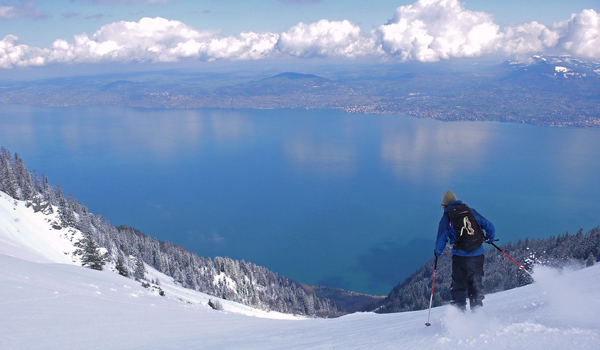 In her recent article, a First Timer’s Guide to Telemark Skiing, Chrysser explained:

Telemark or free heel skiing refers to a turn developed in the Telemark region of Norway by Sondre Norheim in the mid 1800’s. Like Nordic or cross country skiing, the back heel remains unattached to the ski’s base. This allows for cross country stride and glide on the flats or hiking uphill with sticky skins attached to reach peaks for descents.

Telemark skis are also designed for high-performance downhill skiing. The bottom line: telemarking gives you unparalleled access to backcountry terrain. Or even if you’re just making smooth free-heel turns on the groomers: you’ll find yourself part of a proud community.

Click here for our complete Gear Guide for Telemarking. 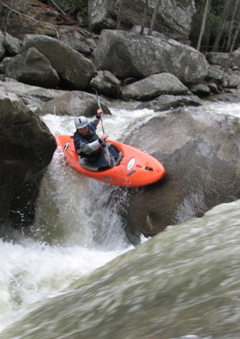 In his recent guide on How to Get Started Whitewater Paddling, David Miller wrote:

Most people who don’t paddle associate kayaking with adrenaline sports.

And while there is undoubtedly that thrill-seeking element, once you really get into paddling, you’ll find that it’s more about gaining access to places you couldn’t get to otherwise.

This might be an isolated gorge like the one pictured here, a campsite on the bend of a high-desert river 50 miles from any trail, or even on the green face of a wave pumping right through the middle of your town.

And you’ll also learn how friendships and communities are built up around certain rivers and whitewater centers, and that extended families have created entire lifestyles around time spent on the water.

Like winter camping, tele-skiing or winter-camping, paddling is something you can begin this year, and progress with over a lifetime. 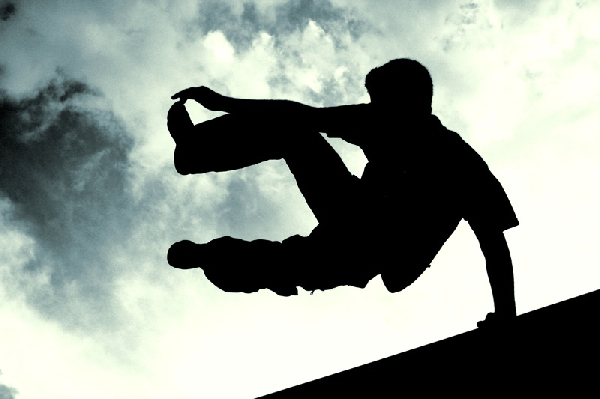 Stuck in an urban center but still want easy access to a daily outdoor adventure? Check out Parkour. Developed in France and based on soldier’s training exercises during the Vietnam war, parkour is like skateboarding without a skateboard. You traverse the city by athletically springing / climbing / jumping over obstacles.

Most people who try surfing a few times give up because the hard part (learning to catching waves) comes at you in much greater proportion than the fun part (actually riding waves).

That said, if you can put in the weeks and months it takes to truly begin catching and riding waves, you’ll learn more about yourself (there’s a lot of thinking time just sitting out in the lineup, waiting between sets) than almost any other activity. 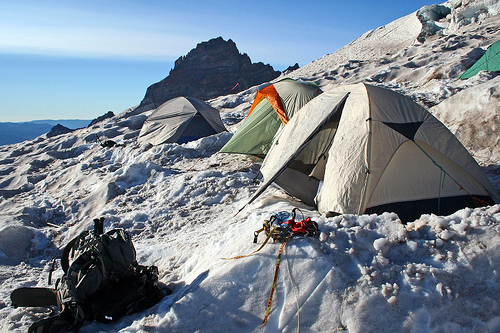 Most people curtail their outdoor activities in wintertime, especially camping. They’re missing one of the great pleasures. Because winter camping centers all around staying warm, it often leads to “best dinner you ever had” scenarios and truly memorable views of stars or endless moonlit snowfields.

With the proper gear and especially the right group of friends, winter just might become your favorite season to be outdoors.

Climb the biggest mountain you can find.

There are hundreds of massive peaks still reachable by mere mortals , as well as truly dangerous summits.

No matter what you plan on doing, however, a day spent climbing a mountain is never wasted. 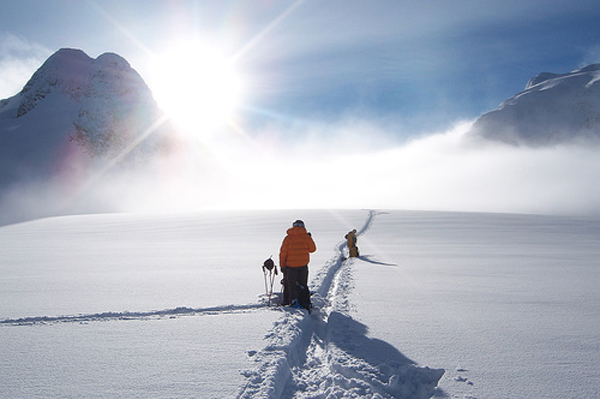 Have you put in several seasons on your local ski hill? Feeling confident in your skiing or riding abilities?

To experience the true freedom of the mountains you have to venture into the backcountry. Consider getting your safety (avalanche) training and beginning a new fitness regiment to prepare for hitting the backcountry in 2009. Learn more at our First Timer’s Guide to Backcountry Skiing and Snowboarding.

Already a hardcore ski-mountaineer, paddler . . . one of those guys that works as a dishwasher in Jackson, WY and summits the Grand before working a double shift? Here are a few travel-related adventures to mix things up if you’re looking for something new in 2009.

Run with the bulls.

Most festivals don’t involve a brush with death, but the yearly running of the bulls in Pamplona gives you the chance to test your sprinting and turning skills to the utmost as ton upon ton of heaving, bristling beast charges up the steep slope and along the city streets.

Hump along with a camel safari. 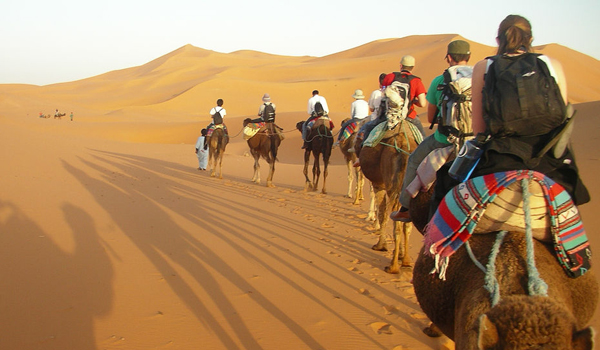 These amazing beasts are reputed to be none too friendly, but don’t let that put you off. Camping under the stars after a hard day camel-back riding gives you a chance to kick back, relax and ponder the grand things in life: the wildlife you saw, people you met, the stars, and the pain.

The Australian outback, North Africa, and India are all popular places to give it a go.

Go on an African safari. 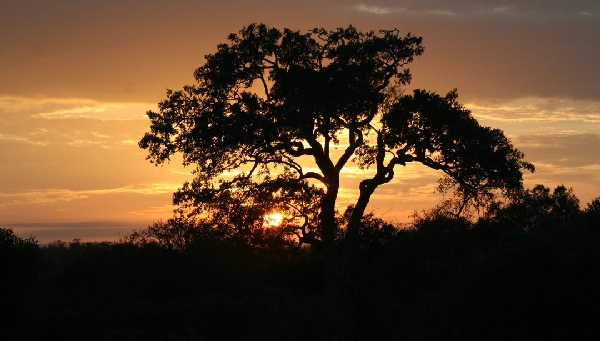 Prefer big cats to beasts of burden? An African safari will amaze you and might even convince you to join a conservation group.

Reduce your carbon footprint by walking the parks: Kruger National Park (South Africa) has guided walks with gun-toting rangers circling back to the safety of camp each night. 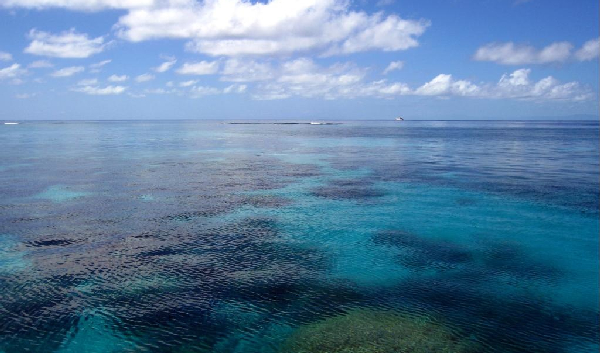 Snorkeling clear reefs is one thing, but getting past the fear of full submersion and trusting the SCUBA equipment is another.

2009 is the year to get down deep and explore bright coral and alien sea creatures.. The Great Barrier Reef, Australia is many people’s first choice, but try getting your feet wet in Palau, one of the world’s newest countries. It’s a seldom-mentioned gem.

Got something better you’d like to have a go at? Tell us all about it in the comments.

The scariest urban legends from each US state
39 of the most breathtaking natural wonders in the world
Sorry, summer. Fall is the ultimate road-tripping season.
Wombats are the heroes of the Australian fires, sheltering animals in their burrows
The best regional fast food chains to enjoy during your next road trip

Free your heel, free your mind: A first-timer’s guide to telemark skiing