03:28 Jul 29, 2021
View all travel news
Top Regions
Top CitiesView All Destinations
Trending Regions
Trending Cities
Load More
Matador Network Ambassador Cengiz Yar Jr. recently returned to the States from a two-month stint in the Middle East working on his project Syria’s Children. While there, he was granted rare access in Rojava to document the situation on the ground. In his continued efforts to experiment with mobile photography and how it’s shaping global perception of conflict, Cengiz shares with us this iPhone photo essay, offering a glimpse of what life is like inside northeastern Syria.

Life in northeastern Syria’s Rojava Province is gritty. Its agricultural economy hasn’t exactly brought wealth to the area, and foreign investment is nonexistent. War throughout Syria and a siege around the region by the Islamic State of Iraq and al-Sham (ISIS) have further crippled Rojava’s economy and caused hundreds of thousands of civilians to flee to neighboring Iraq and Turkey.

Surprisingly, outside of the dire economic situation in Rojava and the Kurds’ war with ISIS, there’s an air of excitement. For the first time since the Ba’ath Party took control of Syria, the local Kurdish population is able to govern itself. Assad’s war with the mainly Sunni rebels over the past four years elsewhere in the country weakened government control over Kurdish territory. What has risen from the ashes of the Syrian war is a semi-autonomous Kurdish region and a revolution the prime minister of Rojava’s Cizre Canton, Akram Hasso, describes as “the Third Line,” a stance stating the Kurds aren’t with Assad or with the rebels. This is Syria’s third revolution. 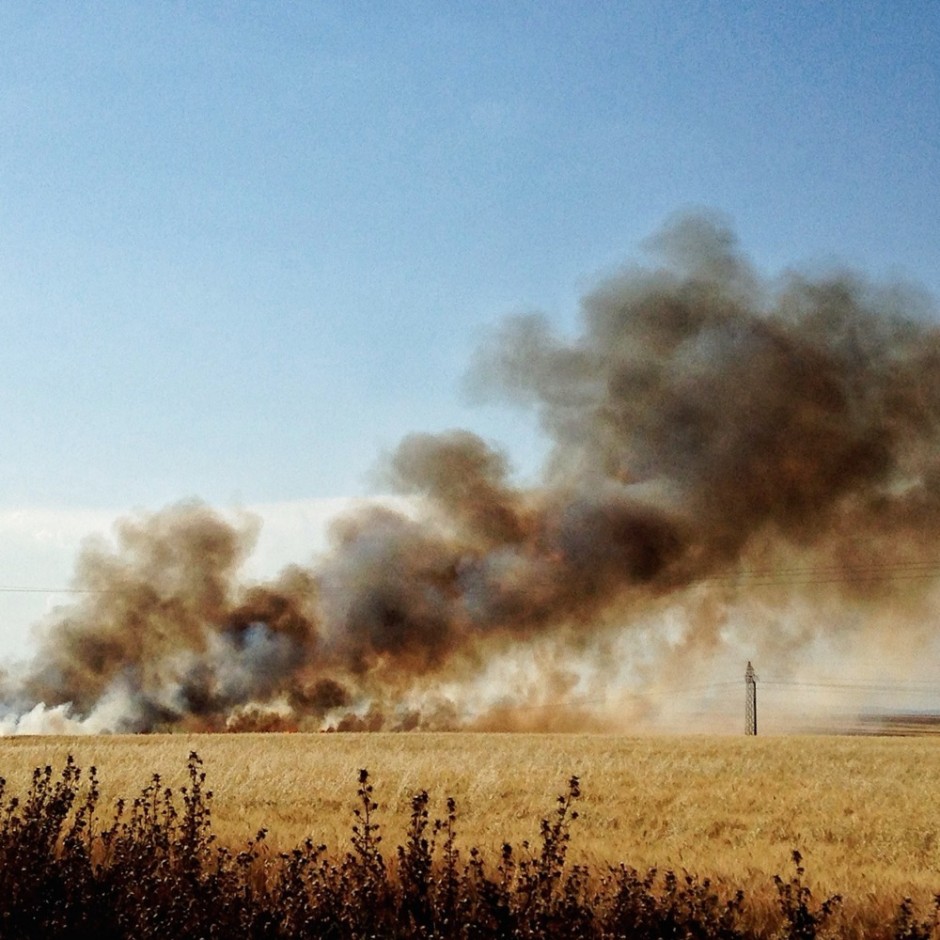 Fire engulfs a wheat field in northeastern Syria's Rojava Province. With limited resources entering the primarily agrarian economy of Rojava, Syria, because of the war, crop fires such as this can cripple a community. 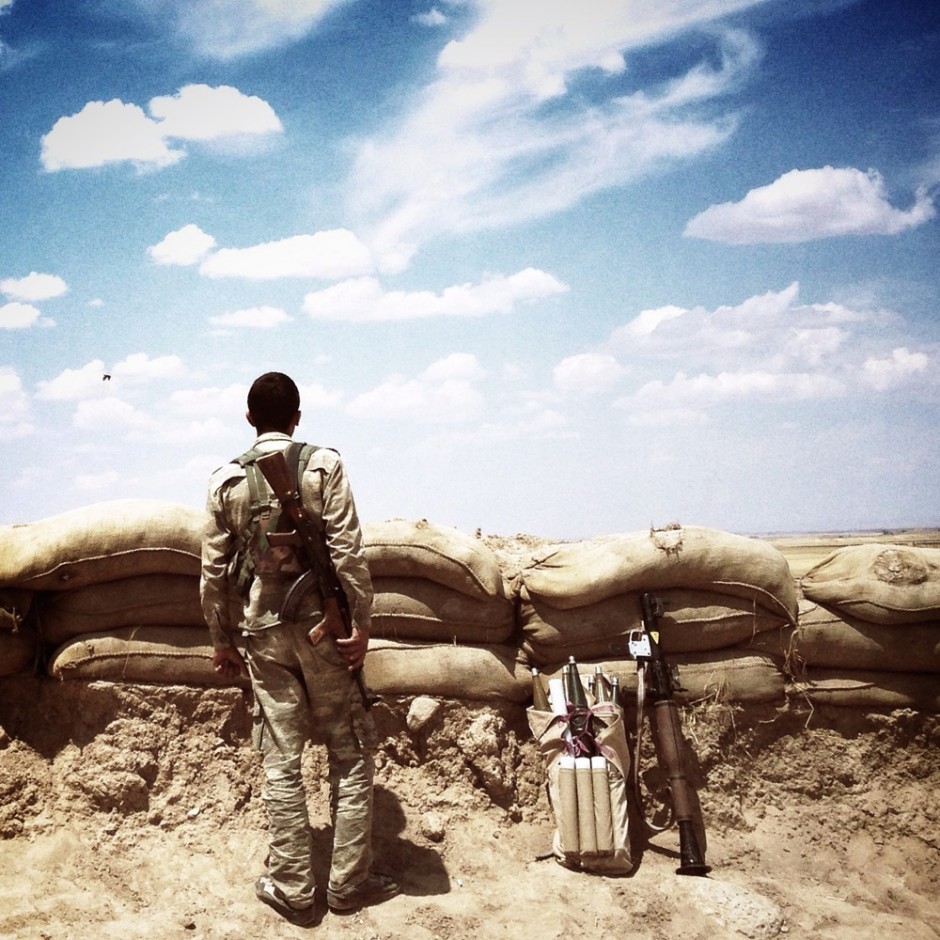 A Kurdish People's Protection Unit (YPG) fighter stands guard at a frontline position in the war against ISIS in Rojava, Syria. 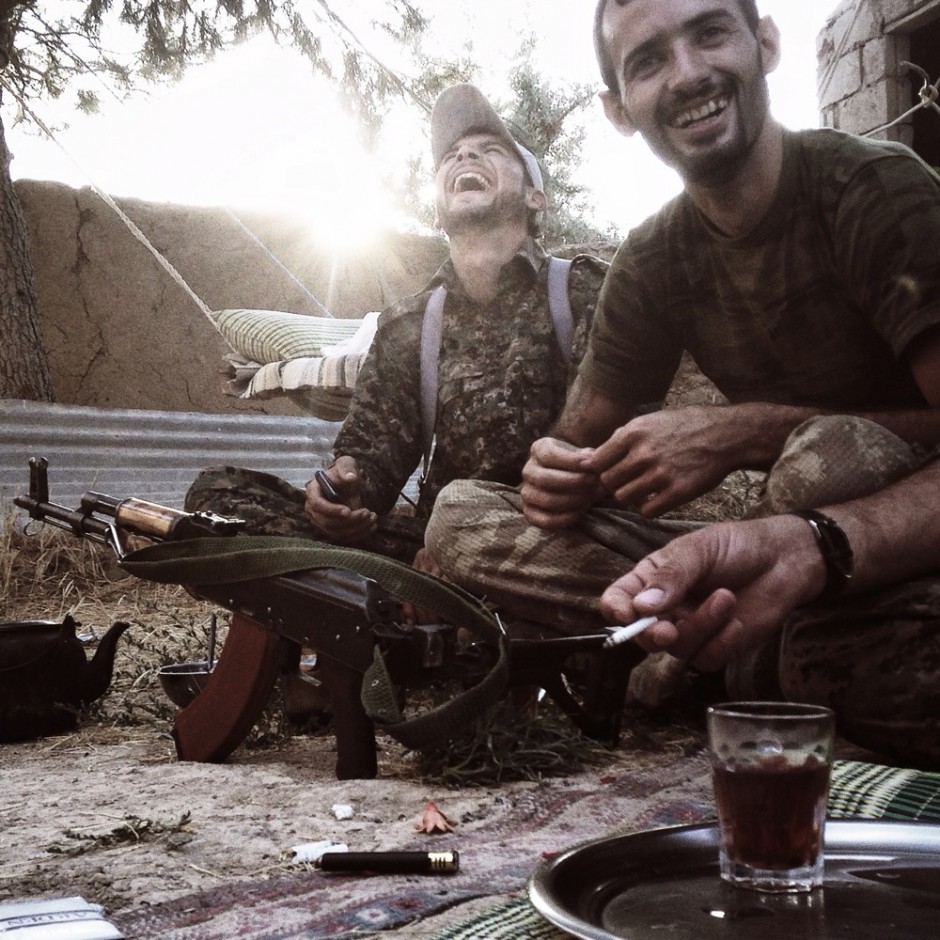 YPG fighters share a relaxing moment near a frontline position in their battle against ISIS in Rojava, Syria. 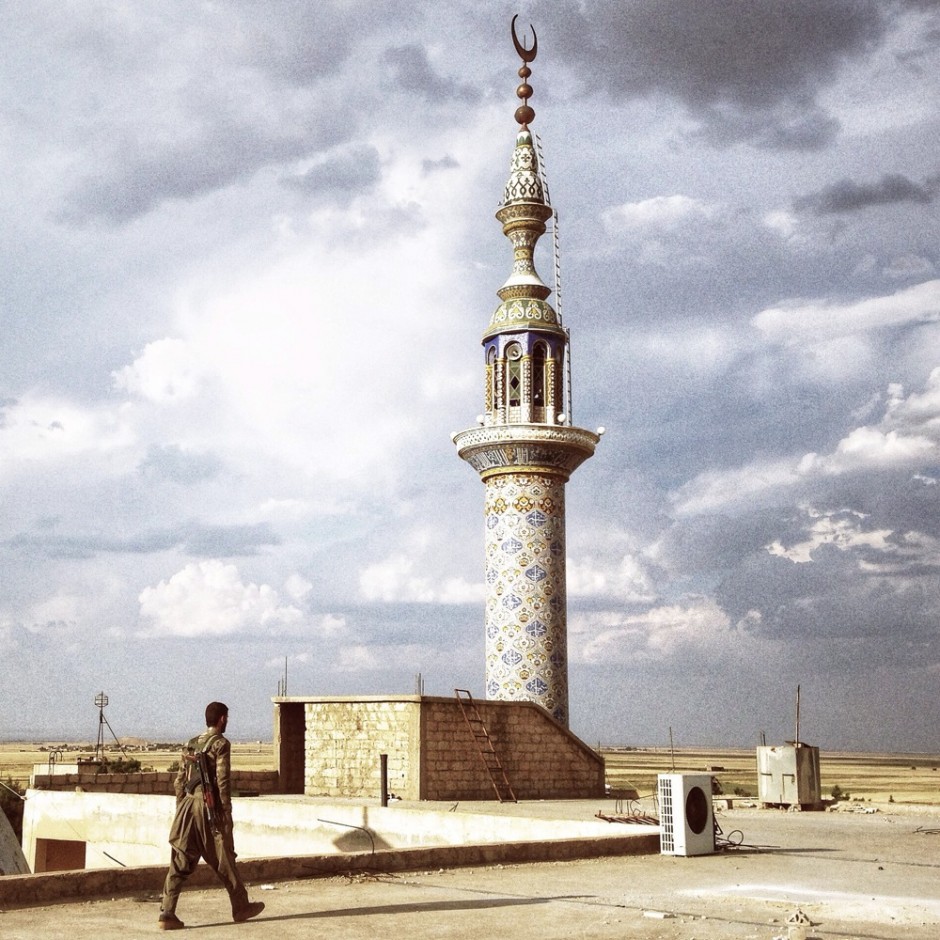 A YPG fighter walks atop a partially destroyed Sufi mosque used as a frontline lookout position in the war against ISIS in Til Meruf, Syria. 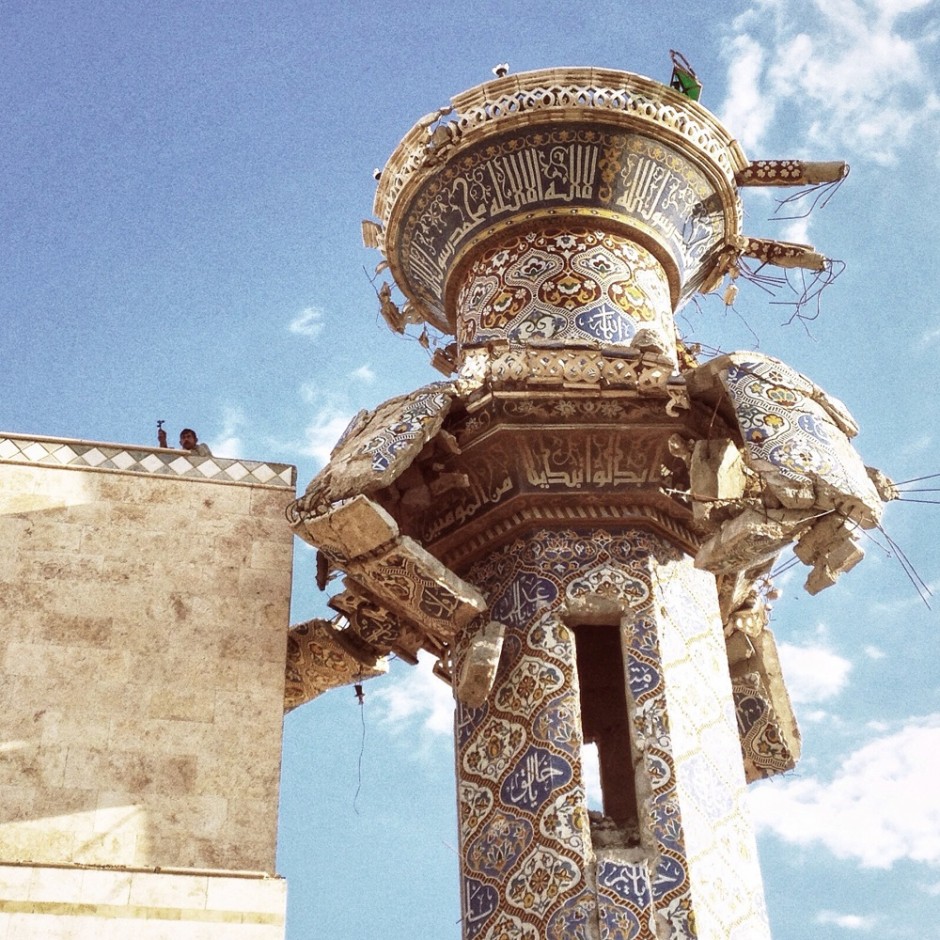 A YPG fighter sits atop a partially destroyed Sufi mosque at a frontline position in the war against ISIS in the northeastern Syrian town of Til Meruf. 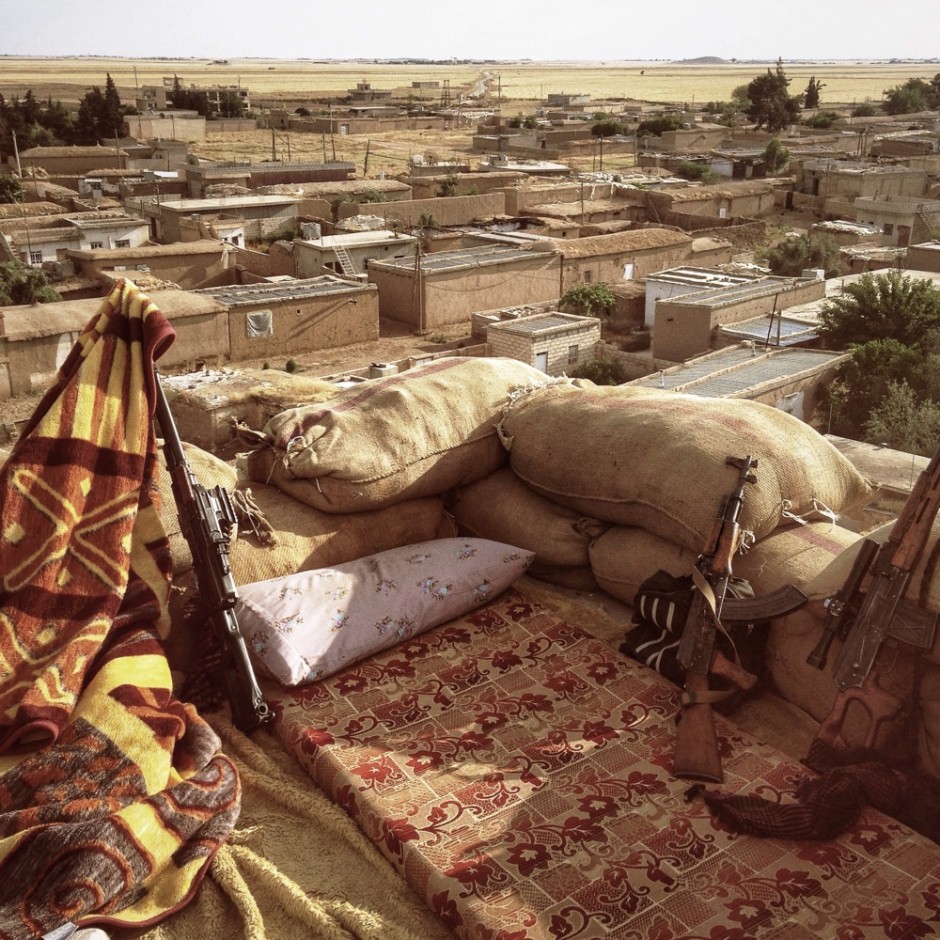 YPG fighters' weapons rest on a ledge at a frontline position in their battle against ISIS in Rojava, Syria. As Assad's regime has continued to battle rebel factions across much of eastern Syria, they've essentially relinquished control of northeastern Syria and left Kurdish forces to take responsibility for the region and govern and defend themselves. During the past year the YPG has successfully pushed ISIS out of many Kurdish territories in Rojava and fortified their borders against incursions. 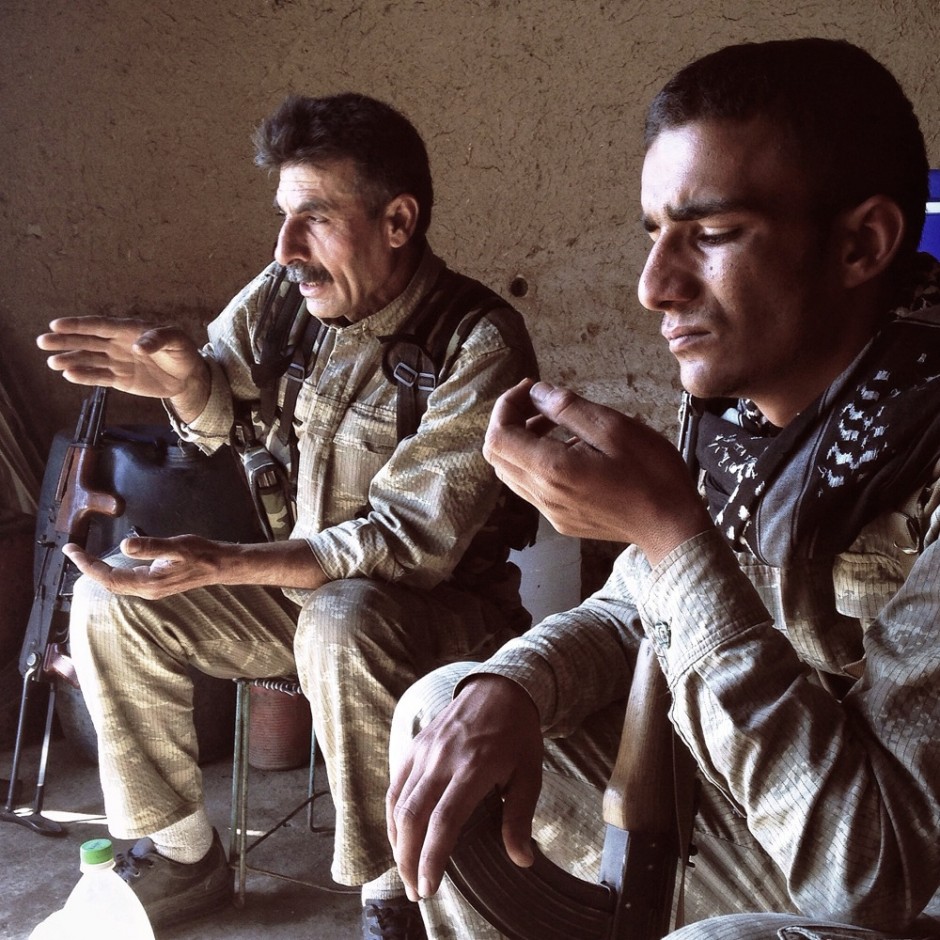 Two YPG fighters, one Arab and one Kurdish, discuss recent battles with ISIS at a frontline position in Rojava, Syria. 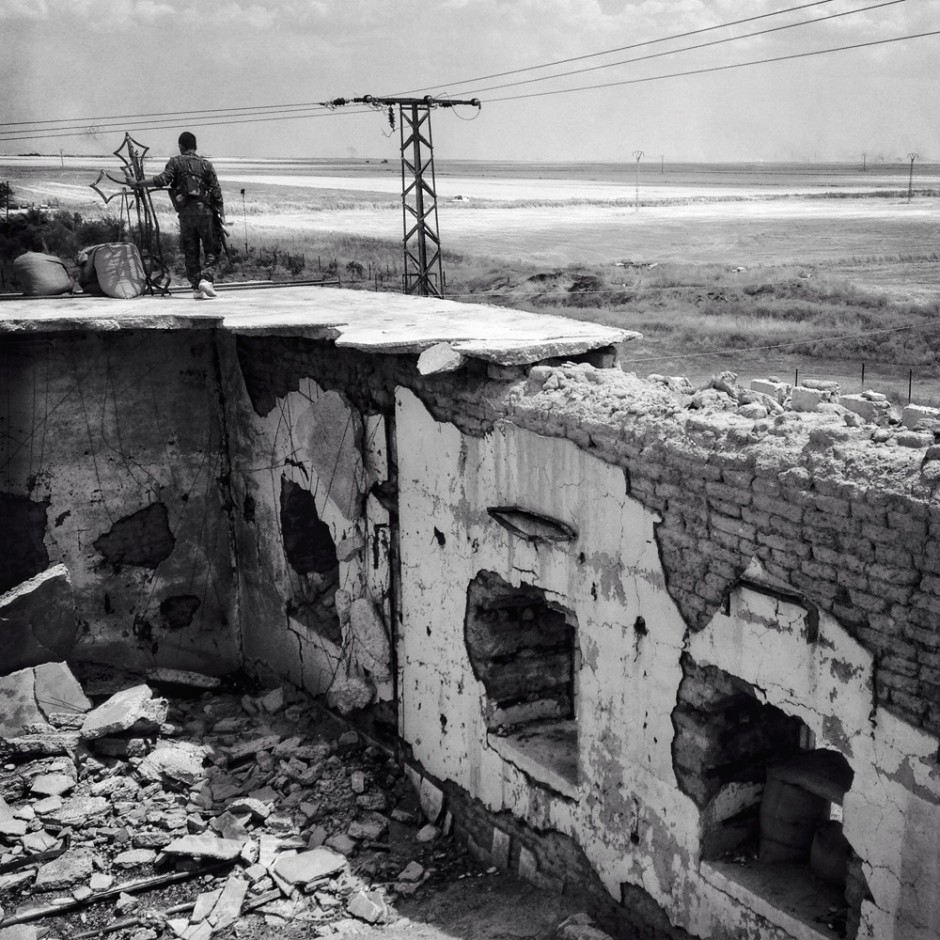 A Christian Syriac fighter tours the ruins of a church destroyed by ISIS in Rojava, Syria. The mainly Christian Syriac militias are separate but fighting alongside the Kurdish YPG forces to defend Rojava Province from the Islamic extremist group ISIS, which almost completely surrounds the region. The fighters pointed out broken crosses on top of the church and on gravestones that had been destroyed during the ISIS attack. A bomb had been planted in the center of the church, almost completely destroying the structure. All that remains now are the thick walls of what was once a place of worship for people in the surrounding countryside. 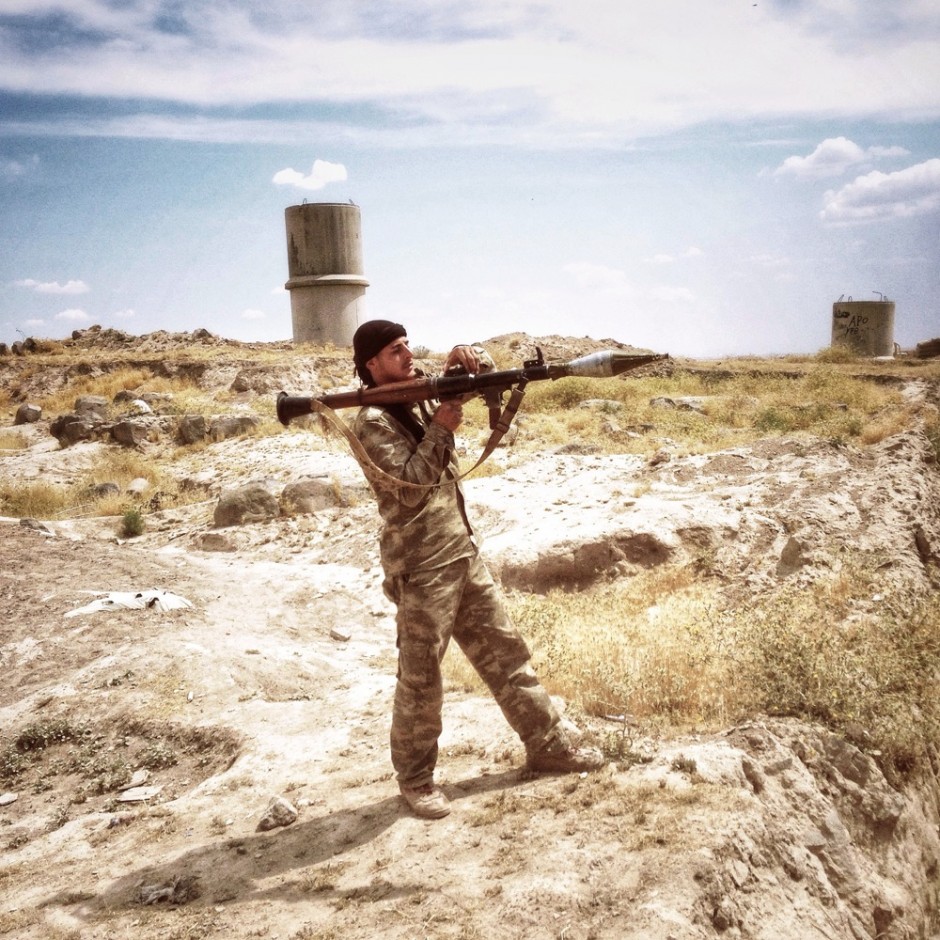 A young YPG fighter adjusts his RPG at a frontline position in the war against ISIS in Rojava, Syria. 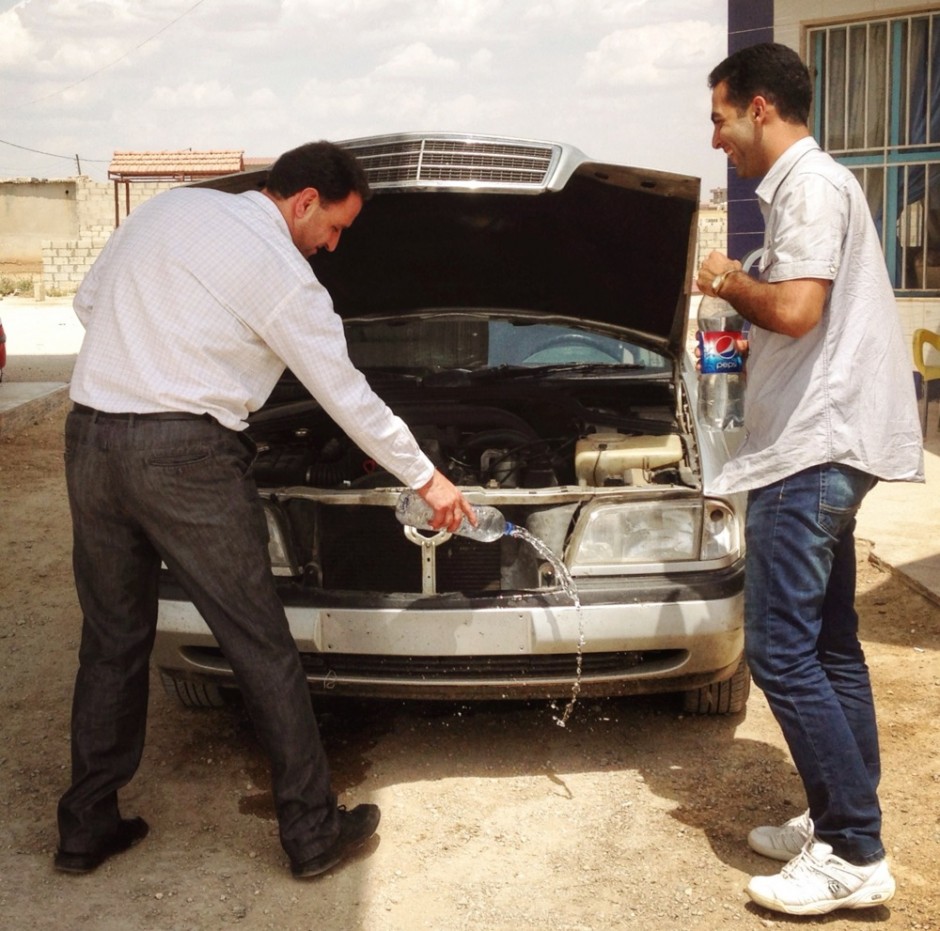 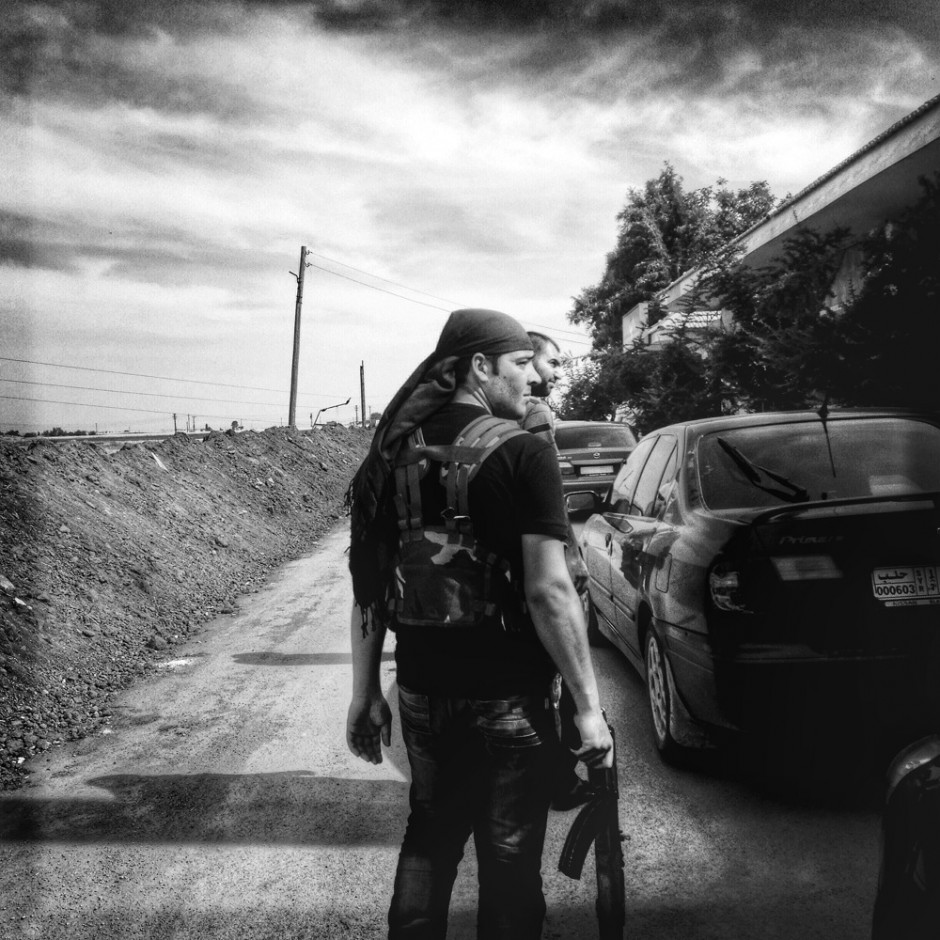 Security forces for Akram Hasso, the prime minister of Rojava's Cizre Canton, on patrol. The biggest threats to Akram Hasso's life are ISIS and Syrian regime supporters. Suicide attacks and IEDs arefrequent in Kurdish-controlled areas, forcing high security around theprime minister and other members of the new Kurdish government. 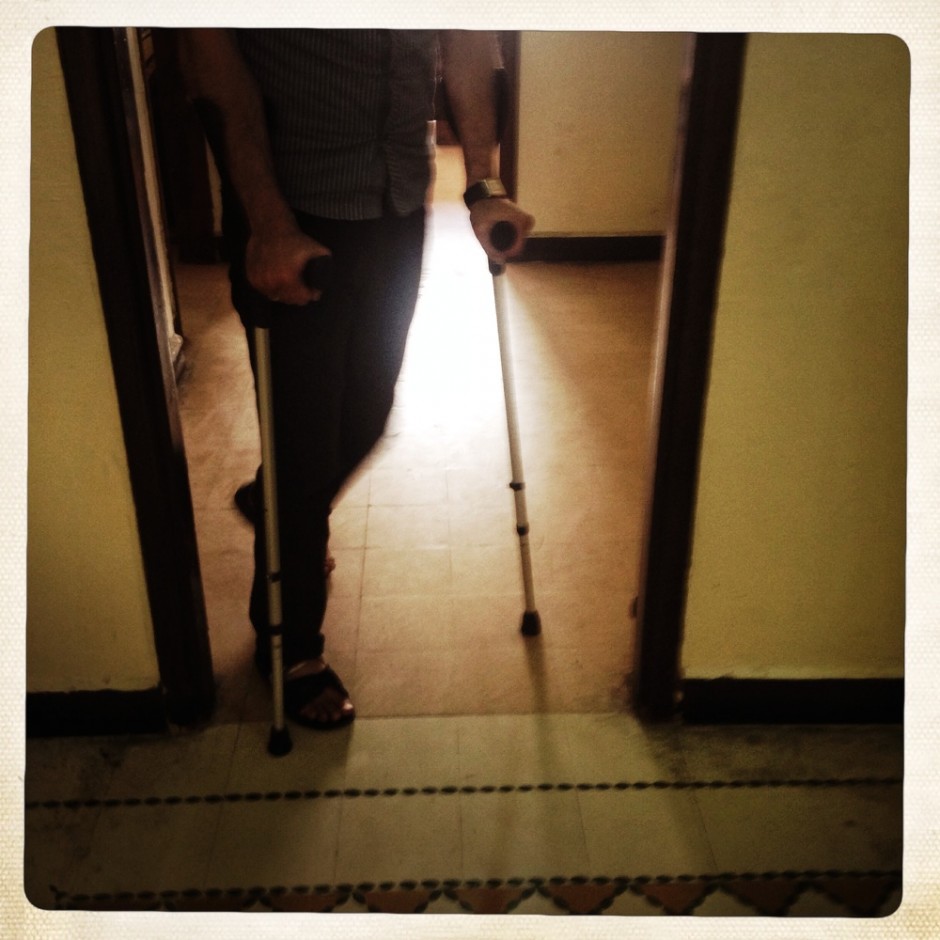 Mayor of al-Qamishli, Muáz Abdulkarim, exits the door to his office on crutches he needs for a broken leg sustained after a suicide attack by ISIS on his offices in mid March. Muáz Abdulkarim's office is a simple room in a former hospital turned city hall for Rojava's largest city, al-Qamishli. There's no air conditioning, the room is sparsely furnished with stiff blue couches, and a single telephone rings constantly on a cluttered glass desk.

Muáz is six months into his two-year term as the first democratically elected Kurdish mayor of al-Qamishli since Assad's regime relinquished control of the city. The problems he faces as mayor are staggering, as city services and funding for the estimated 400,000 residents were nonexistent when the government was first established in late 2013. A decrepit infrastructure, water and food scarcity, massive unemployment, and a failing economy are just a few of the many problems Muáz and his administration are trying to tackle in the larger context of a country at war with itself.

Despite the hardships and challenges faced, Muáz stresses that "we want to show all people that we will work until the last drop of our blood."

In mid March he was injured during a suicide attack on his office complex by two ISIS militants that killed 10 people, including a pregnant woman. Muáz narrowly escaped the attack by jumping from his second-story office window, breaking his leg. 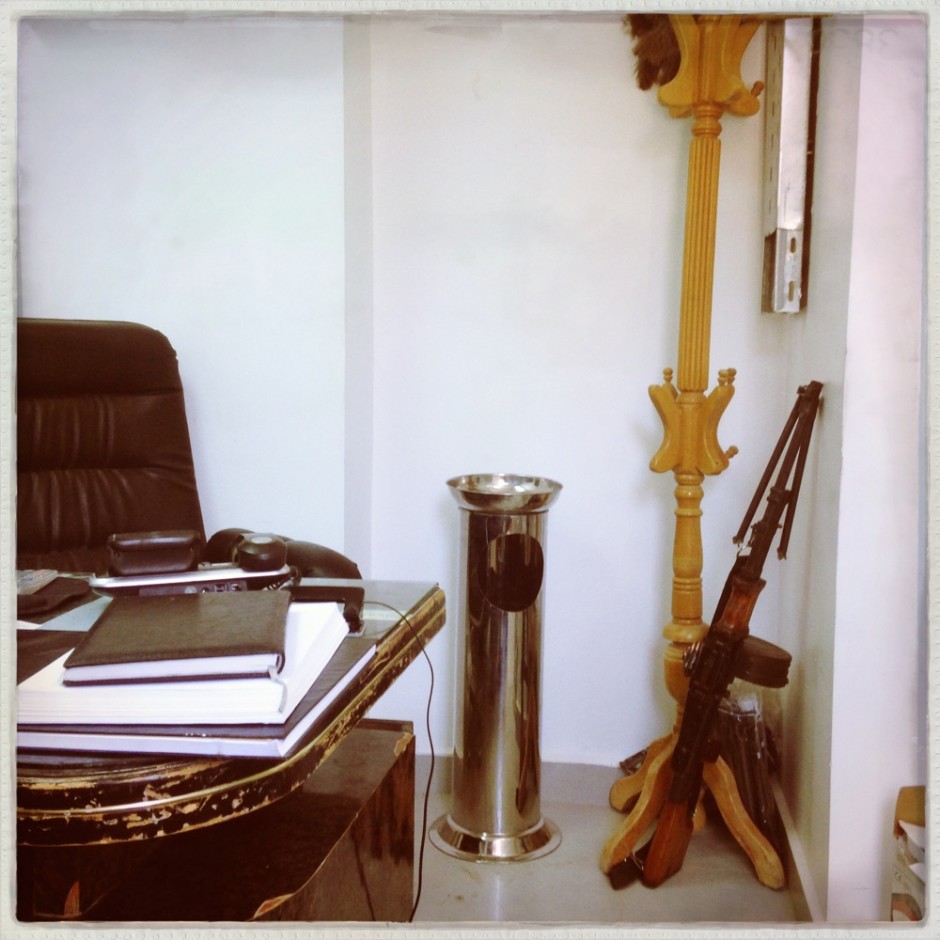 A weapon lies against a wall in a hospital office in downtown Kurdish-controlled Qamishli, Syria. 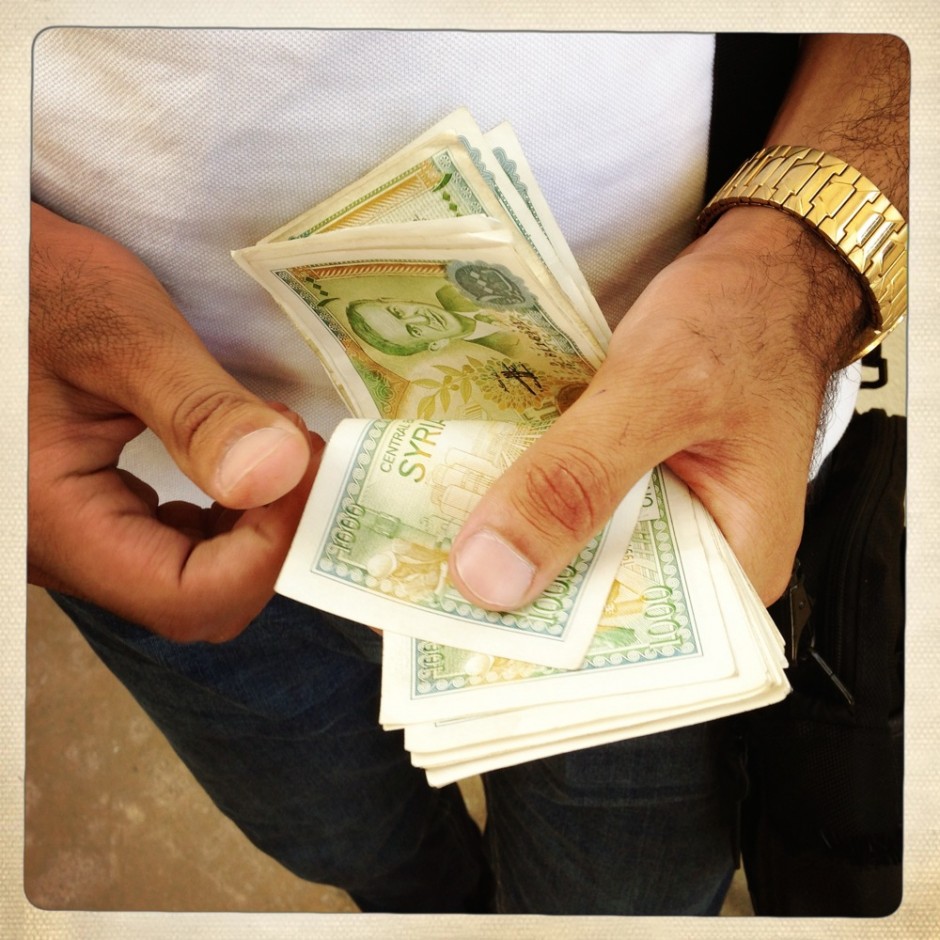 Masoud Mohammed counts money before heading out to buy supplies for his wedding party. 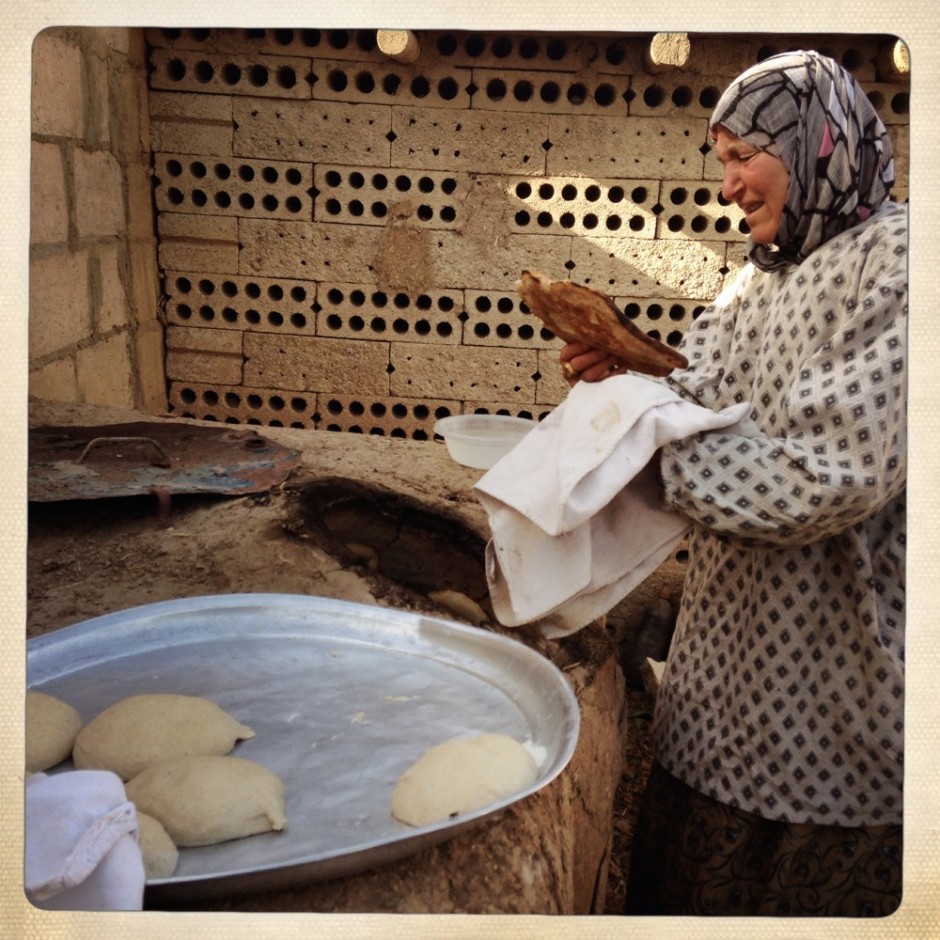 Mohammed Amin’s wife prepares traditional homemade bread made with ingredients grown in the community. This historically agricultural region is now isolated and without imported resources, rendering the people completely self-reliant for sustenance. Meat is a scarcity, reserved for special occasions. 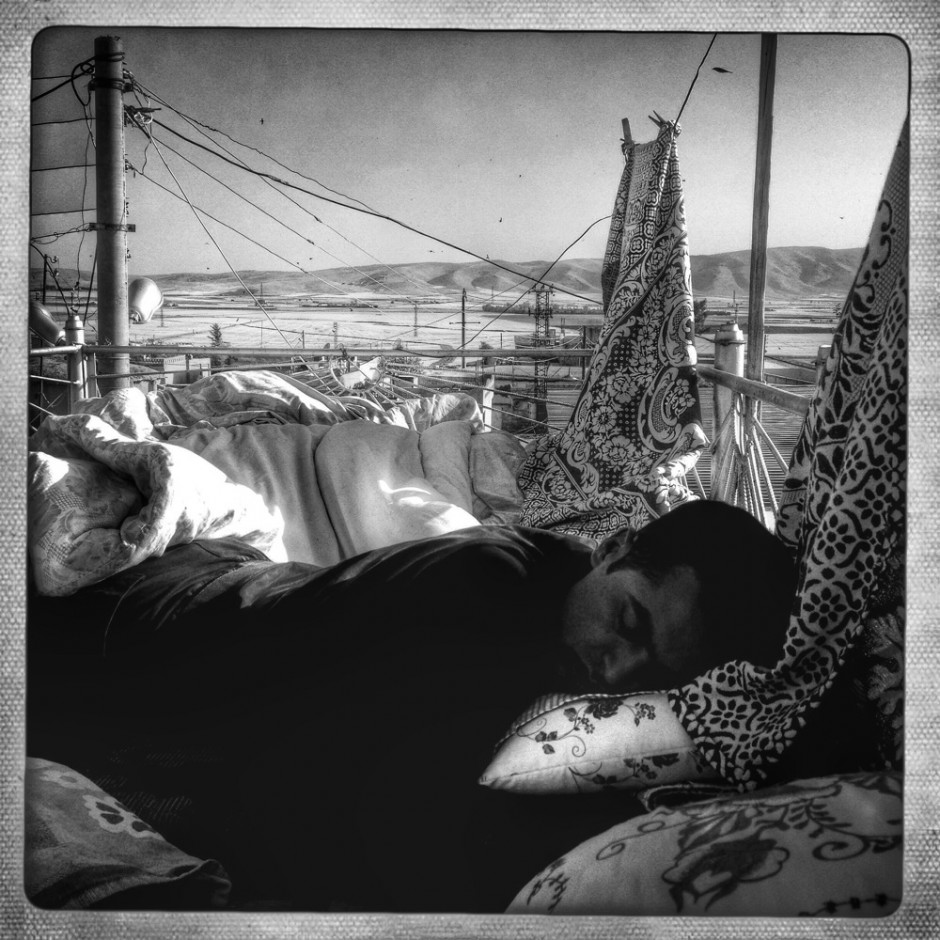 Masoud Mohammed sleeps on the roof of his parents’ house on the outskirts of Qamishli in early June. Frequent power outages and fuel shortages make sleeping inside at night during the warmer months uncomfortable. Many people instead opt to sleep on large bed frames elevated above the rooftops of their houses to enjoy the cool night air. 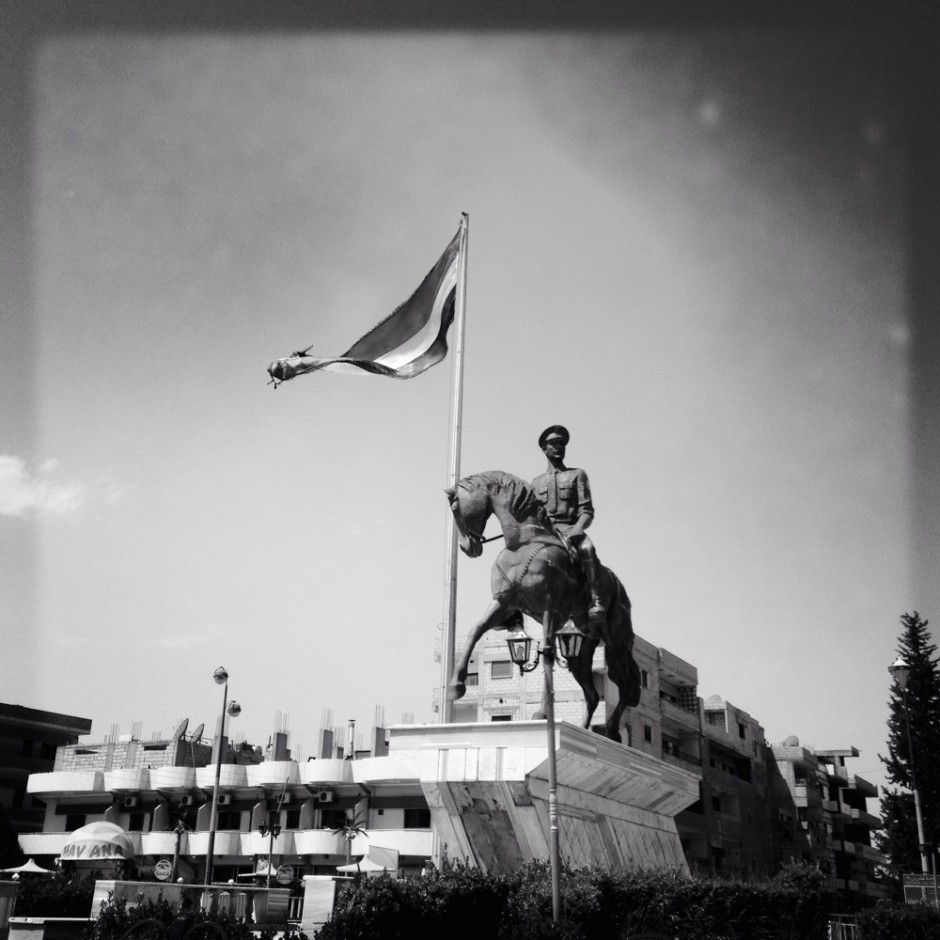 The Syrian United Arab Republic flag flies besides a statue of the late Bassel al-Assad in Qamishli, Syria. There's a strange balance of power in Qamishli and the surrounding region, with the Kurdish population now governing itself as Assad's regime relinquishes control. Regime statues and flags have remained posted in certain areas of the city but have been destroyed and replaced with Kurdish ones in others. 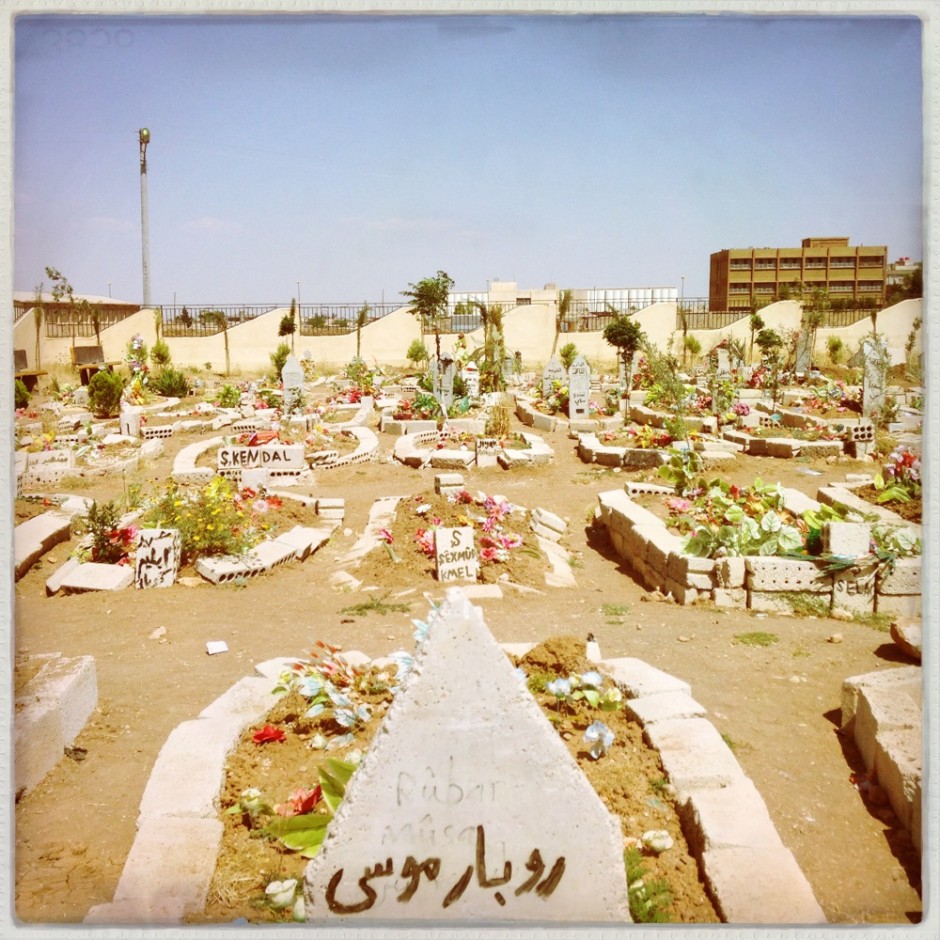 Graves for YPG fighters at the Graveyard for Martyrs in Kurdish-controlled Qamishli, Syria. 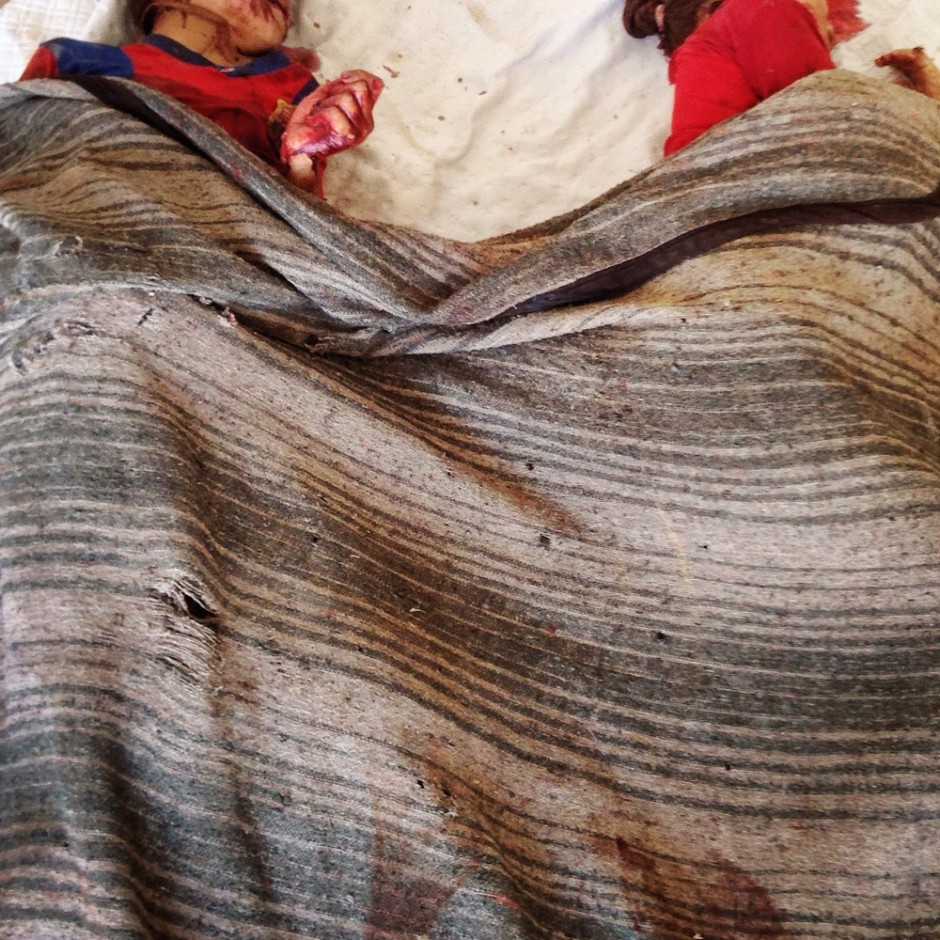 Two young children lie wrapped in a blanket. ISIS attacked this family while they slept during the early morning hours in the village of al-Taliliya. Despite the heightened security provided by the Asayish and the YPG, attacks inside Kurdish-controlled territory persist. ISIS is known for their frequent use of suicide blasts, car bombs, and brutal massacres. These tactics -- and their firsthand broadcast on social media -- are successfully striking fear and anger into the hearts of locals. 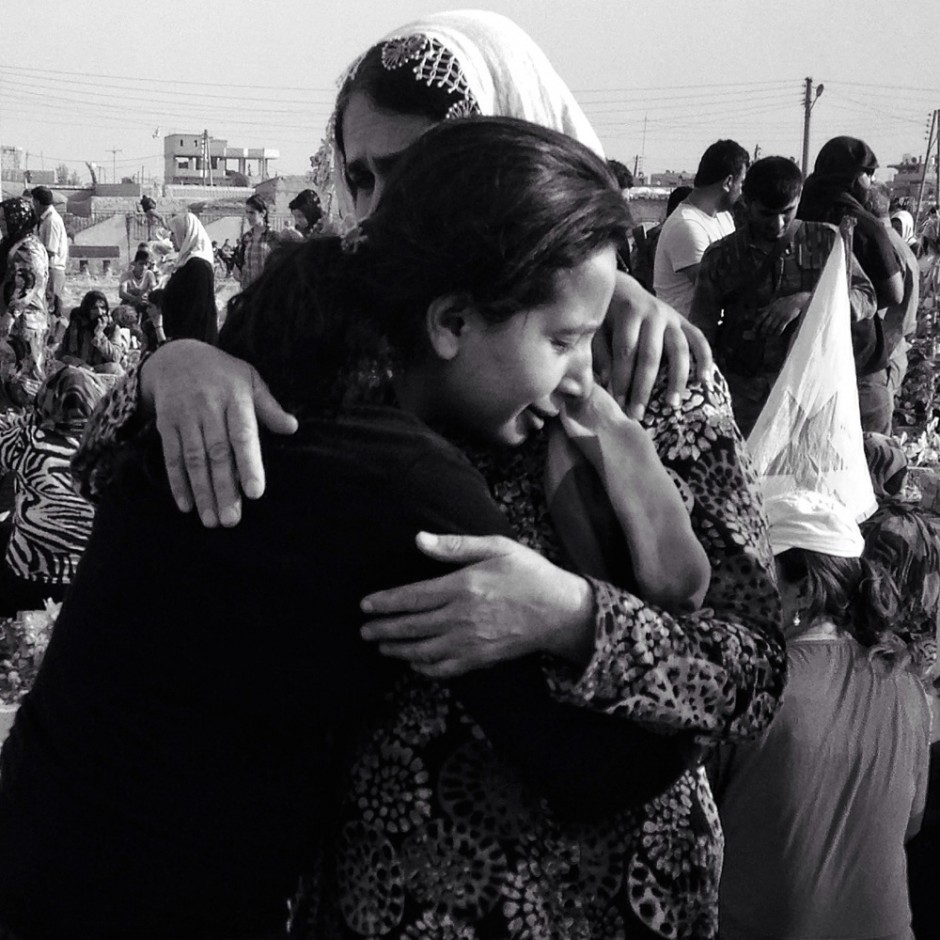 Women mourn during a funeral in Qamishli for six YPG fighters killed in clashes with ISIS in Ras al-Ayn, Syria. 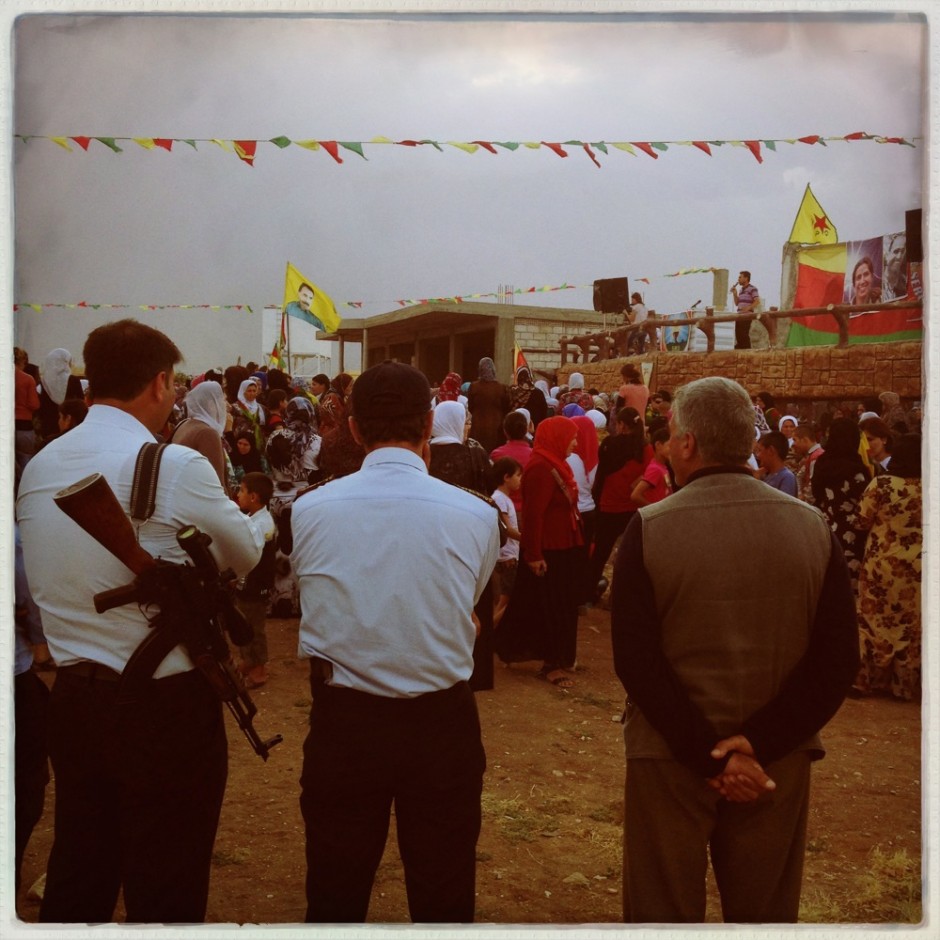 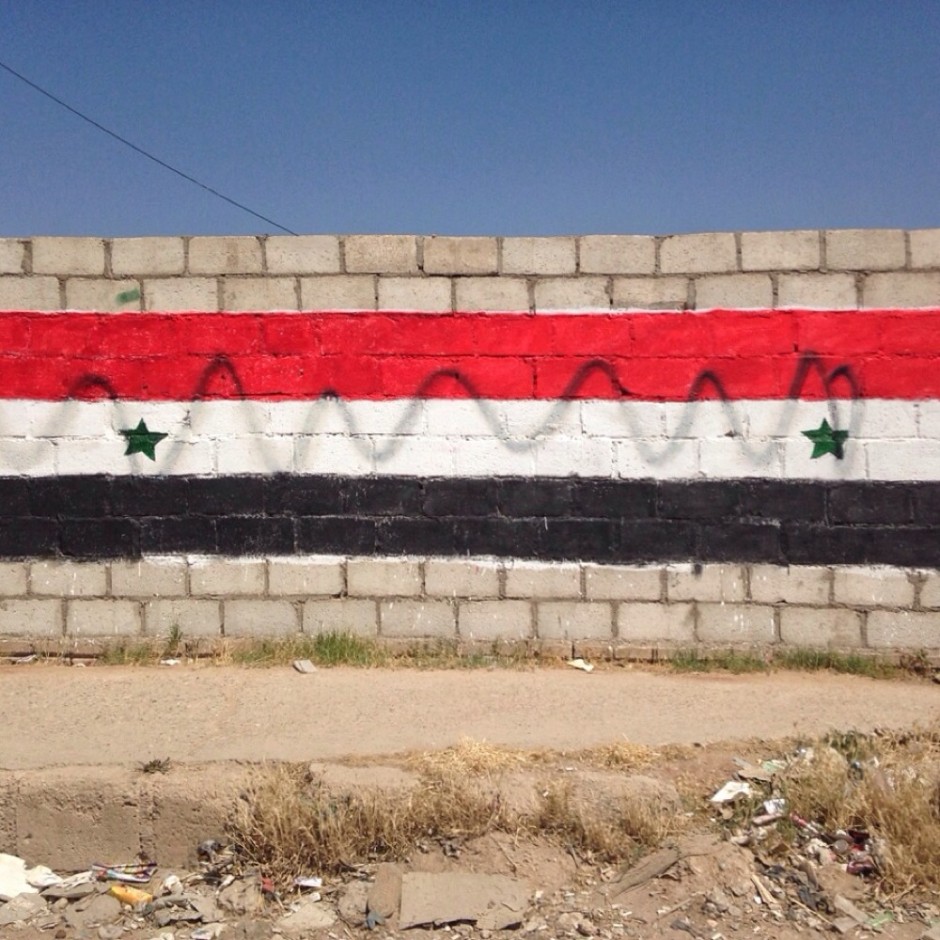 A slightly defaced painting of a Syrian state flag on a concrete wall in Kurdish-controlled Qamishli, Syria. Photo taken in late May. 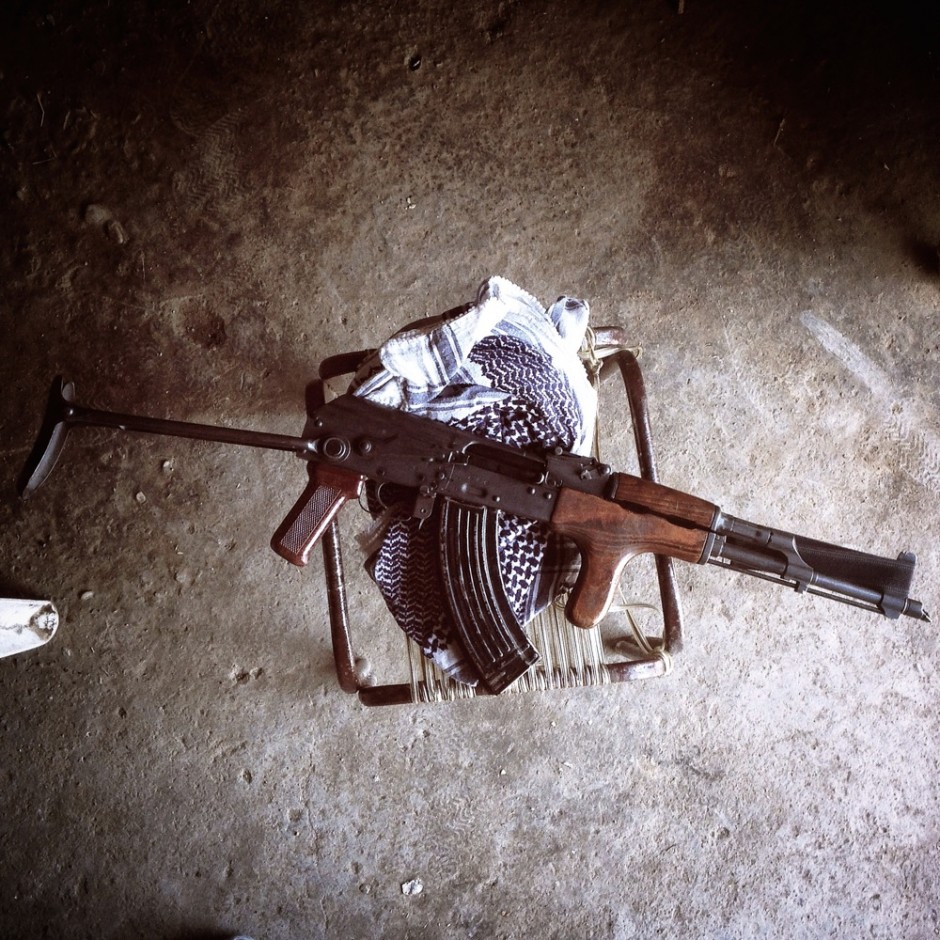 Kurdish YPG fighter's weapon rests on a chair at a frontline position in their battle against ISIS in Rojava, Syria. 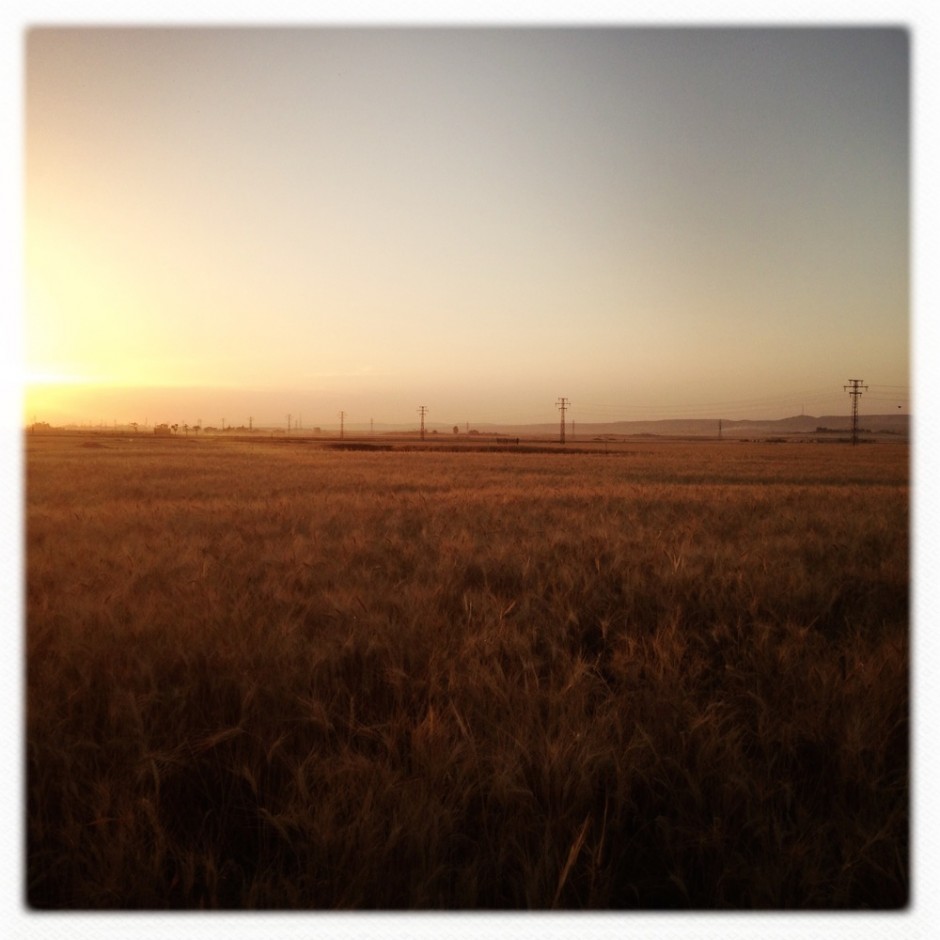 Tagged
News Syria Ambassadors
What did you think of this story?
Meh
Good
Awesome
✖
travelstoke
Download the mobile app
stoked by