1. The greatest snow on Earth

If it’s on a license plate, it’s got to be true, right? For years Utah has been claiming it has the best snow on Earth. Here’s the cliff notes reasons why: Utah’s snow density is 8.5 percent. This is a perfect balance of wetness and fluffiness (“It’s so fluffy I’m gonna die!”). Additionally, Utah gets on average 18 monster dumps a year and averages 551 inches of snow annually.

2. Being the Gayest City in America

Who would have thought? In 2012, Advocate.com named Salt Lake City the gayest city in America, citing an International Mr. Leather semifinalist, nude yoga classes, an LGBT bookstore, and Sundance Festival. Additionally, Utah has a fantastic Pride Parade where members of The Church of Jesus Christ of Latter-day Saints walk side by side their LGBT friends and family. 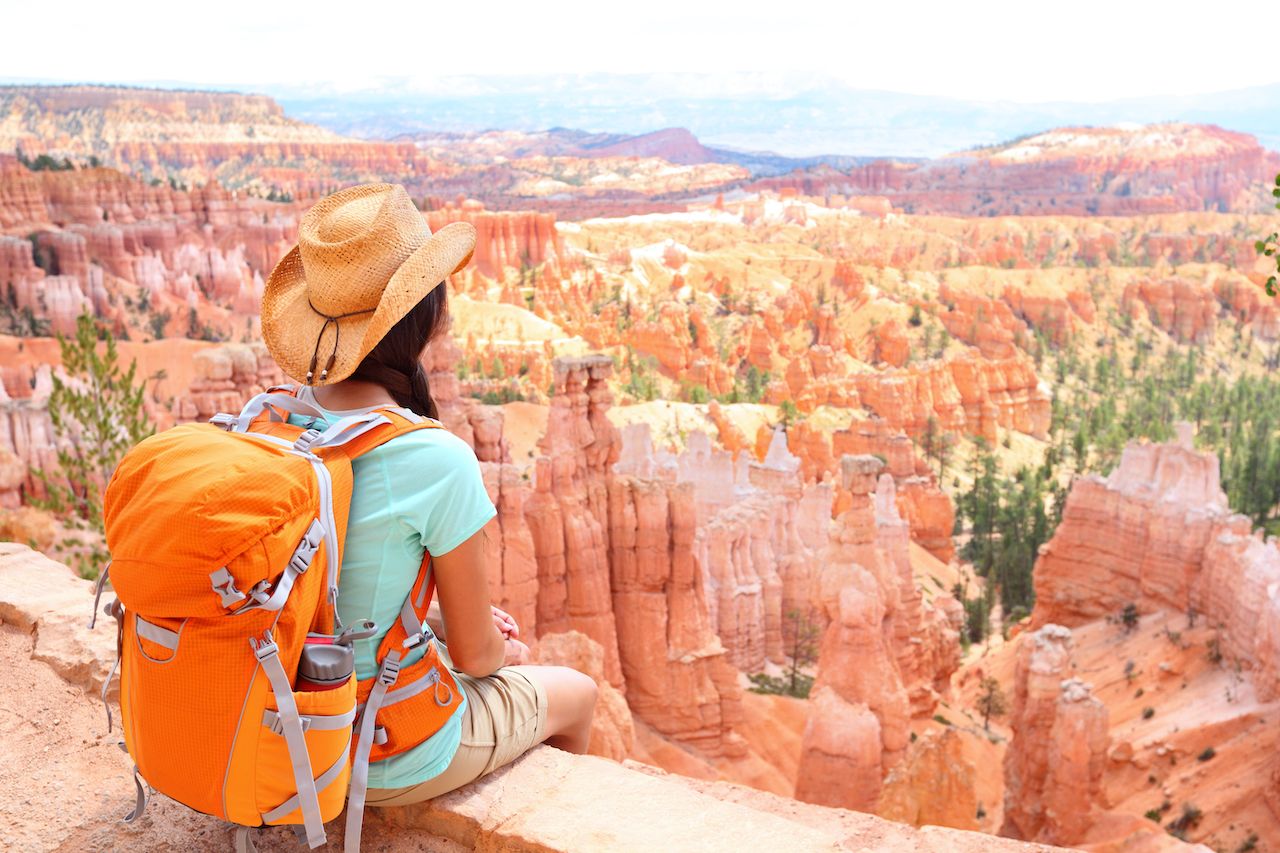 You have to have giant calves for this one. 700-plus miles of intense terrain and over 5,000 feet of elevation gain solidify Utah’s annual UCI-sanctioned professional cycling reputation as being one of the toughest. For seven days professional cyclists battle their wills and Utah’s terrain in a race historically only the strongest finish.

Utah has only one professional sports team that has managed to bring home a championship to the state. In 2009 Coach Jason Kreis led Real Salt Lake to a championship that pitted the Salt Lake team against the notorious LA Galaxy during the David Beckham era, which RSL won in a shootout.

Although the first Marriott hotel was built in Arlington, Virginia, J. Willard Marriott got his chops from farm life in Utah. After attending the University of Utah he saw opportunity in the east and the rest is history. He was the founder of what today is Marriott International. If you’ve stayed at a Marriott hotel and opened the bedside drawer you’ve found a Book of Mormon next to The Gideon Bible — a tradition tied to Marriott’s Mormon roots.

7. The Utah Jazz pick and roll

Other than “the push off,” Utah Jazz fans will always remember the words “Stockton to Malone” in the voice of Hot Rod Hundley. John Stockton is still recognized as the NBA’s all-time assist leader. How many of those assists were to Karl Malone? Hard to say, but the “Mailman” always delivered.

There are many type of travelers. Some happen to be armrest travelers. For those that can’t get enough of Anthony Bourdain or Andrew Zimmern, they have Philo T. Farnsworth to thank. Farnsworth, a Utah native, invented the predecessor of what would become the television. 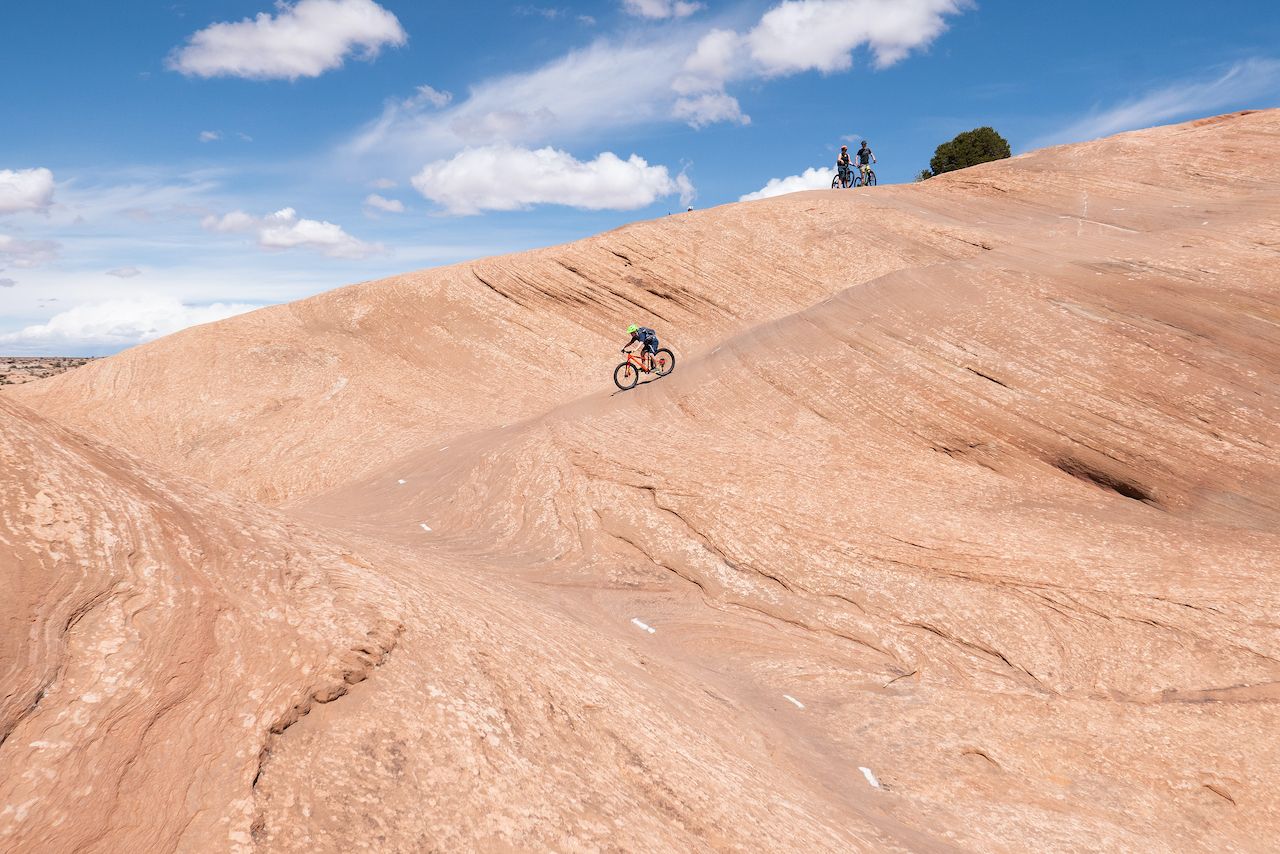 The Slickrock Trail in Moab, Utah has achieved worldwide fame. Mountain bikers come from all over the world to get a piece of the action. The reddish-orange Navajo Sandstone that makes up the trail is perfect for biking, as it grips the tires and offers technical rides.

The validity of the claim that fry sauce was invented in Utah has neither been proven true nor false. Either way, Utahans sure do like to consume it. And it’s not just for fries. We’ll put it on anything from hamburgers to corndogs to onion rings.

If you travel in the US you’re bound to run into one of these. The first electric traffic light was developed by a Salt Lake City police officer. Anarchists and anyone who has ever gotten a ticket for running a red light assuredly now hate Salt Lake City if they didn’t already. But alas, a little orderly control helps the world go round.

Maybe it was the greatest snow on Earth that convinced the International Olympic Committee that Salt Lake City would make a great host city. Regardless of the reason, the XIX Olympic Winter Games brought many changes to the Salt Lake region. Utah was able to use the winning bid to host the games as a catalyst to obtain funding to enhance the region’s infrastructure. A new wider highway and a light rail system were two of the best things to come out of the project. Utah’s stringent alcohol laws even loosened up a tiny bit in preparation for the world’s visit. Mitt Romney won the hearts of many by taking over as CEO of the Salt Lake Organizing Committee after scandal plagued the previous heads. Furthermore, the games brought healing to a nation that was still reeling from the effects of September 11th. 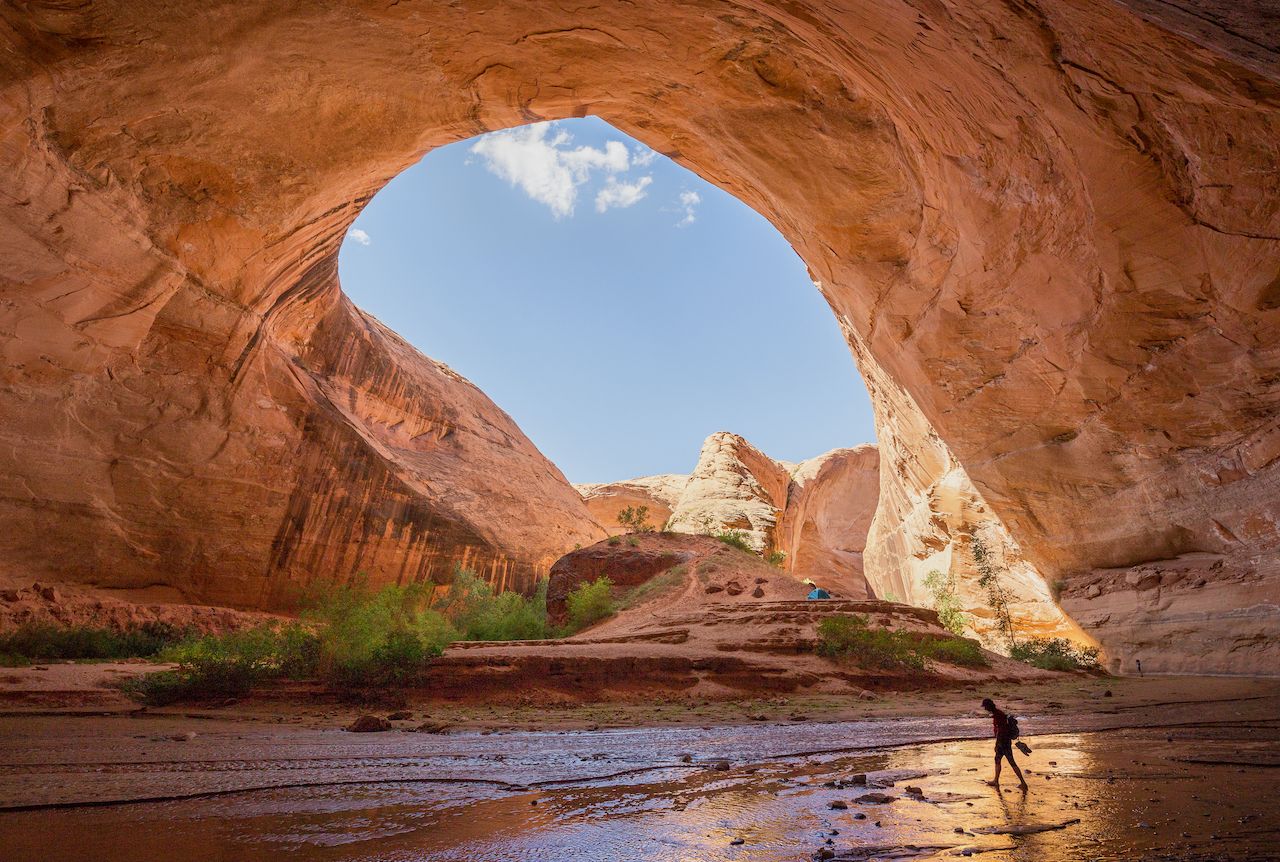 Annually, independent film actors, producers, directors, and enthusiasts convene to Park City, Utah in the dead of winter to watch and talk about movies. Robert Redford’s Sundance Institute plays host to the event.

Contrary to common belief, Utah has good beer. Four brewers make the bulk of Utah’s fantastic brew. Wasatch has been brewing since 1986. Squatters shortly followed suit in 1989. Uinta has been around since 1993. Epic is the unabashed rookie, brewing exclusively high-alcohol beer since 2008.

Everybody has heard of Butch Cassidy. Most people, however, don’t know that he was born as Robert Leroy Parker to Mormon parents in Beaver, Utah. His family later moved to Circleville where his boyhood home still stands. The town even has a museum named after the west’s most notorious criminal. Robert Redford and Paul Newman immortalized the criminal and his partner in 1969’s Butch Cassidy and the Sundance Kid.

If you’re into action sports, you’ve probably heard of Skullcandy. They’ve catered to snowboarders, skiiers, and skateboarders since 2003. Based out of Park City, Utah the company makes headphones and audio accessories. Skullcandy started making quality headphones for the general public years before Beats by Dre came into the game.

“A little bit country, a little bit rock and roll” might come to mind when you think of Donny and Marie Osmond. Although Donny and Marie may be the most famous, brothers Alan, Wayne, Merrill, Jay, and Jimmy all achieved successful music careers.

The first KFC franchise opened in South Salt Lake around 1952. Colonel Sanders initially franchised his chicken recipe to Pete Harman. Kentucky Fried Chicken was painted on the sign and the “finger lickin’ good” chain expanded from there.

The creators of Napoleon Dynamite, Jared and Jerusha Hess, attended Brigham Young University’s film school, where they met and worked on the cult hit.

If you don’t appreciate the music of The Osmonds, maybe you prefer the sound of Bert McCracken and company. The rock band (post-hardcore, if you prefer) hail from Orem, Utah. The Used tend to yell and sing angrily a lot more than The Osmonds…

Any discussion about the NFL’s greatest quarterbacks will include the name Steve Young. Born in Salt Lake City, Steve Young was a relative of Mormon prophet Brigham Young. Appropriately, he played college ball at Brigham Young University. Young ended up with the 49ers as backup to arguably the best quarterback of all time, Joe Montana. Young took over after Montana missed a season due to injury. Number 8 went on to lead the San Francisco 49ers to a Super Bowl victory in 1995.

Don’t get confused. Utah’s Apple Beer is alcohol-free, caffeine-free, and gluten-free. If you haven’t tried the soda, go get your hands on one. It has won several awards, including a silver medal from the North American Brewers Association. Who knew?

Alcohol in Utah has a sad reputation. To this day people are under in the misconception that Utah is a dry state. Jon Huntsman Jr., Utah’s all-time best governor, sought to change that perception by reforming Utah’s alcohol laws. By 2009, Utah ceased requiring bars and clubs to charge a membership fee. Huntsman’s reforms sought to increase Utah’s tourism industry. Huntsman was later tapped by the Obama administration to serve as the ambassador to China, leaving the state in far less capable hands ever since.

26. The 7 Habits of Highly Effective People

The self-help phenomenon was written by Utah businessman Stephen R. Covey. Time magazine named it as one of “The 25 most Influential Business Management Books.” The best takeaway is the “abundance mentality” which states that there is enough success available for everyone. 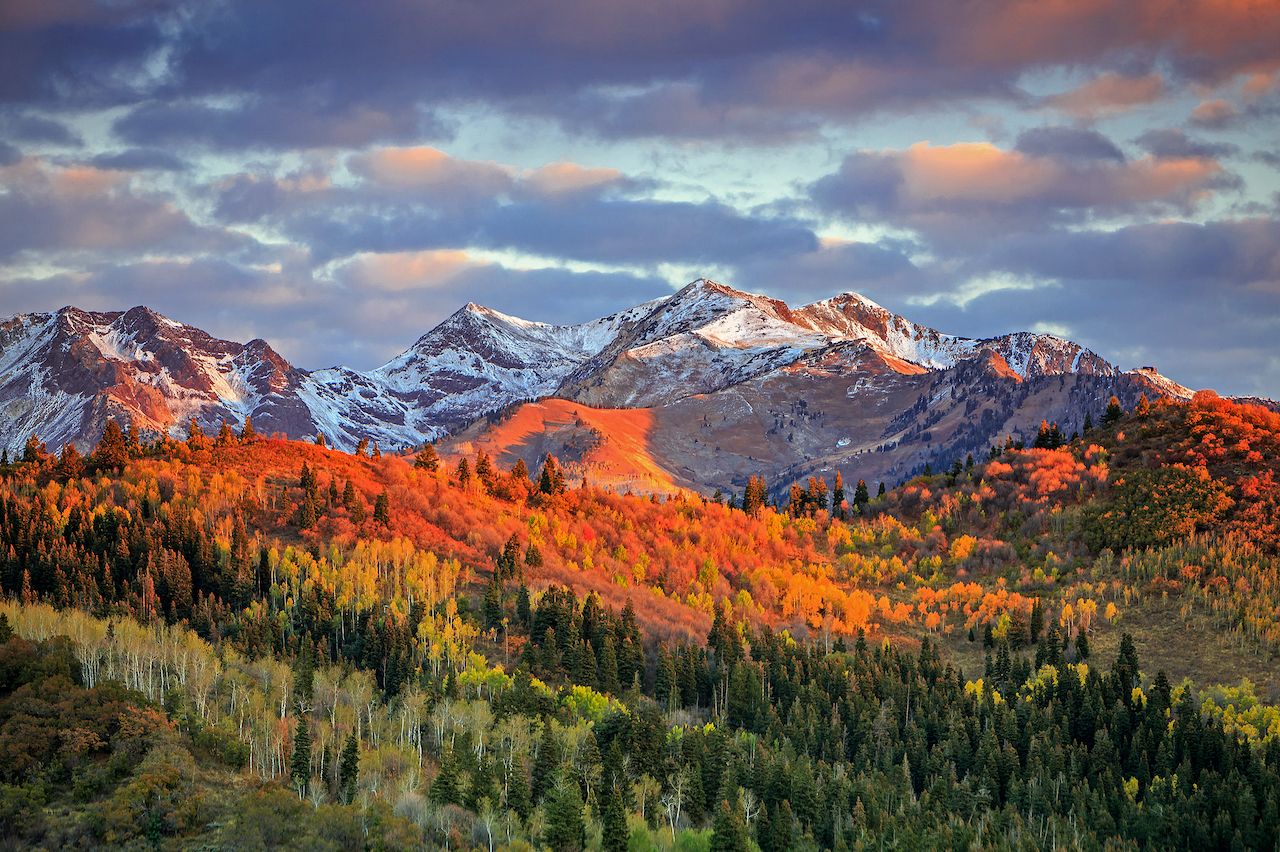 These impressive mountain ranges cover much of northern Utah. Most of the land falls under the Uinta-Wasatch-Cache National Forest or Ashley National Forest distinction. The Uinta Mountains are a subrange of the Rocky Mountains and are highest east to west running range in the United States. The mountain ranges of northern Utah provide ample opportunity for hiking, camping, backpacking, fishing, ATVing, and biking.

28. The founders of Atari, Chuck E. Cheese’s, and Adobe Systems

Nolan Bushnell (Atari and Chuck E. Cheese’s) and John Warnock (Adobe) were both educated at the University of Utah. If you’ve ever looked at travel photography or travel blogs, it’s likely that an Adobe product was used somewhere along the way. As for Atari and Chuck E. Cheese’s, those are mostly nostalgic. Another Utah alumni and computer scientist currently heads Pixar, Ed Catmull.

Nearly 137 years ago, John Browning began designing firearms in northern Utah. He revolutionized the world of firearms, for better or worse. Today his designs are still used in a variety of firearms. Utah is so proud of their gun culture they named the Browning model M1911 automatic pistol as the official state firearm in 2011. Some may consider this to be a horrible thing Utah has produced, but the most horrible thing to come out of Utah is…

And one awful thing Utah is known for:

There is a downside of being surrounded on all sides by mountains. In the valleys, pollution is trapped in along with cold air by the mountains and a warm air “lid.” Residents breathe in bad air until the valley is rescued by a storm front. It’s not pretty to look at and it’s not healthy to breathe. The state is constantly researching solutions to the problem.

Tagged
Student Work Utah, United States
What did you think of this story?
Meh
Good
Awesome