“Clear on the right,” I added, attempting to mimic the clipped professional tone all pilots seem to have. With that, the helicopter gently lifted off the ground, one corner at a time. With the last skid freed from the ground, the helicopter was suspended in a brief moment of weightlessness before accelerating upwards into the sky. At that moment, Haiti’s first emergency medical system helicopter, a project we’d been working on for over 12 months, roared to life.

Airplanes approach Port-au-Prince airport from over the ocean in the west, rapidly dropping down from 10,000ft. The shantytown of Cite Soleil is visible for a brief moment before the runway comes into view. In the helicopter, hovering only 500ft above the tin-roofed hovels, the density of poverty is on display. Helicopters fly at the lowest possible altitude, regularly traveling at heights shorter than a skyscraper.

Enclosed by mountains to the north and south, the valley of Port-au-Prince is smothered in smog. Convective currents swirl over the mountains and suck air off the ocean, creating turbulence for any aircraft above the city. As the helicopter rises up, the currents ripple through the thin metal walls, the light craft moving as if weightless, a Fiat 500 with a propeller. As we climb higher above the city, the teeming chaos of Port-au-Prince appears serene, in slow motion. The cars chug around traffic circles in a ballet of coordination that belies the street-level disorder.

On my first training flight, we arrived safely in Aquin, a town on the southern coast of Haiti with promise to be a potential hotbed of tourism. With the support of a group of Haitian-diaspora doctors, the hospital has developed one of Haiti’s few intensive care units. After a day spent meeting the staff and visiting the facility, we enrolled our first partner hospital, a place to transfer patients to or from.

American cities typically have several helicopter emergency medical service programs. Haiti, a country of more than 10 million people, now has one base sporting two helicopters. Haiti Air Ambulance offers patients, regardless of their ability to pay, the opportunity for transfer from any hospital to another that provides higher-order medical services, typically in the larger cities. A farmer from the most remote region of Haiti can now be transported to top orthopedic surgeons if an accident occurs at work. A child with severe asthma no longer has to die in a remote hospital but can be placed on a breathing machine and flown to one of the hospitals with an intensive care unit. For the moment, the helicopter can only be used to transport patients already at a hospital. However, we hope that in the near future mass-casualty events such as bus accidents on the highways of Haiti will be serviced by the helicopter.

The small helicopters fit a maximum of six people, depending on passenger weight. Our flight team typically consists of a flight medic, an ICU-trained nurse, a Haitian EMT, and the pilot. The patient lies on a stretcher with their feet stretching into the cockpit. The patient’s head is situated in front of the paramedic so medical procedures can be more easily administered in-flight. The EMTs were trained by Project Medishare to perform first aid and CPR and to suture wounds. While most paramedics learn first while working on a ground ambulance, the EMTs here are making the jump to flight paramedics. They’re learning how to place breathing tubes in patients’ throats, use general anesthesia, place tubes in the chest to drain blood, and care for the critically ill. As the Haitian face of the organization, when each flight lands at the transfer site, they’re responsible for communicating with the patients and their families.

Haiti Air Ambulance is expanding to include more partner hospitals every week, each agreeing to accept patients and to transfer them out. Through a national network of hospitals, the helicopter will help to balance capacity nationwide, transferring patients to hospitals that have specialists for those in need, and freeing up beds at specialty hospitals by transferring patients back to their provincial hospital when the acute issues are resolved. 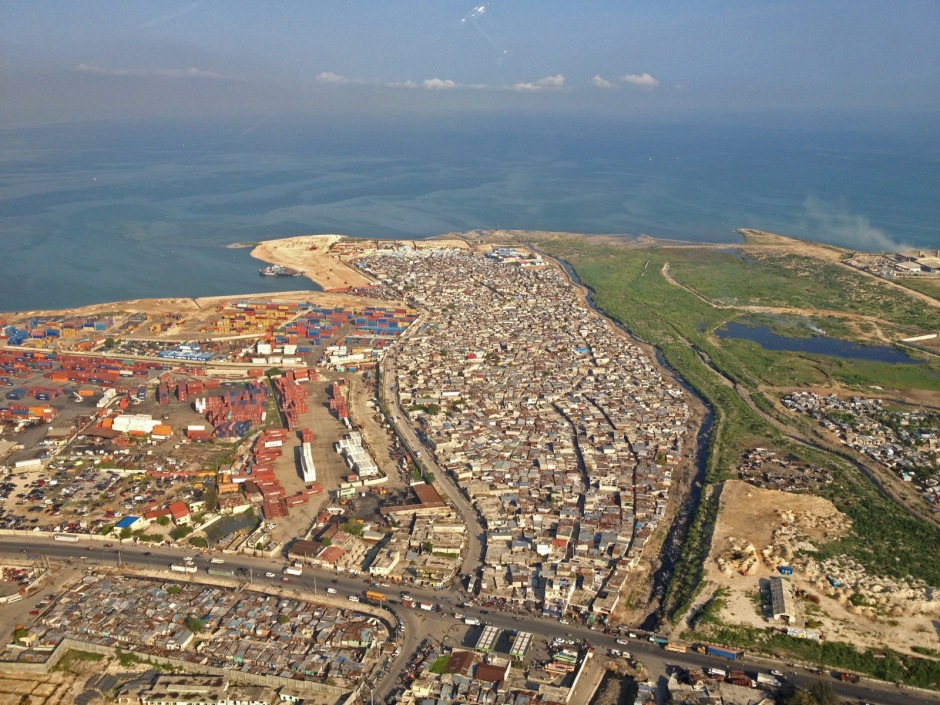 Dissenters may argue a helicopter is an excessive cost. But in a country where trauma is the leading cause of morbidity and mortality in the population ages 15 to 44, and heart disease and strokes kill larger numbers of older Haitians than any other illness, the basic principles of public health dictate that resources should be allocated to the problems that affect the largest number of people. The bonuses are twofold — saving the lives of the economically most productive portion of the population, and also investing in medical infrastructure to encourage tourism and spur investment in businesses in Haiti.

The question is not, “Should Haiti have an emergency medical helicopter?” but, “Why doesn’t Haiti, and every country for that matter, deserve the same standard of care as wealthier countries?”

When the project is successful in Haiti, proving the model is financially sustainable through a mix of paying and non-paying patients, the idea can take flight in other resource-poor settings. Imagine the utility of a medical helicopter in a country the size of Sudan or Ethiopia, where poorly established roads that span long distances can be washed away in a rainstorm, leaving countless sick and injured trapped.

The helicopter is only a small piece in a coordinated effort to establish pre-hospital care in Haiti. Working with the Haitian Ministry of Health and other nonprofit partners, the consortium is training doctors and nurses in acute care, building up an army of EMTs and challenging everyone to outfit the partner hospitals with basic supplies such as oxygen tanks and ambulances.

We’ve officially launched and started transferring patients. As we fly more missions, the periods of silence will decrease and the whir of the blades firing up for a flight will drown out the sounds of the city.

Tagged
Wellness Haiti Ambassadors
What did you think of this story?
Meh
Good
Awesome
✖
travelstoke
Download the mobile app
stoked by