In 1984, the very first Winter Olympics taking place in a communist state was held in the unique and remarkable city of Sarajevo — then a thriving metropolis in the now-defunct host nation Yugoslavia, now the modern capital city of Bosnia and Herzegovina. In 2014 — 30 years after the Sarajevo Winter Olympics — the seaside Russian city of Sochi also held the attention of television viewers, in the way only a former communist nation in a world entranced by Western media can, as it played host to the XXII Olympic Winter Games. 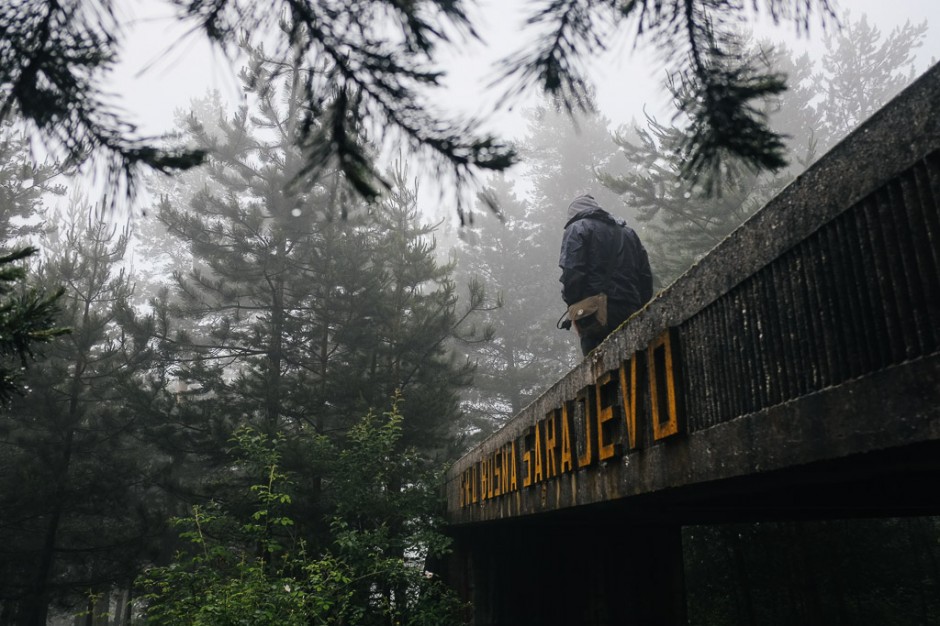 Yugoslavia doesn’t exist anymore, except in the minds of Yugo-stalgic lovers of all things Tito. Bosnia and Herzegovina is a democracy. Russia has given communism the flick, moving toward a decidedly more corporatocracy. And the cities of Sochi and Sarajevo share something else in common — an abandoned Winter Olympic site. As Sochi begins its inevitable decay, perhaps the abandoned Winter Olympic bobsled track high on Mount Trebević above Sarajevo will be an eerily accurate bellwether for Sochi’s Imeritinsky Beach. 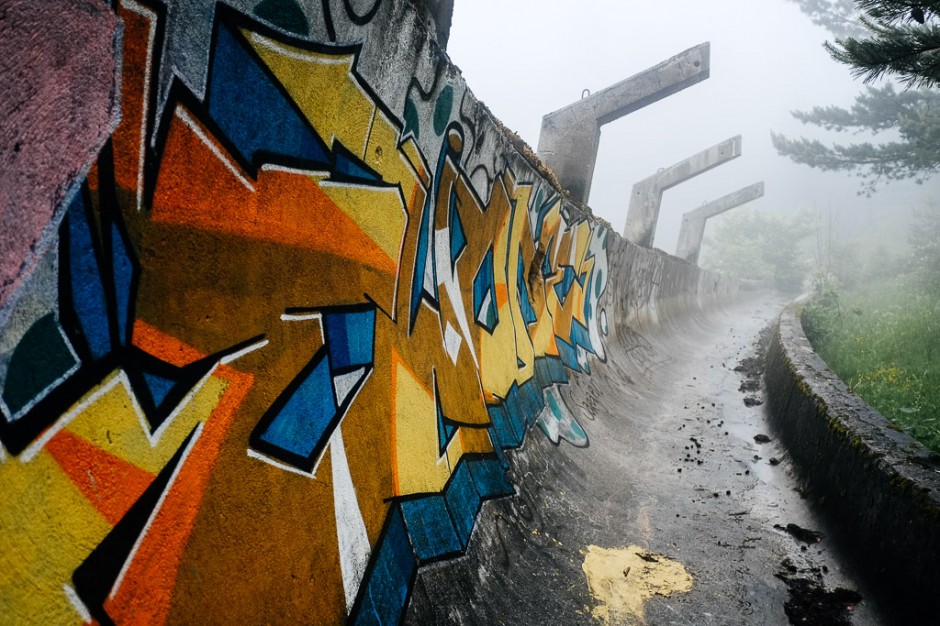 At the time, a record 49 nations participated in the 1984 Winter Olympics. Tens of thousands of spectators covering Mount Trebević cheered on the brave Sarajevo bobsled and luge competitors, as they raced down the 1.3km track at speeds of over 100 km/h, in snowy, blustery conditions. For several years after the Olympics, the Sarajevo bobsled track was used for world cup competitions. And then came the rub. When 1991 rolled around, the ugly and complex Yugoslav wars commenced, and the Olympic bobsled location was utilised by military forces as an artillery position. 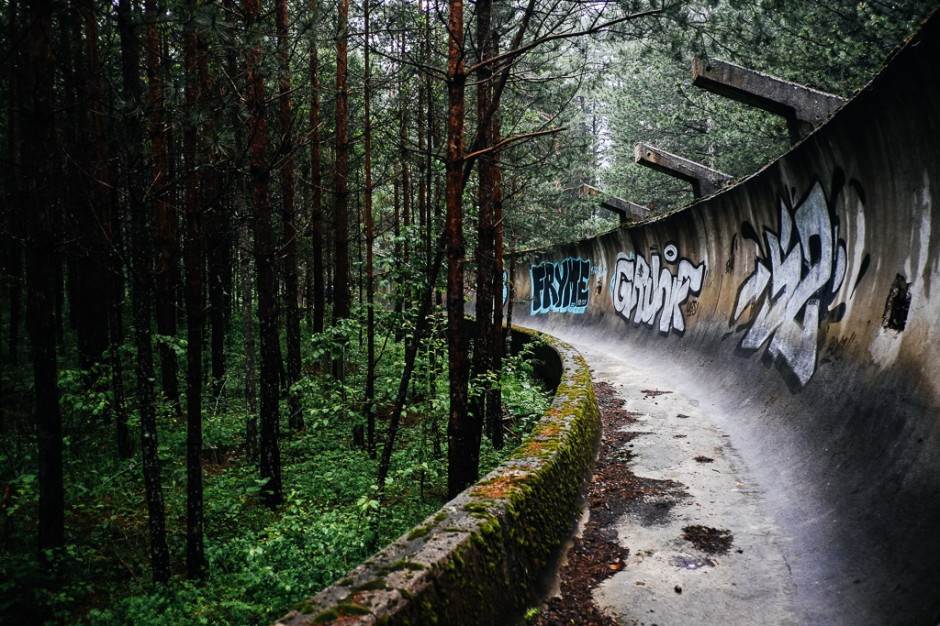 By 1992, just eight years after the very peaceful Winter Olympics, the city of Sarajevo became victim of the longest military siege in modern history. Sarajevo was cut off from the world and relentlessly bombarded by forces who had now overtaken the hills surrounding the city. Residents had little chance of escape, as over 5,000 civilians were killed by rockets and mortars from above and snipers within the downtown streets of Sarajevo. The Olympic fields became killing fields, and television viewers around the world were again focused on Sarajevo. This time, bobsleds and figure skating had been replaced by the uneasy voyeurism of death and destruction, televised to audiences around the world, remote control in hand. 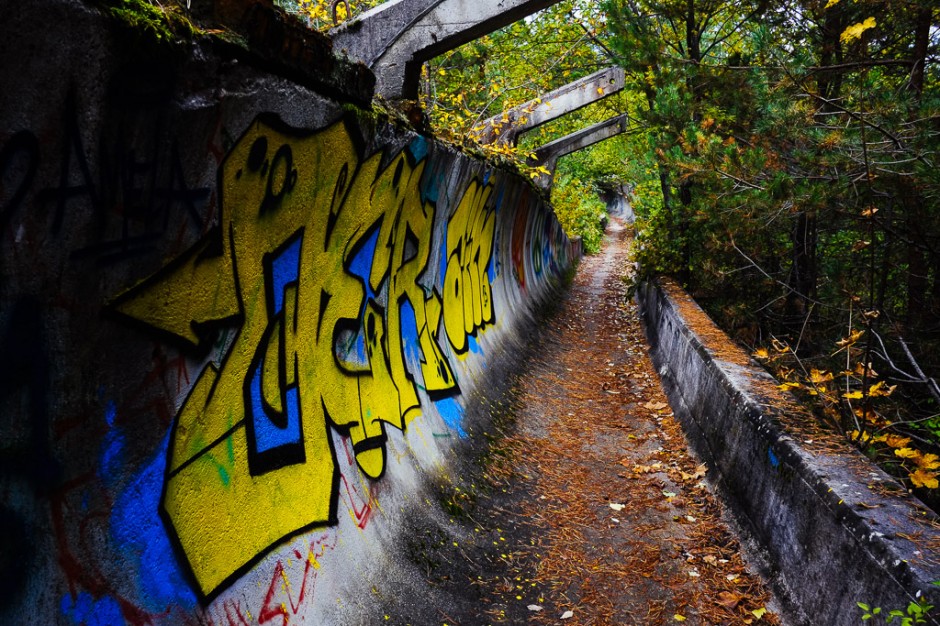 Understandably, for those in Sarajevo, preservation of the Olympic bobsled track took a backseat to things like water, food, medicine, and survival during an unimaginable period of bloodshed. By September 1993, the Sarajevo Winter Olympiad had become a surreal memory from another time and place, and it was estimated that virtually every building in Sarajevo had suffered some degree of damage. During the siege, 35,000 buildings were completely destroyed, in a city of around half a million inhabitants. On one day in July 1993, almost 4,000 shells blitzed the city, all part of a nausea-inducing average of 329 shell impacts for every day of the 1,425-day urbicide. 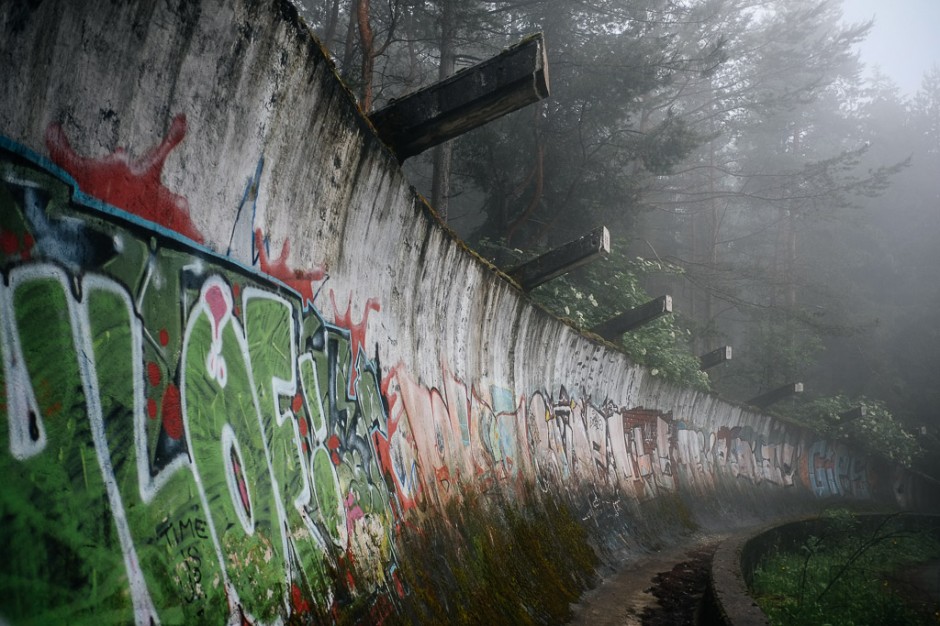 Today, the Mount Trebević Olympic site is totally abandoned. The vegetation has recovered and is threatening to finally take over the graffiti-strewn and war-damaged concrete bobsled course. Seeing the track gracefully snake its way through hauntingly scenic forest is a sight unlike any other. Now, decaying restaurant buildings only serve up perfect views of the picturesque city below, and the last remaining spectators are the occasional intrepid tourists carefully eyed by roaming packs of stray dogs. This was my third visit to the bobsled track, and each time the weather and season has provided a different experience. It’s otherworldly, serene, mysterious, and has now become strangely familiar. 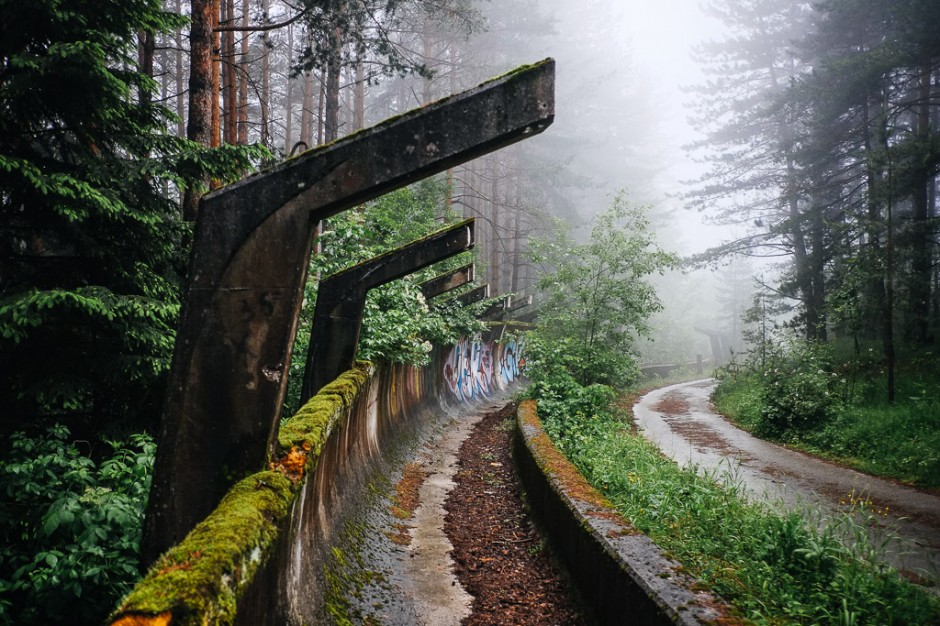 Comparisons with Sochi are inevitable. Olympic sites around the world, both summer and winter, have a habit of becoming disused not long after the last IOC member has collected his bribe and moved on to greener pastures. However, Sarajevo could have been different. After the 1984 Winter Olympics, the Sarajevo bobsled and luge site remained popular and fully operational. Certainly, if it hadn’t been for years of war that left Sarajevo living under a storm of heavy artillery, the track and Mount Trebević would look very different today. Sadly, the Sarajevo siege upstaged the 16th Winter Olympics. Sarajevo’s fate was not to be remembered as an Olympic city, but as the owner of an unenviable set of 20th-century bookends — the location for the commencement of World War I and a siege without parallel in modern history.

Still, war or no war, my money is on Sochi looking exactly like Mount Trebević by 2024. If not sooner.

This post originally appeared at Yomadic and is republished here with permission.

Tagged
Sarajevo, Bosnia and Herzegovina
What did you think of this story?
Meh
Good
Awesome