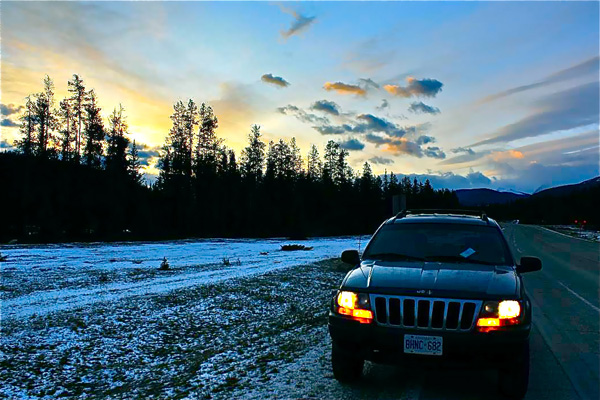 Eva Holland crunches the numbers on a cross-Canada drive from Eastern Ontario to the capital city of the Yukon Territory.

Provinces and territories passed through: 6

Power Bars choked down while driving in lieu of a lunch stop: 3

Cups of Mr. Noodles prepared in gas station microwaves and consumed while idling in the station parking lot: 1

Strangers at gas stations who spotted my Ontario plates and told me I was “a long way from home”: 3

Days in which that sort of exchange was my most substantial conversation with another human being: 4

Gas station restrooms with sketchy malfunctioning locks that resulted in a trucker walking in on me: 1

Motel rooms rented (not at The Beaver Motel): 4

Friends and relations imposed on for couches, hide-a-beds and spare rooms en route: 3

Number of minutes spent waiting in line to see “The Twilight Saga: New Moon” in a mining town in northern British Columbia: 30

Number of times I was served by an Australian on a WHV at a coffee shop/restaurant/hostel in the Rockies: 5 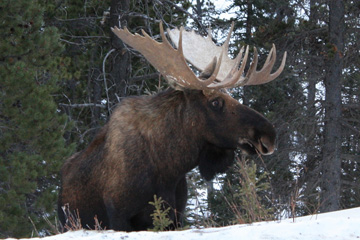 Number of times I topped up my wiper fluid: 4

Number of times I cleaned caked-on mud off my headlight covers: 3

Number of times I forgot to clean my headlight covers and drove blind through the darkness for an hour, following the tail lights of the car ahead of me and hoping for the best: 1

Days I spent dreaming about my next trans-Canada trip: Days 1 through 9

Days I spent vowing never to do another trans-Canada trip, and questioning why I ever wanted to do the first one: Days 10, 11

Days I spent dreaming about my next trans-Canada trip all over again: Day 12

Who doesn’t like a good road trip? If the open road is calling you check out 6 Rules of the American Roadtrip & The Great Matador Roadtrip: Vancouver to San Francisco

Tagged
Narrative Canada
What did you think of this story?
Meh
Good
Awesome