There are no signs in Mexico, at least none that aren’t out of date or unintentionally funny. My personal favorite was the sign on Chacala beach that said no mascots were allowed. (Mascota is the word for pet in Spanish.) 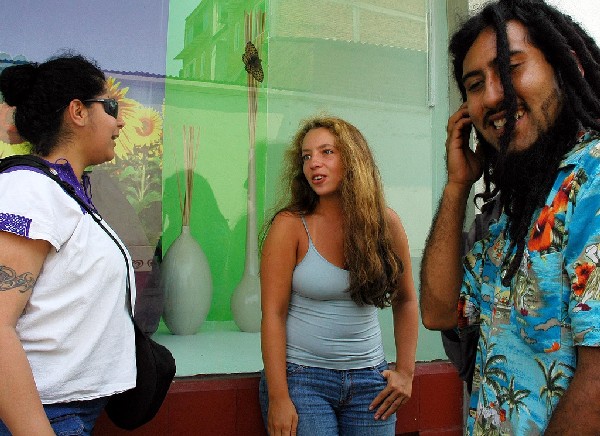 It isn’t easy for someone like me to get accustomed to a place where you can’t find the information you need in writing. I’ve been known to read software manuals cover to cover. When I want to know something, I go on the internet or buy a book. I expect pamphlets, signs, and lots of fine print.

It isn’t like that in Mexico. Lupe, the woman who took care of Casa de Tortuga, explained to me, “él que tiene boca, llega a Roma.” Literally, it means he who has a mouth arrives in Rome. In other words, you gotta ask somebody.

Arriving at the Puerto Vallarta airport, dozens of cabbies descended on us asking where we wanted to go. There were no posted signs, no zone maps, no printed list of cab regulations handed out to tourists. Just, you gotta ask somebody. 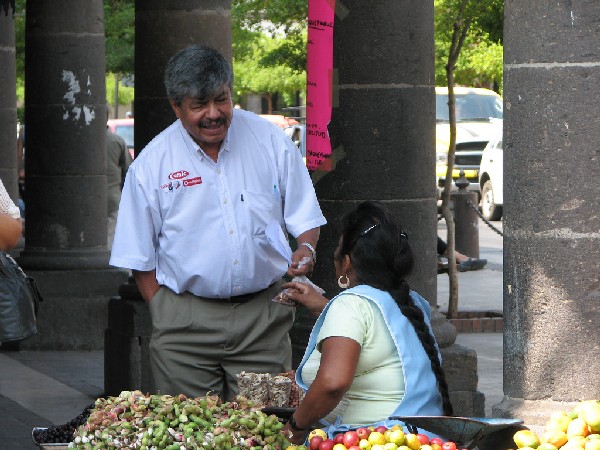 I even caved and took a tour, mostly because I didn’t want to have to drive to Tequila, Mexico (for obvious reasons). Instead of having my nose in a guidebook for the day, I met some really cool people.

The tour guide and I talked about everything from Orozco murals to how I was going to be the first gringa strawberry picker in Irapuato, Mexico. It was a blast. Contrast that with “tours” in U.S. museums these days. Each of us walks around with our own personal headphones. We move together, but we have no human interaction at all.

I began to realize how much our entire lives are designed to avoid talking to people. Our tours are recorded. Our phones are answered by machines. Our political discussions happen through computers. And I wonder why I’m socially retarded. 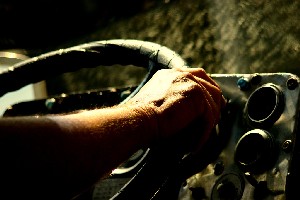 By the time I got to Mexico City, I was a new woman. I was talking to everyone. I knew how much cab drivers paid for their gas. I knew how many times the bus driver had tried to get a visa to visit family in the U.S. I knew how much it cost him each time he was refused. I knew so much and none of it required reading.

My hotel in Mexico City was run by American Friends Service Committee volunteers. Most of them were from the United States.

One afternoon I asked the girl at the front desk how to get somewhere.

Without looking up from what she was doing, she pointed at the bookshelf across the room and said, “I usually look it up in one of those guidebooks.”

39 of the most breathtaking natural wonders in the world
Colorado’s new Palisade Plunge is the ultimate mountain bike mega-trail
For the perfect day of hiking and Colombian coffee, head to Jardín
I felt safer traveling to Aruba during the pandemic than I have in the United States in months
This tunnel under the Baltic Sea will be the longest immersed tunnel in the world