Behind many of the most outrageous travel projects, like rock climbing in the Chadian desert or similarly going way off the proverbial grid, is usually some heavy corporate funding and logistics assistance. While it makes some impressive projects possible, it helps to remember that sometimes you just need to take the long way round to put the project together for yourself.

I chatted with three travelers — Ishtar Lakhani and Matt & Tracy Angus-Hammond — who are in the process of putting together an ambitious trans-African journey, about the experience of organising and funding a 22-country expedition from scratch.

RS: How did the trip come about? Whose idea was it, and what drew you together to attempt it?

Tracy: Matt & I have lived, traveled, and worked extensively across the continent, and the more we see the more we want to see! The continent is vast, diverse, fascinating, surprising, and bursting with hope, and we wanted to experience and share as much of this as possible. On a more serious note, we were constantly surprised at the stark difference between the way a place was portrayed and how it actually was on the ground. So was born #seeafricadifferently and my personal blog Believing in Africa as a way of encouraging people to see the continent in a new light, while not denying challenges and concerns, but re-balancing the overly negative portrayal usually shown by media.

These two different desires somehow merged into one idea of an epic adventure achieving all these things, late one night, probably around a fire. None of us can remember exactly, it was about 4 years ago now, but having met at Rhodes University [in South Africa] and all sharing the same passion for our beloved continent, we naturally became a team. A few nights later on the floor of our lounge the route was born, and since then we’ve planned and planned to make it happen!

Ishtar: After graduating university and living in India, I returned to South Africa where I had the shocking realization that I had only been to 4 countries in Africa! I spent the next few years taking any chance I got to explore my home country with the intention of slowly working my way across the continent. I had known Tracy (and subsequently Matt) from university days and knew if ever I needed advice on Africa explorations, they would be the ones to ask. Who knows exactly when the ‘T2T expedition’ came about? A combination of our passion for this continent, an annoyance at the stereotyped way that Africa is portrayed, and a love of adventure — all probably fueled by a camp fire — and the Tsitsikamma to Tatouine expedition was born.

RS: Most people are happy to just do ‘Cape to Cairo.’ What made you decide on your route?

Matt: The Cape to Cairo route is a fairly well-trodden one by now, to the extent that unless you’re doing it on stilts or something there’s nothing truly exceptional about having done the route. I have also always felt that West Africa in particular is neglected and underrepresented from a travel and tourism perspective, and that the traditional Cape to Cairo focus has contributed to that. So we had the notion to cross from south to north but also from east to west, as something that nobody we have yet discovered has done before. And since we were going to the continent’s four corners why not do it properly? Cape Town is not the southernmost point in Africa, neither is Cairo the northernmost point. So one night we sat down and pretty much joined the dots, incorporating everything we knew about the continent to devise the ideal route.

Ishtar: Deciding on the route was an amazing experience. The three of us come from similar academic backgrounds involving a love for Anthropology, Sociology, and Politics, and as such we each had a mental list of places we desperately wanted to go to. As incredible as the ‘Cape to Cairo’ is, we were keen to explore places that are not obvious destinations. There are incredible things happening in every corner of the continent and hopefully our route will reflect that. Also, we cannot deny our inner dorks. George Lucas shot many scenes of Star Wars in southern Tunisia, and Luke Skywalker’s home world of Tatooine was inspired by the town Tatouine where we’ll be ending our expedition.

RS: What have the challenges been in preparing for a trip like this, and how have you tackled them? 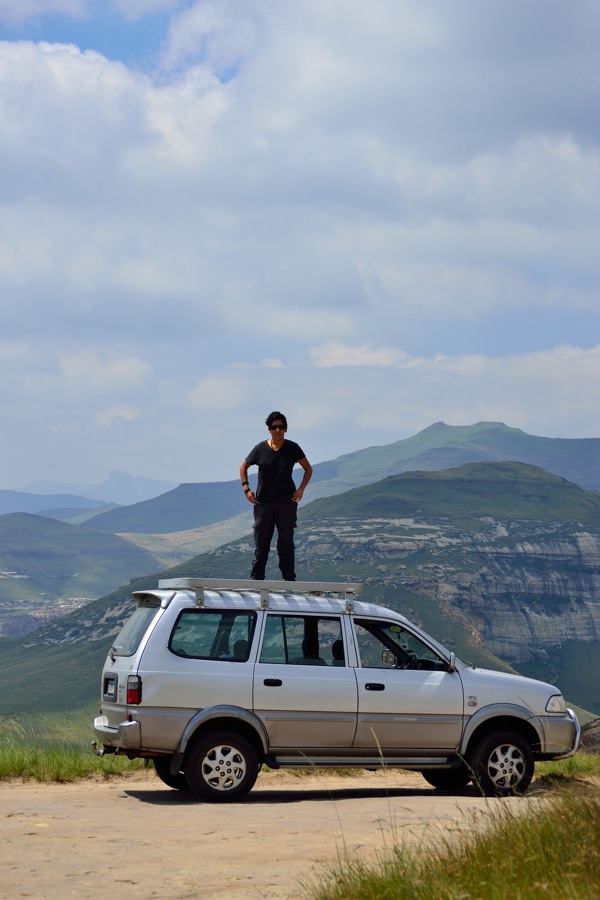 Tracy: In terms of the admin I’ve found that you just need to be diligent, organised, have extra copies of everything, and keep at it. When it comes to the route, Matt has spent hours poring over every map we can get our hands on, comparing various versions (which are never exactly the same) with what he can see on Google Earth, and working out the most likely reality on the ground from this. He has literally been at this for months, but I think we’re pretty much sorted now!

Matt: The biggest challenges have undoubtedly been paperwork and funding, in that order. While the funding challenge is an ongoing one, we have started the ball rolling with several sponsors as well as crowdfunding and other support initiatives and are confident we will get what we need by the time we go. The paperwork is in some ways much more daunting — we’ll be passing through 22 countries, so that’s 22 sets of visas, 22 temporary import permits and third-party insurance certificates for the vehicle, plus additional permits for specific areas and activities (such as gorilla tracking). Tackling the paperwork challenge has mainly been a matter of planning well in advance (we have been working on this for four years) and keeping up to date with the shifting requirements and restrictions that are in place for various parts of the route.

RS: Your route — in part — goes through the Central African Republic. By all accounts the place is an active war zone (at the time of writing this, 14 South African special forces troops were killed there over the weekend). Is this still on the cards? How are you planning to traverse what’s possibly one of the most unsafe spaces on the continent?

Matt: This type of question is one of the most frequent that Tracy and I get when people find out we travel in Africa a lot. “Is it safe?” people ask. The answer is a complicated one, as the notion of safety is one we all hold dear and yet rarely stop to think about. In terms of business travel my most regular beat takes me to Lagos, one of the most stereotypically “dangerous” cities in the world. But in over 50 visits I have never been a victim of violence or crime and have never felt unsafe. The same is true of visits Tracy and I have made to places like Kinshasa, Abidjan, Rwanda, and Uganda. As always, the news images and the reality on the ground tend to be very different.

Ultimately, safety in Africa (and everywhere else) is a matter of being smart, avoiding situations that could put you in danger, and above all engaging with and listening to local people wherever you go. The Central African Republic may be impassable by the time we get there, although this is far more likely to be due to administrative (the border’s closed) or environmental (the road’s flooded) factors than a bona fide state of war making it too dangerous to pass through. If that happens, we go to plan B or C. An alternative route, waiting it out, or catching a river ferry instead of a road are the most likely solutions. Ultimately we must remember that millions of people go about their daily lives in these places all the time, so there’s usually a plan to be made.

Ishtar: I personally feel that the response to conflict should not be an outright avoidance of it. All of Africa is often painted with the same brush and portrayed as a warzone filled with corruption and poverty, which I don’t believe is the case. I’m not saying that you must throw caution to the wind, but I find that if you are respectful and make informed, responsible decisions based on as much information as you can get your hands on, you will be fine (something I’ve been trying to explain to my mother).

RS: What would your advice be to others who are considering ambitious trips of their own, but are worried about taking the first risky steps to organising and setting off on them?

Tracy: Just do it — the more you think about it, the more reasons you’ll come up with for not doing it. Pick a date, start planning on a regular basis (we meet weekly and have been for a few years now), make some sacrifices in time and money, deal with each challenge individually as and when it arises, and before you know it you’ll be down to counting days before you leave!

Matt: The world is getting smaller and more convenient all the time, which is good in many respects. But it’s also finally closing the window on the great age of human exploration and discovery. The time to do something nobody has done before, or to travel to places people know nothing about, is running out. Ask yourself if, when you look back on your life many years from now, you’ll remember and respect the reasons you decided not to take that leap, not to embark on that great adventure. Or will you curse the opportunities lost because you were too timid to take the risk?

Ishtar: Choose the right people — that is, people that are as committed as you are. I’ve made many an imaginary plan to take over the world with many friends, none of which have come to fruition. I remember thinking years ago, ‘if I’m going to do this, it has to be with Tracy and Matt because with them, I know it will happen.’ After that just set a date and get on with it. If you are serious about it and willing to put the time, energy, and money into it, nothing is insurmountable. 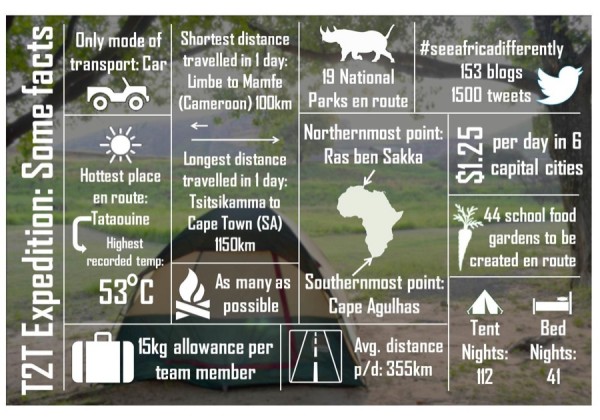 Tagged
Interviews Trip Planning Africa
What did you think of this story?
Meh
Good
Awesome