There’s an expression in Spanish that I once heard: “Soy ni de aquí, ni de allá,” meaning “I’m from neither here, nor there.” Welcome to the life of almost any immigrant child living a dual life in The States. Despite the USA glamorizing the concept of being a melting pot composed of various cultures, no one talks about the internal identity confusion immigrants face when they adopt a new culture, and in turn lose a bit of their own.

Here’s the reality: you can’t be in two places at once; well, not until Apple designs an update for that.

When I first left my city life in Rio to move all the way to North Eastern Connecticut as a five-year-old, I remember being many things, but the main feeling in my mind and heart was confusion. “Wait, we’re on a country?” “I’m leaving mine to go to someone else’s?”

It all happened so fast.

Before I could even process all of that information with my five year old brain, I was wearing my favorite red shirt, with a blue crochet hat sitting in a window seat of a plane en route to the new world. 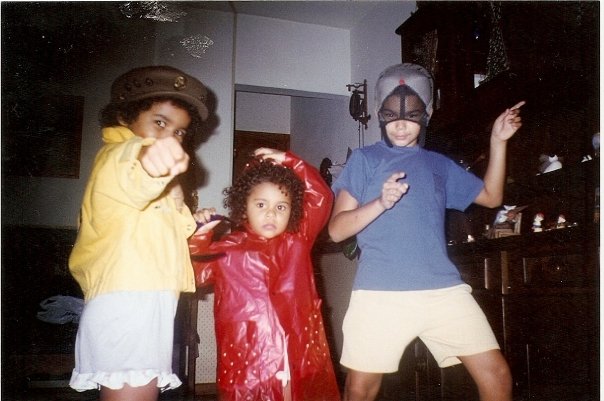 A few months prior, my mom broke the news that she was thinking about moving us all to “Os Estados Unidos.” She began explaining what that would mean for us and our lives, and my eyes lit up as if I was a little adventurer or something. She would get a new job, we would go to new schools. The highlight of it all was that we would have endless opportunities to accomplish whatever we wanted, but it wouldn’t be easy. I was excited for the challenge.

My older brother and sister had a sour feeling because they’d have to leave behind their school friends, while I was just starting to build friendships, so I couldn’t be upset, just confused. There was also no notice on if or when we’d ever go back to our homeland where our entire family stayed behind. I knew this move was going to be something big when I witnessed my aunts, cousins, and even father crying while saying goodbye at the airport.

We landed in JFK, and got a cab all the way to Connecticut, where we’d plant our new home base. Of course, within hours we found ourselves roaming the aisles of Walmart – the only outing that really makes you feel like you’ve ARRIVED in the USA — to buy my very first (and last) wool sweatsuit with stretchy cuffs at the feet. Felt so fly in my brand spankin’ new American outfit.

We lived with a family friend the first few weeks to get adjusted before finding our own apartment. My initial reactions were that everyone lived like they were rich; having built in carpets was such a luxury in my eyes. Other observations that crossed my mind were the extreme flourescent lights everywhere, trees looking like huge green cotton balls, and how crazy the language sounded with all the arrrss and theess that I thought my mouth would never be able to make.

Getting smacked with the reality of “I’m Different”

A few days later and I was already going to school with a bunch of Americans who had no idea where I came from. 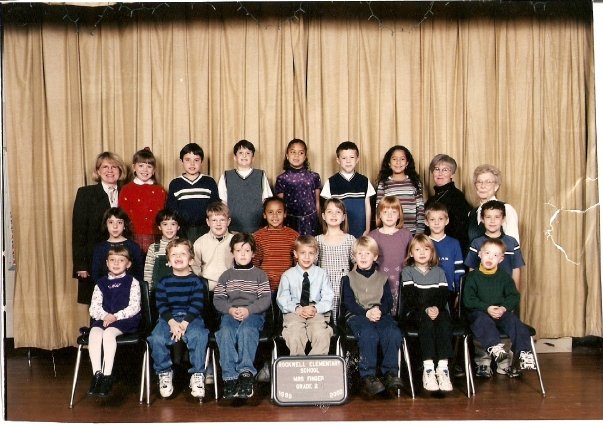 When I finally learned English, I understood their questions. They’d asked if I swam to The States, or if I used to live in a Tipi in the Amazon. They touched my curly hair and asked to cut it off to keep for themselves. All questions that became normal to me as the only foreign kid in the entire grade. Doing homework was always a nightmare. Despite barely speaking English, I was still expected to write a paragraph about a new book each night. Picture this: me, my mom, an English-Portuguese dictionary, and tears of frustration. This painful scenario lasted for at least three years, at least until I learned how to fully speak English after HOURS of studying flashcards, watching Barney, and attending ESL (English as a Second Language tutoring) taught by a teacher who only spoke Spanish and English, go figure.

But then, as my main problem was solved; I could finally speak English, a new problem formed; I started to lose my Portuguese and forget details about where I came from. Elaborate memories I had were now choppy bite-size flashes scattered in my mind.

As time went on, my Portuguese errors started becoming “cute” to my Brazilian relatives on the other end of the international phone calls. They’d tease me saying I was becoming too “American” and that I was losing my native language. As a kid, I was so embarrassed of sounding dumb in my own language that I refused to speak Portuguese.

That’s when I realized I was on the complete opposite side of this language struggle. Yes, I had learned English, but that meant that I was speaking Portuguese with an American accent.

I was stuck in cultural limbo: while my Brazilian family was accusing me of becoming American, my American peers and I both knew I wouldn’t be exactly like them despite walking the walk and talking the talk.

And because being multi-cultural is still something that’s so under represented and talked about, I never knew where I fit in while growing up. I just considered myself the “other.”

12 years after living in the USA, I finally went back to Brazil for a short 10 days to revisit my roots. I still remembered so much about my family’s houses and traditions of cafezinho in the morning. When it came time to chill and eat churrasco, I realized that I was more Brazilian than I gave myself credit for. But while I was enjoying every bit of rekindling my Brazilian flame, I knew that there was so much I appreciated about my American life: high speed wifi, using funny accents while speaking English, being able to pursue limitless opportunities. At that moment, I knew there were pieces that I loved from both sides, and fell in love with being in-between. 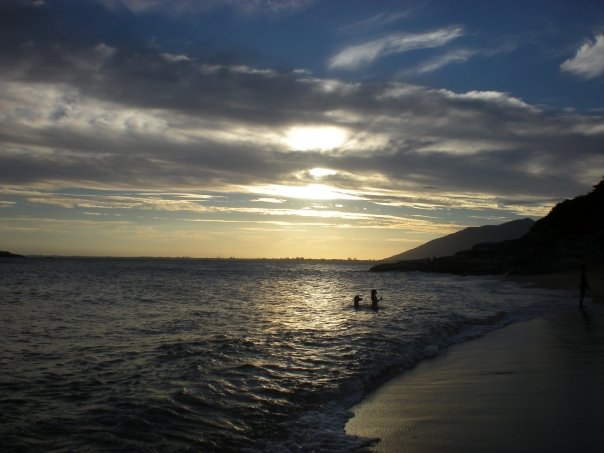 It’s been about seven years since I’ve gone back home to Rio, and now more than ever, I crave reconnecting with that side of myself.

The beauty of the in-between

And what if YOU too are a cultural “in-betweener” I suggest you stand up on a soapbox and preach all of the beauty that comes with being a bridge of culture. Yeah, you may not know everything about holidays, foods, music, and even your language may be a little bit accented, but it doesn’t change how your heart and mind is capable of connecting with two completely different groups of people. Go on boo, be in-between and be fabulous.

This article originally appeared on ShutUpandGo.travel and is republished here with permission.