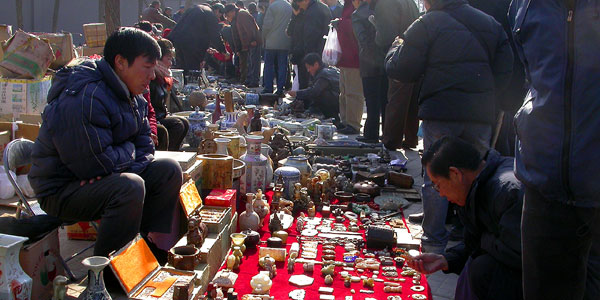 I have never seen a country with a more aggressive tourist industry than Thailand. You emerge from Hua Lumpong station and make your way to the southern exit. It takes a fraction of a second for taxi and tuk-tuk drivers to yell at the top of their lungs, “Hello sir! Taxi sir! Where you go!? Where you go?”

If you have a foreign face and need or want something, someone will try to take advantage of you at some point. Here are a few tips to getting what you want at the price you want, not just in Thailand, but across Southeast Asia. 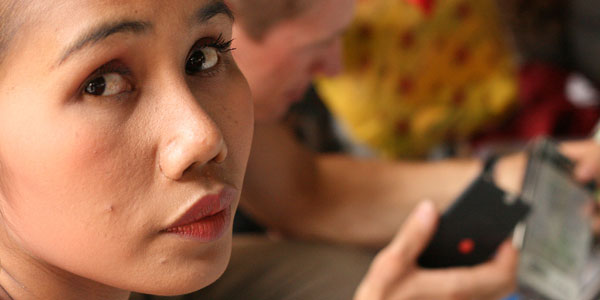 Even a few words in Thai can go a long way. Obviously this will work better if you are fluent and can prove to the driver that you’re not a ignorant tourist, but if you’re still learning, stick with the numbers.

Negotiate the price before you depart, or even get in the cab.

Most likely, if they peg you as a tourist, you’ll be asked for 3-4 times the rate given to a local. Here’s how to use “How much is it?” in Thai: Tao arai khrap (or kha, for women)?

There’s no such thing as a free ride.

Don’t ever accept a free ride from a taxi or tuk-tuk. Often drivers will drop you at their “friend’s” gem or gold shop and pressure you into buying something. You also might end up on a tour of the city, which was not included in the free fare. 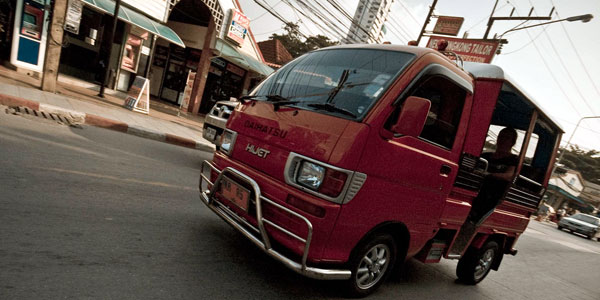 Photo above by René Ehrhardt

Navigating the Markets of Beijing

Before traveling to Thailand, I had slowly made my way from Osaka to China. Beijing was as familiar as ever: so much pollution that you can stare at the sun for minutes at a time, streets filled to the brim with cars and people, and never-ending construction.

Situating myself in the Sanlitun area, I found a clothing market close to the Workers’ Stadium. Surely I could find decent, cheap backpacks here – one as a carry-on, one for the open road.

I found what I was looking for in the corner of the basement, next to a selection of women’s “brand name” shoes. What followed was…

I made it seem as though I was just browsing, while looking at my watch and giving the impression I had something better to do than shop for cheap backpacks. In actuality, I was narrowing my selection. This didn’t stop the shopkeeper from giving her best foreigner sales pitch:

“Look sir, you want backpack? Look at the quality here! FEEL the material! This one from Hong Kong, not fake, good for you! Look sir!”

Don’t let them know exactly what you want.

Start asking about another item you have absolutely no interest in, then switch to the one you do want to buy. It’s a game, you see.

Listen to the opening price, then counter it.

The opening price will be more than ten times the manufacturing cost. You could buy it for less than cost, as the merchants really just need one ignorant foreigner to make a purchase at an inflated price.

Respond with your first offer. Name a price ridiculously lower than that requested. If they ask for 2000 RNB, suggest 50. 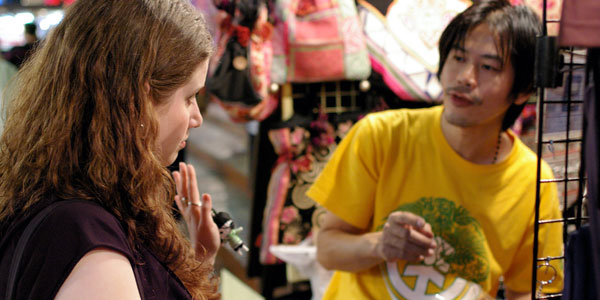 Photo above by Yan Pritzker

Naturally, they’re going to make some attempt to bring you back, most likely by gently grabbing your arm and acquiescing: “ok, maybe I can make a friend; you very smart, you must live in China.”

They’ll counter probably with something like what they said their bare minimum cost is for the item… 1200 or so.

Name a price slightly higher than that you previously requested… 55 RMB. “Are you joking? Not enough!”

Walk away again. Amazingly, the price which had been declared the “bare minimum” has fallen… 800.

Keep going through this until you end up at around 100-200 RMB, which is reasonable given a starting price of 2000. Walk away as many times as it takes, and don’t waver – despite everything they tell you or try to guilt you into paying, they know exactly how much it costs and how much profit they’ll make if they can just get that one buyer who doesn’t want to go through the trouble of haggling.

In general, whether you’re passing through the aforementioned countries or spending time in Cambodia, Laos, or Vietnam, the same advice applies to not getting mugged abroad: don’t flash cash. Try to speak as much of the local tongue as you can.

And, as anti-traveler an idea as it is, don’t try to make friends…

I’m not saying you couldn’t meet a potential friend in the Thai tourist industry, but there would always be that nagging question: is it me he likes, the internationalization I bring to his shop, or my wallet? 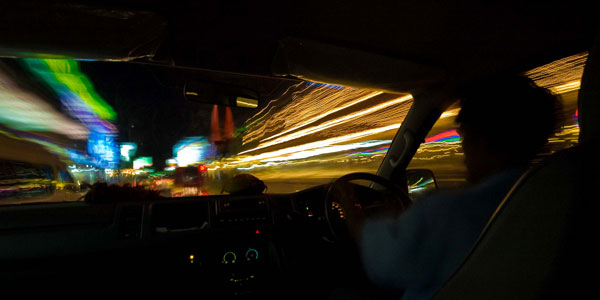 Photo above by René Ehrhardt

But as travelers we must remember that this can be the truth. Don’t needlessly press those asking an extra 1 USD for a T-shirt, or quibble when a taxi hikes the fare by 30 cents.

Know when to walk away and how to play your part: if you’re sporting a $300 pair of Oakleys and arguing over the price of a 20 RMB dragon statue, you’re only going to make a fool of yourself and every vagabond following in your wake.

On the flip side, however, you shouldn’t cave to the bloated asking price without so much of a word of protest because you’re in a hurry or not in the mood for a good old-fashioned haggling; letting merchants believe they can get away with such deals will only drive up prices and could cause even more inflation.

Want more advice on haggling worldwide? Check out our guide, How to Haggle.

There are only 15 lesbian bars left in the US, and this new campaign is out to save them

This holiday season, gift yourself a break at one of the best wellness resorts in the US

BIPOC anglers take a stand for inclusivity in fishing

14 perfect gifts for women who love to travel

Thailand will soon allow tourists to stay for nine months

Thailand gives back to heroes