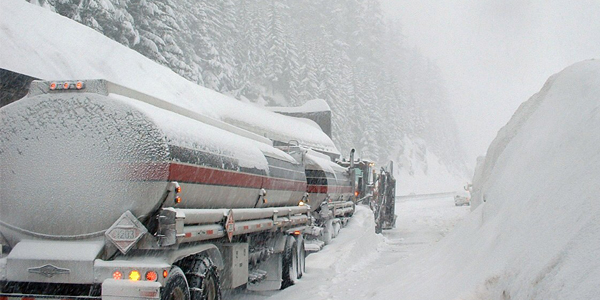 Feature photo by flicksta. Photo above by wsdot.

Avalanches kill numerous people every year, but the danger can be lessened with proper knowledge.

A Mack truck of snow, cascading at 100 mph, bears down on you. The ground shakes, thunder fills your ears, and everything goes white.

What do you do?

Each year, avalanches claim 150 lives worldwide. The majority of victims are backcountry recreationalists—skiers, snowmobilers, climbers, and snowshoers who venture into unpatrolled terrain.

The good news: Most avalanches are triggered by the very people they ensnare, and can therefore be prevented with the proper mix of know-how and caution. 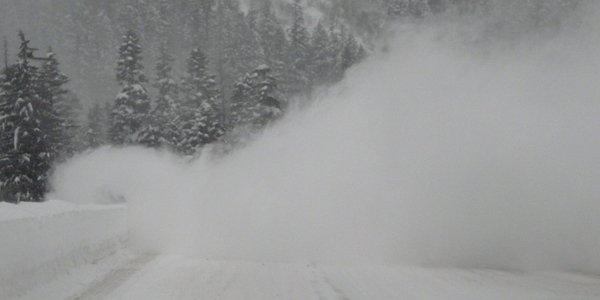 An avalanche is easiest to survive when avoided altogether. Knowledge and experience are essential here, so before you take on the backcountry, take in an avalanche safety course.

You’ll learn skills like identifying suspect terrain. While an avalanche can occur at any grade, 30–45-degree slopes are most susceptible. Bowls and gullies are always risky.

Signs of past avalanches, such as a treeless chute cutting through an otherwise wooded pitch, are telltale. If an avalanche has run once, another is inevitable.

Slides begin on slopes, but standing complacently on the valley floor can put you in even greater danger. Pick out likely runout zones, where all the snow and debris will end up after a run, and steer clear.

Visual clues alone are not enough to assess avalanche risk. Much depends upon the makeup of the snow itself.

Snowpack is composed of different layers, some cohesive, others loose and light. A dense slab resting above a weaker layer requires only the slightest trigger to slide. Know what’s under you—perform snowpack tests frequently during an outing.

Every backcountry trip should begin with a thorough investigation of current conditions. How much snow has fallen? What temperatures can be expected? Which direction is the wind blowing? Have avalanche warnings been issued?

With links to avalanche centers throughout the world, avalanche.org is a great resource.

Don’t get bogged down by jargon in your research. This handy encyclopedia will help you keep those terms straight. 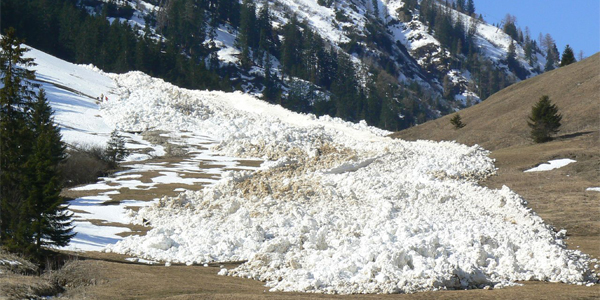 Next comes the hardware. A comprehensive gear list for backcountry excursions can be found here.

Most important is the beacon, a device capable of emitting and receiving a pulsed radio signal. All beacons function at a frequency of 457 kHz, regardless of manufacturer.

If you’re buried by an avalanche, a transmitting beacon represents your best—perhaps only—chance of rescue. Those searching for you, with their beacons set to receive, can pinpoint your location to within a couple feet.

Obviously, beacons only function when used together. Make sure everyone in your party carries one, and NEVER go into the backcountry alone.

Once the beacon has done its job, long, skinny poles called probes are stabbed into the snow to determine your exact position. Finally, a shovel is the most efficient method for extracting you.

Other backcountry tools, including slope meters and snow saws, assist in your analysis of avalanche risk. None of these specialized devices are self-explanatory; practice makes perfect. Your safety course will lay the foundations, but it’s up to you to hold refreshers throughout the season and prior to any trip. 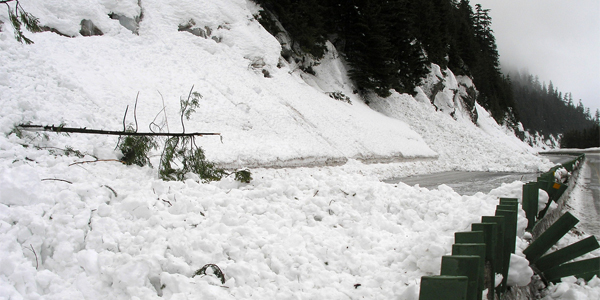 Even the best prepared and most experienced can fall victim to an avalanche. The documentary A Dozen More Turns chronicles one such story.

How should you react to the worse case scenario?

During any precious seconds before the avalanche hits, ditch your gear, which will only weigh you down. (Your beacon should be attached to clothing beneath your jacket.) Crouch low facing downhill, cover your mouth and nose, and brace for impact.

Around half of all avalanche deaths result from blunt trauma—being smashed against a tree or rock. Controlling this factor is impossible. Instead, concentrate on preventing the other killer: suffocation or hypothermia from burial.

Remain at the surface of the slide. Move your arms and legs as if you were doing the backstroke in a pool. Your muscles will meet much greater resistance in snow than in water, so don’t hold back. Use all your strength to avoid getting pulled under.

Too often, the torrent of snow is inescapable. But even buried within it, there are ways to increase your odds.

As the slide slows, punch your hands out in front of your face to create an air pocket. This must be done quickly, for immediately after the snow stops it will harden.

No matter how large the air pocket, your oxygen is limited. Remain as calm as possible, taking slow, measured breaths. Shout only if you think someone is very close, as the snow will muffle the sound.
All you can do now is wait and trust in the competence of your companions. 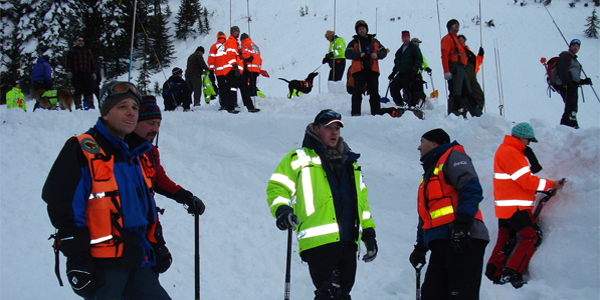 Just as you’d want a capable rescuer to come to your aid, you must be prepared to do the same for a victim in your party. In the backcountry, miles from civilization, you are their sole hope of survival.

As the person tumbles with the avalanche, maintain visual contact, carefully noting their last visible position if they go under. This will mark the upper boundary of your search area.

When approaching the slide zone, be wary of triggering a second avalanche. You can’t help anyone if you become buried yourself.

Scan for visual clues first: a backpack, a ski pole, a hand sticking out of the snow. Lacking these, it’s beacon time.

Your search pattern will depend on the size of both the rescue group and the search area, as will your probing strategy once you’ve homed in with a beacon. A skilled, properly equipped team can find a body in under five minutes.

After 15 minutes of burial, fatality rates skyrocket. However, survivors have been pulled from avalanches hours after being covered, so don’t give up unless exhaustion is endangering your own safety.

Once the victim is located, dig downhill from them, exposing the head and chest as quickly as possible.

Headed to the backcountry? Check out A First Timer’s Guide to Backcountry Skiing and Snowboarding, and 8 Pieces of Gear To Keep You Warm and Safe in the Backcountry.

Volunteering on national public lands is easy and very gratifying. Here’s how to do it.
For solo female travelers, camping alone can be unexpectedly freeing
The Hunt for Beyondland: The Great American Family Road Trip
Everything Americans need to know about traveling to Mexico right now
The 5 best US cities for coffee lovers

The Hunt for Beyondland: The Great American Family Road Trip