02:48 Jul 9, 2020
Top Countries
Top CitiesView All Destinations
Trending Countries
Trending Cities
Load More
If the idea of a round-the-world trip is eating a hole into your otherwise peaceful life, let Lara and Tom over at World In Slow Motion show you how to pull it off without burning up massive amounts of diesel fuel in the process.

LARA AND TOM are taking a 10 month trip around the world. . . without flying. You can do it, too—using the following lessons from the World In Slow Motion team as the how-to guide to get you started.

1. Plan your ocean crossings first (and well in advance!).

One of the first things Lara and Tom began investigating was how to cross the Pacific Ocean by ship. They discovered several tour operators who book passages on cargo ships; through these operators and their own Internet research, they came up with a plan.

They’d originally wanted to go from Asia to Central America, working their way up to the U.S. Shipping routes, however, follow international trade,and there aren’t many connections between certain places–for example, Shanghai and Tegucigalpa.

So they booked their passage from Hong Kong to Long Beach, and altered their route to do a loop down through the southwestern U.S all the way to Guatemala, then back up through Mexico to New Orleans and the East Coast of the U.S.

In planning an ocean crossing, you have to make a few executive decisions beforehand about departure or arrival points. If the Caribbean or Brazil are absolute musts on your RTW itinerary, you might need to nix a trip through Asia.

Keep in mind that certain routes are more popular than others, and as the number of passengers cargo ships can take is quite limited (usually topping off around 10), it’s important to book well in advance. The World In Slow Motion team recommends three to six months, depending on the route.

In Japan, it’s possible to purchase a rail pass which, while costly, allows one the freedom to travel almost anywhere in the country (in style!)

The Eurail pass and the USA Rail Pass (yes, this actually exists) also offer ways to save on large stretches of train travel. 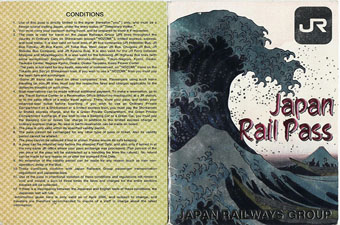 Checking out these options beforehand helps both with route planning and saving money. It’s also a good idea to investigate the train/bus systems in particular countries. In China, for example, train tickets can only be bought from one’s departure city—that is, tickets leaving Beijing for Shanghai can only be bought in Beijing.

During holiday periods, trains will fill up beyond the grasp of human imagination. On popular routes, trains tend to be quite full all the time, and you might find that the only available seats are in “hard seat” (which is just what it sounds like) or standing classes.

Also, as most anyone who travels around the U.S knows, getting to certain places without a car can be quite an ordeal. What to do? Couchsurf, as Tom and Lara did ( in Elizabeth Taylor’s old house, no less), and use the power of Craig’s List and forums like Matador’s Travel Partner forum and Lonely Planet’s Thorn Tree in order to hook up with rideshares.

The WISM team had luck with Craig’s List and even ended up scoring a 600 mile ride from Phoenix to El Paso from an enthusiastic American swept up by the idea of their trip.

Traveling overland can come with more bureaucratic hassle than hopping from airport to airport. For one, there tend to be more visa difficulties. This is particularly true where the U.S of A is involved.

Lara and Tom found that they were not qualified for the British visa exemption if they arrived in the U.S by ship, so they had to go through the whole (lengthy and costly) tourist visa application process. Many countries have similar visa regulations that apply to overland (or sea) arrivals only.

Make sure you double check the fine print and verify you have your paperwork sorted out beforehand.

There came a moment in Beijing when all the train tickets were sold out, and Lara and Tom thought, “Wouldn’t it be nice to fly?” They stuck it out and ended up appreciating their extra time in the capital and their ensuing cross-country train journeys.

The idea is to balance careful planning with the roll-with-the-punches attitude necessary to navigate the messier, more local, less systematic world of overland travel.

Cram your head, notebooks, and laptops full of info, make sure you jump through the necessary bureaucratic/logistical hoops ahead of time, and then allow yourself that inch (or two, or three) of flexibility to take advantage of what travel fate offers up.

5. Tell the world about your journey. 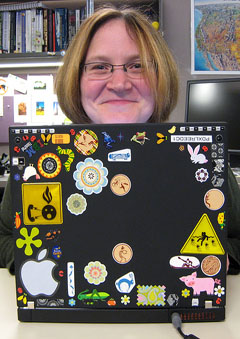 Start a blog, write an article, e-mail your friends and family… the more information about local, sustainable overland travel, the better, particularly at a time when jet fuel is guzzled like water and a transatlantic flight is, for many, akin to a quick drive around the block.

Etch out the local, regional details, the differences and continuities between places as you bump and jolt and glide over the Earth. Not only will sharing your experiences open up new possibilities for other travelers, it might also open some doors for you along your journey.

People want to be part of grand ventures they can relate to and believe in.

And most of all, savor the feel of traveling at a human speed, seeing, as Lara and Tom have done, the world in slow motion.

Follow Lara and Tom at World In Slow Motion.

If your interest in slow traveling round the world has been piqued, check out a guide to traveling by cargo ship or some detailed advice about planning rail journeys.

For solo female travelers, camping alone can be unexpectedly freeing
The Hunt for Beyondland: The Great American Family Road Trip
The world’s 5 most beautiful alphabets you’ll never learn to read
7 spectacular national parks to visit this fall
Before you head outdoors, be sure you’re respecting sacred grounds