“Want to go on a walk?” It was too dark to see Mousin’s face, but the stars and the Milky Way did a good enough job of casting him: shoulders swelling with Berber pride, even with a limp from a probably broken, hastily bandaged ankle.

It’d been a good day — a long day — and a day full of firsts: my first cedar forest, my first wild monkey encounter, my first oasis, my first taste of the Sahara, and my first time on a camel. A damn fine day indeed.

We set off into the unending grey slopes of the Sahara and the infinite, inky black of deep space. The sand was cooling down, but under the surface, when your toes dug in a little, you could still feel the warmth of the sun.

Twenty or so paces out, the fire’s light became mostly swallowed up by the night, and millions of suns were poking through the unceasing abyss of the night sky. Their combined light — ancient as it was — was enough for my eyes to make out shapes and slopes, but not enough to illuminate the camel pellets that I’d been stepping on.

The darkness made it much more bearable, the camel dung, whose creators hornked and bellowed when we walked by. I jumped, not imperceptibly. 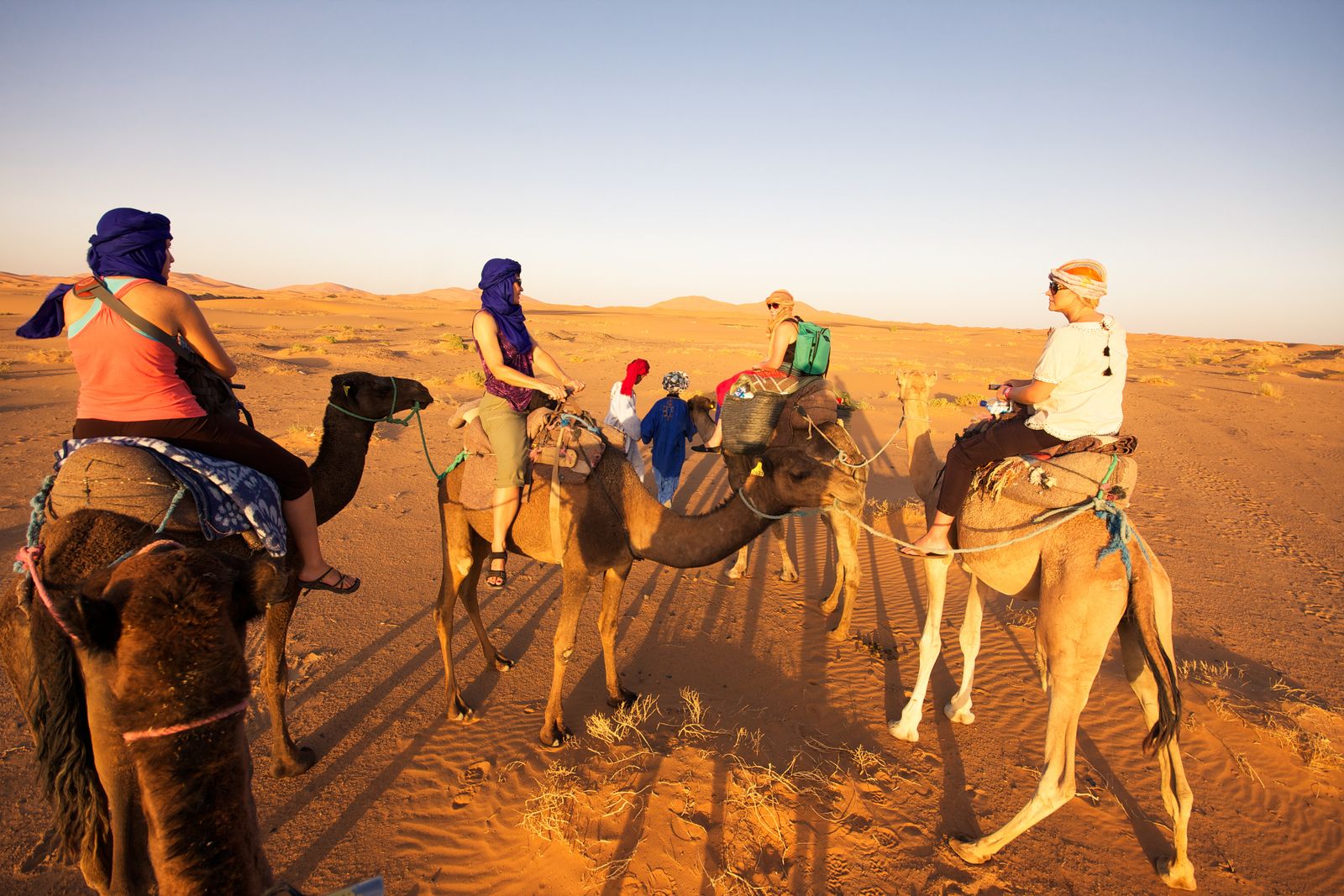 “Yeah, a little. It was a long bus ride. Plus I had to make sure we got to the riad, that everybody’s stuff was safe, and that everyone packed and got ready and relaxed a little before we headed out.”

It was a tall order, no doubt. Sixteen people from Seattle, almost all of whom were cranky from a half-day bus ride, had to be unpacked, re-packed for the desert, bathed, relaxed, and slightly recharged before embarking into the dunes on camels. That was all this afternoon, and the more I thought about it, the more he’d earned that cigarette — and the more I wanted one.

By this point, we were about 200 yards from the Berber camp. He took off his expertly tied headscarf, folded it, and laid it on the sloping sand of a dune. We sat back and stared up into the stars.

“How is it being married?”

“Man,” he said. The star-specked shadow of night couldn’t hide the grin in his tone. “It’s so good. So hard, but so good.”

“So hard,” he said. “She’s still learning so many things. You know, kissing my father’s hand when she sees him, things like that. It’s really hard, but she’s learning.” He laughed lightly through his nose, “I love her so much.”

We talked about other things — things I promised not to tell anyone, some of which I’ve forgotten. They were mostly mistakes, and as we spoke, they dissolved into the cooling desert air. I can only hope their gravity never escapes me. 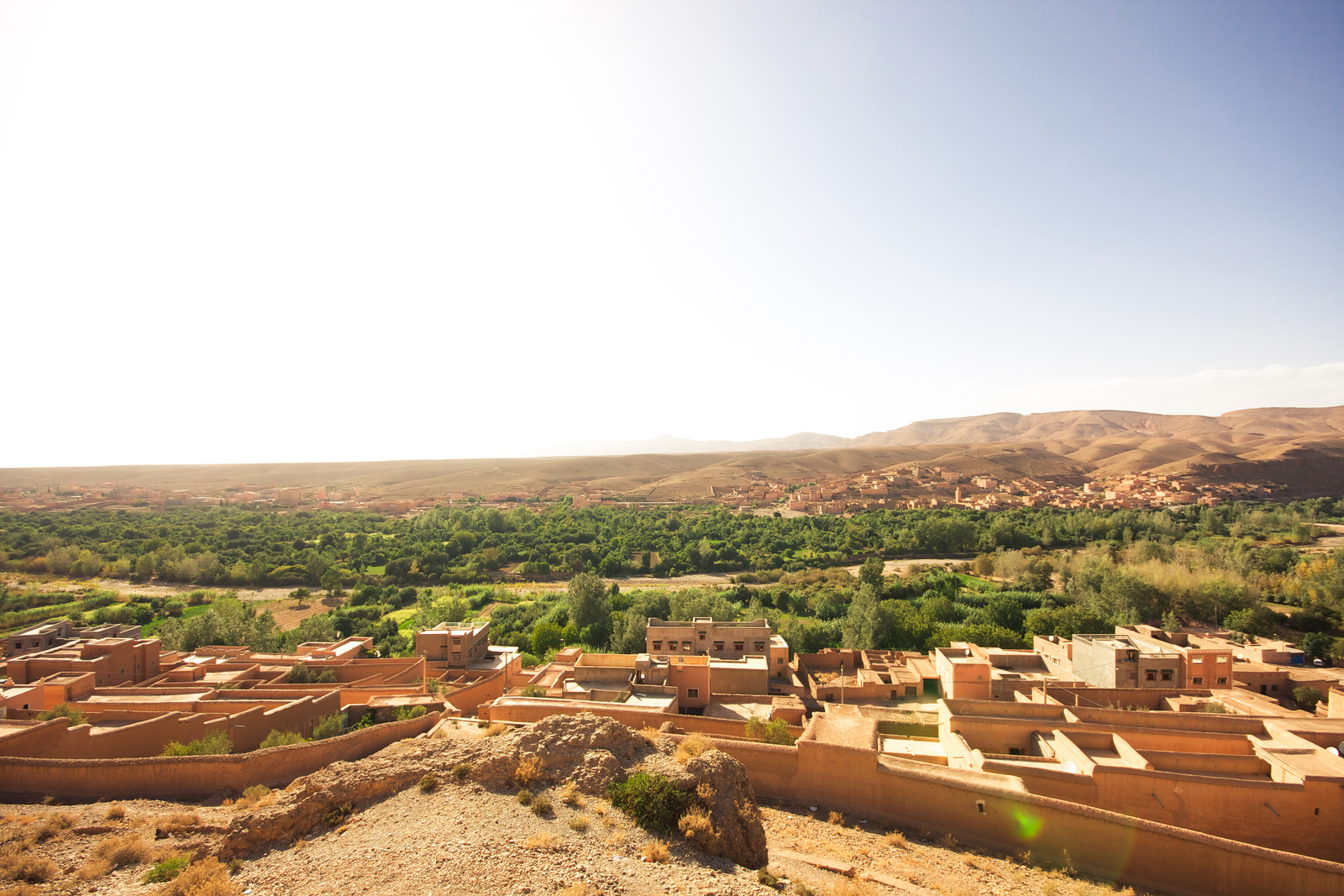 There was a rustle a few yards off that slid thorough the darkness and down the dune in front of us.

The shuffling came closer, and we were greeted by one of our guides. I nodded invisibly in the darkness. I listened to their conversation, and watched as the guide dug a lighter out of a pocket. Mousin lit up, illuminating the three of us with a flash of flint and magnesium. As the butane burned, I noticed the guide was the leader of my camel troop, and I saw Mousin’s eyes stare deeply at the glowing tip of his Marlboro.

“Bsalama,” said the guide as he ducked back into the night.

We both turned and headed down the dune and up the other side.

“Nah. I used to do this kind of thing all the time, but when I’m in Meknes for so long, I miss it. It’s nice to see it again.”

“I don’t think I’ve ever seen this many stars. It’s pretty incredible. The only time I’ve ever come close is when I visited my girlfriend’s old house, out in the middle of nowhere in Alaska. And even then, this has it beat.”

“What’s your girlfriend like?” he asked. I could hear his head turn towards me, “Is she hot?”

Smiles are contagious, even in a moonless night.

So there we were, in the northwest corner of the Sahara, smiling invisibly and talking about girls, staring up at the pin-pricked infinity above us. We were two grains of sand in an ocean. We were lost, but cradled in something so much larger than ourselves: a Muslim, wise, married, and smoking a cigarette, and a Christian, not nearly as daring as he liked to think himself, and wishing very much that he hadn’t refused the smoke — wishing very much he had lost himself a little bit more.

This post is proudly produced in partnership with SanDisk.
Tagged
Narrative Morocco SanDisk: Telling Life’s Stories from Memory
What did you think of this story?
Meh
Good
Awesome
✖
travelstoke
Download the mobile app
stoked by